Once an Australian rite of passage, climbing Ayers Rock – known today by its Aboriginal name, Uluru – will be banned beginning Oct. 26. To the local Anangu people, the giant red sandstone monolith, smack in the heart of Australia’s Red Centre, is sacred ground. For decades, they had asked people not to scale the formation, and now, after half a century of their spiritual place being treated as an amusement park, the traditional owners will have their rock back when the chain-link climbing fence (installed in 1966) is removed.

The ban was not met without controversy, of course. Many in the tourism trade worried that Ayers Rock Resort, located just 15 kilometres from Uluru, would suffer. But the opposite has proven true. As travellers become increasingly aware about and respectful of Indigenous culture, the number of climbers has dwindled to below 20 per cent of visitors and capacity at Ayers Rock Resort has topped 80 per cent. The newfound appeal of Uluru as a natural, cultural and spiritual phenomenon to savour – rather than conquer – can be attributed to the evolution of societal attitudes, as well as to a range of outdoor activities and dining experiences developed in the past five years.

More than 100 fun, educational and gustatory activities are now available at Uluru-Kata Tjuta National Park and Ayers Rock Resort, including sunrise and sunset tours, Segway tours, tandem skydiving, al fresco dining experiences, art galleries and installations, cultural workshops and more. Below are some of our favourites.

Experiencing sunrise or sunset at Uluru or Kata Tjuta

There’s nothing quite like laying eyes on the rock formations of Uluru and Kata Tjuta (another sacred rock formation 40 kilometres west of Uluru and part of the national park) at sunrise or sunset. As the sun kisses the prehistoric stones with golden light, the rocks glow ochre red and burnt sienna. Visitors can choose to witness the otherworldly, near-religious spectacle of the changing colours and textures of the rocks from one of the five dedicated viewing platforms, breathing in the ancient soul of the desert. Alternatively, take a gentle walk around the base of Uluru, following in the footsteps of the Aboriginals, or challenge yourself with the steep Valley of the Winds morning walk and immerse yourself in the Martian landscape and domed shapes of Kata Tjuta, which means “many heads.” Small group tours led by knowledgeable guides from SEIT Outback Tours who teach participants about Indigenous culture and creation stories. From 70 Australian dollars ($65).

The Field of Light art installation by internationally acclaimed British artist Bruce Munro has proved so popular that the exhibit has been extended for two years, until December, 2020. Set in a field at the foot of Uluru, the installation blankets the equivalent of seven soccer fields and is comprised of more than 50,000 slender stems crowned with solar-powered lollipop-like frosted spheres that bloom and change hue in low light. Viewers are drawn into a labyrinth of pathways flooded with soft, rhythmic light under a night sky brilliant with stars. Tourists can experience the work in a variety of ways, ranging from a standard pass to a star pass (includes sunset canapés accompanied by Australian wines on a dune overlooking of Uluru) to the Sounds of Silence, an al fresco three-course dining experience featuring “bush tucker” ingredients – local spices, seeds, herbs and animals that Aboriginal peoples have been eating for tens of thousands of years, such as bush tomatoes, finger limes, lemon myrtle, quandongs (wild peach), Kakadu plums, kangaroo, emu and insects. The meal is followed by a stargazing talk. Prices from 43 to 265 Australian dollars.

Like the Sounds of Silence, Tali Wiru, or “beautiful dune” in the Anangu language, highlights bush-tucker gastronomy, but at a whole different level. This exclusive evening, the pinnacle of gourmet dining at Ayers Rock Resort, caters to only 20 guests a night and is set in a more remote location on a private dune offering breathtaking vistas of Uluru and Kata Tjuta. The dinner begins with canapés and sparkling wine as a musician plays his didgeridoo in the background, followed by a four-course dinner paired with Australian wines and a stargazing session after dessert. The evening concludes with guests seated around a campfire sipping port, cognac and coffee/tea as they are regaled with Aboriginal stories. From 375 Australian dollars per person.

As well as the pricey Sounds of Silence and Tali Wiru dining experiences, Ayers Rock Resort offers free bush-tucker journeys led by an Indigenous guide, often the charismatic and hugely entertaining Leroy Lester from South Australia. During the Bush Yarn, an aboriginal storyteller will recount tales of the skill of a traditional hunter and demonstrate how he used his spears, clubs and boomerangs. On the daily Garden Walk a guide leads participants through the garden behind the Desert Gardens Hotel explaining how Indigenous women gathered the local plants and insects used in bush foods and traditional medicines.

At Ayers Rock Resort, guests can join a free intimate dot-painting workshop at the Circle of Sand led by an Aboriginal artist who will teach participants about the various symbols used in this local art form before they’re provided with paints and canvas board to capture their own life journey. Other free daily workshops include didgeridoo playing, Indigenous cultural theatre, spear and boomerang throwing, and storytelling.

The writer’s travels were subsidized by Tourism Northern Territory. It did not review or approve this article.

The Riverland: Unwind in a charming corner of Australia that locals love
Subscriber content
May 7, 2019 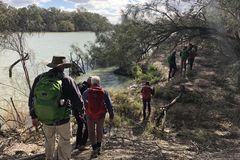 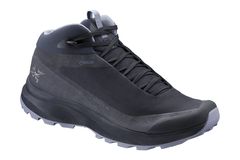 Cruise guide: From small-ship sailings to the world’s largest liner, find out what’s new on board and onshore
Subscriber content
April 24, 2020 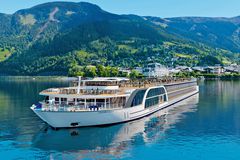