It’s a border crossing to nowhere – but that doesn’t stop the gruff-looking guards from taking their jobs seriously. Looking out the window of our minibus, it’s clear that the Cold War vibes are new again, and these men, outfitted in big Russian-looking hats and uniforms straight from the Soviet side of Checkpoint Charlie, are popping trunks, scrutinizing documents and otherwise impeding free flow along this roadway that is all, technically, inside a single nation. Crossing under a grand seal emblazoned with a hammer and a sickle, we pass over to what, on paper, and in the eyes of the world, is just a thin strip of land on the far side of the Dniester River – headed for three days into a country that doesn’t exist.

Transnistria has its own flag, its own currency (complete with colourful plastic coins that look like Skee-Ball tokens) and grand monuments to the Transnistria War, a war of independence that didn’t actually produce independence. What it doesn’t have? Real recognition from any other country on earth.

An almost-Soviet republic that sits in the remotest corner of Europe, land-locked between Ukraine and Moldova (and technically part of the latter), this is a territory where Latin meets Cyrillic, Russian meets Romanian and East meets West. Designated an autonomous unit by Moldova, Transnistria (formally known as the Pridnestrovian Moldavian Republic) was formed after the dissolution of the Soviet Union, the result of a ceasefire in July of 1992. Since then, the 4,100-square-kilometre territory has operated as a semi-presidential republic that runs its own postal system, commands its own military and sings its own national anthem.

Travelling with a small group as part of a tour organized by Intrepid Travel – the first major tour company to offer itineraries here – we visit the Bender Fortress on our first day, soon after being cleared by those austere border guards. Built in 1538 from local lime, clay, sand and the whites of chicken eggs by Suleiman the Magnificent, the fortress sat at the crossroads of two empires. The Dniester River – which snakes right by, smaller than I’d imagined – once formed the border between Ottoman and Russian lands. The fort was won and lost by both sides a number of times. It was here at Bender where the first shots of the Transnistria War were fired.

After walking through the now-dry moat, we wander around the curious collection of stuff inside, past stocks and a swing set and a catapult, as well as a shooting gallery (I plunk down two rubles and try my hand with a crossbow). Afterward, sipping a cool drink and sitting at a collection of picnic tables in the sun, I chat with our guide, a friendly young woman in a fedora, about life here. “People think this is a closed, secret territory, like North Korea, but it’s not true,” she says, in excellent English. “We want more tourism.”

More and more visitors are coming here from North America, Western Europe, even Japan, she adds. They dance at the VVP (Vladimir Vladimirovich Putin) club in Tiraspol and enjoy the parks. The day-to-day pace, she says, doesn’t move very quickly. Swimming in the river is one of her favourite pastimes. “There’s a slow rhythm of life. It’s green. We inhale the fresh air.”

Our group settles in for two nights at the Hotel Russia, a comfortable and reasonably modern multistory hotel right in the heart of Tiraspol, Transnistria’s capital and only city of any size (with almost 150,000 residents). The city feels, appropriately enough, like a place caught between the past and the present. Making our way along the broad, and curiously empty Strada 25 Octombrie, so-named for the 1917 October Revolution, we pass the consulate of South Ossetia, another country that doesn’t exist, as well as a number of ATMs that I’ve been warned not to use as they may not be linked into the international banking system.

Business at the shops seems slow, and just a smattering of diners sit on the patio at a Turkish-themed restaurant. At the national parliament – called the Supreme Council – a statue of Lenin, his cape perpetually stiff in an unfelt breeze, stands watchful. Across the road, near the independence monument, a Second World War-era tank sits on a pedestal, its gun permanently raised to the sky.

But the place, it must be said, produces some truly excellent caviar. On a sunny weekday afternoon, we visit the Aquatir Sturgeon Complex, a farm consisting of a series of tidy, low-slung buildings out on the edge of town. Donning white button-down coats and pull-on booties, we proceed past a couple dozen big, round pools. Inside, three types of sturgeon – hundreds of them in total, some as big as 40 kilos and lively enough, I’ve been warned, to jump up and knock down a wayward camera – churn the dark waters. Sourced from the Black Sea and completely organic (they’re fed a diet imported from Western Europe), these frighteningly huge fish produce an annual haul of five tonnes of caviar.

The tour ends with a sampling, and we settle into old-fashioned wooden chairs at the sole table in the tasting room. I’m no caviar aficionado, but the trophy case to my left testifies to Aquatir’s success at a number of international competitions, and they export their product as far as North America. The stern-looking man conducting the tasting informs us in a thick Russian accent that, under normal circumstances, he would administer the caviar with vodka, but since it’s early in the day, we will instead sip a bubbly Brut. Following his instructions, I allow the black caviar to sit on my thumb for 10 seconds before eating it. The first, a sterlet, is salty. The second, a bester – a hybrid of sterlet and beluga – is well-rounded and delicious and, I’m told, sells for US$100 for just 50 grams.

Later we also try some Cognac at KVINT, a company founded here in 1897, with a bottling facility right in the heart of Tiraspol. Officially calling their product “Cognac-style brandy” (only France can produce actual Cognac), they have a long and illustrious history, with Yuri Gagarin even smuggling a bottle into space in 1968 (afterward, they made a special edition in his honour with his face on the label).

Walking out, a bit unsteady from all the time travel, we stop to take photos of a meticulously detailed vintage Volga automobile parked on the street. As we snap away, the car’s owner surprises us, coming out of nowhere and climbing into the driver’s seat. An older man with a friendly smile, he beckons to the few of us closest to the vehicle, offering us a drive.

The thing rides like a dream, but we don’t go far – just down the road to the main railway station, a hulking structure with no passengers at all – no departures, no arrivals – and mossy green grass that threatens to overwhelm the tracks. Climbing out of the back seat, I say a hearty spasiba (thank you), waving as the man glides away, turning the big wheel and rolling back to the street. A weird and unexpected experience, to be sure – but it’s truly just another day in Transnistria.

Intrepid Travel includes a standard two-night stay in Transnistria as part of their 13-day Moldova, Ukraine and Romania Explorer Tour. It’s enough time to become immersed in this curious place. Groups are kept small (capped at 12 people) and a trip leader local to the region provides insights along the way. From US$2,630: intrepidtravel.com.

Lufthansa flies into Chisinau, the Moldovan capital, so those flying from various Canadian cities (including Toronto) can reach the country with just a single connection in Germany: lufthansa.com

The writer travelled as a guest of Intrepid Travel. It did not review or approve this article. 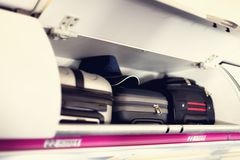 On a trip to Alabama, I showed my teen son the history of the civil rights movement
August 10, 2018 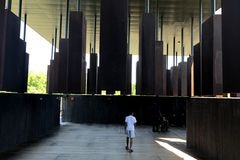 Your guide to travel etiquette in the digital age
July 30, 2018 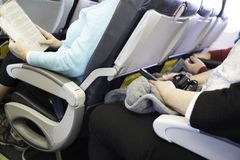