What do Peru’s Machu Picchu, the Roman Colosseum and the Anne Frank House in Amsterdam have in common? Aside from being enormously popular among travellers, all three use timed-entry ticketing to keep crowds in check.

One of the three is not like the others, however. While a wide range of entry times are available online for the Incan and Roman ruins, most if not all of the slots for the Dutch biographical museum are snapped up soon after they go on sale two months in advance.

Such are the vacation pitfalls of supply and demand. Machu Picchu’s 10.6-hectare Citadel can accommodate thousands of visitors daily, with several hundred admitted each hour. The Colosseum maxes out at 3,000 occupants. The recently renovated Anne Frank House, on the other hand, typically admits less than 50 visitors at a time, with total occupancy hovering around 300 people.

In short, planning ahead in 2020 is all about knowing what fills up fast – beyond obvious candidates such as the Tokyo Olympic Games and UEFA European Football Championship – and knowing when to book. That’s where this planning guide comes in.

Galaxy’s Edge, Walt Disney World, Orlando: While you can’t pre-book an entry time for the new Star Wars-themed land in Disney’s largest theme park – even if the Force is with you – you can reserve experiences such as building your own droid, fashioning a custom lightsaber and sipping a Jedi Mind Trick cocktail at Oga’s Cantina up to 180 days before your visit.

This is especially advantageous should Galaxy’s Edge hit capacity and require timed-entry “boarding passes,” which are issued via the Walt Disney World app on a day-by-day basis. Book one of the aforementioned experiences, and entry is guaranteed up to one hour before your reservation.

Passion Play 2020, Oberammergau, Germany: Performed once every 10 years since 1634 (with a few notable exceptions), this five-hour two-part staging of Jesus Christ’s final days is selling out rapidly. The play runs from May 16 to Oct. 4 in the 4,500-seat Passion Festival Theatre, with two- and three-day overnight packages, as well as tours from third parties such as Vacations By Rail, offering alternatives for securing tickets.

Foodie forays: With online reservation platforms such as OpenTable, Tock and Resy now including many of the world’s most highly regarded eateries, globe-trotting gourmands can confidently book 2020 tables and flights – in that order – at many of the venues on the most recent World’s 50 Best Restaurants list. These include Copenhagen’s Noma, Pujol in Mexico City and Le Bernardin in New York, to name a few, as well as the lone Canadian entry in the Top 100, Toronto’s Alo, and perennial contender Joe Beef of Montreal.

Fire lookout towers, Oregon: Seventeen of the Beaver State’s fire-lookout towers are proving to be hugely popular with visitors seeking scenery, serenity and inexpensive wilderness lodgings. From the amply-decked Bolan Mountain Lookout to the panoramic Fall Mountain Lookout Cabin, the elevated lodgings tend to be booked solid through their six-month windows, with new options becoming available at 10 a.m. EST for a range of upcoming dates.

Highclere Castle, Hampshire, England: The main Downton Abbey filming location has embraced its worldwide fame by offering a range of themed tours, many of which are sold out through March. Availability starts to open up in the spring, with guided tours covering the state rooms, gallery and bedrooms that star in the Emmy Award-winning show, as well as an exhibition of Egyptian artifacts in the Highclere cellars.

Hiking the Subway, Zion National Park, Utah: Such is the popularity of clambering along this surreal 400-metre slot canyon that an online lottery is held for all post-March permits. Entries must be submitted three months prior to planned trips, with status-notification emails sent to applicants on the fifth day of the following month.

Dining on the Ocean Floor, Burntcoat Head Park, N.S.: A perennially sold-out summer series of six day-long events, this unique Maritime experience begins with a guided foraging expedition. Next, guests head to the top of Burntcoat’s red cliffs to lunch on fresh Nova Scotia seafood paired with local craft beer and wine. A private tour of the Cobequid Bay park follows, and then comes the main attraction: A three-course meal on the ocean floor, which six hours later will be 15 metres underwater. Dates for 2020 will be released in late January, with seats going on sale in early February.

The Last Supper, Milan: Guided tours in English of the Santa Maria delle Grazie monastery, where Leonardo da Vinci’s iconic mural covers an entire wall of the dining hall, tend to sell out several weeks ahead of time, with weeks turning into months over Italy’s busy summer season.

London Marathon: Should you want to work off more than a few sumptuous meals, the ballot to enter the 2021 London Marathon will likely open on April 24 – two days before the race itself – if 2019 timing is anything to go by.

Namaste Niagara: If you’re looking to add some awe-inspiring majesty to your yoga sessions, this popular weekend program should do the trick. From July 6 to Aug. 1, Namaste Niagara uses the lower platform of the self-explanatory Journey Behind the Falls attraction to combine the mindfulness of morning yoga with the peerless power of Ontario’s Horseshoe Falls. Following the sessions, guests drive up the Niagara Parkway for a locally-sourced breakfast overlooking the churning Niagara River and bucolic parkway. Tickets, which sell out quickly, will be available in May.

The 2019 Travel Hall of Infamy Awards honour the year’s most ludicrous adventures
December 18, 2019 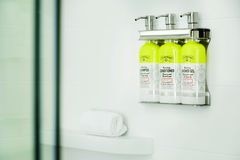 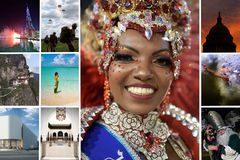