War, what is it good for? For globetrotting skiers and snowboarders, the escalating battle between the Alterra Mountain Co. and Vail Resorts Inc. is turning out to be a very good thing.

Last ski season, the Colorado-based companies behind the Ikon and Epic multiresort passes collectively invested more than US$250-million in upgrades at many of the dozens of ski areas they own and operate. One year and eight resort acquisitions later, that dollar figure has jumped to at least US$360 million for 2019-20, with the rivals more or less splitting the dizzying total.

The number of ski areas covered by the “unlimited” versions of each pass has also swollen, with Vail’s Epic now covering 59 resorts across North America, Europe, Australia and Japan – along with 17 U.S.-based Peak Resorts properties, pending sale approvals – and Alterra’s Ikon accepted at 40 mountains across North America, Japan, Australia, New Zealand and Chile. At the other end of the usage and affordability spectrum, the new Epic Day Pass, which starts at US$106, cuts ticket-window prices by as much as 50 per cent.

This is not to say that smaller chains and independent resorts, many of which are covered by the Mountain Collective and Powder Alliance passes, are watching idly from the sidelines. As this survey of the most enticing new lifts, runs, lodgings and diversions shows, the enhancing effect of the Epic-Ikon rivalry appears to be rubbing off across North America.

Red Mountain Resort: Hot on the heels of adding the $40-million Josie Hotel – the first Canadian ski-in, ski-out hotel to open in over a decade – this Kootenays resort is unveiling a new triple chairlift and 121 hectares of tree skiing in its Topping Creek area. The new lift will also streamline access to Grey Mountain by bypassing the Motherlode Chair.

Revelstoke Mountain Resort: The new Stellar fixed-grip quadruple chair will service six new beginner and intermediate runs from the top of the Revelation Gondola. The lift will also improve access to the (much) more challenging terrain atop 2,461-metre Mount Mackenzie.

CMH Heli-Skiing: Spectacularly set in the Purcell Mountains, Bobbie Burns Lodge is undergoing a $8.4-million renovation that will allow CMH to launch a four-person private heli-skiing program in December. Existing guest rooms are being redesigned and modernized, while a new wing is boosting lodge capacity to 37 guests in winter.

Panorama Mountain Resort: The expansion of the backcountry-style terrain in Panorama’s Taynton Bowl continues with four expert lines being added this winter. The new descents can be reached via a 12-seat snowcat, dubbed Monster X, that offers $15 single rides to the top of the bowl.

Whistler Blackcomb: Fans of Disney’s Frozen may want to check out the “Vallea Lumina” multimedia forest walk on Cougar Mountain, which will put a fantastical spin on apres-ski by opening on winter evenings for the first time.

Crested Butte Mountain Resort: The new Teocalli fixed-grip quad is replacing a double chair on the front side of the ski area’s namesake peak.

Breckenridge Ski Resort: The Peak 8 Base Area is being revamped with escalators, a new skier services headquarters, and an outdoor skating rink. Gravity Haus Breckenridge, a slopeside boutique hotel focused on alpine sports, is slated to open in December, while the new LOGE Breckenridge Hotel offers 38 hotel rooms and a 20-bed hostel.

Steamboat Resort: A US$15-million replacement of the gondola to the Thunderhead Lodge will reduce ride times and boost uphill capacity by nearly 30 per cent.

Winter Park Resort: The Sunnyside triple lift is being replaced by a new high-speed six-pack, increasing uphill capacity by 800 people an hour and reducing the ride time from eight minutes to less than four.

Vail Ski Resort: The 285-room Grand Hyatt Vail, complete with its own ski lift, recently opened on the banks of Gore Creek at the base of Vail Mountain.

Aspen Snowmass: Featuring a 12,000-square-foot rooftop bar and pool, the 88-room W Aspen, along with the Sky Residences at W Aspen, opened in September at the base of Aspen Mountain.

Brian Head Resort: A new high-speed lift is among the nearly US$6-million in capital improvements being made at Utah’s southernmost ski area.

Park City Mountain: A new fixed-grip quad chairlift, named “Over and Out,” will transport guests from the bottom of the Tombstone Express Lift to the top of Sunrise Lift, providing a quicker, more direct route to Canyons Village from the centre of the resort.

Stevens Pass Ski Area: Two beginner chairlifts are being replaced and upgraded, while the SkyLine Express chairlift is being moved about 50 metres further up the slopes to improve access to other lifts.

Ski down memory lane: Returning to Aspen, I learn everything and nothing has changed
Subscriber content
September 25, 2019 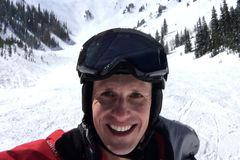 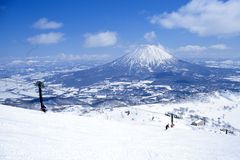 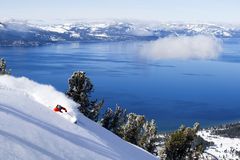