There is no good reason to run a marathon. Take it from someone who has finished two marathons in the past two years and is about to take on the famous Boston Marathon on Monday. Training six days a week for four months – par for the marathon course – is boring, tiring, lonely and time-consuming. The race is fun for the first half hour, then morphs into a traumatic physical experience that continues past the finish line into weeks of hobbling around like a zombie. Running may be good for you in moderation, but 42.2 kilometres is exactly the opposite of moderation, and most health experts agree it does more harm than good.

Possibly the worst reason to run a marathon is as a form of tourism. In the early days of my obsession, I bought running magazines filled with ads for marathons in places such as Honolulu and Paris. I remember thinking how awesome it would be to trade the snowy sidewalks and icy paths of winter training for the sunshine and beaches of Honolulu. Even better: To stuff myself full of delicious French food, burn it all off on cobbled streets leading past the Eiffel Tower and Arc de Triomphe then reward myself with a few lazy days in museums and cafés.

I now realize that neither form of marathon tourism – climatic or cultural – makes any sense. The harsh reality of running destroys the fantasy in both cases.

Consider the Paris International Marathon, which attracted 55,000 runners last week. One of the sacred rules of prerace preparation is to eat simple, carbohydrate-rich foods and avoid anything unfamiliar that might upset your stomach. So if you want to avoid endless trips to the porta-potties that line the marathon course – every runner’s nightmare – the wise decision is to make yourself grocery-store pasta on a hotel-room hot plate, not gorge on exotic cuisine in world-class restaurants. On the day of the race, you’ll be so locked into survival mode that you’ll curse each ankle-twisting cobble and barely notice the glittering landmarks. As for sightseeing, that’s out entirely. You need to be off your feet resting in the days before the race, not strolling along the Seine. Once you’re finished, your legs will be so ruined that even standing before the Mona Lisa will become a special form of agony.

The lure of a race such as the Honolulu Marathon is just as misleading. Yes, it is warm in Hawaii in December. But the upper twenties – the average race-day high in Honolulu – is much too hot for running, which is why they provide ice-water-soaked sponges along the course. For a Canadian adapted to training in frigid temperatures, that kind of heat is especially unbearable. Then there is the time change. Prerace insomnia is enough of a scourge without four hours of jet lag for an Albertan, 7 1/2 for a Newfoundlander. On the bright side, there are worse ways to recover from the ordeal of 42.2 km than with a mai tai on the beach.

I haven’t run Paris or Honolulu myself, but my experiences in Victoria and Los Angeles bear all this out. My heart broke when I turned down a hike up to the Griffith Observatory, and it broke again when I ordered plain-as-possible spaghetti from a massively hyped Echo Park restaurant the night before the race. The L.A. course starts at Dodger’s Stadium, passes through Hollywood and the Sunset Strip, and ends in Santa Monica. While I do recall seeing the Disney Concert Hall, I completely missed the Capitol Records Tower and have no recollection of anything in the neighbourhood of the Whisky a Go Go. The Victoria Marathon – reputedly one of the most beautiful in the world – hugs the ocean for its entire length. But I might as well have been in Siberia for all the joy I took in the views.

For Boston, I’m basing my strategy on my most successful running experience to date – the half-marathon I ran in October in my hometown of Toronto. Part of the charm was that it was only 21.1 km – but most of the credit goes to the fact that I slept in my own bed, cooked my own food, jogged to the start line, and, after it was all done, collapsed on my own couch. Boston shares a climate and a time zone with Toronto. I’ll be staying in an Airbnb with a kitchen where I can cook my pasta and toast my bagels. I fly in two days before the race and go immediately from the finish line to the airport. No Red Sox game, no Freedom Trail, no Harvard Yard.

It won’t be a holiday, it won’t be tourism – it will be a voluntary act of self-torture. In other words, a marathon. 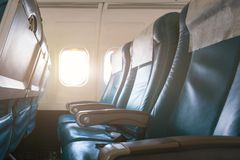 The hottest travel-gear projects to back on Kickstarter
March 20, 2018 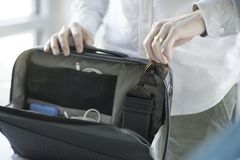 Roam service: How hotels are helping guests explore a city while working up a sweat
March 28, 2018 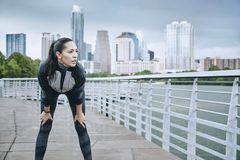