Had they left the country or not? That was apparently the question aboard Air Canada flight 720 last Monday, when passengers were caught in a cross-border conundrum that left some dumbfounded and frustrated, and customs officers chuckling and shaking their heads.

The flight was slated to leave Toronto Pearson International Airport at 5:15 p.m. for New York's LaGuardia Airport, but it was cancelled after sitting on the tarmac for more than an hour. Having precleared U.S. customs, the passengers had technically entered the U.S. But they hadn't physically left Canada, let alone the runway.

Abbie Synan, a 31-year-old Pennsylvania travel blogger who was aboard the plane, said she knew something was amiss when passengers weren't immediately allowed to disembark after the cancellation. At about 7:45 p.m., the pilot made an announcement heralding what Ms. Synan called a turn toward the "ridiculous."

"He said U.S. customs and Canadian customs officers were in talks about whether we had technically left the country," she said Saturday. "They were arguing whether we had to – once we got redirected and put on another flight – go through customs a second time."

A spokeswoman for U.S. Customs and Border Protection said she did not have information about the co-ordination between her office and the Canada Border Services Agency, while a CBSA spokeswoman said the U.S. "requested" that travellers go back through U.S. customs before boarding a later flight to New York.

Pearson is one of eight Canadian airports that offers U.S. preclearance, and Air Canada spokesman Peter Fitzpatrick called the program a time-saver that simplifies connections and is "generally quite popular with customers."

But the hours-long melee, based on Ms. Synan's account, revealed possible friction between the two countries as they manoeuvred the Preclearance Act. When Ms. Synan went through U.S. customs a second time, she said the officer laughed, shook his head and said, "Yeah, we don't really care for one another."

Air Canada, for its part, pinned the kerfuffle on a "combination of bad weather and the complication of clearance that led to the delay." And complicated it was.

"I mean, 'How many days were you out of the country? Where were you? What day did you leave?' How do you even answer any of those things when you've basically been sitting on the runway for three hours?" Ms. Synan said, adding that at the time passengers weren't sure if they'd all have to go through Canadian customs. "[My seatmates and I] were joking around, 'Who here on the plane has somehow brought fruits and vegetables?'"

In the end, many passengers were reissued boarding cards for a later flight and asked to go through U.S. customs and security for a second time, which provoked one particularly irate woman to shout from the customs line, "This is going to be in the New York Times when I get home! This is outrageous!"

When a customs officer asked Ms. Synan where she had been, she told him she'd been on a plane. "He said, 'Well, that's apparent. Obviously you were on a plane, but where were you?'" she recounted, laughing at his confusion.

Mr. Fitzpatrick explained that once people are precleared through U.S. customs, they are considered to have entered the U.S. and must stay in the "sterile area" to avoid "comingling [sic] with passengers arriving or going elsewhere who have not been cleared." He said some passengers chose not to leave Toronto that evening and therefore had to clear Canadian customs. "Even though they did not actually leave Canada, the law requires they be treated as [if] they had."

"It almost sounds made up," Ms. Synan said of the June 3 experience. "It's so asinine, it sounds like it's not even true." 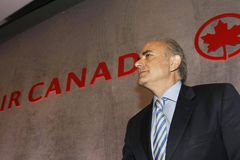 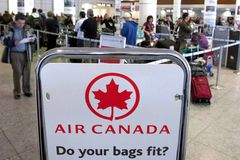 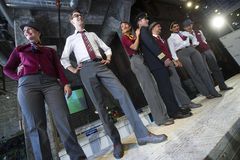