In his new Netflix series, Ugly Delicious, chef David Chang travels the globe to dig deep into the dishes and ingredients that inform and inspire his culinary world. With restaurants in New York, Los Angeles, Sydney and Toronto, Chang is no stranger to life on the road. We caught up with the globe-trotting chef in Los Angeles – just a few hours after he returned from Seoul, where he was serving as NBC's de-facto Olympic food guide – to find out a bit about his travel regimen.

"When we opened up Australia, I was flying back and forth between New York and Australia every two weeks for, like, a 2 1/2-year stretch. That was the craziest amount of travelling I've ever done. Things have settled down a bit now; last year, I probably flew around 200,000 miles or so. Jet lag's a constant thing when you travel that much. I'm going through it right now.

"I just really want to go to sleep, but I think the best thing to do is be in the sunlight as much as possible, drink as much water as possible and to keep busy.

" I know that, for me, and actually a doctor told me this, too, it takes about a day for every hour to get acclimated to a new time zone and I don't think that changes, for me at least."

"I just flew from Incheon in South Korea and the restaurants there were really tremendously good. Flying out of Hong Kong is great, Singapore is unbelievable. Narita's really great. Haneda airport is amazing, that's probably my favourite of the bunch, because they have all these really good ramen shops.

"They have a Rokurinsha [legendary Tokyo ramen shop] in Haneda airport, which is just sort of outrageous to have in an airport."

Where to eat next

"If there's another season of Ugly Delicious, I really want to go to Taipei. It's not that it's undiscovered, obviously, but I think there's a lot going on there that gives us a hint as to what the future of dining might be."

"If you speak to people in Houston, they say they know their dining scene's been terrific for years, but I think it's a highly underrated city in terms of what kind of offerings it has. It has a little bit of everything, but it's particularly strong in Vietnamese food and Asian cuisine and with everything that's happened to Houston with the floods, I think that they still need tourists to support its culinary economy.

"Another underrated destination that doesn't get covered is Markham in Ontario. It has one of the richest Chinese populations in terms of food bridges and culinary populations. Some of the food there really is tremendous and I don't think it gets its due."

"Honestly, I think the best thing to do is to get lost and not to follow the guide books so religiously. Literally, just sort of get lost and order things that you might not normally order. If you can, try and go to places where the locals might go and develop your own opinion."

"I've been listening to more podcasts instead of rocking out lately. I love the Bill Simmons podcast and I love Radiolab quite a bit."

"It's Tokyo. It's redundant to say these days, but it's just the best and everything else comes in second place in terms of food. People don't expect some of the best pizza in the world to come from Tokyo.

"A lot of it has to do with the cultural makeup. They love the repetition, they want to master that process, the craftsmanship and that really shows in everything. And not just high-end mature dining but pizzas and noodle shops, all the way to fast food and convenience stores. Across the board, the eating is just so good in Japan, particularly on the cheap."

"I think the best meal I had in the entire trip was eating yakitori at Masakichi Yakitori [in Tokyo].

"That was just one of the best things I've ever eaten. It was just a transcendent dining experience and it just happened to be filmed for me. When you get the simplest dish done extraordinarily well, that puts things into perspective. It's the simplicity that makes it complex."

"At the end of the day, I'm fortunate to be able to travel a lot and my travel routine is constantly changing.

"I don't know where I'm going next. Hopefully, I'm going to be in one place for a little bit."

Five things to pack for your sunny winter getaway
February 20, 2018 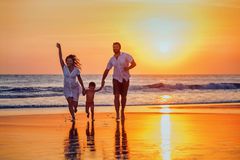 Next time work takes you out of town, try these tips to fit in some mini-break bonuses
February 13, 2018 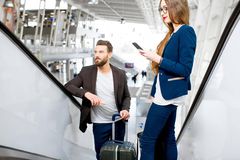 The next airline IT outage could happen at any time – are you prepared?
February 13, 2018 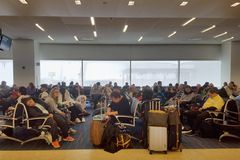