Imagine sliding your hand down Italy's knee-high boot, allowing your fingers to linger just above its daintily downturned foot, opposite the ankle's distinctive spur. This is the sweet spot where myth meets mouth-watering cuisine, where stone-stacked villages cling to cave-pocked cliffs, and where endless kilometres of coastline kiss the Gulf of Salerno on the Tyrrhenian Sea. This, my friends, is the Amalfi Coast.

Over the past three years, I've found myself drawn to these sensuous shores again and again, but this visit is different. More special. More luxurious. Because this time, I've succumbed to the siren call of Monastero Santa Rosa in Conca dei Marini, and like Ulysses, I fear I won't ever want to leave.

There's plenty of precedence for my concern. For centuries, most of the folks who checked in here only checked out feet first. Once within the confines of its cool stone walls, which embrace terraced gardens offering panoramic views of the sea, they vowed never to return to the outside world again.

Of course, they were nuns. And I, most decidedly, am not.

Sister Rosa Pandolfi, a descendant of a noble family, founded the convent in the 1600s, five kilometres from the city of Amalfi. The monastery, as it was known (not because monks lived here, but because it was the home of a secluded religious order), closed in the mid-1800s. In 1924, it reopened as a hotel, but by the end of the 20th century, that establishment had shut its doors, as well, and the convent once again stood silent, in danger of falling into ruin.

It found an unlikely saviour in Bianca Sharma, the soft-spoken, Texas-born wife of Ken Sharma, co-founder of the supply-chain management-software company i2 Technologies. Tragically, Ken was diagnosed with brain cancer in 1997, one year after his company went public, and he passed away in 1999.

Bianca, a former Montessori schoolteacher who had always defined herself as a wife and mother of two sons, was left at sea – quite literally. In 2000, she was on a boat cruising along the Amalfi Coast, pondering her future, when she spotted the abandoned convent, its outstretched wings perched like a stone monument on a clifftop.

"It was fascinating to me, this rock growing out of a rock," says Bianca, who discovered that the monastery was for sale. Despite having no previous experience as a hotelier, and against the advice of her financial manager, she snapped it up. "Something possessed me here," she says with a shrug, her blue eyes crinkling into a smile as she gestures toward the sea. "This is my second marriage, and the hotel is like the child that has come of that union."

This year, the convent celebrates the fifth birthday of Bianco's baby – the Monastero Santa Rosa Hotel and Spa, a five-star boutique property with just 12 rooms and eight spacious suites. After more than a decade of renovation – overseen by local architect Francesco Avolio de Martino, who had previously worked with Marriott's international design team – today, it would be both instantly familiar, yet completely alien to the sisters who once roamed its corridors.

The monastery's original features have been painstakingly preserved, including a rotating circular cabinet from which the nuns sold their apothecary potions and pastries, a closet-sized confessional booth (conveniently, and perhaps presciently, located across the hall from this sinner's room), and the ancient wooden doors and white-washed, barrel-vaulted ceilings of the nuns' cells. The tolling of a bell, just inside the gated courtyard, announces every guest's arrival, just as it may have centuries ago. But the hotel's modern luxuries would have been unfathomable to the saintly, self-denying sisters.

Could they have pictured themselves ditching their hot, sweaty habits for a dip in the infinity edge pool, or gorging on gourmet cuisine? Would they have surrendered to the temptation of the spa, easing their aching muscles in the aromatic steam room and natural rock sauna, basking on heated loungers in the tepidarium, bobbing in the bubbling hydrotherapy pool, or groaning with pleasure beneath the hands of a masseuse? Would they have whiled away the days on jasmine-scented terraces, sipping Prosecco or knocking back a Monastero Mai Tai? The communion wine would never have tasted so sweet again.

Due to its location on the protected, UNESCO-listed Amalfi Coast, Bianca can't build onto the hotel, but that hasn't prevented her from adding new amenities and offerings where she can. This season, she has expanded an open-air gym to accommodate yoga facilities and reinstated an outdoor spa area that had been occupied by the previous gym. An avid explorer of the Amalfi hills, she has also introduced a new "Health and Hike" package, featuring a guided hike, an arnica body wrap at the spa and a cooking class with the hotel's chef, Christoph Bob, a veteran of Italian Michelin-starred restaurants.

Reluctant to leave the hotel even for half a day, but anxious to atone for some of our caloric excesses, my husband Scott and I sign up for the hike. Our guide is a dark-eyed bundle of energy named Paola Cioffi.

"Paola is hard for people to pronounce," she admits. "So you can call me Paula, like Paula Abdul … only I promise, I won't sing, and I won't dance," she laughs, before ushering us into a waiting shuttle for the 10-minute drive to the village of Pogerola, where our hike begins.

From Pogerola, we overlook a lush tangle of cultivated hillsides flanking a gorge that funnels out to the blue sea beyond. Our narrow dirt path soon leads away from these wide-open vistas to the tree-shaded slopes of the Valle delle Ferriere, the "Iron Valley," through which we will descend to the coastal city of Amalfi.

This erstwhile industrial hive of iron forges and paper mills is now best known for a nature reserve, home to a rare species of fern with roots dating back 65 million years. But for us, the star attraction of the reserve is its cadre of waterfalls. They don't claim the dizzying heights or grandeur of, say, Niagara, but they possess an ethereal, fairy-tale beauty. In the filtered light of a verdant grotto, sunbeams sparkle on cascading droplets that fall like tears from the moss-bearded bluff.

I expect that the rest of our walk will be anticlimactic, nothing more than a hungry trudge toward our much-anticipated lunch at the Agricola Fore Porta, a riverside agriturismo restaurant where mother and daughter offer fresh organic produce from their family farm. But then suddenly, I spy what appear to be crumbling fortresses, like a mirage among the trees. One after another, they emerge, these stone skeletons of once-mighty paper mills that last rumbled to life many decades ago.

There's a melancholy majesty to their decline, a sort of Land of the Lost romance of forest-eaten decay. But gazing into the blank, unblinking eyes of their glassless windows, I think how sad it would have been if the Monastero Santa Rosa had befallen the same fate. I clasp my hands and say a silent prayer of thanks that the sisters' sanctuary lives on, reborn in its gloriously inspired new form.

The writer was a guest of Monastero Santa Rosa Hotel and Spa. It did not review or approve this article.

Rooms from €400 ($608) a night, including breakfast. The hotel offers complimentary shuttle service to Amalfi until midnight. Via Roma 2, Conca dei Marini, Italy; monasterosantarosa.com. 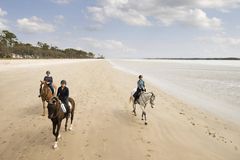 Snorkelling in the ice-cold northern seas of Scotland
June 1, 2017 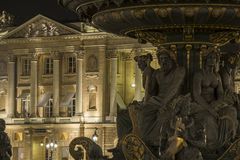