Every year, the paradise that is the Cayman Islands plays host to one of the Caribbean's most popular events: The Cayman Cookout, a four-day food festival that will mark its 10th year in January. The event's host hotel is the sprawling beachside Ritz-Carlton, Grand Cayman, and the food offerings are undeniably indulgent – from upscale carnival options like foie gras poutine and maple syrup cotton candy to whole roasted pigs that leave guests to divvy up the coveted cheeks and ears. But the real luxury is access to the multiple big-name chefs in attendance, culinary royalty like Anthony Bourdain, Eric Ripert and Jose Andres, who host low-key events clad in polo shirts and mingle with the typically well-heeled crowd.

When I attended in 2015, my favourite event was on the Ritz-Carlton's manicured lawn, listening to Bourdain walk around with a cordless microphone, introducing various local food stations while telling slightly off-colour stories about the time he was filming in Romania and his hosts insisted on supplying him with a prostitute. But there are far more intimate events, too. This year, you can pay $1,500 (U.S.) to have a wine-paired lunch with Ripert aboard a private jet or $650 for a helicopter ride, dinner and a tour of Pedro Castle (the oldest building in the Cayman Islands) with chefs Philippe Haddad and Bernard Guillas.

Not that long ago, it seems, most high-end chefs were relegated to their kitchens – occasionally popping out to greet a VIP guest or bashfully accept praise from a group of admirers. Now, a lot of them appear to be headlining food festivals and luxury cruise itineraries. At five-star hotels, chefs are leading tours of small Tuscan producers and the back streets of Kowloon. Chefs are taking cruise ship guests on market tours in smaller ports, introducing them to local produce while shopping for meals that are prepared on board, or escorting them to intimate restaurants in offbeat fishing villages. This new model ties in nicely both with growing food tourism and the now-ubiquitous desire for "authentic" travel. After all, who better to introduce you to a city or region's local food scene than a chef?

Seamus Mullen, of New York City's Tertulia, hosts seven-night food-focused cycling trips through Umbria and Tuscany, Italy, stopping to sample aged pecorino and examine olive groves. "One of the things we can do as chefs is give insight into the culinary aspect of a culture," says Mullen. "In many ways, I think of food as being the language of culture and there really is no better way to get to know a place than through its local food customs. Because chefs have so much experience cooking with a wide variety of ingredients, in a way we're almost the perfect guides to decipher a local culture when seen through the lens of a kitchen."

Plus, it has given hospitality providers another revenue stream; guests don't simply pay to eat in restaurants; they also pay to hang out with the chef. "We know that travellers are spending 25 to 30 per cent of their overall travel budget on food," says Cece Drummond, managing director of Destinations and Experiences at Virtuoso, a luxury travel network. "And it's not just about going to a nice restaurant in Paris any more. People want to sit down with locals and hear about the culture."

These experiences are particularly luxurious when they're small-group or even one-on-one. Park Hyatt Aviara in Carlsbad, Calif., for example, has a chef who will prepare you a gourmet beachside breakfast and then take you surfing. In Mumbai, while staying at the glamorous Oberoi, chef Prashant Penkar escorted me to Mumbai's Lalbaug spice market, where I wandered wide-eyed through the shoulder-to-shoulder pedestrian traffic, eyeing vendors selling fireworks, shampoo, electronics, perfect vegetables and everything in between. The air was thick with fenugreek, cinnamon, cumin, mustard seed, green cardamom and fennel seed and I spent the entire time suppressing a sneeze. Dipping in and out of the spice stalls, Penkar pointed out local favourites, demystified unfamiliar foods and kitchen objects, and indicated how to discern the relative quality of a huge range of hot chilis.

Cruise ships, in particular, are doing an increasingly excellent job providing chefs as tour guides. In 2016, Windstar launched a partnership with the James Beard Foundation for a series of culinary-themed cruises, each one hosted by a chef with expertise in a particular region's cuisine.

One upcoming cruise, the eight-day Caribbean itinerary departing Bridgetown, Barbados, on Nov. 10 – Jewels of the Windward Islands – is being hosted by chef Keith Rhodes, a former Top Chef contestant with a specialty in seafood.

"Our guests are well travelled and they've wined and dined at some of the best places on the globe," says Peter Tobler, Windstar's director of marine hotel operations. "But we offer them a chance to actually shop with the chef, to go into a local market to pick up fresh ingredients that will be featured at dinner that night."

Another line, Oceania, has introduced "Culinary Discovery" tours, which promise off-the-tourist-track food adventures led by Oceania chefs. Legend has it that these tours were hatched not in a corporate boardroom in Miami, but more organically among the narrow aisles of food markets around the world. Oceania's culinary director, chef Kathryn Kelly, would get off a ship in every port to find the market, suss out the best local restaurant, and try to figure out who's selling excellent local wines and beers. Over time, guests started following her off the ship and she became a kind of culinary pied piper for an expanding group of guests keen on local immersion.

On a recent sailing with Oceania, from Athens to Barcelona, I joined a small Culinary Discovery group led by chef Kellie Evans, as she guided us into Livorno's historic Mercato Centrale and nudged us to sample cheeses, dried meats and socca, a wonderful chickpea crepe fried and then wedged into a soft white bun. It was an experience I could have had on my own, but it was a superbly orchestrated departure from the food on board, which was excellent but more predictable (Italian, steak, Asian fusion) and not exactly rooted in the region's glorious ingredients.

"It's so interesting to see the difference," said Evans, as she escorted us through the Livorno market's narrow aisles and pointed out markers indicating specific origins. "In America, we know almost nothing about our food and people here want to know everything." The same might be true, increasingly, when it comes to staying at home and setting off into the world. Luckily, there are now plenty of chefs on hand to open our eyes. A taste of authenticity in French Basque Country
November 12, 2017 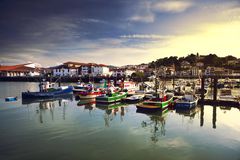 Dan Buettner’s lessons from the happiest places on earth
October 23, 2017