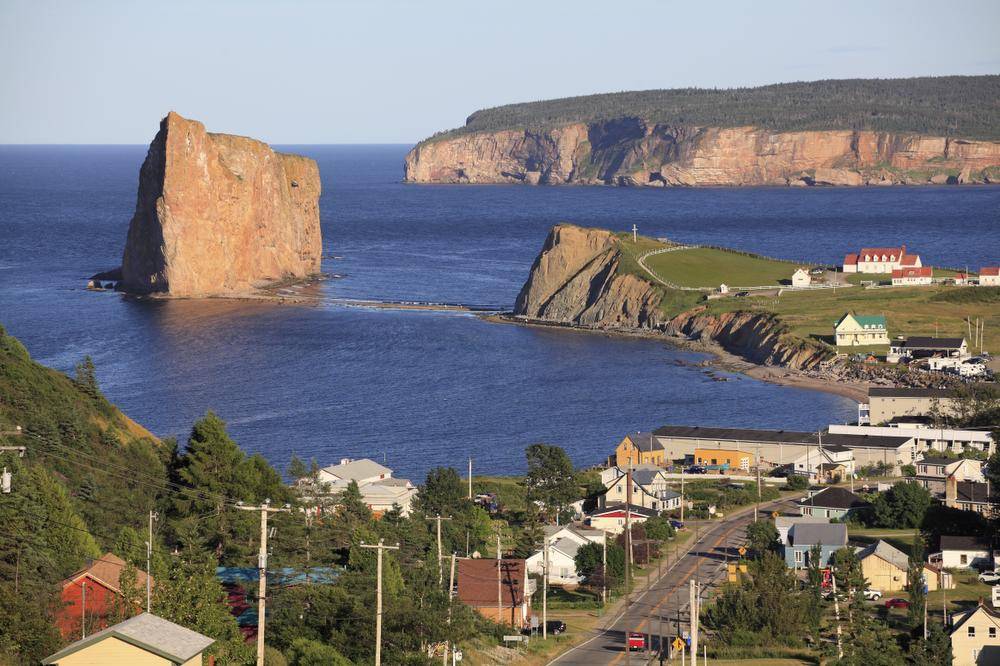 I tell you this story with hesitation. And I tell it happily, too. It is about a place I know well; one that is full of curious equivocations; somewhere half serene, half rugged, on the lip of a body of water that is half river, half sea. I think everyone should know about it for it holds so much beauty, so much Canadian history, but then again, another part of me wishes people might stay away, so it will remain a secret.

And yet it’s a secret only to the modern world, because in an older one, it was well known; famous, even. It was where many in the 19th and early 20th centuries went to find their recreation and traditions of summer, partly because the river – in this case, the St. Lawrence River – was nature’s easy, wide-open highway that took passengers to hundreds of special places along its shores. I often think of the St. Lawrence as a deep incision into the body of the land, exposing its innards, all its idiosyncrasies and unexpected treasures. But that description is only half-right – true geographically, but not in its suggestion of violence. In this part of the province of Quebec, bounded by the St. Lawrence, where it is wide like the sea, there is only tranquility.

I refer to this region as the Gaspé. But that, too, is not quite correct. The Gaspé, officially, is on the south shore of the river, a large peninsula east of the Matapédia Valley in Quebec that extends out to the Gulf of St. Lawrence. But I’m going to cheat a little bit, and write about the beauty of travelling along both the north and south sides of the St. Lawrence. It is not to say that the Gaspé Peninsula itself is not worth your entire concentration. There are many beautiful destinations along its rim – Pointe-à-la-Renommée and, of course, Percé at the tip, with its famous sheer rock formation just offshore, “pierced” by one of the world’s largest natural arches. That route along the remote shoreline is a vacation in itself, stopping to camp or stay in a bed-and-breakfast – called a gîte in French – as you make your way around to Chaleur Bay, bringing you to the northern end of New Brunswick.

But the St. Lawrence River has a magic that deserves a special kind of pilgrimage. And the best place to start is in Quebec City – just beyond which the river becomes tidal. A wonderful hotel there is Auberge Saint-Antoine, a place in the Old Port area. Named the Top City Hotel in Canada in Travel + Leisure’s 2012 World’s Best Awards, the hotel is part museum, with fragments of artifacts from an archeological dig on the site displayed in artful, kaleidoscopic arrangements throughout the property, parts of which date to the end of the 17th century. Think thick stone walls and crisp fresh linens, a glorious immersion in the past and present. 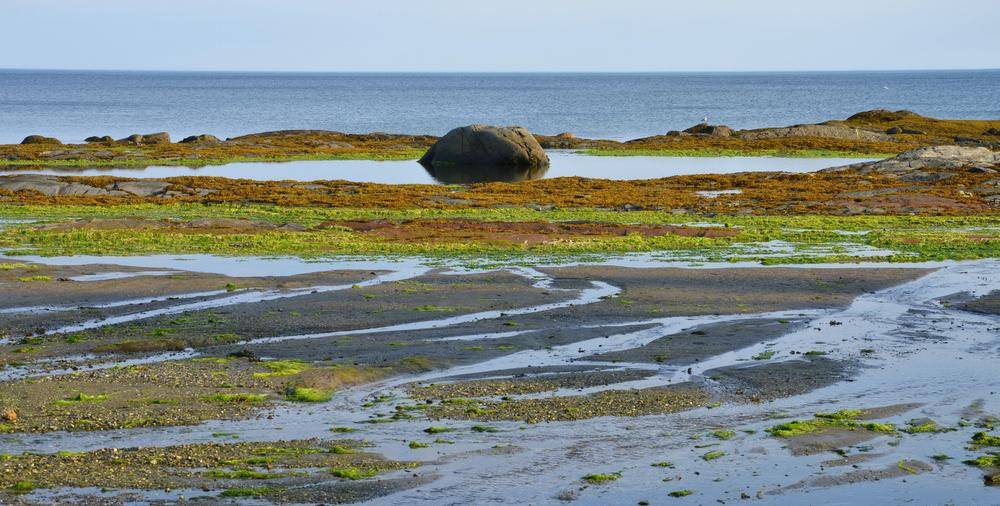 From here, stay on the north shore of the St. Lawrence and enjoy a drive that rivals that of the Cabot Trail in Cape Breton. The north shore is all steep, forested hills and stunning views. This Charlevoix region is a treat for foodies with lots of local cheeses, foie gras and specialties such as banana goat-cheese pie. Stop in Baie-Saint-Paul, where Cirque du Soleil had its start with local buskers during a summer festival. The village is charming. Stay for lunch in a bistro and take the time to stroll through the village to check out all the fine-art galleries. Some are aimed at the tourist; others cater to discerning art lovers.

Further along the shore is La Malbaie, or Murray Bay, once a fashionable summer resort for the elite who would travel down the river from Montreal in grand steamships to stay in the Manoir Richelieu, a big castle-like hotel overlooking the water.

I would avoid staying there now, as it is disappointingly sterile and frequented mostly by tourists interested in the casino next door. It has the architecture of another time but the atmosphere of a bus stop. Better to find a small place such as the nearby Auberge des 3 Canards, where the rooms are simple, the view divine and the food delicious. If you plan well ahead – and you should – you can organize a visit to Les Quatre Vents gardens, which have been described as “the most aesthetically satisfying and horticulturally exciting landscape experiences in North America,” as well as “Canada’s best secret garden.” 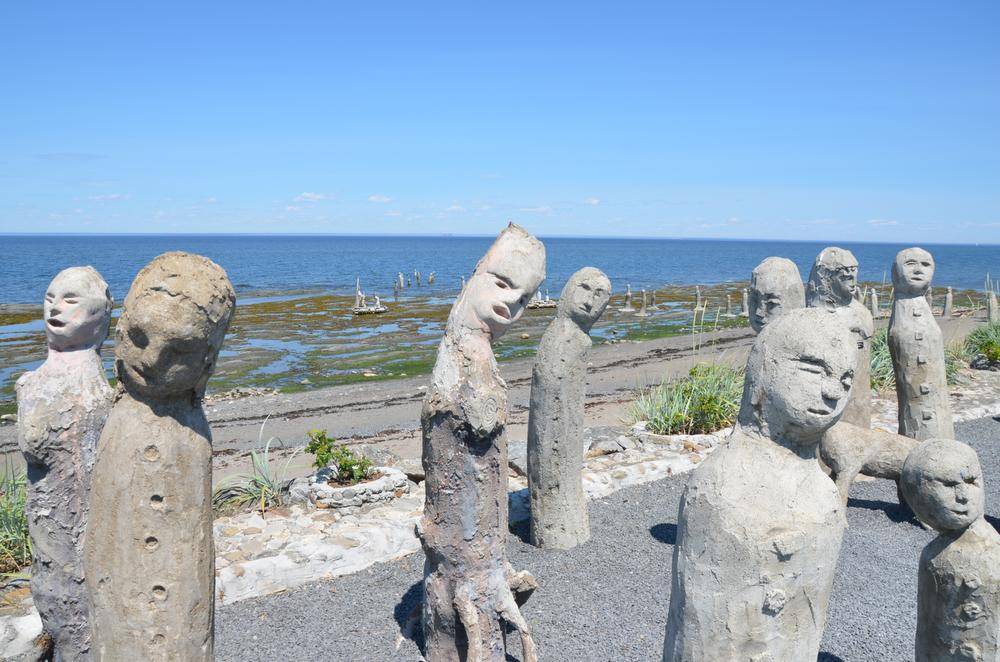 It was developed by the late Francis Cabot, a legend among gardeners who was born in New York but spent his summers on the family estate outside La Malbaie. Originally part of a French seigneury dating to the 1700s, the gardens cover more than eight hectares but are only open to the public about four times a summer. Tickets go on sale online in the winter. Act fast, because they sell out quickly to garden enthusiasts eager to tour the grounds, which are high up on a hill and famous for their framed vistas, intimate spaces and whimsical follies, incorporating ideas from Japanese and English landscapes – a white garden inspired by Vita Sackville-West’s creation at Sissinghurst in England – and even India’s Taj Mahal.

Continue on the north shore all the way to Tadoussac, passing over the Saguenay River on a short car-ferry ride when the highway abruptly stops at the water’s edge. And here, well, all I can say is that there are times when you travel that you can prepare yourself for beauty. There you are, a disparate group of image-snappers gazing at the Doge’s Palace in Venice in the gentle morning light. But then there are times when the beauty you come upon is so unexpected it’s like a drug – bringing on a sudden altered state, outside of normal experience. I felt that way, standing with my back to the parked cars and trucks on a simple ferry, looking out to an otherworldly scene of steep cliff, water, sky. I knew that whales cavorted beneath me and, at one time, French fur traders pushed into the interior along the river in their fragile canoes. I was between sky and sea and earth and time.

Tadoussac dates to the 1600s as a trading post, and in the 1850s it, too, became a fashionable place to summer, for people travelling from Quebec or Montreal via steamship. It’s worth staying here – the Hôtel Tadoussac is a family-friendly landmark with its red roof and dormer windows – to enjoy biking and whale-watching trips. The next day, continue northeast to Forestville – its origins are not hard to fathom – to catch the ferry across to Rimouski on the south shore. You have to book your passage ahead of time online for all the ferries that traverse the St. Lawrence. I have crossed the river at several points, but I like this one best. The wharf is in the middle of nowhere. And crossing the river is like a ride on horseback, bumpy and wild and invigorating. If you’re lucky, you might see a whale breach, which the captain calls out, “Baleine!”

Once on the south shore, in the Gaspé, there are two directions to go. Travel further east about an hour to Grand-Métis to visit the world-renowned Reford Gardens, where an annual garden festival showcases innovative creations by landscape designers from around the world. Carry on to Métis-sur-Mer to check out Café sur Mer, a happening place in a sleepy hamlet, where French Canadians and Anglo summer residents come together for tea dances, literary events and art shows – and to buy lovely pottery, home-decor items and folk art. There is also a small, comfortable inn in the village, Auberge du Grand Fleuve, which has a popular gourmet restaurant. 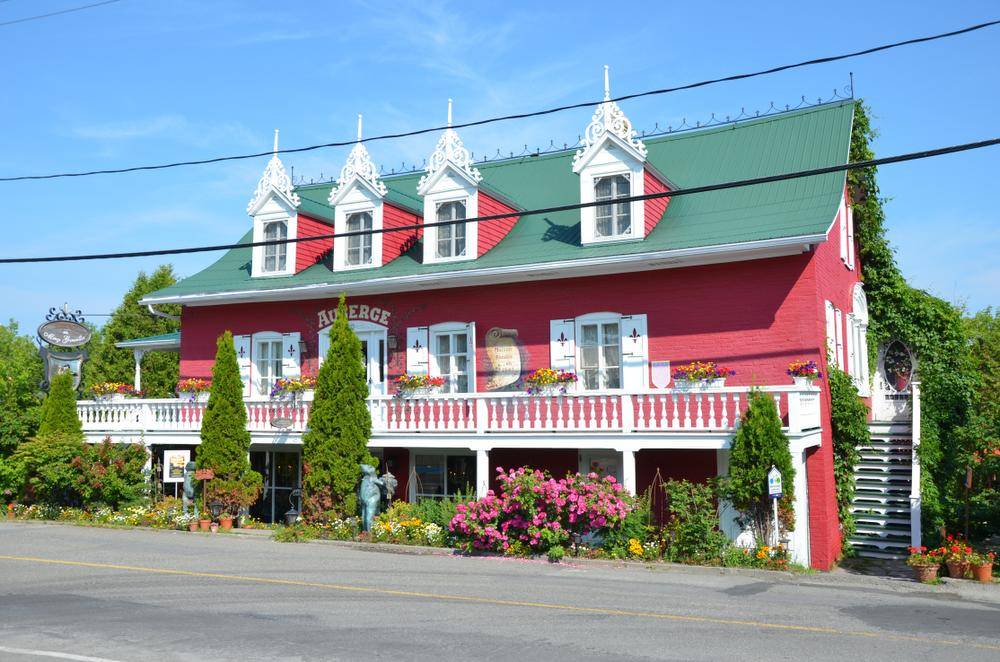 Heading back to Quebec City, make time to spend a night in Le Bic, another summering spot from the 19th century. I think of it as St. Lucia of the north with its small pitons and gorgeous views over the water. A few years ago, we found a cozy place to stay, Auberge du Mange Grenouille, which is decorated in colourful, quirky taste – a true delight. Sit on the deck with a glass of wine and enjoy a wonderful dinner in their restaurant. This place was a great find. There’s a cute shop as well with local items.

As you leave to return to Quebec City, don’t think your journey has ended, because this southern shoreline is almost the best part of the trip. It is fairly flat here – good for cyclists – and the tides provide endless fascination, pulling back like a blanket from a sleeping body, revealing all – mounds of rock, tresses of frilly seaweed, taut, glistening sandbars.

This is the river that seduced our country’s discoverers, drawing them in; that brought prosperity and provided transportation; that offered leisure and recreation; and that still, even now, carries you away to a place that is here and now and past and lost. 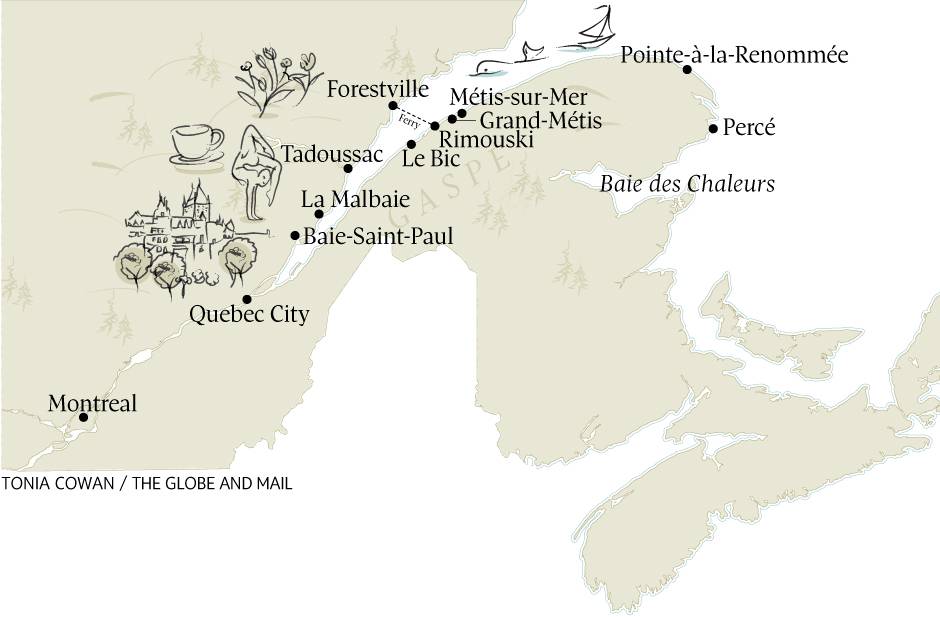 The best place to start a tour of the lesser-travelled, northern side of the St. Lawrence is Quebec City. What follows is a list of inns and activities as you’ll encounter them driving east.

Auberge Saint-Antoine This Travel + Leisure magazine award-winner is an immersion into the area’s past. Rooms from $189. 8 rue Saint-Antoine, Quebec City; saint-antoine.com

To book a ferry from Forestville to Rimouski, visit quebecmaritime.ca

The Reford Gardens are found on Route 132 in Grand-Métis, on the South Shore midway between Rimouski and Matane, refordgardens.com

Café sur mer Drop in for a bite to eat or a coffee. Check out the art shows, musical events, folk art and home-decor items. 160 rue Principale, Métis-sur-mer, facebook.com/CafeSurMer