"What was that?" my fiancée whispered to me in the middle of the night in our tent.

I was already awake and heard the loud thunder-like sound. For a moment, I had to reorient myself, we were not back home in

Ontario where thunderstorms were common. We were in Torres del Paine National Park in Chile halfway through the five-day "W" trek, and what sounded like thunder was actually large chunks of ice cracking off Grey Glacier falling into the lake below.

Earlier that day, we came across a refugio, a chalet-style house. Here, hikers sat outside on picnic tables enjoying the afternoon sun. With our legs and backs aching from a two-hour climb, and our faces red from the sun, we decided to join them and drank semi-cold $10 cans of Austral beer. We saw two young huasos (Chilean cowboys) continue up the trail. Despite the heat, the young men wore long leather boots, dark pants, sweaters and berets. They were leading five horses packed with propane tanks and planks of wood, to repair, we were told, the sketchy bridges we would later cross up the trail.

But the bridges we reached later that day hadn't been fixed yet. Over a fast-flowing glacier-fed river, a sign in both Spanish and English warned that only one person at a time should cross. With white knuckles holding onto the rope railings, I couldn't help be reminded of the bridge in India Jones and the Temple of Doom. I carefully put each foot forward avoiding the missing planks where I could see the whitewater rushing below. They usually tell people afraid of heights not to look down, but in this case I had to look down in order to avoid falling through. Somehow we both made it across without mishap and in the twilight of the day we reached the campsite.

From here, it was an hour hike to the spectacular view of the Towers of Paine mountain summits, the iconic centrepiece of the park. The best time to see the summit was in the glow of the morning light, but the next morning there was no sun. "It's raining," I said to Krista. "Do you just want to go back to bed?" Her reply was a snore.

We had been warned that even in the summer you could experience four seasons of weather in the park. And later that day we got lucky. When we eventually reached the Towers of Paine, there was nothing but blue skies behind the impressive mountain summit. But our luck didn't hold. "Couldn't ask for better weather on this trip," Krista said as we were leaving our campsite. I grimaced, hoping that she had not angered the weather gods.

No sooner had we started up the trail when strong winds picked up and swayed us from side to side. We crossed more sketchy bridges with waves of rain assaulting us. Then, brief periods of snow.

We arrived at our next campsite feeling a bit beaten by the weather but not defeated. As I lay awake listening to the thunderous glacier, I realized – despite the rough terrain and rougher weather – this was the Patagonian experience we had been dreaming of.

Submit your own 600- to 800-word tale from the road, and a high-resolution photo of your adventure, to travel@globeandmail.com.

Climb high, sleep low and wake up glad to be alive on Mount Kilimanjaro
February 17, 2012 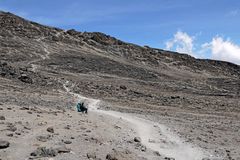 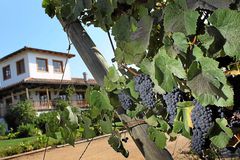 A Latin luxury hotel with personal, if quirky, service
January 7, 2011
Follow us on Twitter @globeandmail Opens in a new window
Report an error
Due to technical reasons, we have temporarily removed commenting from our articles. We hope to have this fixed soon. Thank you for your patience. If you are looking to give feedback on our new site, please send it along to feedback@globeandmail.com. If you want to write a letter to the editor, please forward to letters@globeandmail.com.
Comments