The Abbey of San Giovanni in Venere is perched on a bluff above the Adriatic Sea, overlooking a patch of grapevines, olive trees, and a long sandy stretch of beach. In the Italian province of Chieti, the Abbey was completed in the 13th century and built over an old Roman temple – columns from which still remain deep in the Abbey’s crypt, alongside frescoes from a (slightly) more recent period in history.

There’s nothing particularly special about the Abbey of San Giovanni – it is spectacularly old and historic and the setting is clearly sublime, but by Italian standards, that’s not such a big deal.

What does make it, and so many other buildings in the Abruzzo region of Italy, a big deal is that even if you visit in high season, you may find yourself the only tourist in the building. Remember that when shuffling shoulder-to-shoulder through the basilicas and chapels of Rome and museums of Florence. In Abruzzo, visitors have the luxury of time to absorb the architectural details and weight of history contained within Italy’s cultural treasures. 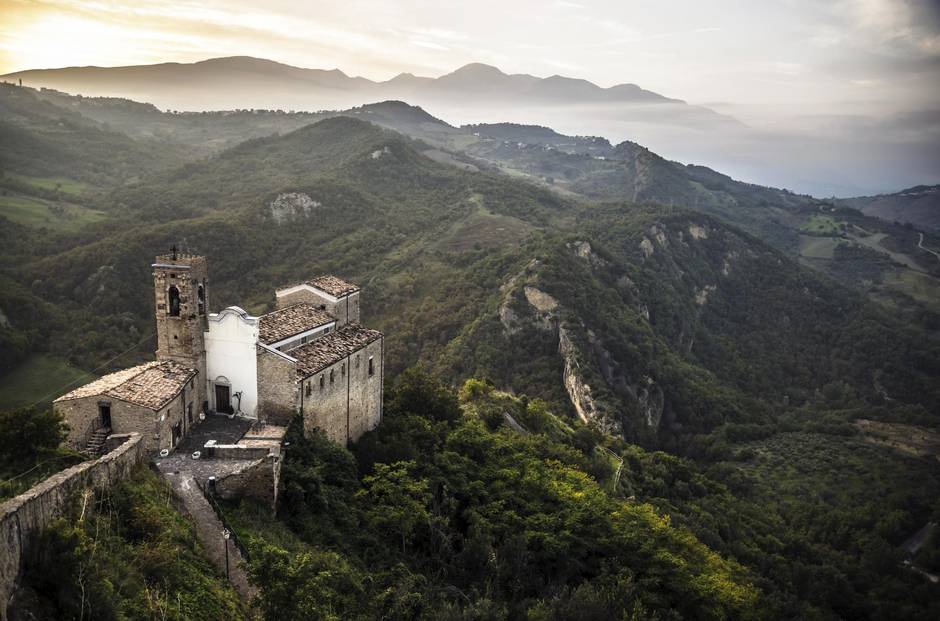 The Church of San Pietro in Roccascalegna, Abruzzo. (iStockphoto)

Abruzzo, which stretches from the mountainous region east of Rome across the skinniest part of the Italian boot to the Adriadic coast, feels surprisingly undiscovered. It includes one of Europe’s largest green spaces (three national parks, one regional park, and 38 nature reserves) and encompasses four provinces – Chieti, L’Aquila, Teramo and Pescara. But it can most easily be divided into two sections: the mountains and the coast.

Driving in from Rome, it takes about an hour and a half to reach the first mountain city of L’Aquila, you’ll start to see towns and villages spiralling up mountains, many topped with crumbling open-air castles. Many of them are largely unpopulated, save for a few older folks keeping chickens and growing vegetables in their yards, packs of friendly dogs wandering around and families that come in from Rome or coastal cities for the weekend. Countless villages are comprised of narrow stone-lined streets and ancient-looking buildings, some boasting elements of Roman architecture, “borrowed” from nearby ruins hundreds of years before.

In the tiny mountain village of San Nicandro, I talked to Canadian Christina Vakomies, who bought and renovated a vacation home nearby, portions of which date back to 1820. 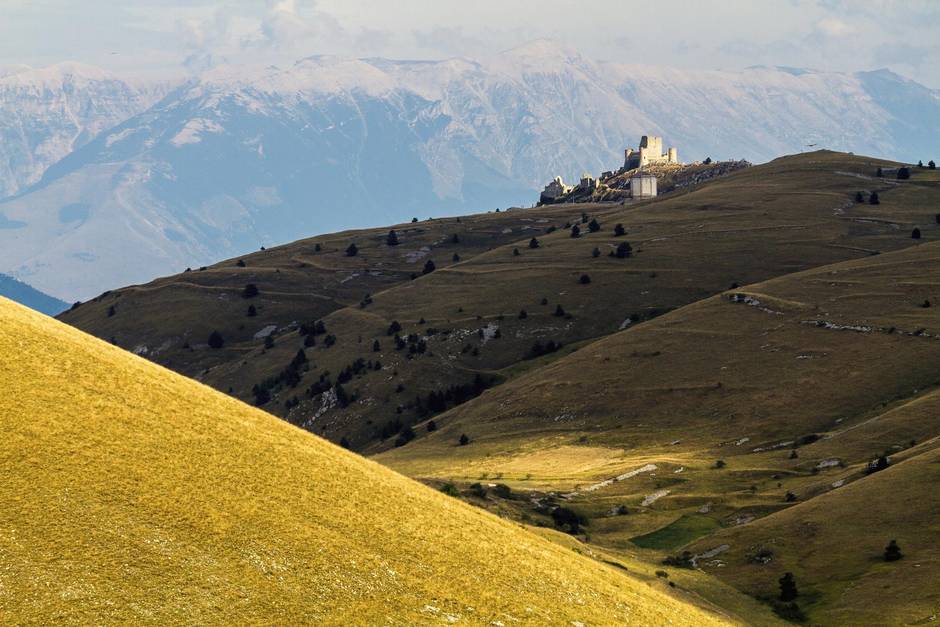 Visitors can explore Rocca Calascio, a 13th-century castle in the Apennine mountains of Abruzzo. (robertogobbophoto.it)

“Why queue to visit popular tourist sites when we can visit a tiny ninth-century church in a wood, call the number on the gate and get a private viewing of the stunning frescoes inside?” she said.

Now based in London, Vakomies and her husband wanted a property somewhere in Italy and were drawn to the quiet remoteness of Abruzzo’s mountain villages.

“If we want culture, the university city of L’Aquila is close by, with its narrow streets lined with Renaissance and Baroque buildings, gorgeous squares, spectacular cathedrals, shops, wine bars and restaurants, all surrounded by mountains.” 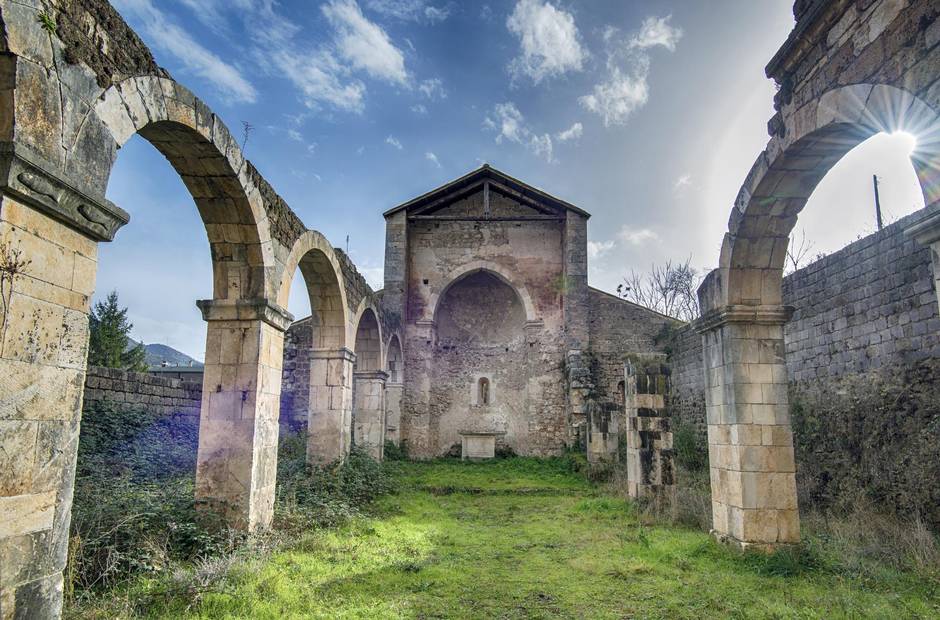 One of Vakomies’s favourite spots is Rocca Calascio, known as the highest fortress in the Apennine mountain range. The 13th-century castle (seen in the 1985 movie Ladyhawke) is a fairly short uphill hike from the village of Calascio. After roaming around the rubble of the castle, drop in to Rifugiio Della Rocca, one of the village’s few restaurants, which serves up heaping bowls of wild boar ragout, chickpea soups and other regional specialties. And through it all, you’ll likely be able to count the other tourists you run into on a single hand.

With so much green space, Abruzzo’s mountain region is also a popular spot for cyclists, hikers who want something more serious than a jaunt up to a castle and, in the winter, plenty of skiing (the resorts of Gran Sasso sits in Abruzzo territory). Less athletic types can explore L’Aquila province’s rolling hills, covered in fields of wild poppies with cows outfitted with bells milling around, and sample arrosticini, the region’s signature lamb skewer favoured by rural shepherds. Arrosticini is served widely in Abruzzo, but nothing bests the anonymous middle-of-nowhere mountain barbecue joints where patrons need to cook their own meat. Point out how many you’d like, pay for the raw meat, then take them out to narrow coal braziers made specifically for the slender skewers, turning them yourself as they brown. Naturally, these rustic pit stops operated by local families are also sufficiently stocked with wine and Italian cheese. 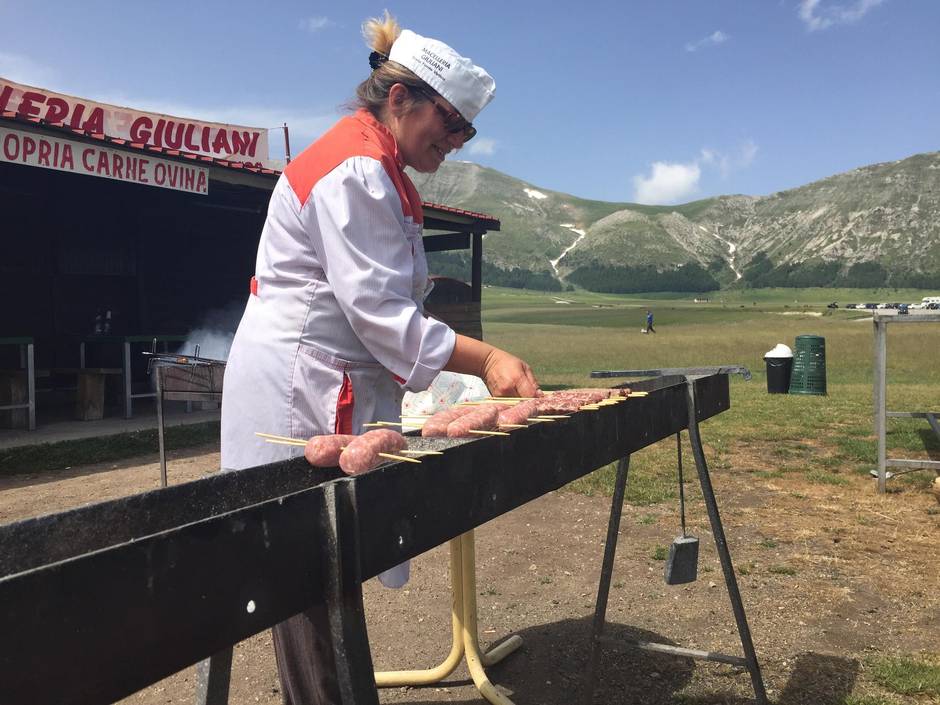 The coastal section of Abruzzo is more populated than the serene mountains, but you still won’t see throngs of tourists. There are more castles and churches to explore, as well as beaches and the intense blue waters of the Adriadic. Foodies head to the Trabocchi Coast, which runs from Ortona to San Salvo, for seafood. A trabocco is a complex wooden fishing platform found at the end of a long narrow pier, with multiple wooden poles supporting a large net that is hauled in with winches. Abruzzo’s Trabocchi Coast has more than a dozen traboccos that also serve as prix-fixe restaurants. For about €50 ($75), diners can order course after course of seafood that’s just come off the nets, with plenty of Italian wine included.

And there’s another far more sombre reason for Canadians to venture out to the coast. The city of Ortona should ring some bells for anyone who’s studied the Second World War. In 1943, Canadian forces managed to take the seaside town from the Germans, losing 1,375 Canadian lives in the process. Many of those soldiers lie in the Moro River Canadian War Cemetery, worth going out of your way to in order to pay your respects.

The mountains and the coast are both easily reached by car, and are less than an hour apart. Without all those other pesky tourists to slow you down, you’ll be amazed by how much you can see, do and eat in Abruzzo. 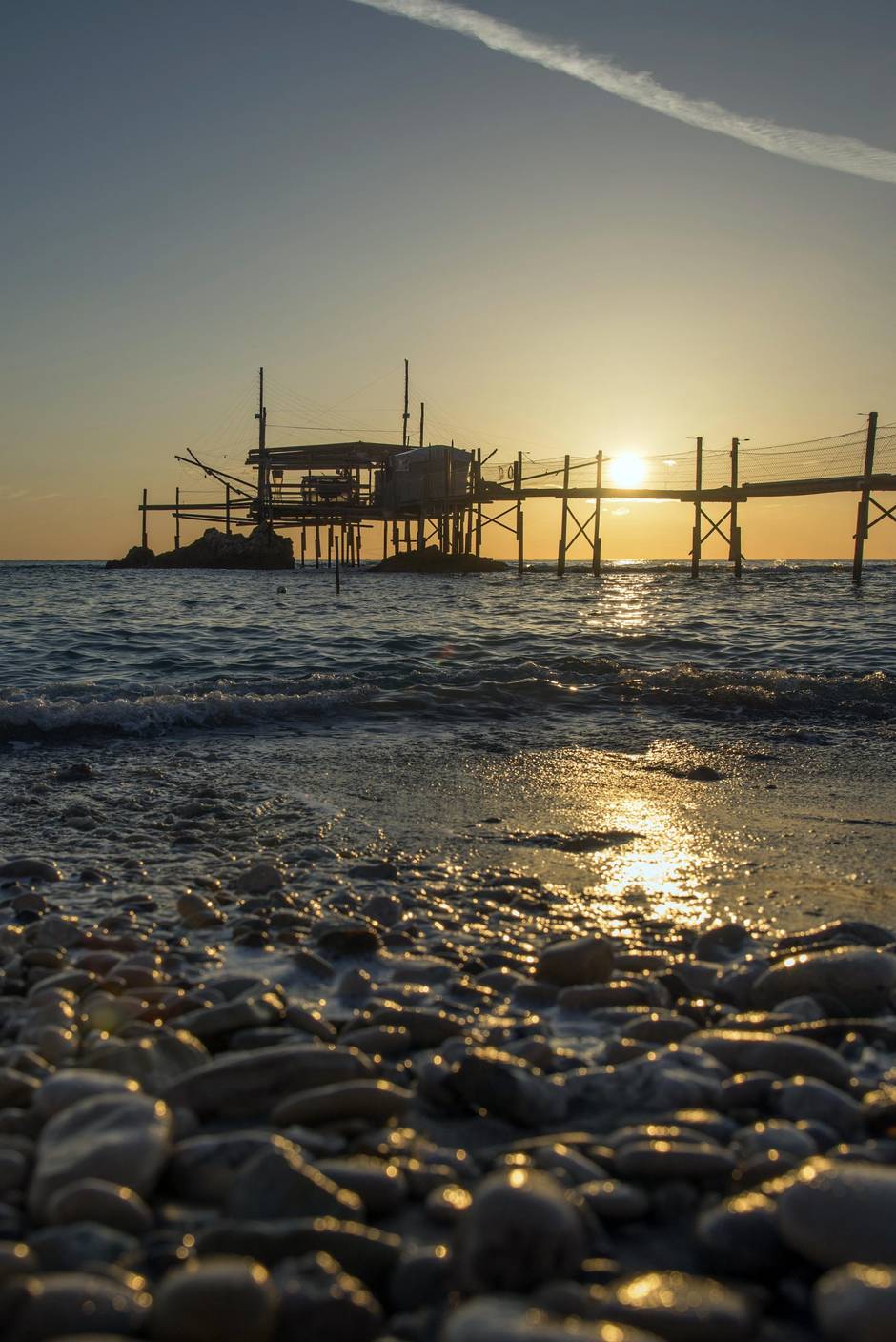 One of many traboccos, a coastal fishing platform, in Abruzzo.

Visit visitabruzzo.co.uk for more details on the area.

Osteria Il Borgo Dei Fumari (in the village of Prata d’Ansidonia in L’Aquila province). Simply ask the server to send out enough antipasti to feed the table and you’ll be treated to Abruzzo specialties of every description. 67020 Prata d’Ansidonia, osteriailborgodeifumari.it

Trabocco Punta Isolata. Any trabocco along the coast will likely serve you a spectacular seafood meal, and the prix-fixe lunch on this one – from the cold fish appetizers to the traditional moon-shaped cookies served at the end and the other five or six courses served in between – is hard to beat. 66020 Rocca San Giovanni, traboccopuntaisolata.com E.C.B.