I had boarded a minibus in Durban – one of the hot, claustrophobic and life-threatening affairs that dart recklessly about the African subcontinent with the seatbelts ripped out and the music turned up – with the idea of heading north toward Mozambique.

An old lady sat next to me, cooing as she tried to placate a chicken that was thrusting and jostling wildly in her lap, its weathered wattle flapping to and fro as it tried to peck at her eyes, and occasionally my own.

The bus had no muffler and there was a large hole in the thin metal floor, so the noise of the overloaded engine blasted up into the bus, followed, whenever we stopped, by its hot, noxious fumes. I didn't think my headache could get any worse, until an obnoxiously cheerful chorus erupted from a back row of schoolgirls. The ululations seemed uncontrolled, forced out I assumed, by the sheer pressure generated by six children in half as many seats.

Notwithstanding the noise and her chicken's fits, and despite the fumes – or possibly because of them – the old lady fell asleep, smiling. The chicken now had only my exposed eyeballs at which to jab. I pulled down my sunglasses and thought about having it for dinner.

Whenever the bus stopped – which it did often, without warning and with a sideways lurch so savage that it would have sent me flying were I not so thoroughly lodged in place – hordes of vendors would gather around, like flies to a bad smell, to push offerings of hot pop and festering fruit through the broken windows.

At one of these stops, and through such a swarm, emerged a tidy man in a neatly pressed baby-blue shirt and pleated trousers. Impossibly, he squeezed in next to me and then, with a grin that can only be so bright when set into a face so dark, introduced himself as D'xee (pronounced Dix).

He was a warm, affable chap, who grinned a lot. A member of both the Xhosa nation and the region's police force, he was on his way to attend the celebration of his young cousin's return from isolation.

Over an hour or so of bumpy, disjointed conversation, shouted over the the roar of an untamed exhaust and a vast language gap, D'xee outlined the basics of Xhosa coming-of-age rites. When a boy wants to become a man, the first step is circumcision: No anesthetic is administered, and the blade is never sterilized. After the operation, he spends the next 30 days fending for himself in the South African bush.

Then D'xee asked if I wanted to go with him to the celebration.

I didn't know if I should walk off into the hinterlands of South Africa with a stranger I could barely understand. I did know that I wanted to get off that bus.

We pried ourselves out and began the long hike through the rolling green hills of the Eastern Cape's rural settlements. By noon we were there, and the party had started.

A huge, multicoloured circus-style tent had been erected among the clusters of mud-grey buildings, meandering livestock and wandering revellers, and beneath it people were drinking. A lot.

Stacks of big black speakers blared music at deranged levels while young men took swings at each other's heads and toothless old ladies stomped about on cow patties, everyone pausing regularly to down huge quantities of moonshine – a thick, opaque potion derived from a blend of maize, sorghum salt, yeast and water. Umqombothi (pronounced oom-kom-bow-tee, but only before you've finished your first mug) is a sour, gritty and potent concoction that jars the stomach and contorts the face.

The entire community was here and everyone, it seemed, was royally drunk. Even the goat.

I asked D'xee where his cousin might be amid all this sweat and bedlam. We left and headed downhill from the tent, until it became a gaudy, distant din. Eventually we came to a secluded adobe hut, within which D'xee's cousin and two other initiates were resting.

They sat against a wall, looking exhausted. A single thick wool blanket covered all of them from the waist down, concealing their manhoods, which I imagined (only briefly) to be in varying states of repair.

We sat for a while as men from the community streamed through, D'xee translating their offerings of advice, encouragement and blessing. These three youths had returned home safely. Not all do. Here and now, there is cause for celebration.

I asked D'xee if he knew what was next for his cousin. "Of course," he said, flashing me another bright grin, and likely remembering his first thought after his own initiation – the thought that unites 18-year-old men of any culture – "he will finish healing, then he will find a girl." 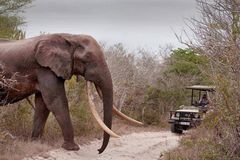 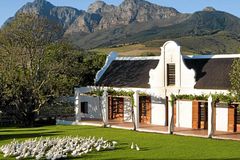 Falling deeper in love in South Africa
January 12, 2011
Follow us on Twitter @globeandmail Opens in a new window
Report an error Editorial code of conduct
Due to technical reasons, we have temporarily removed commenting from our articles. We hope to have this fixed soon. Thank you for your patience. If you are looking to give feedback on our new site, please send it along to feedback@globeandmail.com. If you want to write a letter to the editor, please forward to letters@globeandmail.com.
Comments