I have bungee jumped, parasailed and climbed rock walls. Heights, in other words, normally exhilarate me. But as I stepped gingerly onto the narrow rock bridge 45 metres above the floor, I heard my blood rushing. Or was that the sound of the river echoing far below?

Swallowing hard, I reminded myself that this natural bridge had been here for millennia. The guide told us it was secure. But somehow, none of it helped. After all, it wasn’t, really, the height that bothered me. It was the height … plus the depth. Because when you’re 150 metres underground, knowing you could fit a 45-storey building here and it still wouldn’t reach the parking lot above, it doesn’t matter what you tell yourself. Safety still feels very, very far away. 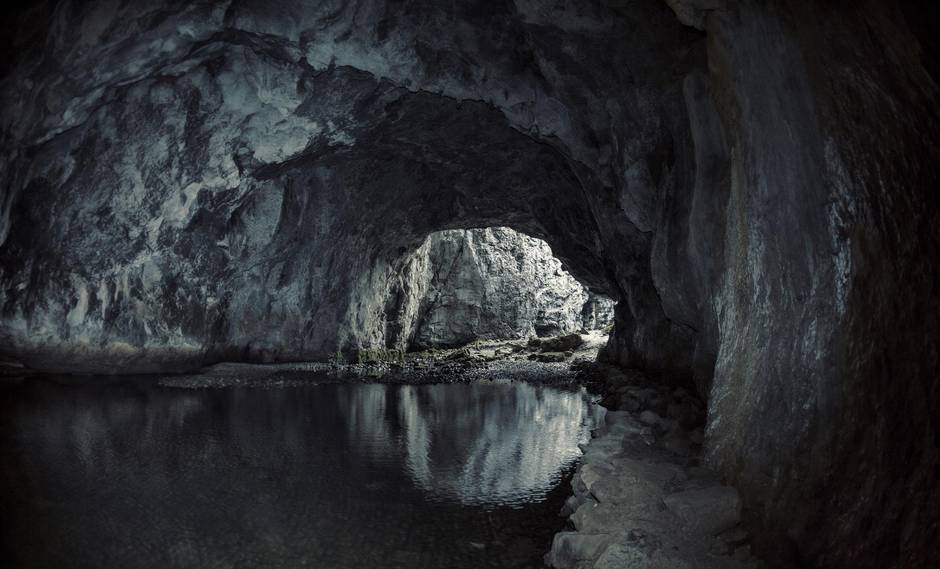 I was in the largest underground canyon in all of Europe: Slovenia’s Skocjan Caves, a 413-hectare, six-kilometre-long system of passages that reach 223 metres underground. Carved through limestone by the Reka River crashing below, complete with 26 separate waterfalls, the caves are among the most extraordinary in the world. They were the first site in modern-day Slovenia to be given UNESCO World Heritage status, back in 1986; although Slovenia has more than 7,000 caves in total, they remain the country’s only caverns – and the only natural site at all – inscribed on the list today.

Even on a guided tour such as ours, exploring them is an adrenalin rush. But it’s nothing, of course, compared with what earlier visitors experienced. The first explorer came down in 1851. It took another 39 years before even the three-kilometre main section, the same route we were on now, was mapped. Our guide pointed out a line of twine-narrow steps cut into the sheer side of a cliff, dimly visible across the expanse of the subterranean lake beneath. Those stairs were what visitors used up until 1933.

Despite the obvious dangers – the pitch black, the unknown caverns, the tiny tunnels – it’s little wonder that people felt pulled to explore the caves. They are spectacular. 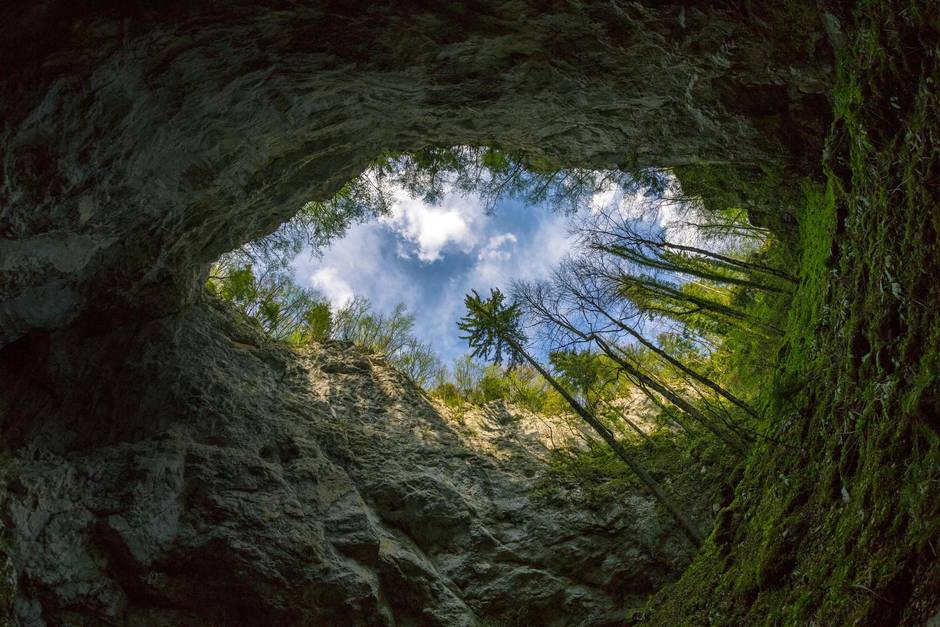 Earlier on our visit, as we entered the Great Hall, I had found myself catching my breath. An enormous, subterranean cathedral, 120 metres long and 30 metres high, its vault is as high as Notre Dame’s. Stalactites dripped from the ceiling, as glittering white as snow-covered icicles; stalagmites towered like overgrown mushrooms, each bigger than I was. The “Giant,” a single, hulking stalagmite, stood 15 metres tall – taller than a city bus standing on its nose, but in the shape of a melted candle. The whole scene looked like what would happen if Alice in Wonderland met Mordor.

Getting a handle on the sheer size of everything was hard enough. But wrapping my mind around the time that scale and size represented was even harder. It takes about 100 to 150 years for each stalactite or stalagmite to grow a single centimetre. The Giant is 250,000 years old; the entire cave, three million years old. All of the fantastical creations around me were the result of millennia of a slow, steady dripping of rain into the cave, which has between 80 per cent and 100 per cent humidity.

That moisture has allowed for life. The Skocjan Caves are considered among the world’s largest underground wetlands, complete with many of the critters you’d expect: cave salamanders and crustaceans, bats and beetles. At one point, the guide pointed out a pile to our right. It wasn’t another stalagmite. It was bat guano. 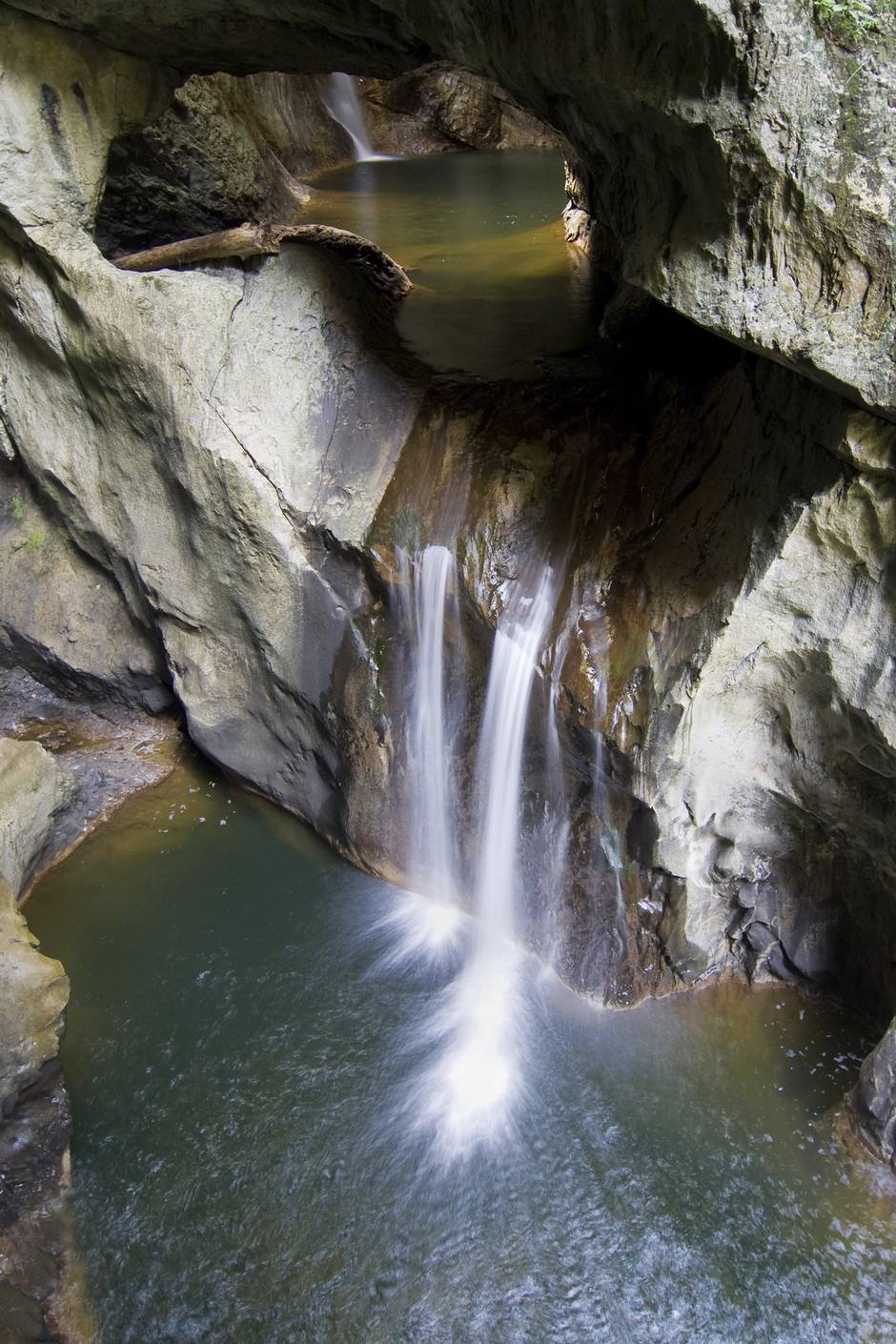 But the water also has led to something else: flooding. Despite the canyon’s enormous size – one section alone, called Martel’s Chamber, has a volume of 2.2 million cubic metres – the river ends in a relatively tiny siphon. (The Reka River then disappears underground, reappearing again 34 kilometres away, near the Adriatic Sea.) As a result, after heavy rains, the river surges. Luckily, the last flood was in 1965, when the water reached 108 metres high.

Now, as I crossed the bridge, I looked back. After our 2.5-kilometre walk, we were on our way out of the caverns, climbing back up the stairs, toward the sun and solid ground. Behind us, the electric lights started to switch off. The area where we’d been plunged into blackness. And despite the surge of fear it had given me, despite how it had made my heart pound, for just a moment, I wished I was back there again.

The writer travelled as a guest of the Slovenia Tourist Board. It did not review or approve this article.