My favourites include Fredericksburg, Tex., and Williamsburg, Va. But for even tastier U.S. small-town recommendations, I tapped five south-of-the-border travel writers.

"A great American small-town is one that's easy to walk around – and you can chat with the locals over a slice of pie," says Chicago's Karla Zimmerman (mykindoftownandaround.blogspot.ca).

For him, Santa Cruz, Calif., leads the pack. "In its compact, restored downtown, you'll see everyone from aging hippies to dot-com brats. None of them tolerates the humdrum, so there's a creative mix of shops, bookstores and cafés."

Southbound, he adds San Luis Obispo, Calif., for its "fascinating 18th-century Spanish mission and church. Usually sunny, there are beaches and state parks nearby – plus restaurants serving great local wine and microbrews."

He's not all Golden State, though. "Turkey, Tex., is as small town as it gets. The centrepiece is the Bob Willis Museum, a loving tribute to an iconic country and western musician. It's a haunting town embodying a lost way of life."

Gina Adams's website (americansmalltowns.com) eulogizes small towns. "It's amazing what people miss when they're too busy booking vacations to large cities," she says.

A diner fan fond of Sylvia Mae's Soul Food in Jacksonville, Tex., (chicken fried steak recommended), her favourites include Florida's laid-back Key West and South Carolina's charming Charleston. Then she heads west. "My number one is Tombstone, Ariz. Filled with Wild West history – specifically the O.K. Corral and Wyatt Earp – it's like travelling back in time."

Nostalgia isn't the only lure for travel writer Robert Reid (reidontravel.com). "I like it when a town holds onto its past but doesn't live there. I also like having something else nearby – mountains to climb, rivers to canoe, scenic drives to take."

His recommendations? "Walla Walla, [Wash.,] has great historic buildings. And there are over 100 regional wineries, including an area by the airport with tasting rooms in old [Second World War] barracks and mess halls."

Next is Bartlesville, Okla. "An hour north of Tulsa on the lip of Osage County, [oil baron] Frank Phillips had a summer home out there that's now a fascinating museum. And in town there's Frank Lloyd Wright's only skyscraper, the Price Tower – now a hotel."

Reid's final fave is in Iowa. "I like Dubuque, a Mississippi River valley town. With rolling hills and big river views, there's a funicular ride up one hill plus old Victorian houses turned into B&Bs."

Then, there's Oregon. "Astoria is a great walking town, with its 1920s architecture still intact. Watch the ships navigating the Columbia River from your Cannery Pier Hotel balcony, then dig into beer-battered albacore tuna at Bowpicker Fish & Chips."

For Frause, these communities rarely stand still. "A great small town has a sense of place – it knows who it is and celebrates the past but also embraces the future. When you see a great American town, you'll know it: it's a place of pride."

Special to The Globe and MailSend your travel questions to concierge@globeandmail.com.

From hard cider to soft cheese: This Vermont town is a locavore’s dream
May 19, 2014 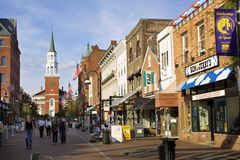 Why this Nova Scotia town may make you miss the ferry
June 20, 2014 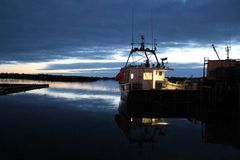