Forsaking convention hasn’t hindered the comfort or convenience of the newest lodging option in Long Island City, the Queens neighbourhood closest to Manhattan.

With starkly industrial design features inside and out, the independently owned Boro Hotel is the furthest thing from a bland chain property. It also bears little resemblance to the iconic Grand Dames on the other side of the Queensboro Bridge, but not because it lacks creature comforts. From the stylish serenity of its café and lobby lounge to the Frette linens and floor-to-ceiling windows of the 108 rooms, the Boro combines upscale amenities with satisfying doses of NYC-appropriate edginess. Then there’s its ace-in-the-hole: eye-popping views of the Manhattan skyline. 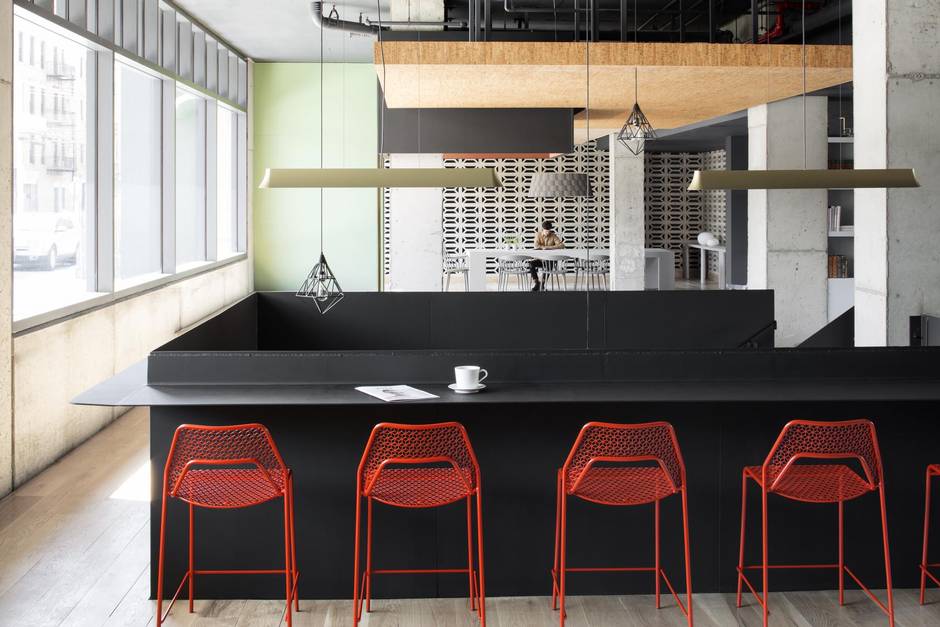 The cafe at the Boro Hotel, 20 minutes from LaGuardia Airport in Queens.

The Boro’s handy proximity to LaGuardia International Airport, a 20-minute taxi ride to the northeast, is undeniable. Hotel staff must work harder to promote the workaday surroundings as “the next Brooklyn,” but there’s little to substantiate this claim between the lobby doors and the Queensboro Plaza subway stop three blocks to the south. This won’t matter much to many out-of-town guests: The main draw, Manhattan, is minutes away by cab, public transit or on wheels rented from a Citi Bike station. 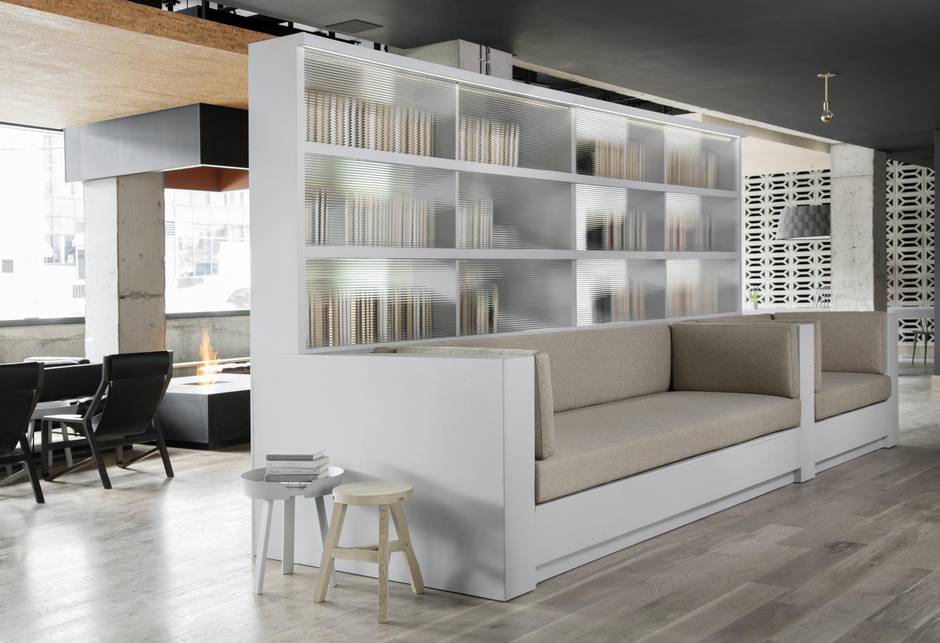 The lobby / lounge at the Boro Hotel.

The Boro’s unusual history explains its extensive industrial flourishes. Before the current owners stepped in, its 14-storey concrete superstructure was unoccupied and unfinished, and was slated to become another generic chain property.

Rather than overhauling the building (at great expense), the structure’s rawness was left largely intact, with local architecture firm Grzywinski+Pons choosing to let function guide their efforts. Chilly concrete floors, for example, are now covered with maple hardwood and lively geometric tiles; cinder-block walls are partly concealed with rustic wainscoting; and “no smoking” is playfully spray-painted next to the elevators. Combine this with the lobby’s ample bookshelves and ultramodern central hearth – not to mention the incredibly informal front desk, which consists of a long table bearing laptops sitting on wooden crates – and the result is a surprisingly warm, inviting property that feels as though it hasn’t been transformed so much as saved.

The hotel’s exterior embraces the industrial theme less successfully. Scaffold-like balcony railings and grates not only obscure the glorious windows, but make it look as if the place is perpetually under construction. 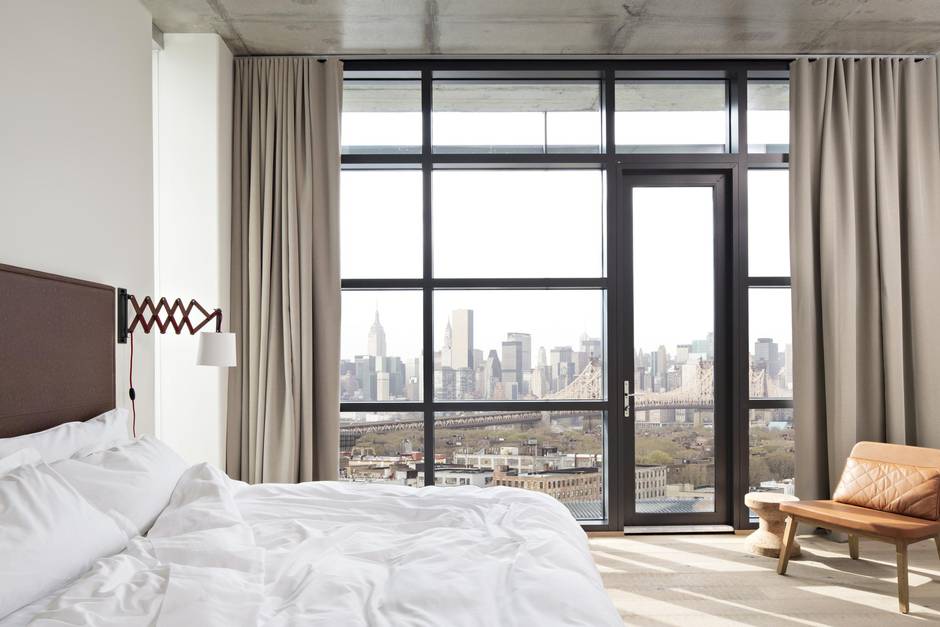 A Manhattan view room in the Boro Hotel

Thankfully, the unsightly exoskeleton doesn’t distract from the glorious views. An enormous rooftop patio offers 360-degree sightlines, while guest quarters feature as many as three entire walls of windows. Glass doors open onto expansive balconies that in some cases offer triple the square footage of the generously sized rooms. Manhattan-facing options are understandably popular, but the Queens side also has its charms. Watching distant subway trains trundle by at night, for instance, is like observing the movements of a meticulously detailed diorama. 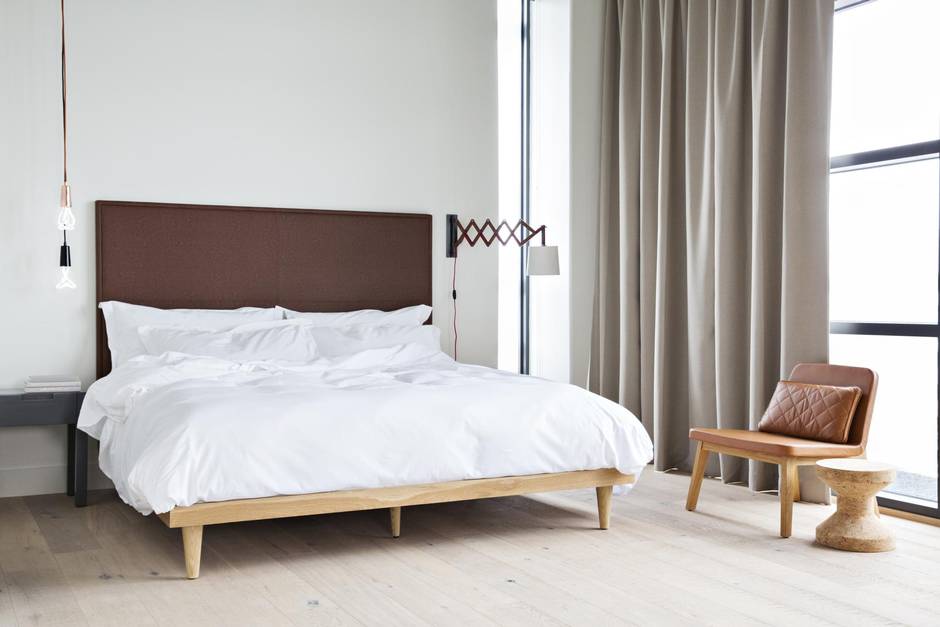 The spartan furnishings cross the line from minimalism to impracticality.

There’s a fine line between minimalism and impracticality, and the spartan room furnishings cross it. Where are guests supposed to leave their luggage when the only viable surface is a smallish rectangular table that’s already occupied by a TV and desk lamp? Folding luggage stands would go a long way to solving this problem, but would do nothing for the crowded bedside tables and tiny wooden bathroom vanities, which are woefully inadequate for couples. 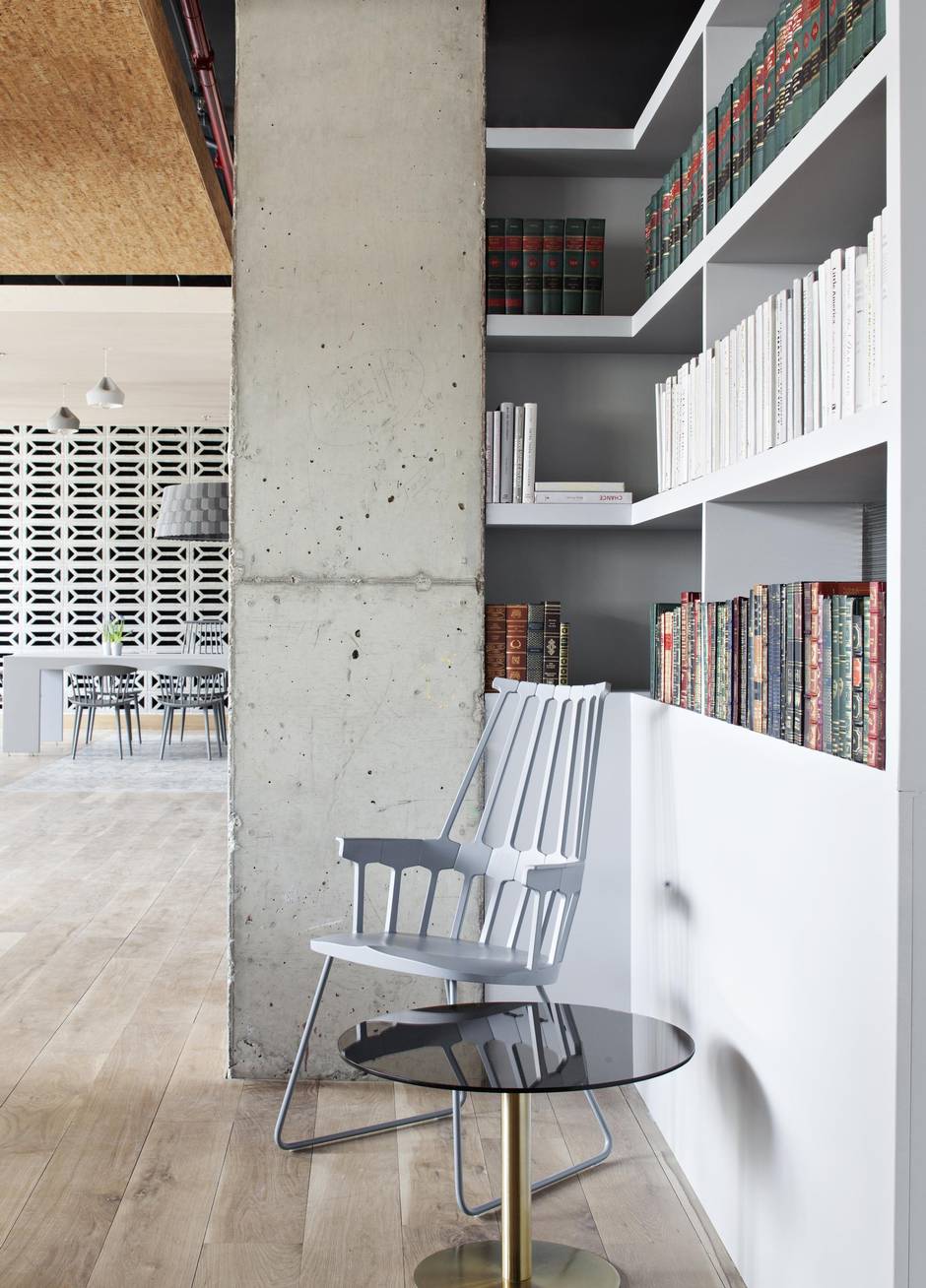 Books in the Boro Hotel's lobby.

Many languages and accents, as well as the squeals of small children, can be heard in the Boro’s casually stylish lobby lounge. According to front-desk staff, guests tend to be well-travelled and knowledgeable, and value two main attributes: the correlation between reasonable rates and generously sized rooms that range from 250 to 405 square feet; and the convenience of a jumping-off point for Manhattan that’s not actually in chaotic, expensive Manhattan. 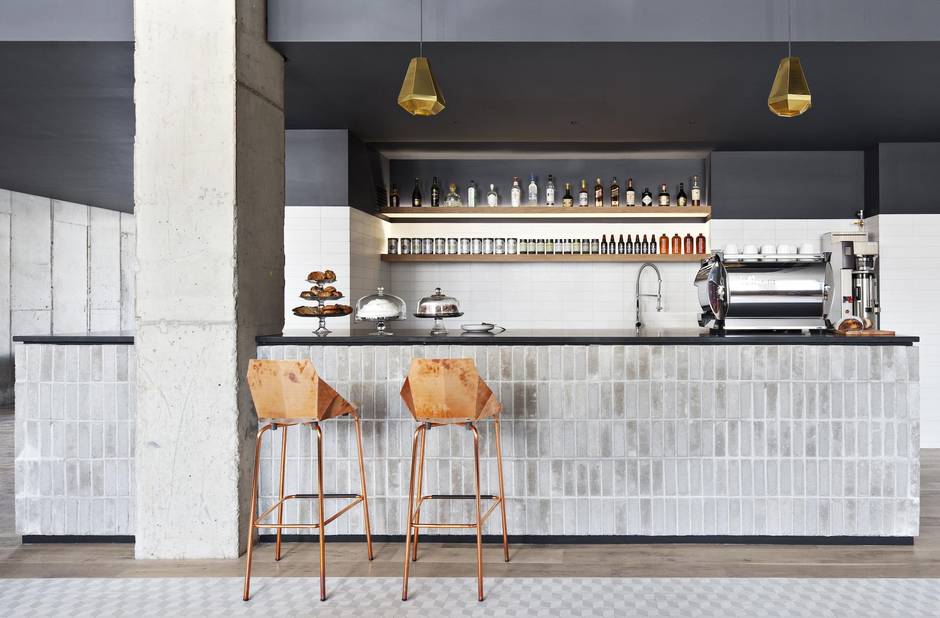 The creative fare at the Boro Hotel’s café, above, is perfect for grab-and-go gourmets.

Until very recently, the Boro’s café offered a complimentary continental breakfast buffet highlighted by delicious pastries and Greek yogurt parfaits. With the arrival of an all-day menu, however, the buffet now comes at additional cost.

But penny-pinchers’ loss is a gain for grab-and-go gourmets, with the new menu including creative fare such as a multilayered breakfast pudding of organic chia, granola and macerated berries; and a “World’s Greatest Sandwich” that piles grass-fed beef, baby spinach, fire-roasted red peppers, brie, caramelized vidalia onion jam and lemon-thyme aioli on a grilled onion roll.