Crowds surge through the pedestrian shopping zone of Athens’s Ermou Street, past designer boutiques and a tiny Byzantine church that stands at a kink in the road like an island of sanctity. Kapnikarea church is at least 1,000 years old, though its domed roof rests on four ancient columns from Roman times, each of them stripped from a different ruin.

Those mismatched columns, so pragmatically reused, offer an object lesson about the problems and promise of Athens today. Six years of economic crisis, and several decades of thoughtless urban development, have focused many minds here on the task of building a better future from the usable past.

Apart from its classical monuments, Athens is not a picture-postcard capital. It is gritty, restless and spontaneous, as you can see from rampant graffiti that sometimes blows up into epic street art. 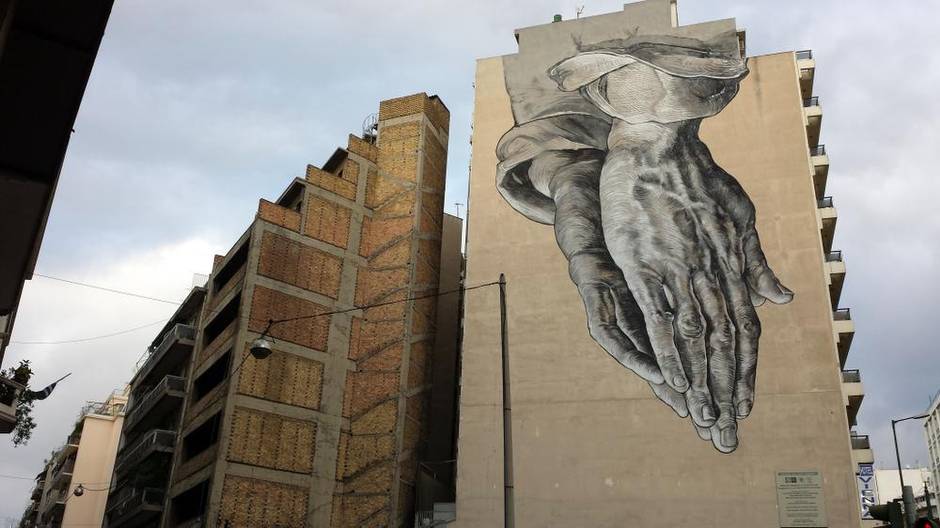 But the city seems to be rebounding from the depths of the crisis, which many say were touched three years ago. More and more Athenians are involved in a kind of civic infill activity, reimagining the town, improvising social services and engaging in what Greek photographer Eirini Vourloumis calls “a forced renegotiation of Greek identity.”

Athens is still living the hangover from the boom years of the 1960s, when Athenians were proud of the city they thought they were creating, but also strangely oblivious to the consequences of that process. Unco-ordinated development, fuelled by aid from the U.S. government, erased much of the city’s neoclassical heritage, and damaged the city’s ecology and infrastructure.

Now, ambitious plans are afoot to remodel the downtown in more sustainable ways, and to add cultural capital to civic life. Innovative restorations, led by artists and arts organizations, are reclaiming rundown industrial districts. There is a feeling here that creativity is the last and best resource when other resources fail.

Nikos Vatopoulos, cultural editor of the Athens daily paper Kathimerini, says that Greece “has entered its Weimar period” – a reference both to its political fragility and its creative dynamism. 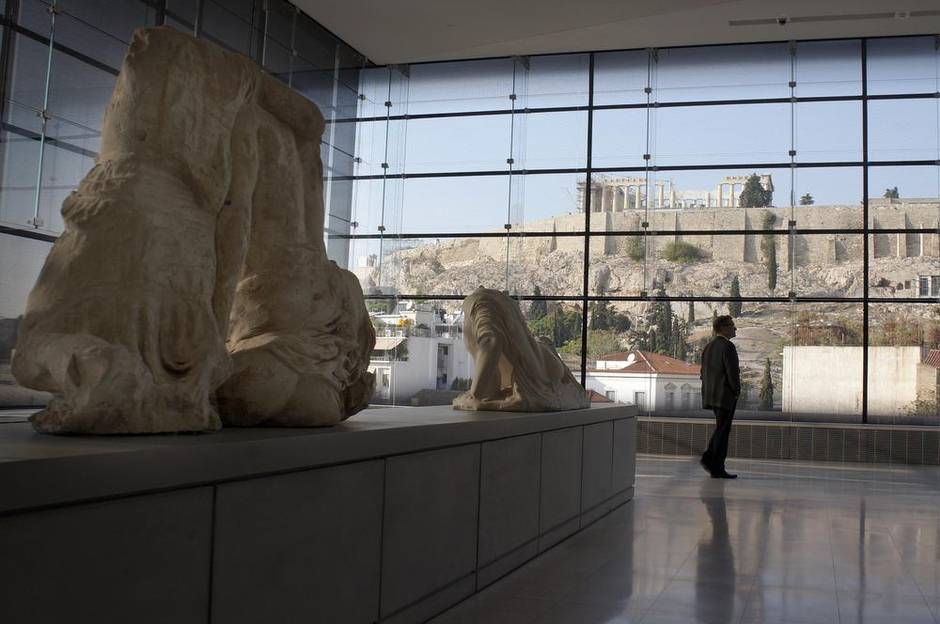 Rethink Athens, a project led by the Onassis Foundation, will insert a “green spine” between two central plazas, starting later this year. The six lanes of Panepistimiou Street will be pedestrianized and planted with 800 trees, to become a grand promenade – with bike lanes and a tram line – between the neoclassical environs of Syntagma Square and the slowly reviving area around Omonia Square. Near the centre of that promenade, the Greek National Theatre is completely restoring the Rex Theatre, an art-deco building designed in 1935 that will become a three-stage theatre hub. Dozens of empty buildings along Panepistimiou will reawaken as cultural spaces through a citywide project called theatre of 1,000 rooms.

The Greek National Opera, which has expanded all over town with unstaged “suitcase operas” and pop-up performances, will have a new theatre as of next year, designed by Italian architect Renzo Piano, at the Stavros Niarchos Foundation’s new complex in the city’s southwest. The National Museum of Contemporary Art (EMST) has already taken up quarters in part of a restored brewery building originally designed by Takis Zenetos, a leading Greek proponent of modern architecture’s International Style. 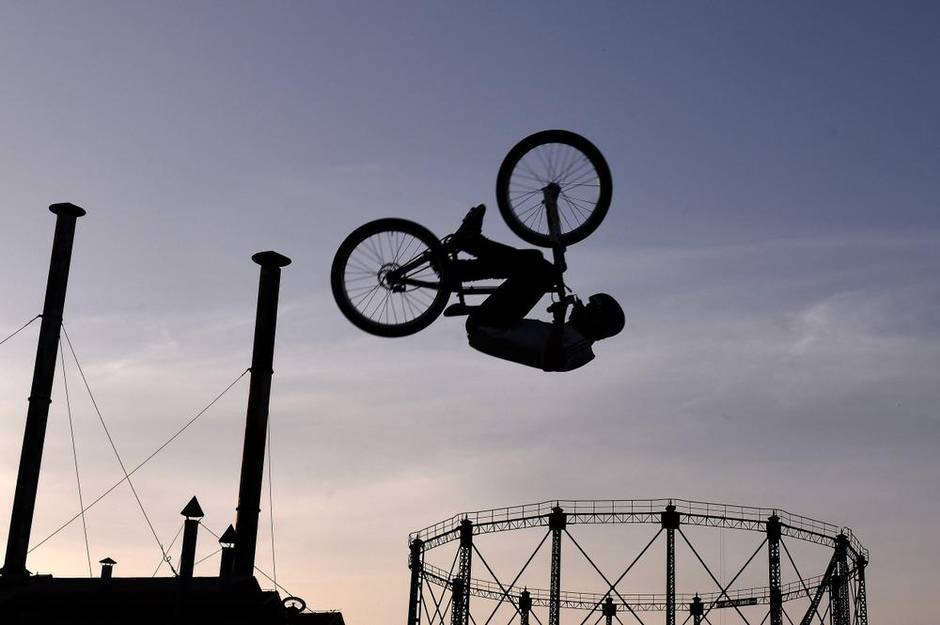 Athens bike festival at the Technopolis in Athens. (AFP/Getty Images)

Technopolis, a complex of display spaces in a former industrial zone in the west-central Gazi district, is perhaps the best model in Athens for physical conversion of the usable past. It was a coal-gas plant, and is now partly a museum for that disused extraction process. But it also houses exhibitions, such as the first Athens Biennale in 2007; and conferences, such as the bio-trade fair that was going on during my visit in November. Near the cylindrical iron skeleton of the museum’s towering gas holder, a dense gathering of restaurants, cafés, art galleries and clubs has crept up both sides of the narrow park between Persefonis and Voutadon Streets, which is now one of Athens’s most vibrant night-time areas.

Metaxourgio, a more rugged former industrial area to the north of Gazi, is slowly being revitalized by an influx of art galleries and even a few new condo developments. Since 2008, the Breeder gallery has been housed in a former ice-cream factory that was converted in spectacular minimalist fashion by architect Aris Zambicos. There’s no name on the tall steel doors, and the cartoon-like graffiti climbing up the façade is actually an artwork commissioned from a street artist known as ATH1281.

“The crisis has motivated artists,” says director Nadia Gerazouni, who adds that many Greek artists have returned home after decamping to Berlin earlier in the economic troubles. The Breeder represents the likes of Stelios Faitakis, a political muralist whose sprawling Imposition Symphony, shown at the 2011 Venice Biennale, used a vigorous style derived from Byzantine icons to attack censorship. With faltering state support for culture, Gerazouni says, “if you want to do something in Athens, you just have to go out and do it.” 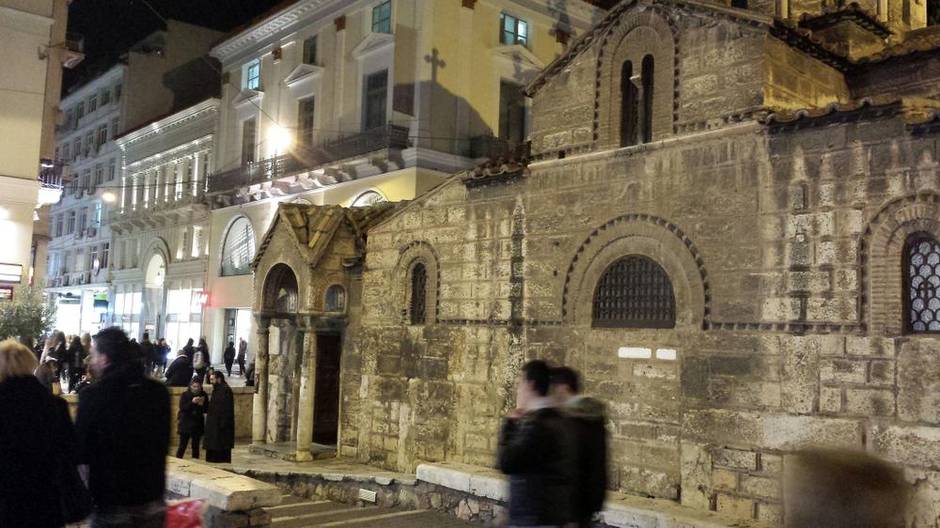 The energy and agony of Athens during the crisis seems to be the main reason that the 2017 edition of the prestigious German art exhibition Documenta will begin here in April of that year, before a second opening in Kassel during the summer. Like Germany when Documenta began in 1955, say the organizers, Greece is dealing with “the trauma of destruction,” while embarking on a project of national reinvention.

Inevitably, that project will include the residue of antiquity that crops up in protected sites all over town. The most dramatic recent venue for encountering that past is Bernard Tschumi’s Acropolis Museum (2009), which houses statuary from the ancient site, but which also acts as a luminous viewing box from which to look out over modern and ancient portions of the city.

The Athens Metro system is even more dynamic: Displays within stations highlight artifacts uncovered during tunnel excavation. Syntagma station, for example, has exposed pipes from a fifth-century aqueduct, and a cross-sectioned wall behind Plexiglass, through which you can see early Christian graves with skeletons inside. The Metro, much of which is sleek and quite new, is “a crowd-mover that also functions as a memory machine,” say architectural historians Alexander Tzonis and Alcestis Rodi in their book Greece: Modern Architectures in History.

Other parts of Athens strive to forget or conceal recent memories and current problems. You could easily stroll the shopping area of Kolonaki and not realize that a citywide wave of crisis-related shop closings still roils even this upscale enclave. A visit to the Breeder might leave you unaware of the meaning of tiny single bulbs gleaming above several open doors nearby, all of which lead to brothels.

Poverty is an open fact of life in Athens today, much more than 10 years ago. But even with an unemployment rate near 25 per cent, I saw few homeless people, perhaps because of strong traditional ties within Greek families. For the most part, Athens feels safe. The people I met were unfailingly friendly and seemed more than ready to enter a new phase of their national life. The whole place is in ferment, and when you sense that, Athens seems a more exciting place than tidier, picture-book capitals to the north. 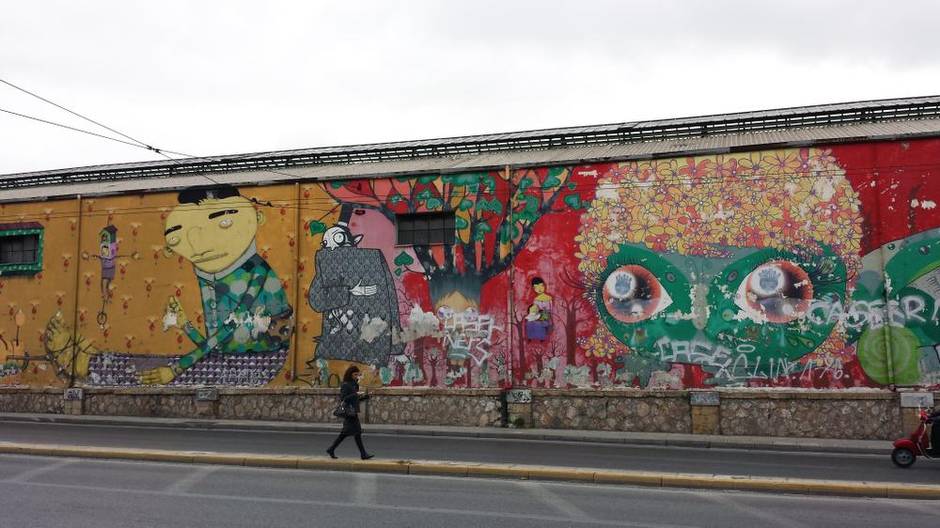 The gritty and restless spirit is illustrated in the rampant graffiti that blows up into epic street art. (Robert Everett-Green/The Globe and Mail)

The National Museum of Contemporary Art The museum’s new home, the former Fix brewery, dates back to the 1950s. The permanent collections features works in the fields of painting, photography, video, industrial design, new media, architecture and installation. www.emst.gr

Technopolis The Technopolis grounds are home to the Industrial Gas Museum, a café and myriad cultural events – from dance to music to events for children – that attract more than 600,000 visitors a year. For more information and a calendar of events visit technopolis-athens.com (note: most of the text is in Greek).

Metaxourgio This growing neighbourhood is bursting with arts, small businesses and events. Visit meta-lands.com for ideas on what to see and do.

The Breeder gallery Since the economic collapse of 2009, the Breeder has focused on promoting “a select group of emerging Greek artists on the global arena.” Its new home in Metaxourgio features more than 5,381 square feet of exhibition space. thebreedersystem.com