The Brewhouse Inn and Suites

Perched at the edge of downtown Milwaukee, the Brewhouse Inn & Suites is a key part of the Brewery, a new neighbourhood carved out of the picturesque ruins of the former Pabst Brewery complex, once the largest beer-maker in the world. The eight-hectare Brewery development is certified LEED platinum, one of only five projects in the world to receive neighbourhood designation. As its name suggests, the hotel is located in a building that served as the complex's brewhouse. It offers 90 suites and showcases large windows and original factory touches such as exposed beams, pipes and Milwaukee's distinctive cream brick. Stylish galley kitchens are outfitted with mosaic backsplashes and countertops made from wood reclaimed elsewhere on the property.

If you want to feel like an urban pioneer, this is the place for you. Across the street, the huge Pabst bottling plant is still boarded up and crumbling, but daily tours give you access to parts of the complex. As you embark on the 20-minute walk into downtown, you'll encounter patches where you'll have to walk in the street because sidewalks haven't yet been laid down. There are no shops or espresso bars in the immediate vicinity, but by staying here you can feel just a bit different.

Some hotels err on the side of too much technology, but not at the Brewhouse. The rather old-fashioned clock radio in my room stayed determinedly set to the wrong time, no matter how often I fiddled with it. A button that read "press for instructions" only offered a mellifluous voice that told me how to set the alarm – unnecessarily since another button was clearly marked "alarm" – then enjoined me to "sleep well." When I left a note asking for housekeeping to reset the clock, my note was removed – but the time wasn't changed.

The clock fiasco echoed a general lack of attention to detail. For an all-suites hotel that suggests longer stays, my clothes closet was surprisingly tiny, with room for just five hangers. The bathroom offered no soap dish or hooks for wet towels. But in keeping with the hotel's neo-Victorian/steampunk aesthetic, the room did feature nice industrial details such as pipe fittings used for towel racks, deep marble windowsills and rustic headboards and kitchen countertops repurposed from the brewhouse's wood-ceiling beams. But the best design touches were in the public spaces: a reception desk crafted from hundreds of beer bottles, the second-floor stash of six gleaming copper brewing kettles and a stained-glass window depicting King Gambrinus, the patron saint of beer brewing. Reached via a winding staircase of wrought iron, this jaw-dropping mezzanine area is almost church-like in its reverence for American industry … and beer.

Given its (relatively) remote location, the in-room kitchens, complimentary continental breakfast and free WiFi made mornings much easier.

Folks looking for a place to settle in for a few days, like regional business travelers and wedding party members, gravitate to The Brewhouse. Despite its gritty setting and funky bones, then, this hotel doesn't offer the happening nightlife lobby scene of, say, The Ironhorse Hotel, another adaptive reuse of an industrial building which opened downtown a few years ago.

The on-site restaurant, Jackson's Blue Ribbon Pub, is a perfectly serviceable sports bar, but you'll do much better downtown and in nearby neighbourhoods such as Walker's Point, where Indulgence Chocolatiers offers champagne and chocolate pairings and the just-opened Black Sheep is a wine-bar-and-small-plates option located in a turn-of-the-century warehouse.

Ask for a room facing east if you want a skyline view. Upstairs on the sixth floor, a small terrace adorned with a green carpet of succulents and a few chairs is open for everyone to enjoy sunsets and city views.

How Milwaukee is moving beyond Happy Days
June 16, 2014 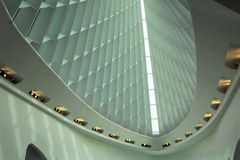 From Illinois to Italy, where to find the best cheese in the world
May 17, 2013 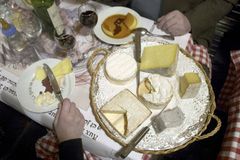 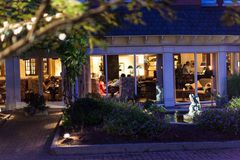 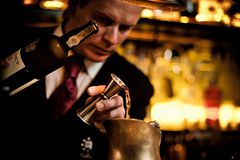