As the men chanted over the sounds of their millenniums-old instruments, the boys spun, one by one, onto the floor. None looked a day over 16. Each whirled, robe floating above the carpet, eyes closed. The boy in scarlet had an expression so peaceful, his head curled toward his upraised arms, I couldn’t even feel envious, just entranced.

As the music surged and the dervishes spun faster, I knew one thing. Somehow, I had arrived exactly where I was supposed to be.

Which, in many ways, was a surprise.

I was in Bursa, a city due south of Istanbul, across the Sea of Marmara – and one that is, despite being the fourth-largest metropolis in Turkey, the first capital of the Ottoman Empire and, as of 2014, a UNESCO World Heritage Site, on few travellers’ itineraries. So much so that when I told a Turkish friend I planned to leave cosmopolitan, buzzing, fascinating Istanbul to spend a few days in Bursa, her face scrunched. “Why are you going to Bursa?” she asked, perplexed. “It’s so … conservative. What will you do there?” 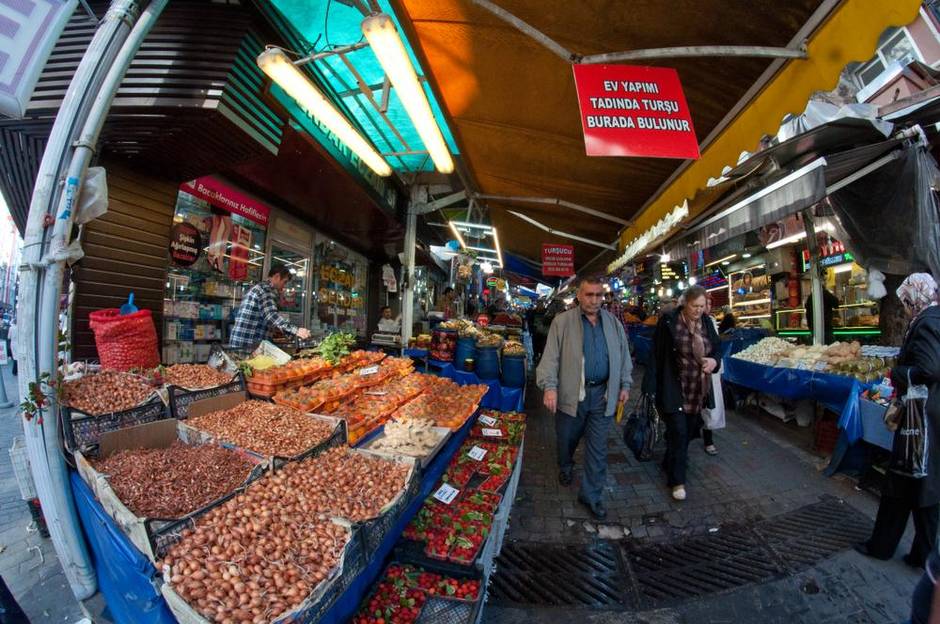 She was right about Bursa being a religious city. With more mosques and tombs than any other in Turkey, it is, as my guidebook put it, a city of “pious dignity.”

Nestled against the 2,500-metre high Mount Uludag, the city’s boxy skyline is pricked with minarets; five times a day, the mountainside echoes with dozens of calls to prayer. Outside of the 14th-century Grand Mosque, a group of 30 boisterous five-year-olds on a school trip gathered on the steps, gleefully singing. Their teachers in headscarves led them in just as prayers ended, carefully weaving them through those who still knelt on the carpet, showing the children the intricate mihrab (the niche in a mosque indicating the direction of Mecca) and the 192 inscriptions in swooping Islamic calligraphy. 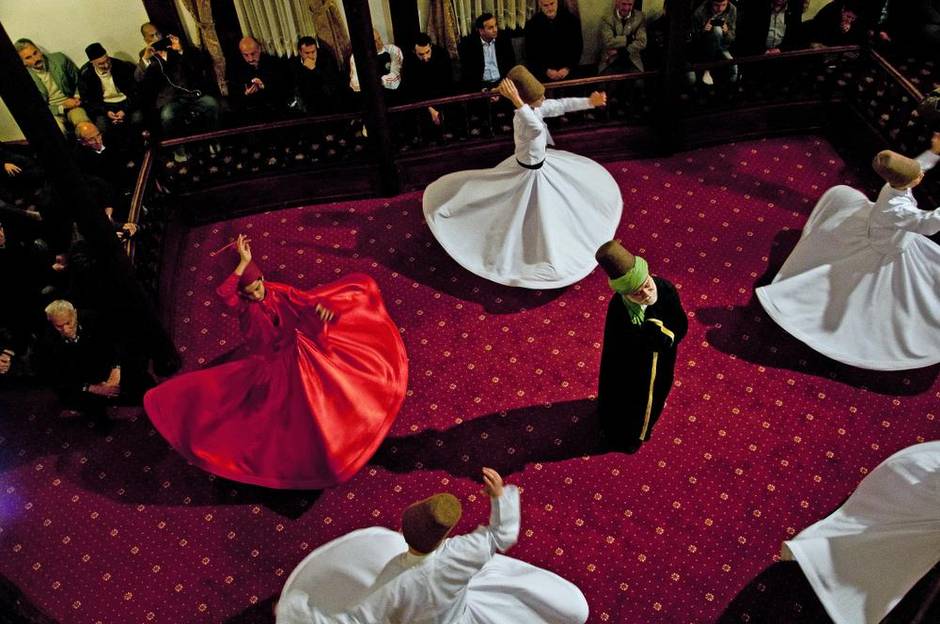 If her point about the city being religious was a good one, my friend needn’t have been concerned, since what I would do in Bursa became quickly apparent. First: get lost, often. And second: revel in some of the most serendipitous experiences I’d ever had on the road.

Losing my bearings proved the easiest part, especially the moment I stepped into Bursa’s bazaar. Vaulted halls opened into narrow stone streets, all lined with hundreds of stalls selling persimmons, puffy wedding dresses, gold bracelets, socks and so on. Caged birds sang above the chatter of the shoppers; near the perfumers’ stalls, rosewater scented the air. Every once in a while, I turned a corner and came into a 14th-century courtyard, lined with balconies and arcades, filled with tables of people sitting, chatting and drinking cay (Turkish tea). 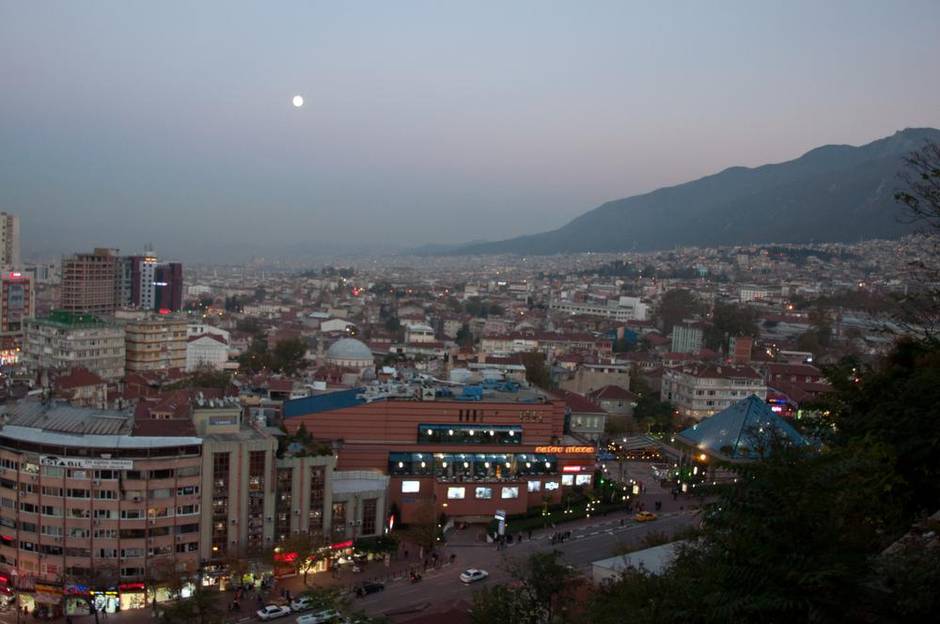 Later in the day, I found my way to the Green Mosque and Tomb, both built for Ottoman emperor Mehmed I in the early 15th century. While admiring the glistening ceramics – one section, at five metres wide and 12 metres tall, is one of the largest pieces of tiling in all of Turkey – I started chatting with a local who, it turned out, was restoring the tiles. “You’re here tonight?” he said. “You must go to the Sufi cultural centre. They have whirling dervish ceremonies every night, for free. They are not for tourists, but anyone is welcome.” After he drew a map in my notebook of where the centre was, we parted ways.

And that is how I found myself – after taking the wrong shared taxi, then being redirected into the correct one by some kind young women – watching dervishes whirl in a Sufi lodge that had been founded in the 16th century. 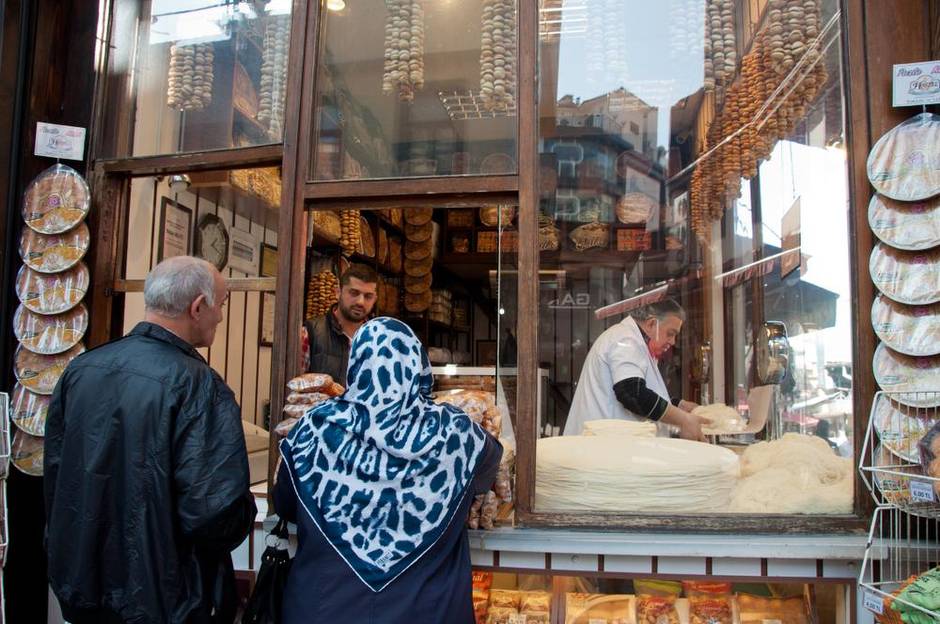 After the ceremony, everyone filtered into the large, leafy courtyard. I accepted cay and breathed in the smell of woodsmoke from a nearby hearth, listened to the sound of spoons clinking against glasses and the rise and fall of conversations in a language I didn’t understand. An older man standing next to me, noticing my silence, smiled. He said something in Turkish. “Where are you from?” he then translated for me. His name was Ahmet and he was a schoolteacher here in Bursa. His daughter was about my age, he said. Perhaps some time I could meet his family.

When I told him I planned to leave tomorrow, he shook his head. “But there are so many, many things to do here,” he said. “You must stay longer!” Taking out a pen, he began writing them down: where to find the best halvah, a shop founded by the owner’s great-grandfather 153 years ago; a man who handcrafted puppets that they use in Bursa’s famous shadow-puppet shows; a tea room in the bazaar where people played live music all day long. He looked at me. “And it is still early tonight,” he said. “Where do you go now?”

He nodded. “Well, before that, there is a tea room right around the corner. My friends play there every night. And you must hear our traditional folk music.” 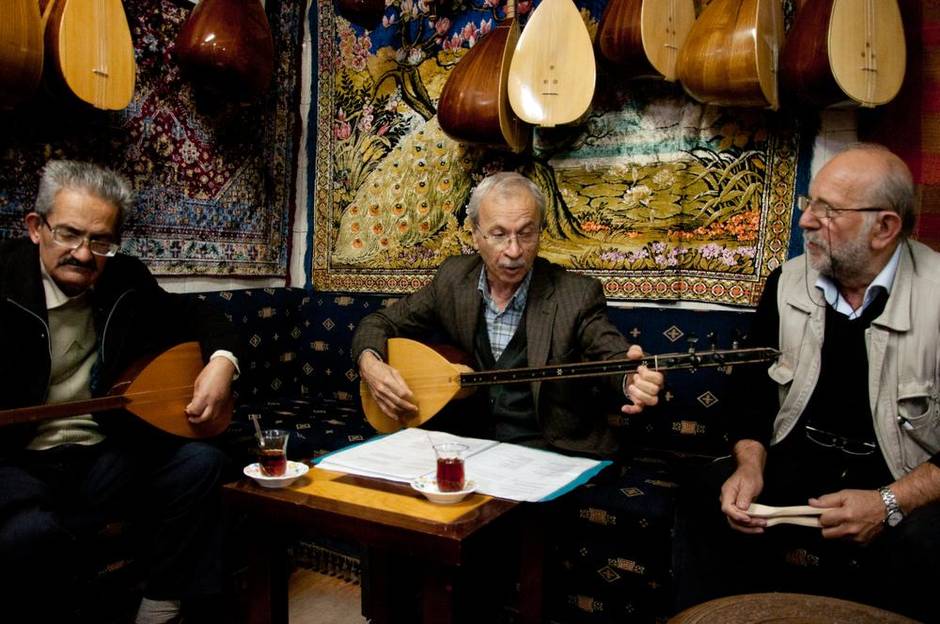 So that’s how I wound up, five minutes later, at a one-room café. Two old men sat at a bench in the corner, singing and strumming lutes. A third patted a drum until his cellphone buzzed and he squeezed out: He had to pick his daughter up, he said. A fourth clacked wooden spoons in time to the music. When they found out I was from North America, they beamed, tickled. Where else had I been in Turkey, they asked Ahmet, and when I said I’d come here from Istanbul, they nodded: The next song, for me, would be a folk song from Istanbul. They knew all of the music from memory.

Each time they started to sing, I told myself I’d leave when it was finished. Fifteen songs later, I remained, mesmerized by the music, the warmth, the camaraderie. I could not stay in Bursa for an extra day. But I could, at least, stay for another song. 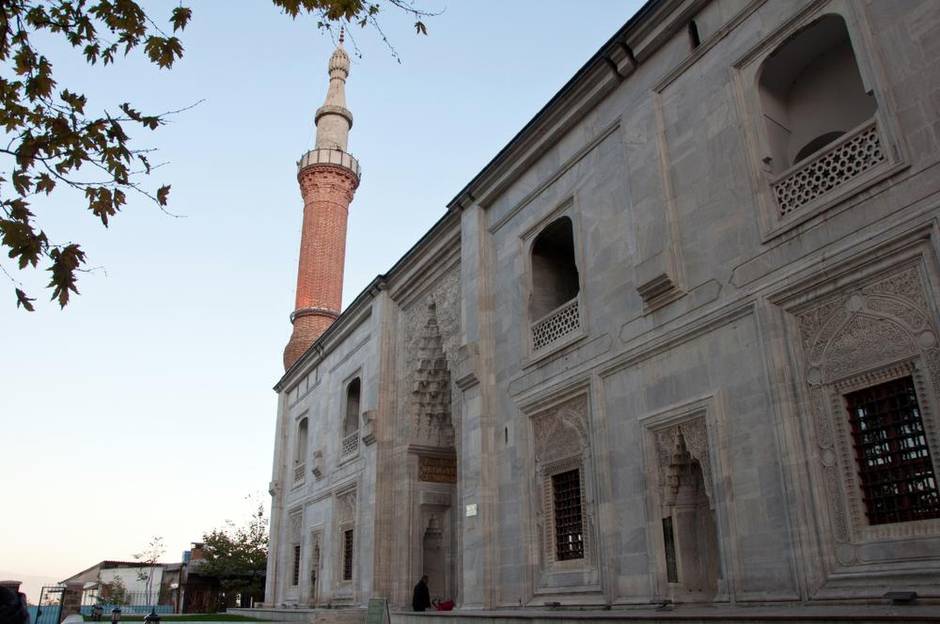 From Istanbul, you can reach Bursa by ferry, which leaves from the Istanbul port of Kabatas, takes two hours and arrives at the port of Mudanya (22 Turkish lira). From there, it’s a 20-minute bus ride to the Bursa city centre. Alternatively, you can drive the three-hour, 230 kilometre trip around the Sea of Marmara.

The new Bursa Park Apartments, located in the city centre, 1.4 km from the Great Mosque, offer self-catering apartments that are spacious, stylish and spotless – along with an extremely friendly and helpful staff. From $62 a night; bursapart.com.

Up the mountain, against the city’s ancient walls, the 12-room Kitap Evi Hotel is an Ottoman house with vintage accents, beautiful views of Bursa and extra touches of hospitality, such as the 5 o’clock tea served in the summer garden or, in winter, at the fireplace. From $139 a night; kitapevi.com.tr.

Touristy for good reason, Iskender – founded in 1867 – is the home of the eponymous kebab, with melt-in-your-mouth, slow-cooked lamb layered over pita bread with tomatoes, green chilies and a rich gravy; iskender.com.tr.

Located in the former soup kitchen of a 16th-century mosque complex, and still with traditional stained glass and painted domes, Daruzziyafe serves up traditional dishes from across Turkey, from lentil soup to kofte (meatballs); daruzziyafe.com.tr.

Bite into the best halvah of your life at Mehmet Helvaci, a 153-year-old shop started by the current owner’s great-grandfather, which makes blocks of halvah from all-natural ingredients. On Kayhan Caddesi (street).

The 14th-century Grand Mosque of Bursa is one of the largest in Turkey, with extraordinary calligraphy from more than 41 different artisans; bursaulucamii.com.

The cable car that runs from Bursa climbs 1,600 metres up to Mount Uludag, with beautiful views of the surrounding countryside; teleferik.com.tr/bursa.