It’s 3 p.m. and I’m having tea in the Blackpool Tower ballroom, a grand gilded pleasure palace built in 1894. A dozen elderly couples are gliding solemnly over the floor, as an organist on the small stage pumps out jaunty vintage dance tunes on a reedy Wurlitzer.

I feel as if I’m watching a nostalgic re-enactment of the days when dancing at the Tower ballroom was a famous tradition in England’s northwest. As is often the case in Blackpool, the feisty garish resort on England’s side of the Irish Sea, visiting the town’s major attractions can seem like stepping into another time. 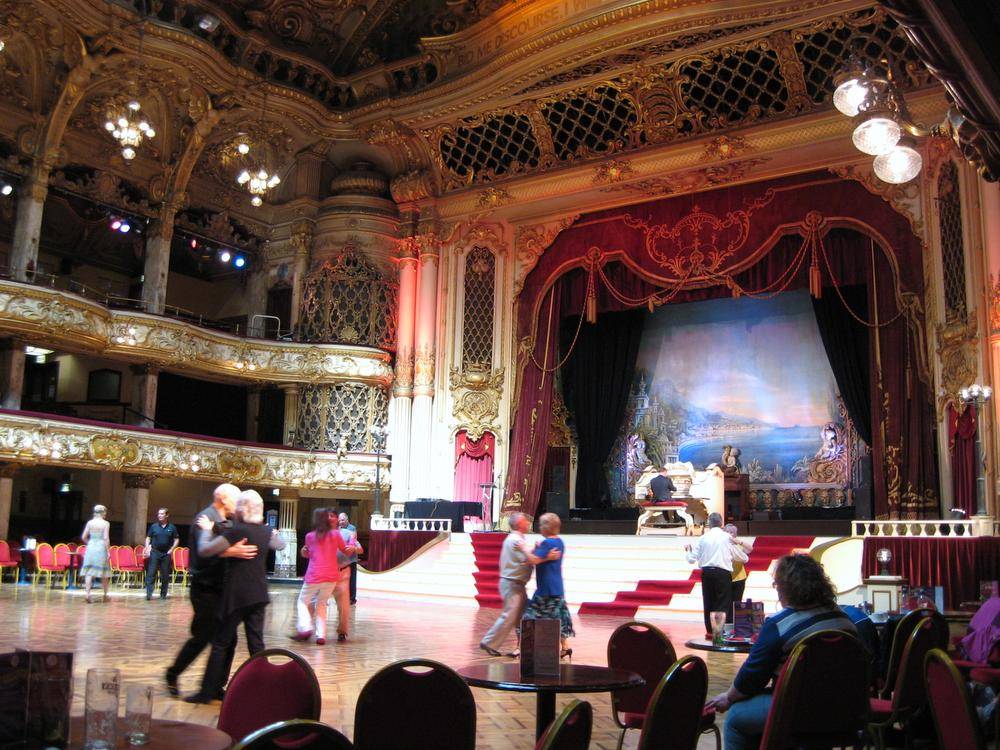 The classy, Victorian-era environs of the Tower’s ballroom. (Robert Everett-Green/The Globe and Mail)

Eighty years ago, in 1934, an English journalist surveyed this ballroom while writing an hour-by-hour account of a Blackpool holiday Monday, and reckoned there were 3,000 dancers here, shipped in on “passion express” trains from all over the north. He was probably guesstimating, but he was also here at 10 a.m.

That tells you something else about Blackpool, a unique and once wildly successful holiday centre that is now fighting hard to remain somewhat successful. This birthplace of the mass tourist industry is also a great place to witness how tourism, like the sea that floods over Blackpool’s vast beach twice a day, is a force that can create and also tear down.

Walk almost anywhere in the heart of this Lancashire town, along the promenade or through the streets, and you wade through a bracing mixture of the grand and the tawdry. The grandeur is most evident in the Eiffel-like Tower, with its ballroom and circus below; the Grand Theatre, an elegant jewel box built in 1894 by theatre wizard Frank Matcham; and the Winter Gardens, a lavish 1870 complex of theatres, salons and cafés surrounded by a horseshoe promenade meant to give shelter when the promenade outside was too windswept or rainy. 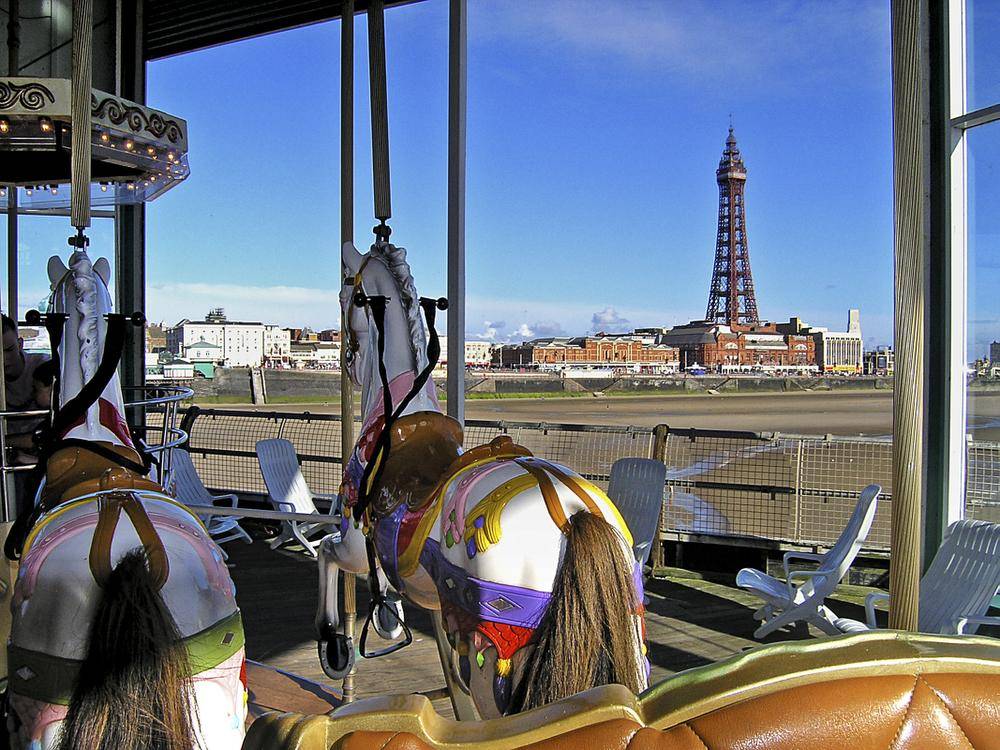 And, there’s the seafront itself, a broad minimalist meeting of fine sand and grey water, with no coves, rocks or other topographical features. One 19th-century visitor described it as “the most open, naked, bleak, unsheltered shore” – yet this imposing stretch of ice-cold ocean became the site of Britain’s most popular seaside resort.

The tawdriness is all over the seafront strip, known with unintended irony as the Golden Mile, where tiny shops offer cheap souvenirs, bingo, fortune-telling, Blackpool rock, and the two staples of the seaside holiday diet: fish and chips, and fresh doughnuts. Unlike resort towns dominated by large hotels and multinational corporations, beachfront Blackpool is mostly a low-rise congeries of compact guest houses and other touristic small businesses.

In the early 19th century, Blackpool was one of several coastal towns in England’s north competing for visits by quality folk eager to sample the healthful qualities of sea and salt air. What made the town’s fortunes was the coming of the railway in the 1850s, and the increased liberty and purchasing power of northern mill workers after 1870. 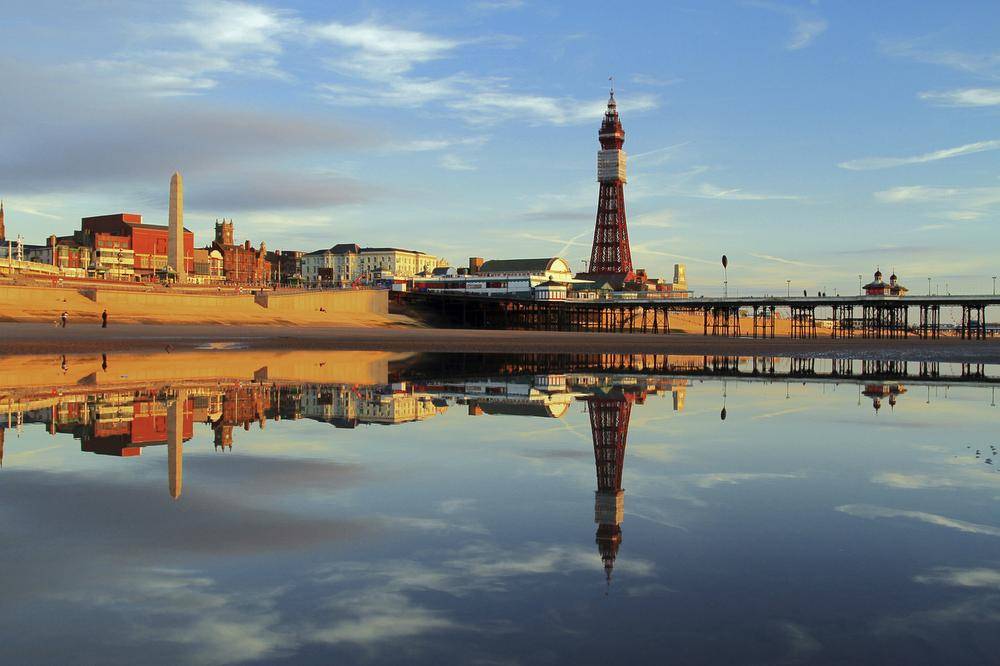 When the workers arrived, they found the latest and biggest in entertainment and technology: the world’s first electrified tramway, which arrived in 1885; the Gigantic Wheel, which anticipated the London Eye by more than a century; Pleasure Beach, a Coney Island-like midway that opened in 1896; and the Autumn Illuminations, an electric light show along the promenade that celebrated its centenary in 2012. When the Tower was new, it was the tallest building in England. Blackpool learned early not to rely on the sea alone to bring in the crowds.

In the 1930s, seven million people holidayed in the resort each year, usually for several days or a week. By the 1960s, the appeal had begun to wane, and by the mid-1970s cheap flights to the Mediterranean were draining away Blackpool’s traditional clientele. The town that was made by one travel innovation – the railways – was unmade by two others: airplanes and the motorways, which reduced the need for visitors to stay overnight.

National surveys in the 1990s found Blackpool rating poorly for employment, education and wealth. An erosion in local manufacturing forced the town to rely even more on its fading traditional industry. Today, there’s a disquieting number of dollar stores (or as they’re known here, pound stores) and “for lease” signs near the Golden Mile. 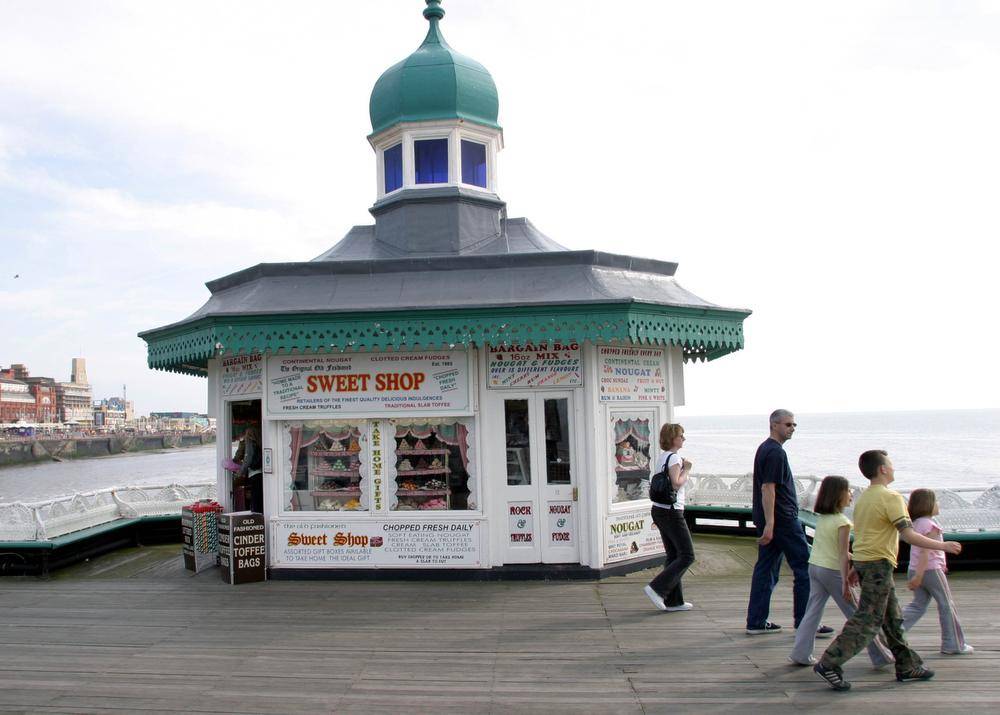 But the town is fighting back. The promenade has been handsomely landscaped – although without the traditional deck chairs – and a shopping mall and pedestrian streetscape have brought new life to the area behind the Tower. In 2010, after the failure of a Vegas-like casino proposal, the town council bought the Tower and the Winter Gardens, thereby making them eligible for restoration funds from regional authorities and the European Union. After a long history of pell-mell frontier capitalism, Blackpool is becoming a more co-ordinated concern.

The town is also trying to win back the middle-class clientele it never wholly abandoned. The stately Imperial Hotel at the resort’s north end is still a grand place to stay, and restoration of the town’s Golden Age structures may appeal to travellers interested in heritage buildings and entertainment history. Much hope is riding this year on a summer Winter Gardens run of Mamma Mia!, to bring in people who won’t be travelling to see the show in London’s West End.

Still, the feeling along the Golden Mile remains raucous, brash, unpretentious and resolutely English. It probably can’t be fully appreciated by an outsider who never came here as a child. A strong current pitch to families – children eat free in many places – is intended to keep the generational chain unbroken. Blackpool exists as a fluid community of layered memories, of vanished decades that still seem almost palpable.

Beyond the new sand-coloured promenade, the sea, dirtier than it looks but otherwise impervious to change, sounds its eternal pedal-note as it crashes against the sea wall. Blackpool’s best current hope is that by changing some things, it too can remain the same. 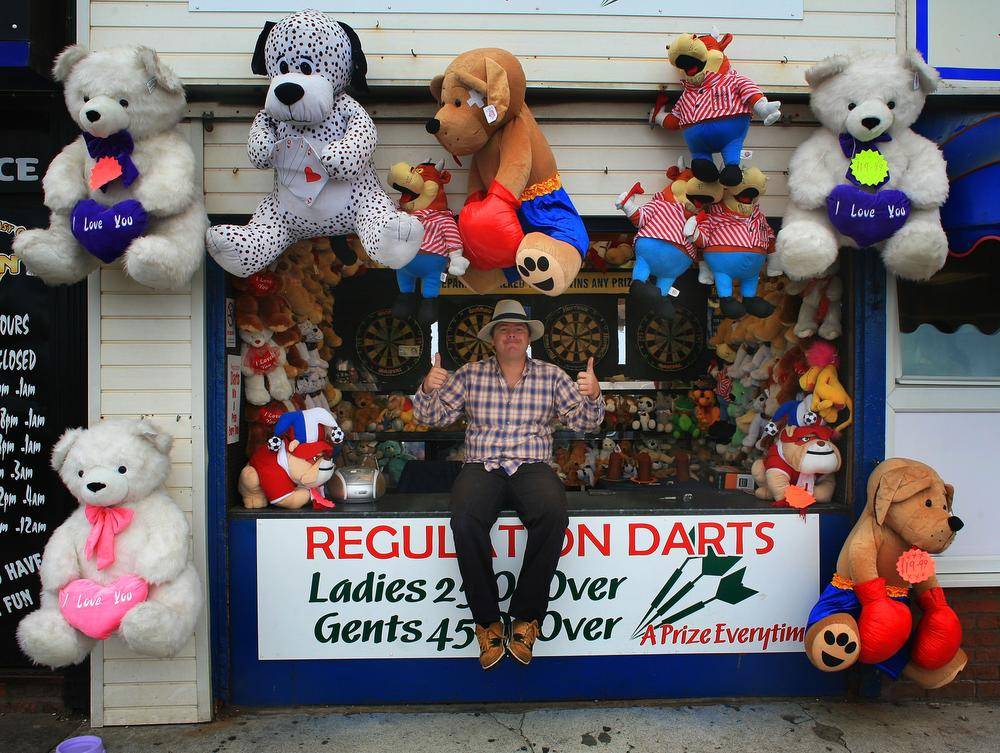 Blackpool’s fortunes were made during late Victorian and Edwardian times, and the ambitious structures built during that era are still impressive.

The Tower and its ballroom are unmissable, as is the complex of pleasure zones packed into the Winter Garden, which include some of the most deceptive plaster work anywhere, including a Galleon Bar that looks like the rough-timbered interior of a pirate ship. Much of this plaster magic (by Andrew Mazzei, who also designed sets for Hammer Films) has been restored or recently uncovered. The Tower, however, is being cleaned and repainted, so its Eiffel-like shape is marred somewhat by a moving shielded scaffold, known locally as “the bandage.”

A walk along the redesigned promenade is de rigueur, and it can be fun to wade in the chilly sea waters, but mind the tides: They come in quickly and rise several feet up the sea wall. The Illuminations, a light display that runs the length of the coastal main drag, remains a big draw in the fall.

For accommodation, the Victorian-era Imperial Hotel is a relatively cheap way to put on the Ritz, especially if you can land one of the nine suites. The lavish No. 10 Bar pulls a good pint.