As we gawk at Yangon's streets through the windows of our tour van, our guide, U Win, is trying to convince us that crime and illness are miraculously rare here. Those barbed-wire fences we see surrounding the villas and office buildings throughout the former capital? They're remnants of the country's British colonial past, he says: purely for "decoration."

Police officers, he continues, have an easy job in Myanmar (better known as Burma), long regarded as the most insular and politically repressed in Southeast Asia. With little work to do, their days consist of leisurely drinking tea and reading the state-censored newspapers. The same goes for doctors, he tells us. Never mind the country's reputation for having one of the worst health-care systems in the world. Our affable, ever-smiling guide tells us that traditional medicine – much of which is based on aloe vera and cactus – is sufficient to keep its citizens healthy.

I'm here in Myanmar, having secured a tourist visa by describing myself as a "writer" of "stories" rather than risk being turned away as a reporter. I've come to witness the early stages of this country's tourism boom.

Over the past year and a half, Myanmar has taken significant strides to open up to the outside world. But as suggested by U Win's introductory spiel on our first day, facts are not always easy to separate from wishful thinking in a place that is still chipping loose from decades of military rule.

Ever since the 2011 appointment of former general Thein Sein as the country's "civilian" president, hundreds of political prisoners have been released, pro-democracy leader and Nobel Peace laureate Aung San Suu Kyi, freed after 15 years of house arrest, has been allowed to campaign for a parliamentary seat and a number of economic initiatives have paved the way for foreign investment. These developments, and the promise of even greater reforms after a highly anticipated by-election April 1, are now beckoning Western visitors in droves.

Signs posted in the international airport in Yangon give the impression that Myanmar has become downright hospitable. Their cheery message reads, "Warmly welcome and take care of tourists." Meanwhile, posted outside the city's police stations, English-language signs politely ask, "May we help you?" Photographing these police stations, however, is strongly discouraged as it could lead to your camera being confiscated.

At first glance, Yangon, the country's biggest city, appears more modern and pleasant than one might expect. There are no obvious signs of an oppressive military presence. Over the course of a week, I can count on one hand the number of uniformed officers I see.

"As you can see, the Burmese people are very chummy," U Win says as we make our way through the city's clean, well-paved streets. It seems everywhere you go, friendly strangers smile and wave.

While Yangon lacks the bustle and skyscrapers of more developed urban Asian centres, its main roads are lined with billboards that advertise cosmetics, instant coffee, cigarettes and events like the "Manhunt II" male modelling competition. A ban on motorbikes means the only vehicles you see are buses, trucks and cars, ranging from slick Toyota SUVs to compact Chinese-made Cherys and junky Myanmar-made jeeps.

Amid street-side noodle vendors and fruit stands are gleaming, air-conditioned shops such as Tokyo Donut, Hello Sushi and the Nokia store. Just this month, Junction Square, a multistorey shopping centre that houses a 3-D cinema, opened in Yangon with great fanfare, complete with a light show and performances by local pop singers.

Beneath the surface, however, there are countless signs that Myanmar has a long way to go. If you venture outside Yangon's beautiful, luxury hotels (of which there are few), you'll find the electricity supply wildly unreliable. Residents say the city's power cuts out at least once a day for up to several hours at a time.

Derelict government buildings throughout Yangon provide an eerie reminder of the massive clout held by a small number of fickle rulers. These buildings have sat empty and crumbling ever since the government relocated the national capital in 2006 to the remote backwater of Naypyidaw, about 400 kilometres north. Reasons for the bewildering relocation vastly differ depending on who's telling the story. Perhaps the most believable theory is that a military leader, owning vast amounts of land in Naypidaw, realized the opportunity to capitalize on its development.

The exchange rates of the local currency, kyat (pronounced "chat") are also baffling. Officially, at banks and airport exchange counters, the currency is valued at six kyat per U.S. dollar. Unofficially, when changed at hotels and street stalls, the exchange rate is a whopping 700 to 800 kyat per dollar – a valuable detail for visitors to keep in mind. (U.S. currency is accepted at many businesses, but only if the bills are exceptionally new and crisp.)

Beyond the city's major streets, urbanity gives way to clusters of ramshackle huts and heartbreaking poverty. And unless you're with a tour guide, exploring less-travelled areas of the country can be onerous. Visitors are told that they require the permission of individual district authorities before crossing into remote regions. In the restive northern Kachin state, where human-rights groups have reported serious abuses, government authorities and ethnic rebels have yet to solidify peace.

Even something as basic as the statistics on Myanmar's population is less than reliable. The last census was conducted in 1983.

For curious travellers, however, all these quirks and clashes are what make Myanmar a fascinating place to visit. In some respects, being here is like stumbling upon an exclusive club; one gets the sense it's only a matter of time before everyone else discovers it too. And for better or worse, it will never be the same.

From its pristine Western shoreline on the Andaman Sea to the floating villages of central Inle Lake, Myanmar is rich in scenery. Of the top tourist spots, we manage to visit only a handful during our week-long stay, including the majestic, more than 2,500-year-old Shwedagon pagoda, whose gold-plated surface glows in the sunlight like a beacon above Yangon, and the 11th-century temples of Bagan – Myanmar's answer to Cambodia's Angkor temples – in the country's arid, central plains.

Beautiful though they are, the most intriguing parts of the country are not necessarily the most popular, but are instead found in daily life: in the sleepy rural villages, aboard rickety trains, in the pungent-smelling produce markets, and in conversations with those immersed in Myanmar's rapid development.

Sammy Bottari, an Australian expat and hotel manager of the luxury Orient-Express Road to Mandalay cruise ship, which operates along the Irrawaddy River between Mandalay and Bagan, says there are signs everywhere of increasing foreign influence creeping into the country. In even the most remote villages, she says, she sees young men starting to swap their traditional sarong-like garments, or longyi, for slouchy jeans and baseball caps worn backward.

"This is inevitable, this is what we will see," she says. "At the same time, we don't want to spoil it."

When I express surprise at rural residents' love of British Premier League football, and their ease of access to BBC and other Western media, Thet Naing, our frank and thoughtful guide in Bagan, laughs. Myanmarese people have never been completely closed off to the outside world, he explains. "It's not like North Korea – not like that. We were never totally blind."

Like others I speak with, he is candid, though cautious, about his optimism for this weekend's by-election and for his country's future.

"We feel now not completely safe to talk about anything, [but]I feel 80 to 90 per cent safe," he says. "At the same time, we worry about some unexpected thing," some sudden shift in the political winds.

One way or another, the country is headed for big changes – that much feels certain. The trick, for inquisitive travellers, is to seize the moment.

Feel like you're all alone in Myanmar's lost islands
March 30, 2012 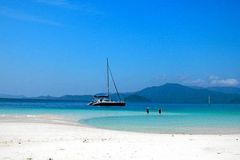