The first sign that wine tasting south and east of the San Francisco Bay is going to be a bit different from the slick facilities of Napa in the north is, literally, a sign on the side of the road. White letters, hand-painted on four weathered boards nailed to a post, read: "Open. BoaVentura de Caires."

Whether the pile of rocks at the foot of the post is there to add a certain gravitas to the entrance or to keep the sign from falling over is unclear. But the winery, one of several dozen in the Livermore Valley, about 50 kilometres northeast of San Jose, has been highly recommended by locals, so my friends and I proceed up the unimposing drive toward the farm, where vintner Brett Caires lives with his wife, Monique, their three children, and two rescue dogs, Mac and Olive.

The wine-pressing facilities and tasting room, which pours mainly estate-grown cabernet sauvignon, are tucked in a faded red barn. An old claw-foot bathtub sits by the barn door, and folks relax on the broad green lawn around picnic tables or in deck chairs, gathered around kegs that have been recycled as tables. There's a tree house overlooking the vineyards, a chicken coop where the Caires's daughters gather eggs, and a couple of splintered boards under which frogs and lizards like to hide, according to the owner's son, who is clutching a fishing pole made from a stick.

"You won't find this in Napa," one young man says with a laugh, bending over to pet Olive, who is stretched out on her back begging for a belly rub on the tasting room floor. His friend agrees. "There's more of a family feel here," she says. "People give you more attention and more of an explanation of the wine-making process. In Napa, you can taste the wine and that's it. It's more unique here."

I find Brett Caires in the barn, punching down grapes in several large white plastic tubs. His children sometimes lend a hand, using sterile potato mashers, and he's happy to let me have a go at the frothing, foaming vats, as well. "They're crapping alcohol and burping CO2," he explains, revealing a refreshingly unpretentious view of wine making.

"I learned from other vintners in the area," says Caires, a realtor by trade who first "caught the wine bug" as a young man while waiting tables at nearby Wente Vineyards. After work, he used to go running through the fields at Retzlaff, another family-owned winery. "One day they said, why don't you help us make wine while you're trespassing?" he jokes.

In 1999, Caires bought this old abandoned goat farm and planted five acres of cabernet, bottling his first vintage in 2002. Today he produces 2,000 cases a year, all hand-labelled and hand-waxed.

While Caires is a relative newcomer in the industry, his family's history with wine making dates back to Prohibition. According to stories passed down through the family, Caires's great-grandfather, a Portuguese immigrant, was deported at that time for making wine. As an homage to him, Caires introduced "DePorted," a Port-style dessert wine featuring his great-grandfather's passport photo on the label. As I swirl the rich liquid around my tongue, savouring the notes of caramel and vanilla, I reckon Caires has done his ancestor proud.

If that whets your appetite for alternative wineries, here are several to try in the rolling hills of the Livermore Valley and the forested Santa Cruz Mountains, which lie west of San Jose.

Retzlaff Vineyards and Estate Winery: Set on more than five hectares, this certified organic, family-owned winery welcomes picnickers during tasting-room hours. I recommend requesting a private tasting with Michel LeFort, a personal chef and friend of the owners, Robert and Gloria Taylor. In his charming French accent, LeFort suggests recipes to go with each wine, interspersed with his philosophy on food and life. (For the French, after all, food is life.) Prices range from $3 to $20 for tastings. 1356 South Livermore Ave.; retzlaffvineyards.com

Les Chenes Estate Vineyards: The tasting room for this small winery, run by Richard and Candice Dixon, is next to their own suburban home, where a boisterous dog barks beside the pool. Richard, a second-generation wine grower, loads the dishwasher and pours glasses of their Rhone wines, while Candice chats with customers, flashing a megawatt smile as she serves a selection of cheeses that accompany every tasting. Tastings $5. 5562 Victoria Lane; leschenesvine.com

Ridge Vineyards: Ridge is one of the most renowned wine producers in California, thanks in part to its Monte Bello 1971 cabernet sauvignon. In 1976, it placed fifth at the Judgment of Paris, a famous competition pitting California wines against French vintages. At the 2006 re-enactment of the Judgment of Paris, the Monte Bello 1971 leapfrogged its competitors to win the coveted top spot. Perhaps the only thing better than the wines are the views from vineyard, perched 701 metres up the mountain. For $30, you can taste five wines, including the 2012 Monte Bello, which retails for $175 a bottle. 17100 Montebello Rd., Cupertino, Calif.; ridgewine.com

Picchetti Winery: Dating to the late 19th century, Picchetti is located just down the mountain from Ridge on a 121-hectare ranch threaded with hiking trails. Two wines here struck me as particularly unusual: a sparkling zinfandel, which fizzes like ruby-red champagne, and Mission Angelica, which is made with grapes from nearly extinct 120-year-old mission vines and is served as an aperitif with lemon over ice. I purchased a bottle of Vino di Vicino, a rich blend of cabernet sauvignon, merlot and petit verdot grown in the Santa Cruz Mountains, for $52.95. "This is our version of the Monte Bello," explains Smiler Pantling, who conducts my wine tasting. Tastings $10. 13100 Montebello Rd., Cupertino. Calif.; picchetti.com

American wineries you should visit (and none of them are in California)
September 12, 2014 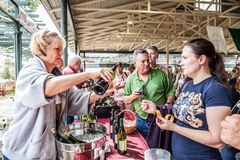 Beyond sauvignon blanc: This New Zealand wine tour takes you so much farther
February 8, 2014 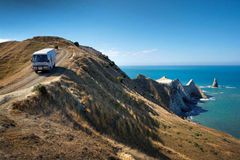 You’ll want to take it slow on this Pacific Coast road trip
April 20, 2015
Follow us on Twitter @globeandmail Opens in a new window
Report an error Editorial code of conduct
Due to technical reasons, we have temporarily removed commenting from our articles. We hope to have this fixed soon. Thank you for your patience. If you are looking to give feedback on our new site, please send it along to feedback@globeandmail.com. If you want to write a letter to the editor, please forward to letters@globeandmail.com.
Comments