Perhaps I should have been worried when, on our first night in Panama City, my boyfriend took me to a cigar bar teeming with scantily clad women lounging around tables of North American men.

It's hard to blame him: He was desperate to finally enjoy a cold beverage and a Partagas No. 4 on an open-air patio on a truly steamy night, the kind most Canadians can only enjoy a few months a year. And, in his defence, we were across the street from a respected multinational hotel. It was only after a Google search back at the hotel that we realized the bar, Habanos, is much more famous for its selection of Central American prostitutes than its beer.

Making the best of things, we decided to stay for one drink and watched as one after another sunburnt male made fast friends with one of the dozens of young women on hand.

Getting caught up in the moment, I raised my camera to take a photo.

My boyfriend shot me a stricken look as I brought him into focus.

"That probably isn't the best idea right now," he said.

But it's not as if we had stumbled into the wrong part of town. In fact, we were smack in the middle of Panama City's financial district, home to some of the city's highest-end hotels and restaurants. That's the thing about Panama: It's full of surprises.

Construction cranes dot the skyline as far as the eye can see, a testament to the city's booming growth, while soaring office towers, apartments and hotels rise up in pockets throughout the metropolis. Just a few kilometres away, visitors find themselves surrounded by the solitude of the stone ruins where the original city, pillaged by the privateer-cum-pirate Henry Morgan in 1671, was established.

The monolithic canal is the only thing that comes to mind for most people when thinking about this historic isthmus. But a growing share of visitors are flocking to Casco Viejo, the old colonial neighbourhood that served as the city's headquarters post-Henry Morgan. Urban renewal, gentrification and a UNESCO World Heritage Site are turning the once-dilapidated area into a hotspot for cafés, wine bars, boutiques and exceptional dining.

Even still, Casco Viejo, a neighbourhood that brings to mind what Havana could be, is still clinging to the remnants of being an overlooked area of a city once dominated by American influence and the canal. At the rate it's going, it won't stay that way for long.

Further afield, the wide stretches of white sandy beaches near the villages of Santa Clara and Farallon are luring more sun-seekers every year. So many, in fact, that construction is under way on a new international airport in the heart of what is quickly becoming a bastion of all-inclusive and high-end luxury hotels.

The arrival of organic chocolate boutiques, five-star beach resorts and $10 glasses of wine tell the story of a city benefiting from an economic boom. No longer under the thumb of an oppressive military governor or inhibited by U.S. control over the canal and the surrounding area, Panama is emerging not only as a destination, but a humming powerhouse in Central America.

Peek behind the curtain for a look at the other side of the story. A few blocks from the centre of Casco Viejo's gentrification are slums with poor quality housing, poverty and dirty children wandering the street at night. Mexico and Honduras are the subject of headlines over Central America's drug trade, but Panama, particularly along its border with Colombia, still sees its share of activity.

Our guide, Ivan Hoyos, summed up his home country best as we were driving by a breathtaking skyscraper designed in the shape of a spiral. It catches your eye from the moment Panama City's skyline comes into sight. But Hoyos points out the building remains unoccupied because of a serious design flaw. When it rains, water accumulates in the spirals and can splash down, without warning and with force, potentially injuring anyone below.

Panama, he says, "is an adolescent." It is growing and changing, in many cases for the better, but still hasn't quite figured out where it's going. Not as rustic as Costa Rica, not as overdeveloped as Miami, not as overrun by resorts as most Caribbean destinations, Panama is in the midst of rapid change, with no one quite knowing what it will look like at the end of it.

That's part of the draw of visiting now: You can watch it in progress.

On a lazy Sunday afternoon, the pulsating rays of the sun make a private poolside cabana the perfect hideaway. Every few minutes, a friendly waiter tempts you to have another mojito, and even if it's not such a good idea in this heat, the setting of the Bristol Buenaventura resort is designed for indulgence. A few yards away, the ocean beckons, and if you ever get the energy to get up off your chair, you might take a dip in it.

It turns out Panama is more than a city and a canal. It's got tropical islands, hilltop hideaways and a seemingly endless rain forest. But on this day, it has a beach that stretches for miles in either direction.

You might think you have found your own private paradise, if not for the occasional ATV that whizzes by or the laughter of children as they splash in the pool.

Drown out the sound of the ocean crashing onto shore and the effects of that second mojito on your brain and you'll notice something else: Almost everyone is speaking Spanish. It's a stark contrast to many of the hot-weather resorts popular with snowbirds, which are typically filled with inebriated Canadians drinking beer in their oversize Tim Hortons thermoses.

Not that there's anything wrong with that. But at the Buenaventura, you actually may find yourself outnumbered by the locals eager to kick back and join you as you slip into relaxation mode. It's a nice change of pace.

Here, there's no chance you'll forget you're far from home, in a country that's at once old and young, innovative and stubborn, vibrant and nostalgic. But always welcome to have you.

Bristol Panama: Escape the bustle of the financial district at a hotel that combines Old World decor with modern service and amenities. The property is 10 years old, but a brand new wing, featuring oversize rooms, marble bathrooms and yes, a swimming pool, has just opened. Rates start at $355 (U.S.) for a king deluxe. 507-264-0000; thebristol.com/panama

Bristol Buenaventura: If you're looking for paradise, this may be as close as you can get. A sprawling resort centred around a beautiful and massive 200-year-old corotu tree, the Buenaventura is still small enough to make you feel like a welcome guest. The nearest town is a few minutes away by car, but given the chic pool (above,) private beach and exceptional food, there's no reason to leave. Rates start at $435 (U.S.) for a garden room. 507-908-3333; thebristol.com/buenaventura

There's a reason so many tourists continue to jam themselves into the cramped visitor's centre overlooking the Panama Canal: It truly is a marvel of modern engineering. As a native of Sault Ste. Marie, Ont., the site of one of the world's busiest locks, I wasn't sure I'd be wowed by the Panama Canal. But the sheer scope of it – in its entirety, the canal stretches 82 kilometres – and the fact you can eat lunch on a restaurant patio as massive freighters carrying cars, grain and other consumer goods floats by, is simply cool.

But the canal, completed in 1914, is about to undergo a major transformation. Construction is under way on a massive expansion project that will double the canal's capacity. The current locks are about 33 metres wide and 320 metres long. When construction is completed, which is expected in 2014, the locks will be 55 metres wide and 427 metres long, or about the size of four football fields. 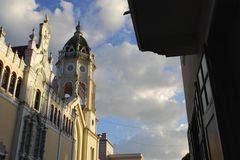 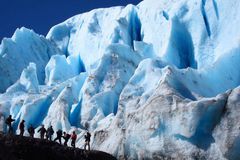