Puerto Vallarta was a small Mexican fishing village until it became a Hollywood backdrop. When John Huston filmed The Night of the Iguana here in the sixties, big name stars such as Ava Gardner, Richard Burton and Elizabeth Taylor came to stay, and the little village became a major tourist destination. Even now, despite the growth and the proliferation of holiday condos, PV retains the romance of the village it once was. In the heart of the old town, in the Zona Romantica, a visitor can find cobblestone streets, outdoor taco stands and busy local markets. And now there’s a new hotel that is an homage to passion and glamour: Casa Kimberly, an intimate nine-suite hotel built on the ruins of the house that Richard Burton bought as a birthday gift for Elizabeth Taylor. 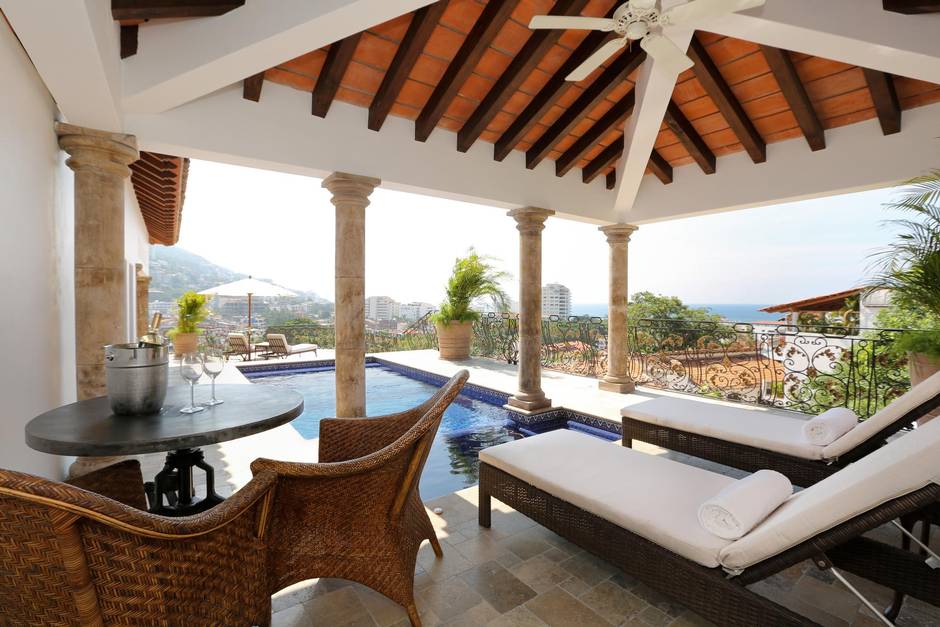 Casa Kimberly, built atop the ruins of a house Richard Burton bought for Elizabeth Taylor, is a cross between old Hollywood glamour and sturdy Mexican comfort.

Casa Kimberly is snugged into the side of the mountain in the Zona Romantica, overlooking Our Lady of Guadeloupe Church and steps away from its sister property, the Hacienda San Angel. Guests can nip over to the San Angel for breakfast or a swim if they like. The hotel is a short walk from the beaches and the Malecon, where locals and visitors do their evening paseo. Nearby markets offer good shopping for local artisanal products, such as silver and turquoise jewellery and Mata Ortiz pottery. 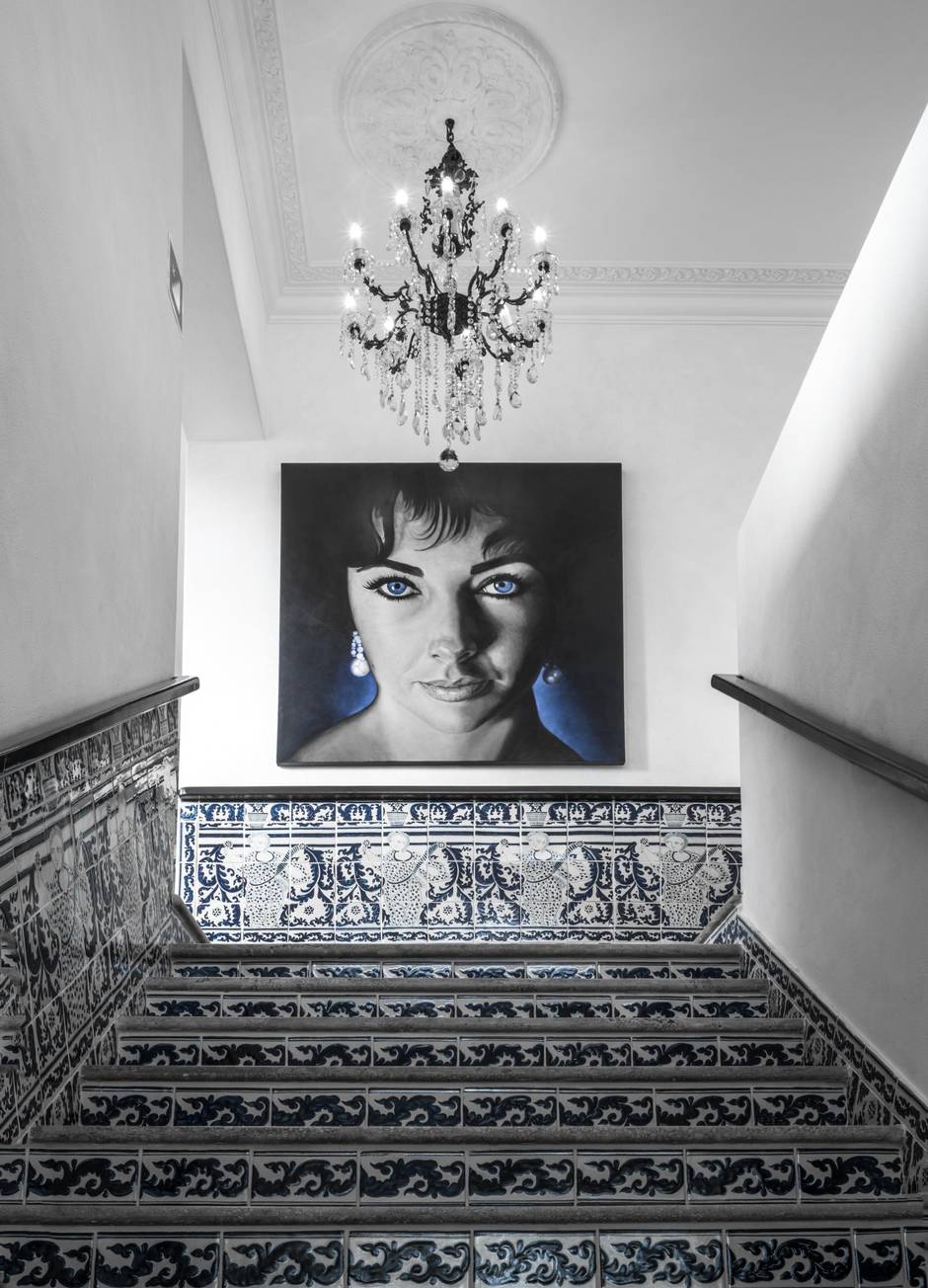 The hotel's interior is stunning, with marble staircases and blue-and-white tiles.

Behind an anonymous exterior, the hotel is visually stunning, combining traditional Mexican design with antique oriental carpets and crystal chandeliers, a cross between old Hollywood glamour and sturdy Mexican comfort. There are marble staircases, blue-and-white tiles, and white carved statues of saints and putti in niches, and everywhere, echoes of Liz and Dick. I woke one morning to find a Hollywood star on the floor of my bedroom: Not the tipsy ghost of Richard Burton, but a sunny outline cast by the star-shaped window above the shower. An appropriate wake-up symbol as I was staying in the Velvet Suite, named after Liz’s role in National Velvet, where French doors open to a sun-washed terrace with views of the Sierre Madres, the terracotta roofs of the city and the blue water of Banderas Bay. 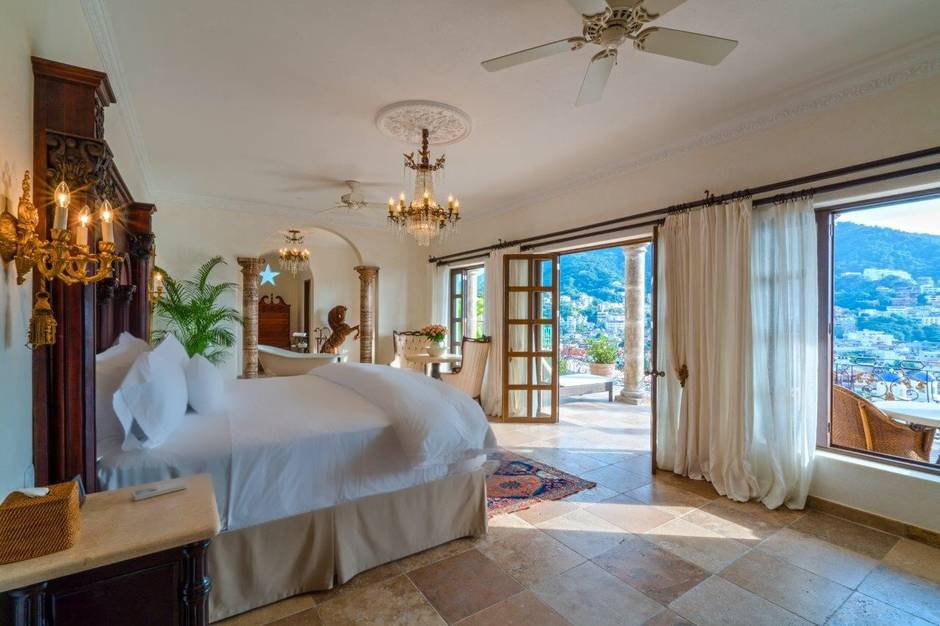 The Velvet Suite, named after Elizabeth Taylor's role in National Velvet, features French doors that open to a terrace with views of the Sierre Madres.

The largest and most opulent room is the Liz Taylor suite, occupying approximately the same space where Liz’s bedroom would have been. There’s a large sitting room/dressing room, with a heart-shaped tub like the one that Liz ordered – there was a breakdown in her communication and the tub is an anatomically correct heart shape, kind of Frida Khalo-like. 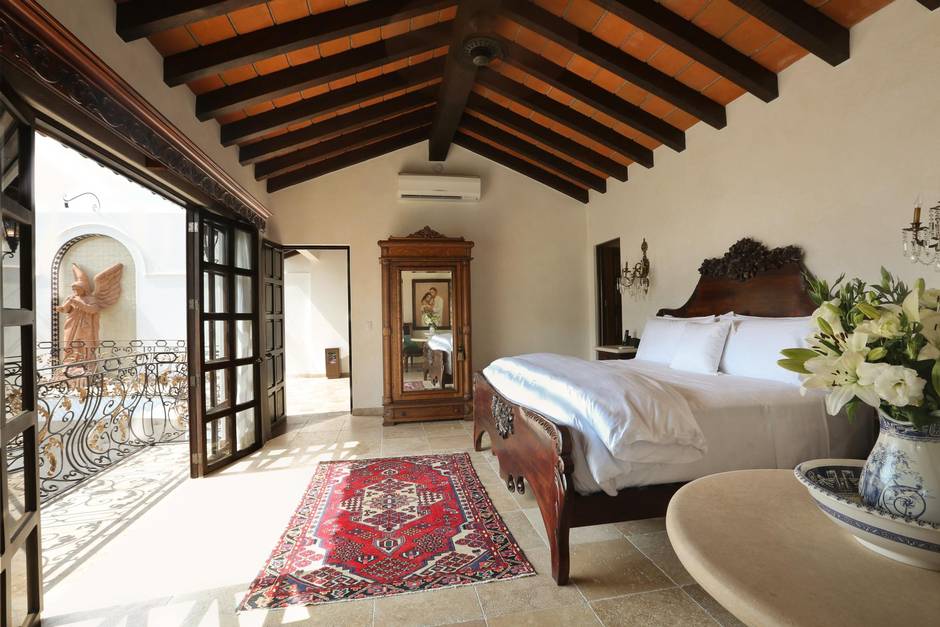 In all the suites, white plaster walls, honey-coloured marble floors and gauzy drapes means there is little need to use the air conditioning. And the bridge that Burton built to discretely connect Liz’s casa to his – they were both married to other people at the time – is still there. It connects the main part of the hotel to the Richard Burton suite, two smaller suites, and the hotel pool. 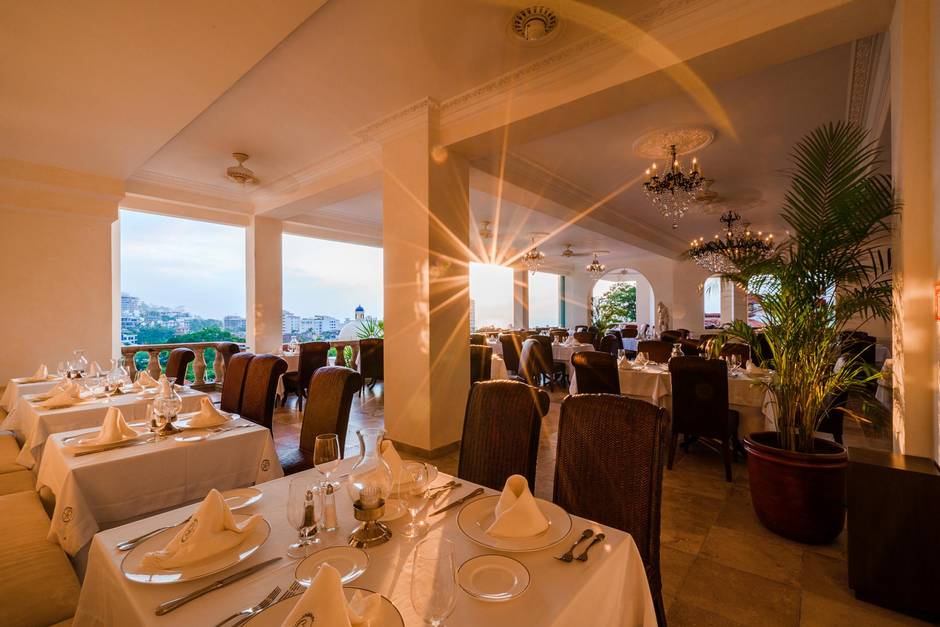 The best time to eat at the hotel's Iguana Restaurant is at 6:30 p.m., when the sun is setting.

EAT IN OR OUT?

There’s a staggering choice of excellent places to eat in Puerto Vallarta, but it would be a shame to miss the hotel’s Iguana Restaurant. (Hint: Book a sunset table for 6:30 p.m.) I had a lobster taco that may have been one of the best things I have ever eaten in Mexico, a beet-and-tomato gazpacho with green-apple julienne, slow-simmered pork shank and, to finish, a silky chocolate mousse zinged with chilli. The wine list leans toward Mexican wines, which can be a gamble, but there are some good Chilean and Californian choices. There is also a tequila bar where guests can explore the intricacies of the country’s most famous tipple. 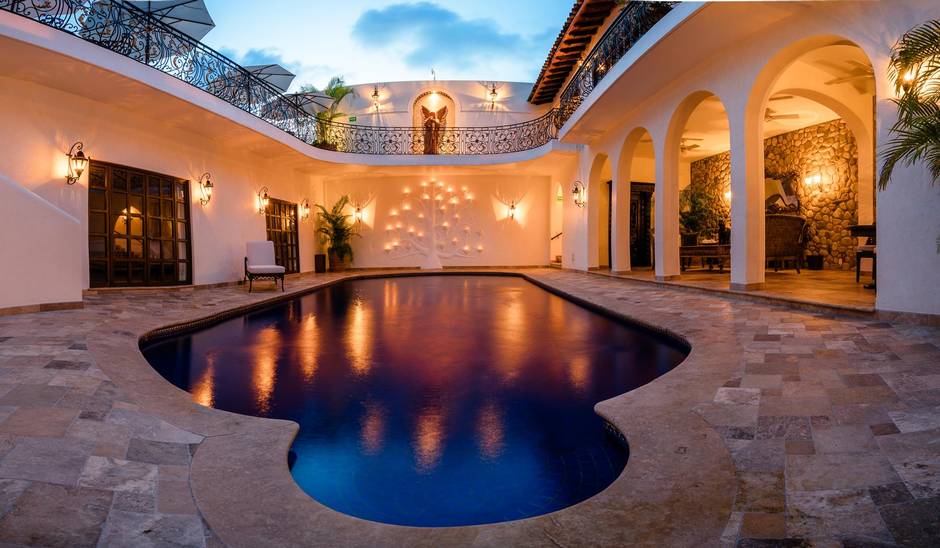 The bridge Richard Burton built to connect to Elizabeth Taylor’s casa now links the main hotel to the pool.

A selection of locally made chocolates by the bedside was both delicious and culturally appropriate, as chocolate has been popular in Mexico since the Aztecs.

I would have loved an espresso maker in the room. I’m an early riser, and ended up on the terrace at sunrise watching the light hit the roofs of the city. A good coffee would have been perfect.