Mashups are fraught with risk. You can certainly integrate Chinese dishes into a Japanese menu, but media giants AOL and Time-Warner? Not so much. So imagine the $280-million bet London's venerable (somewhat stodgy) Langham brand placed on a modernist gem of a building in the heart of downtown Chicago. Would this property – which already has four North American branches, including the Eaton Chelsea in Toronto – be able to go head-to-head with the Windy City's five other world-class hotels? Having recently cut the ribbon on its grand opening, pampering service, luxe accommodations and a killer location would suit Her Majesty – or even 007 – just fine for a long weekend.

The irony isn't lost on architecture fans. Despite the Langham company's 1865 birthdate, the Chicago flagship is tucked into the first 13 floors of Mies van der Rohe's modernist IBM Plaza building. Unlike the Ritz, Four Seasons, Peninsula and Park Hyatt – all clustered on North Michigan Avenue near shops and tourist hoards – the property sits in trendy River North, next to the Chicago River, a short stroll from the Loop (Central Business District). Guests are just a few blocks from several theatres where Broadway plays are given their try-outs and some of the city's best bars and restaurants.

Mies's grandson, Dirk Lohan, designed the lobby's furniture, and the modernist aesthetic is seen in the Knoll couches and occasional Eames lounge chair. Each floor has its own artist or photographer featured in the halls and rooms, and those rooms are pretty darn stylish, featuring 55-inch flat-screen TVs and sheets with stratospheric thread counts. Floor-to-ceiling windows offer majestic views of the Loop, the river and Lake Michigan. Between the Botticino Fiorito marble and the Alaskan white granite, you could build your own Acropolis.

In my early 40s, I was on the younger side of the clientele, and most of the women had at least one bling-worthy clutch, wrap or handbag. Proximity to the Loop would indicate bankers and hedge fund boys as well.

EAT IN OR TAKE OUT?

Eat in, which is a compliment when you're in a city and a neighbourhood overflowing with great options. Tim Graham's Mediterranean-influenced menu at Travelle is noteworthy for his "sea-cuterie" of preserved, dried and smoked seafood. I'd walk back in a snowstorm, bagels strapped to my back, for another smear of his whitefish, while the pan-seared branzino with late-summer vegetables was as good as anything on Santorini. The David Rockwell-designed space is also good for a power breakfast (think six types of eggs Benedict) or lunch, where they promise to have you out within the hour.

The Club Level. For a $65 a person surcharge (it goes up to $100 in April) guests receive free Internet, garment pressing, shoe shining, private check-in, personal butlers and more than enough snacking and drinking to keep you sated. Club Level guests also get complimentary, two-hour use of a boardroom.

I'd pass on the afternoon tea – Tiffin at the Langham – offered in the Pavilion. The tea service is as patrician as they get, served in a towering tableside rack; I wouldn't be surprised to see Pippa Middleton spending the afternoon in one of the cozy seats off the main lobby. My elderflower tea was heavenly, but the Lilliputian lobster roll, chicken salad and roast beef were as dry as the Sahara, offering more starch than substance. An Eton mess (strawberries, cream and berry gelatin) is fine in the spring, but in mid-September, the imported fruit seems out-of-place. Scones were serviceable, with ramekins of seasonal preserves and clotted cream, but at $40 each, swallowing a $100 tab for tea and sub-par snacks was bollocks.

Canoeing in Chicago: a sensory overload with a surprise ending
August 29, 2012 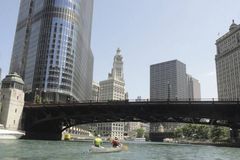 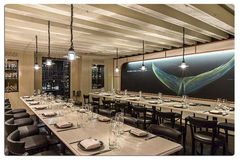 Want the best vacation pics ever? Hire a pro to follow you around
November 1, 2013 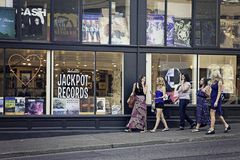