In the birthplace of pilsner, it did not take me long to be completely engulfed by beer. Malt and hops tickled my feet. Sweet, warm brew ran through my hair and down my face. I’d never had the urge before – but I had to work hard to resist drinking my bathwater. 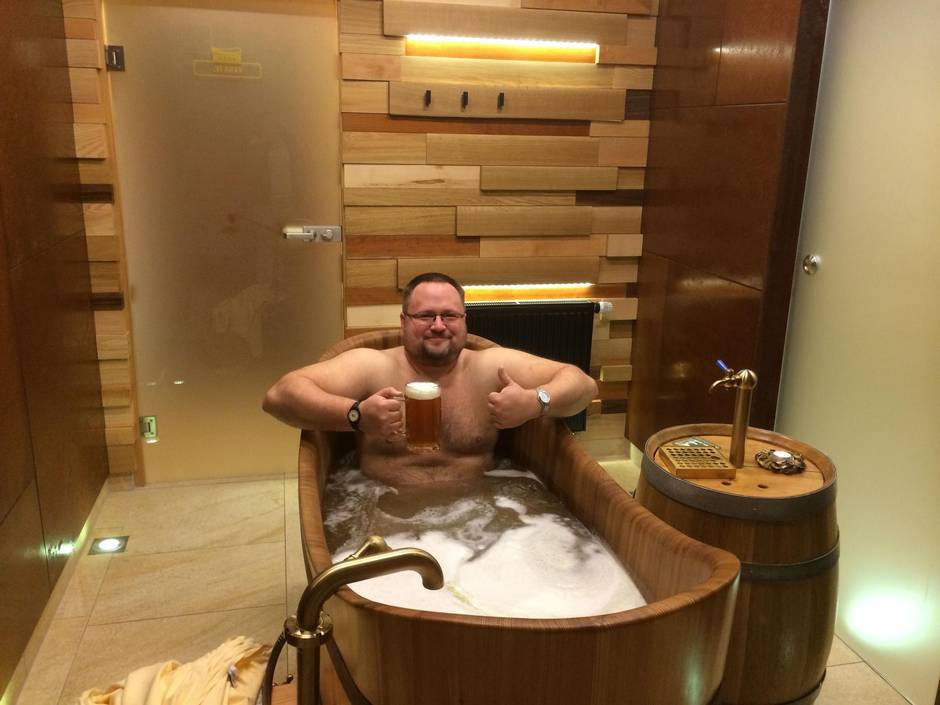 Enjoying a beer soak at Purkmistr in Pilsen. (Courtesy of Tim Johnson)

A few minutes earlier, a rather austere, middle-aged Slavic woman had led me to this sudsy soak, she in clinical-looking smocks, me in a fuzzy, white robe. Pointing to a deep tub, which was made of polished wood and looked a lot like a beer barrel, she said, “In the bath, you have a mixture of beer, barley, hops and malt. It is 37 degrees.” Then she gestured to a tap beside the bath. “In here you have our Purkmistr beer. Twelve degrees. Drink as much as you like – I hope you do!”

Czechs love beer like nobody else. Similar to Argentina’s passion for steak and France’s special relationship with cheese, this country is absolutely crazy about its brews. Its citizens prove their devotion by drinking more suds per capita than any other country on Earth. In true Czech fashion, I was in Pilsen, known worldwide for its namesake beer and one of the 2015 European Capitals of Culture, to learn about, heartily imbibe – and soak in – some of the world’s best pilsners.

Pilsen’s status as a beer town started in somewhat revolutionary fashion. Evidence of brewing in this small Bohemian city dates back to 1295, when King Wenceslas II granted licences to all 290 houses within the city walls to make their own beer. But things had gone downhill by the first half of the 19th century. To express their displeasure with the current product, brewers poured 36 barrels of substandard suds on the steps of the Town Hall in 1838. The next year, they combined their efforts into a single citizen’s brewery, which, using excellent local hops, the town’s preternaturally soft water and top-down brewing techniques, produced the first pilsner in 1842. Beer lovers like me have been coming here ever since. 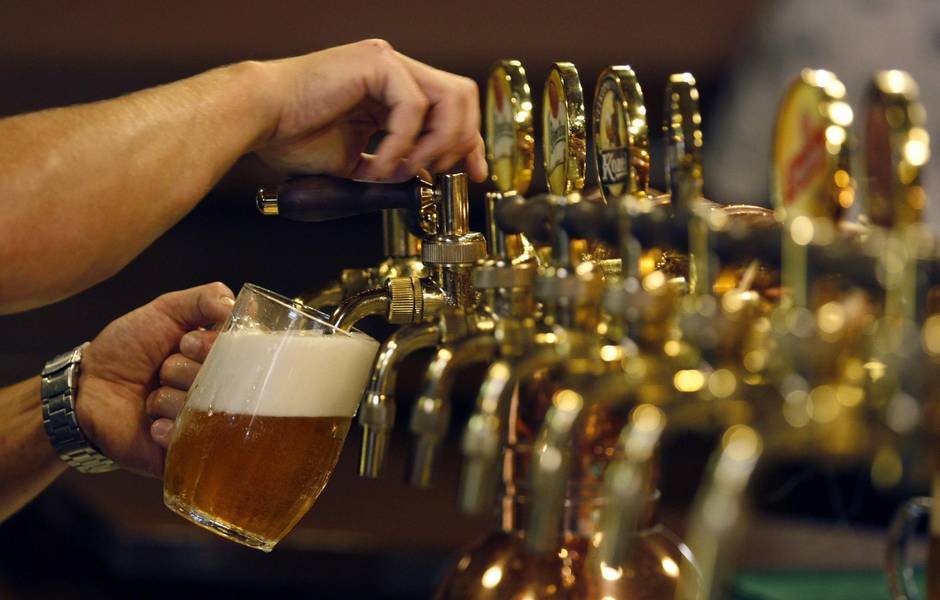 I started my adventures at the city’s charming Brewery Museum, which is set in a former house brewery, full of scale models, old bottlers and compressors. I learned about both the dawn of brewing itself (4000 BC in Mesopotamia, according to the colourful displays) as well as the history of Czech beer, which was first mentioned in a 933 charter from the first Czech king. I was told that the Romans used beer foam for cosmetic purposes, that the Bohemian Saint Wenceslaus (also known as Good King Wenceslas) is the patron saint of brewers and maltsters and that Franz Kafka used to frequent a few of the local bars. And it became clear that free beer is fairly easy to find in this town; my walk through the exhibits ended with a gratis tasting.

Having drained my first pint, I sought to get a handle on what beer means to today’s Czechs, walking around the corner to the PUB. A popular spot whose name was originally an acronym for Pilsner Urquell Bar, the city’s best-known brew, it’s a sleek spot where most tables and a long bar are situated underground beneath dramatically lit, red-brick archways. Here, you can tap your own pint at each table as a built-in screen tracks your total. I immediately learned that I would make a poor bartender, pulling a pint that was almost entirely foam. After I eventually filled the half-litre glass with actual liquid, the screen told me that I would have to pay just 41 Czech koruny, or less than $2. Women outnumbered men two-to-one (including a group of five raucous fiftysomething women, who chair-danced at the next table, occasionally casting me playfully scandalous looks); nearby a young couple was clearly on a date, holding hands beneath their table’s tap. 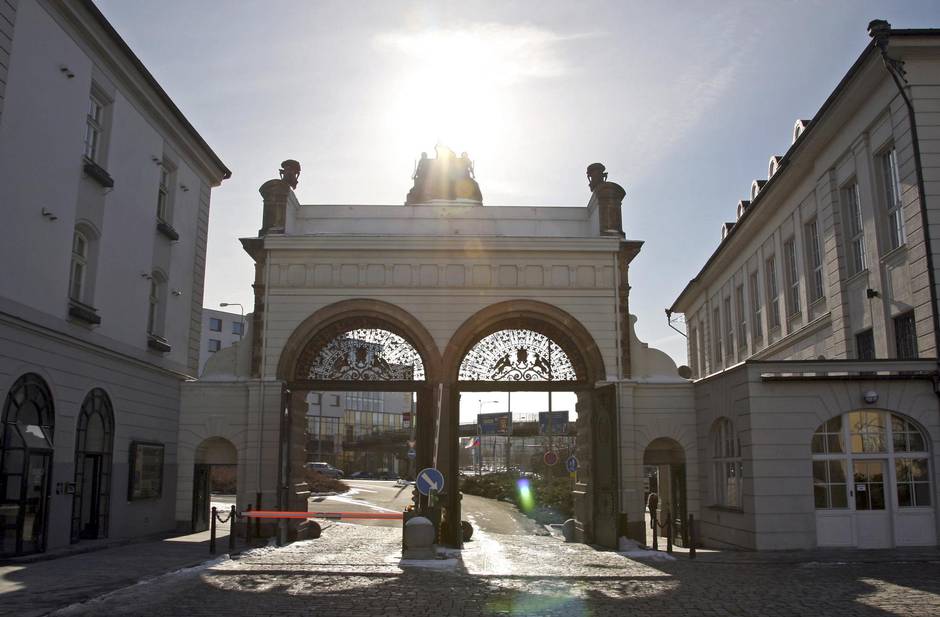 I was soon joined by Martin Sampalik, who founded the PUB with a few university friends while studying in Pilsen in 2005; it has since expanded to 16 locations across Europe. The beer here flows from a tank delivered directly from the Pilsner Urquell Brewery (the modern descendent of that original citizen’s brewery), he explained, which is located just around the corner. And unlike the brew served in almost every other pub in the world, it is unpasteurized. On occasion, they sell beer that’s also unfiltered. “It’s like going back to the original taste of beer before long-distance shipping,” he said. “The drawback is that it doesn’t keep so long, so you have to sell it quickly – but that’s never a problem.”

He noted that beer is more than a drink in the Czech Republic – it’s an integral part of their heritage and identity. “We travel and we drink beer wherever we go, and we know our beer is better,” Sampalik said, matter-of-factly. Even during the country’s half-century under communism, while Stalinist factories were churning out shoddy products, the quality of beer remained high. Tap rooms and beer halls, called hospoda, served as gathering places for a broad spectrum of the population. “Here, people could speak freely to each other, more than anywhere else. It was a little bit of freedom within a totalitarian regime.” 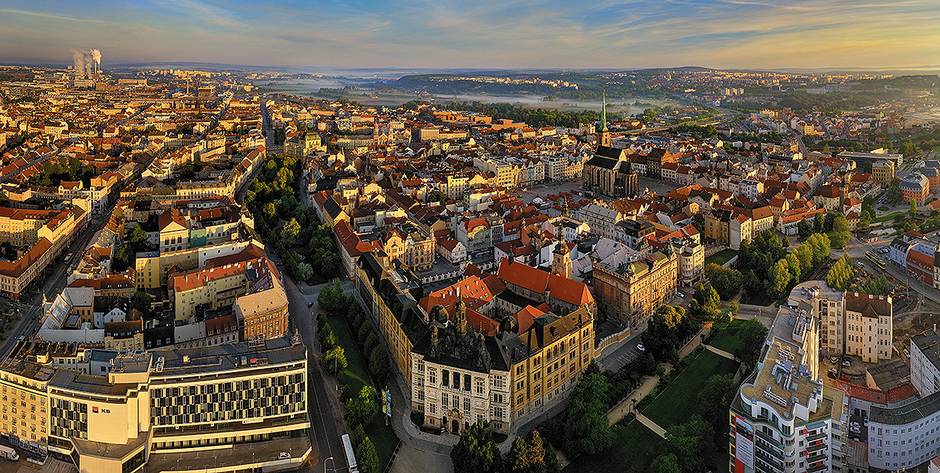 Pilsen is one of the European Capitals of Culture for 2015. (Libor Svacek/Pilsen Tourism)

Unsurprisingly, some of the many concerts, exhibitions and special events planned as part of the Capital of Culture celebrations are beer-related. I took part in one, a walking tour into the most important pilsner sites in the city. Strolling through the heart of Pilsen, past well-preserved baroque buildings and into the spacious central square – the handsome, renaissance-style Town Hall still stands, facing the Gothic spires of St. Bartholomew’s Cathedral, the tallest in the country – I listened as a series of brewmasters and former brewery workers told their stories. Along the way, I sampled some of the city’s best microbrews, including a couple varieties at Groll, named after pilsner inventor Joseph Groll; it uses only 19th-century technology, including wood-fired machinery. I finished at the sprawling, somewhat Dickensian Pilsner Urquell Brewery. An architectural mishmash of styles and eras, the massive place has been built in stages over almost two centuries. After walking through the brewing and fermenting process, and exploring a portion of its vast grid of beer cellars, I drank a frosty pint tapped from a just-aged barrel. 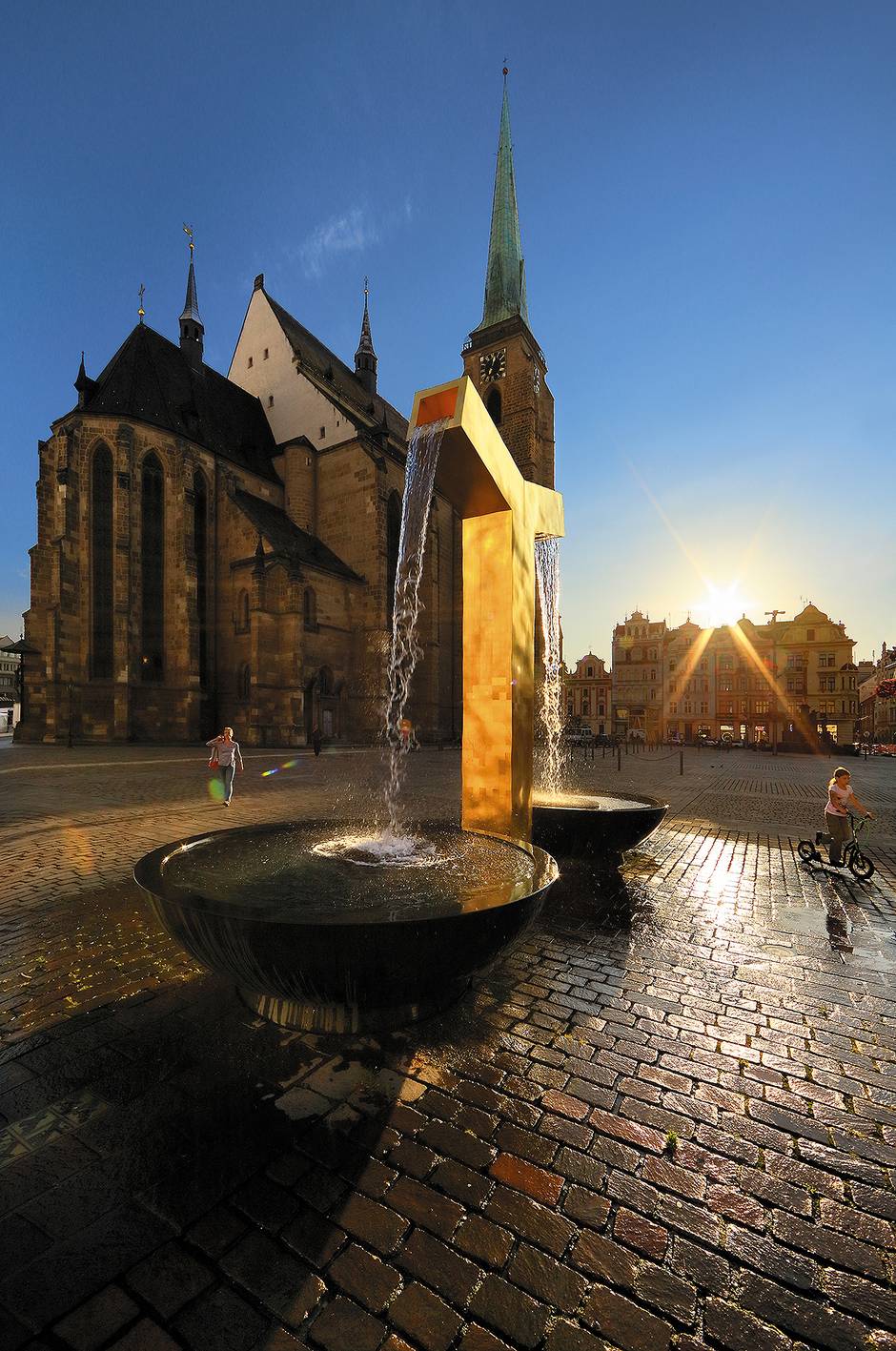 In the evening, I took an underground tour, donning a hardhat and walking beneath the surface of the streets, ascending and descending through a series of former house basements and a small section of the 19 kilometres of tunnels that undergird Pilsen – some of which date back to the 14th century. The tunnels, which were once a part of the town’s fortifications, run as deep as three levels. Home brewers stored their beer barrels here, leaving them to age on benches hewed into the soft sandstone typical of the area. They also used the submerged spaces as clandestine pubs where the revelry could continue after the bars closed their doors.

The last day of my trip was at Purkmistr, a small brewery, hotel and spa, which offers exfoliation with hops and beer-infused massages along with beer soaks. And so it goes: At its restaurant, most of the dishes – from steaks with beer sauce to dessert crepes with beer jam – are infused with a measure of their own pilsners and other lagers.

My tub time, as it turned out, was limited to 20 minutes; each of the spa’s four tubs is programmed to auto-drain on a timer. When the digital readout told me I had 60 seconds left, I drained the last of my third pint as the warm beer/water cocktail swirled out of my tub. It was done, but no matter. I had a bowl of warm sauerkraut soup, a plate of goulash and bread dumplings – all made with a dash of microbrew, of course – plus a frosty pint waiting for me upstairs. 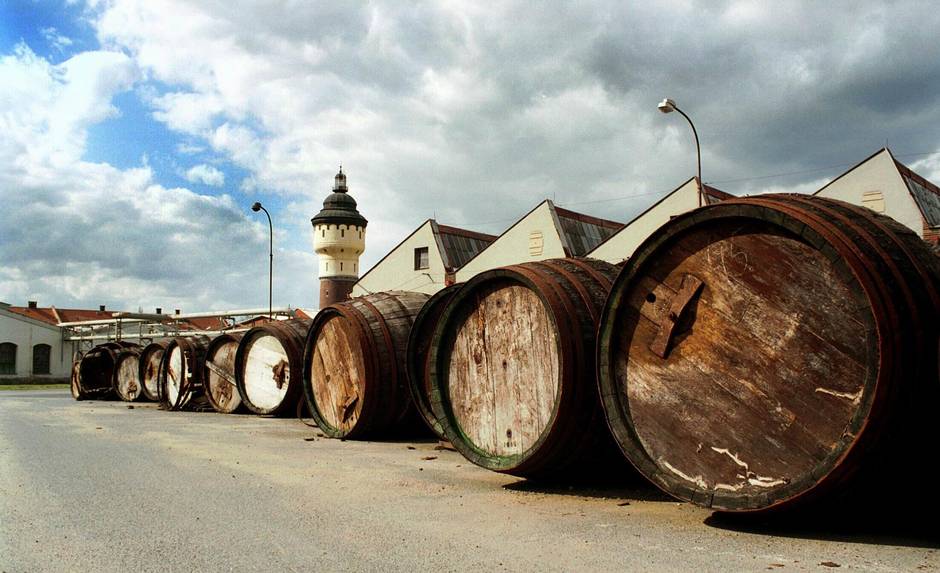 Air Transat has direct flights from Canada to the Czech Republic, a seasonal route that operates during the spring, summer and fall from both Montreal and Toronto. airtransat.ca

While Pilsen is home to a number of functional hotels, many travellers choose to stay in Prague, just an hour away by road (and a little more by train). In Prague, Hotel Aria (ariahotel.net) provides five-star accommodations with a unique musical theme in the Little Quarter of the city’s historic Lesser Town. Rooms from $300. Across the Vltava river, the Mark Luxury Hotel (en.themark.cz) has spacious suites situated around a quiet courtyard in a baroque former palace. Rooms from $225.

The Pilsner Urquell Brewery offers a number of tours and experiences, including a beer-tapping school and horse-drawn carriage rides around the property. prazdrojvisit.cz

A wide array of events celebrating Pilsen 2015 will take place throughout the year. A 12-stop walking tour, called The Brewer: Along the Trail of Pilsen Beer, is offered to visitors as an audio tour that’s downloadable to smartphones and tablets. For more information on the Capital of Culture, consult the calendar at plzen2015.cz.

Tours of the Pilsen Historical Underground are offered daily. Tickets cost about $6 and the tour takes just under an hour. plzenskepodzemi.cz

The writer was a guest of Czech Tourism. It did not review or approve this article.