How can you not like a Caribbean island when one of its most important landmarks is nicknamed the Swinging Old Lady Bridge?

Never mind that the story behind the name is tamer than hoped: the Queen Emma Bridge connects the two sides of Curacao's multicoloured capital city, Willmestad: Otrobanda ("The Other Side") and Punda ("The Point"). The bridge is a series of linked pontoon boats bearing a long boardwalk and lies along the Otrobanda shore; when enough passengers have gathered, it swings out on a hinge to allow them to walk over to the Punda side.

"In the old days," my Curacaoan friend Danielle, who's half Dutch and half-Curacaoan, informs me, "people had to pay a toll to cross the footbridge, but barefoot passengers got to cross for free." So, well-to-do Curacaoans, ever eager to save a penny, went barefoot; the poor, not wanting to be seen as poor, rented shoes for the brief journey.

Crossing the boards of the Swinging Old Lady gives you a camera-ready view of one of this small island's most stunning sights – a sweep of 18th-century Dutch baroque buildings painted in Easter egg colours – pink, lemon yellow, turquoise – and capped with orange-tiled, high-gabled roofs. Willemstad's buildings used to be white but an early governor, claiming tropical sun glaring off white plaster walls gave him migraines, ordered that everything should be painted anything but white. Locals later learned he owned the island's paint company.

The immediate image one gets of Curacaoans is of an adaptable, inventive and sometimes crafty people. They had to be in order to survive. The island's original inhabitants didn't last long: They were slaughtered or sold into slavery when the Spanish first arrived in 1499. The Spanish didn't think much of the place, dubbing it one of the "useless islands" (the others were Curacao's sister islands, nearby Aruba and Bonnaire). The landscape was more savanna-dry than tropical-moist, and little would grow there, apart from small, bitter oranges, the peel of which eventually ended up giving blue Curacao liqueur its ambrosial fragrance.

When the Dutch supplanted the Spanish in the early 17th century, the sturdy burghers of Dutch West India Co. immediately recognized the trading potential of the island's wide natural harbour.

Since then, Curacao has become an ever-changing ethnic mix; in the streets you hear the two official languages, Dutch and Papiamento (a form of creole), but also Spanish (Venezuela is about 65 kilometres to the south), Portuguese and English.

As I learned in the New Marketplace – a great, open-sided roundhouse full of stalls where you can buy everything from goat meat to grouper, hand creams to hand-crafted tchotchkes – it's a rare Curacaoan who can't address you in at least three languages. When I picked up a small blue bottle labelled "Miracle for Men" that purported to be an aphrodisiac, the stall keeper cried: "Bon bini," which is Papiamento for "good day," then added "Heat" (English) or possibly "Heet" (Dutch), followed by "Mucho caliente." I didn't get the impression she was discussing the weather.

At the nearby Old Market, Danielle and I ordered lunch from a stall famed for offering the best local cuisine on the island. Danielle chose giambo, warning me it was an acquired taste. Made with goat meat, shrimp, sprigs of fresh basil, lots of black pepper and okra, it turned out to be a gumbo of sublime sliminess, wonderfully messy to consume and served with funchi, the local answer to polenta.

Adding to the interracial giambo of the island is a vital Jewish community that first arrived in middle of the 17th century, fleeing the Spanish Inquisition. Integrating with the Curacaoan community, they founded banks as well as the post office. The serene and elegant Mikve Israel-Emanuel Synagogue, the oldest in the Western hemisphere, is located in a pale yellow, early 18th-century compound, a white-washed, high-ceiling room with dazzling blue windows and elaborate brass chandeliers. The floor is strewn with Dead Sea sand meant to symbolize the Israelite journey through the desert. The adjacent Jewish Cultural and Historical Museum documents the history of Curacao's Jews as well as displaying ritual objects.

Back on the Otrobanda side of Willemstad, Museum Kura Hulanda – locals call it "the slavery museum" – presents the darker side of Curacao history. A large portion of the Dutch colonial empire's embarrassment of riches came from the island's lucrative and brutal slave trade. Situated on the site of a former slave yard, the museum contains one of the largest collections of artifacts and documents outside of Africa dealing with the Caribbean slave trade and Dutch Curacao's central role in it.

As a guide leads us through room after room of whips, manacles, stocks and instruments of torture that might have given the Spanish Inquisition pause, Danielle explains to me that her grandmother's grandmother was a slave.

I read about slavery and the horrors of the Middle Passage, where untold millions died, but nothing made it quite so real as sitting in a mock-up of the tiny, fetid spaces where slaves were manacled for the 10-week journey from Africa to Curacao.

That evening we sit on the elevated veranda of Le Restaurant & Café Gouverneur de Rouville, overlooking Saint Anna Bay. The trade winds fly napkins into the air as the server places before me a big bowl of the island's most famous dish.

Keshi yena, Danielle explains, is a history of the island in a bowl. "The Dutch masters loved their rounds of Gouda or Edam cheese," she explains, "but only the creamy bits – the rinds were garbage for them. The kitchen slaves salvaged the rinds, filled them with whatever else the master was eating that day – chicken or goat – added seasoning and raisins – and then baked it for a couple of hours."

The result at Le Gouverneur is a dish of surpassing richness, the chicken's spicy succulence marrying with the sweet, briny taste of Gouda and punctuated by the prunes the chef plops in instead of raisins. I mildly regret having ordered the Cuban banana soup as well: for the rest of the evening I felt like I was floating on Curacaoan cream.

Marsche Bieuw (Old Market) is where the locals lunch al fresco. They say the okra soup's an acquired taste – if you're lucky you'll like this deliciously slimy concoction immediately. De Ruterkad, behind the post office, Willemstad.

Museum Kura Hulanda offers a detailed look at Curacao's role in 200 years of the slave trade, and the influence of African cultural heritage on Caribbean society. Klipstraat 9, Otrobanda, Willemstad, kurahulanda.com/en/museumx

Mikve Israel-Emanuel Synagogue is the Western Hemisphere's oldest synagogue in continuous use, founded in 1651 by 12 families from Amsterdam. Consecrated in 1732, it offers a serene mix of the plain (sand strewn on the floor) and the opulent (beautiful brass chandeliers). Hanchi di Snoa 29, Punda, Willemstad, snoa.com

Known as the best diving resort on the island, Lion's Dive and Beach Resort features rooms and apartments, along with three pools and a dive shop. Ocean-front bedrooms start at about $260 (U.S.) a night, suites at about $420. Bapor Kibra, Willemstad, lionsdive.com

The writer was a guest of the Curacao Tourist Board. It did not review or approve the article. 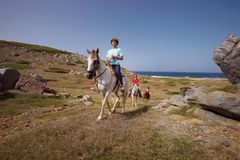 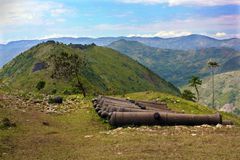 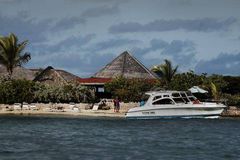 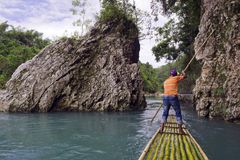