One of life's great mysteries is why travellers insist on flocking to Europe in summer, guaranteeing a vacation of overcrowded attractions amidst the sweat-triggering absence of air conditioning. But Europe has a secret cooling system plus an effective crowd-control strategy: it's called the off-season.

November travel – complete with cheaper flights and hotels – has many advantages. But while the dead hand of midwinter has yet to arrive, heading south to avoid freezing your behind off is recommended. And don't forget your rain gear as you duck in and out of half-empty museums.

Topping my recommendations is Lisbon. November temperatures average 14 degrees and it's ideal for history and culture fans, according to local blogger Mario Fernandes (golisbon.com).

"First-timers should visit the hilltop terraces known as miradouros," he says, adding that his No. 1 neighbourhood recommendation is Belem, home to "emblematic landmarks" like the Belem Tower and the Jeronimos Monastery – plus those naughty custard tarts.

If you're still hungry, dive into the seafood scene in the Bairro Alto area, where hot-spot restaurants include As Salgadeiras (as-salgadeiras.com) and Lisboa à Noite (lisboanoite.com). "Then, look for the Old Pharmacy, now converted into a wine bar with all kinds of Portuguese wines."

Save freebies like the Berardo Museum and the MUDE Design and Fashion Museum for rainy days – and add November's giant Arte Lisboa event (www.artelisboa.fil.pt) to your plans. But when it's fine, Fernandes suggests wandering the rising Principe Real shopping area, especially for its new Embaixada concept store, colonizing a former 19th-century palace.

"The corrales of the Macarena district – shared creative spaces occupied by artists and artisans – are very boho-cool and not well-known by outsiders. You can look around the studios, buy their wares and sometimes catch music and flamenco performances," she says, suggesting Rompemoldes (rompemoldes.com) as a good starting point.

The city's hip Soho Benita area is also ripe for exploration. "It has Roman remains, a market and a walkway with a bird's-eye view of the city. There are also groovy little boutiques with quirky clothes and accessories."

Her top restaurant tip is fried fish and a beer at La Primera de la Puente, and November's must-do is a new museum opening. "The Centro Ceramica Triana celebrates the ceramic tiles – azulejos – Seville is famous for. It's in a former tile factory with brick kilns dating from Moorish times," she says.

It's this rich heritage, of course, that lures many off-season Europhiles to summer-crowded destinations such as Athens, Rome, Venice and Istanbul. Southern islands such as Malta, Crete and Sicily combine historic towns with bucolic countryside.

Offering the best of both is Florence, Italy's dreamy Tuscan capital. November temperatures average 10 degrees, but you'll have the advantage of communing with the gorgeous city without the jostling hordes, according to blogger Lourdes Flores (discovertuscany.com).

"Start by walking up to Piazzale Michelangelo to see the beautiful panoramic view of Florence, with the Ponte Vecchio, Palazzo Vecchio and Duomo marking the skyline. It's particularly stupendous at sunset," she says.

"I'd also recommend spending time in the Oltrarno area. Most of the city's main monuments are on the northern side of the Arno River, but this area is one of the most authentic, with great trattorie, the Palazzo Pitti and Boboli Gardens and Santo Spirito."

How social media has ruined backpacking through Europe
September 16, 2013 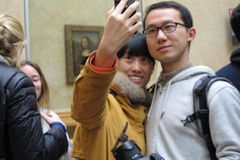 Looking for the easiest wine tour in Europe? Head to Vienna
July 15, 2013 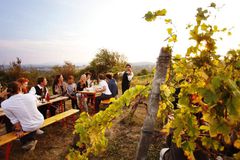