When Marlon Brando was scouting locations for the 1962 movie Mutiny on the Bounty, the iconic actor met the real love of his life – a pristine atoll called Tetiaroa located 53 kilometres from Papeete.

Enamoured of the beauty of her inner lagoon, completely enclosed and protected by 13 coral islets, Brando eventually secured a 99-year lease, and exclusive access to his own patch of paradise. Now, a decade after Brando’s death, his descendants have realized the actor’s vision, partnering with InterContinental Hotels to launch a 35-villa, all-inclusive private-island retreat called the Brando. The godfather of tropical getaways, it is the world’s latest and greatest ultraluxurious ecofriendly resort. 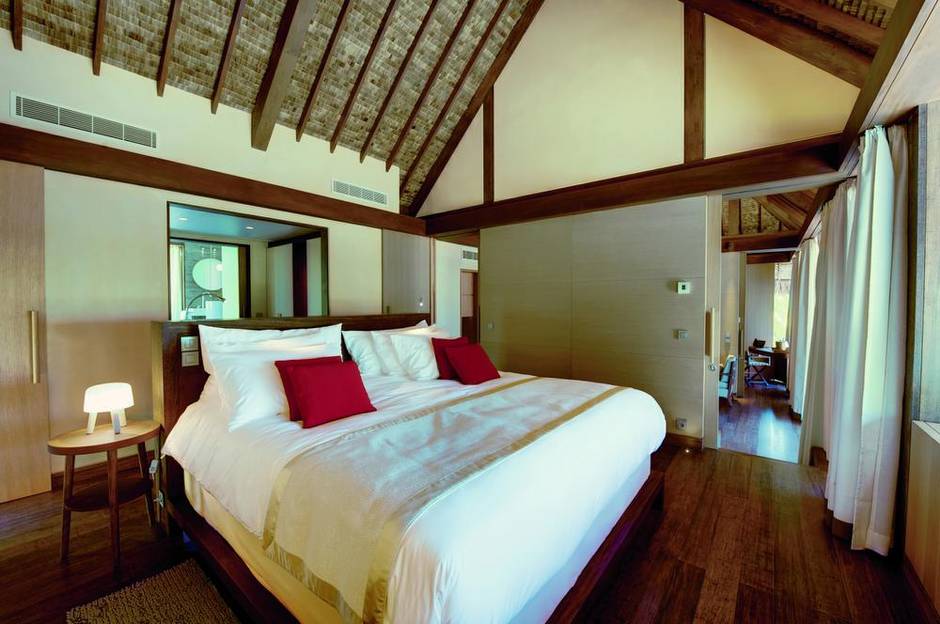 Think French Polynesian resorts and one image comes to mind – the overwater bungalow; the gold standard for well-heeled bucket listers and dreamy honeymooners. Not so, the Brando. The actor who famously rebelled against Hollywood to set his own dramatic course ordered that his namesake property omit anything he considered encroachments on his atoll’s natural beauty – including overwater bungalows.

Instead, sea-facing villas ring one side of Tetiaroa’s islets, each with floor-to-ceiling windows and a sliding glass door opening onto a private deck with outdoor dining pavilion and infinity plunge pool. Camouflaged by thick foliage and set well back from a gently curving stretch of coral white sand beach for maximum privacy, the villas were created by French-Tahitian architect Pierre-Jean Picart. Top Parisian interior-design firm ID Associés chose light wood interiors that blend classic Polynesian styles with a sleek, contemporary feel. 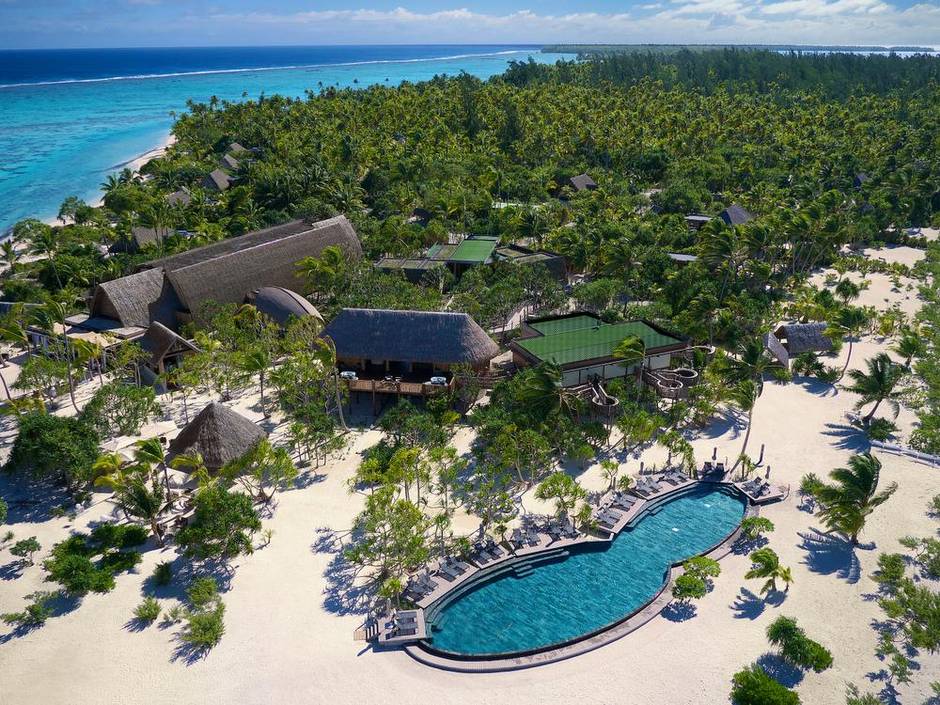 Design of another sort also defines the Brando: innovative, environmentally friendly technology, which allows it to be nearly 100-per-cent energy independent. The Brando is aiming to become the world’s first LEED Platinum-certified resort.

Then there’s the science. Adjacent to the resort’s private airstrip is an ecostation maintained by the atoll’s own non-profit Tetiaroa Society. It hosts scientists from around the world who come to conduct biodiversity research. The Tetiaroa Society is another fulfilment of Brando’s dream that his atoll become a marine research centre. His son Teihotu Brando, a lifelong Tetiaroa resident, is involved. As is his granddaughter, Tumi, who leads guests on ecotours. There’s even a Canadian connection; Saskatchewan-born biologist Hannah Stewart is the ecostation’s interim director. 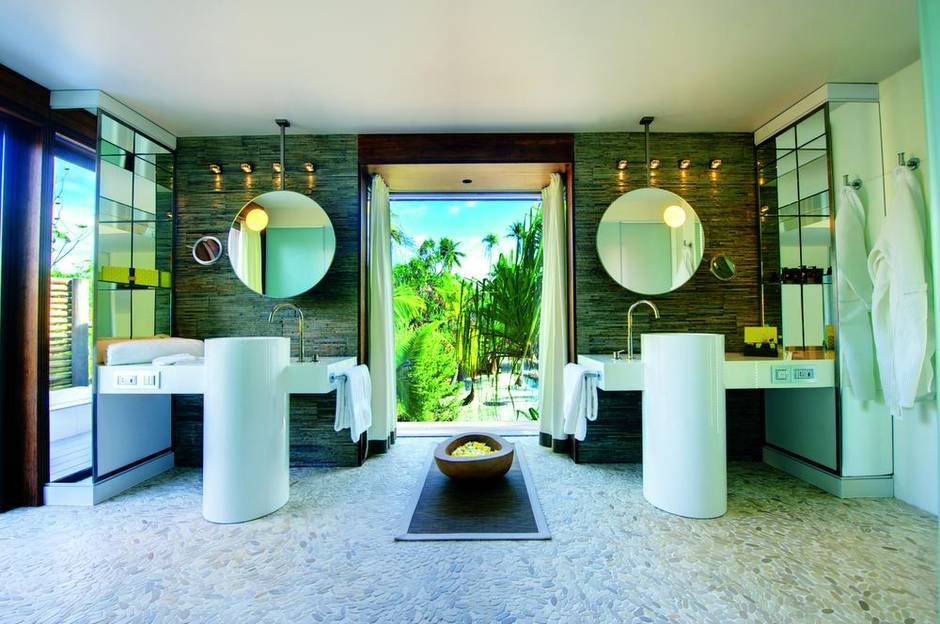 Tetiaroa, a Polynesian word meaning “stands apart,” isn’t associated just with Hollywood royalty. This cluster of flat islets strung like a necklace round a crystal-clear turquoise lagoon teeming with lemon sharks, stingrays and other versicolour sea life served for centuries as the summer residence of Tahiti’s chiefs and kings. And although Mutiny on the Bounty was filmed on nearby Tahiti and Moorea, the real-life HMS Bounty mutineers led by Fletcher Christian – whom Brando played in the film – allegedly retreated to Tetiaroa after setting Captain Bligh adrift. While snorkelling in its fragile coral garden and paddling one of the resort’s outrigger canoes, I can appreciate why they decided to “go native” here.

Set in a palm forest surrounding a tranquil water-lily and lotus-blossom lagoon, Spa Arii Vahine is straight out of a Paul Gauguin painting. I opt for the Taurumi massage, said to promote harmony between body and spirit, which includes a moisturizing tamanu-oil scrub followed by a deeply relaxing Polynesian massage with extra-virgin coconut oil. Spa Arii Vahine also has a steam bath, waterfall, tea lounge, yoga studio and an area set aside for gentle introspection. 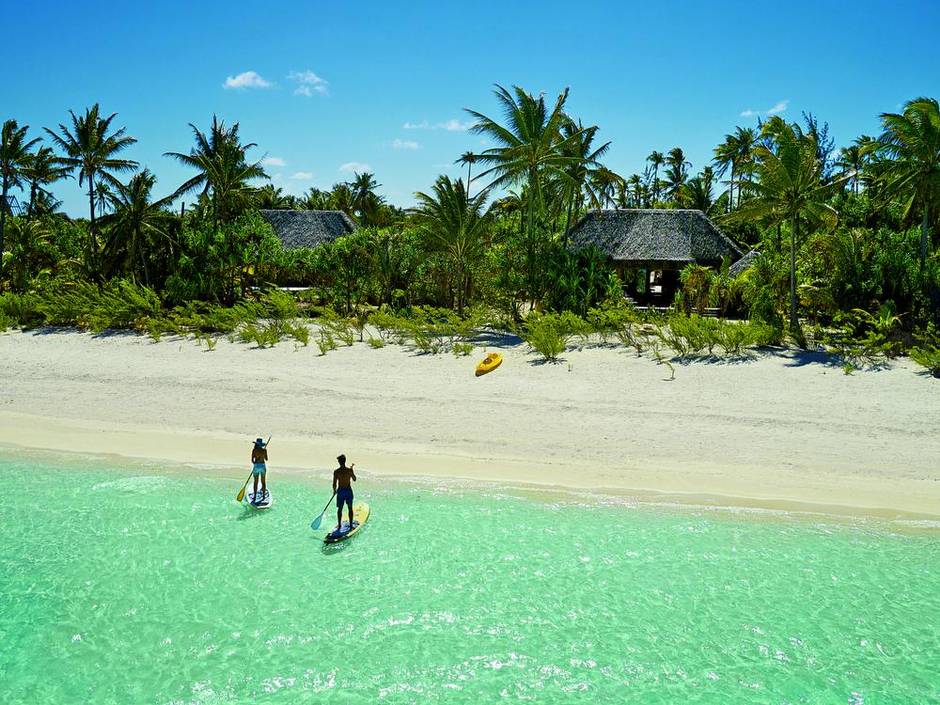 As a lifelong fan of the Method man I would have appreciated a sprinkling of Brando memorabilia around the property. Not dark portraits of Stanley Kowalski, Don Corleone or Colonel Kurtz glaring at me. But perhaps a few sentimental shots of the man behind the myth enjoying his sanctuary from – the horror! the horror! – the Hollywood artifice he so famously abhorred.

At the Brando you can choose between in-villa dining and two restaurants. Menus for both the casual lagoon-side Beachcomber Café and elegant Les Mutinés are based on the award-winning cuisine of chef Guy Martin of the Michelin two-star restaurant Le Grand Véfour in Paris. Then there’s Bob’s Bar, named for Brando’s factotum on film sets, where I sip Marlon’s Mojitos while a blood-orange sun sets on my magical tango in Tahiti.

The writer was a guest of the resort.