As I approach Pena Palace, the crowning glory of Sintra, Portugal, I feel as if I'm entering a dream. And not just because I'm still sleepy from a night of wine tasting in Lisbon, a 40-minute train ride away.

It's because I am in a fantasy land – just someone else's.

Pena Palace was built in the 19th century as a summer escape for Portugal's royal family. It is Sintra's most important sight and often referred to as an "adult Disneyland." But that description seems too staid for the architectural amalgam climbing in spires and turrets above me, a mix of Moorish and Manueline styles, of pinks and peaches, crenelations and cloisters, hand-painted ceramic tiles and elaborate stone carvings.

It is akin to giving a child 10 types of ice cream, 50 toppings and the world's largest bowl: absolute abandon.

This otherworldly feeling follows me throughout my day in Sintra. The wooded landscape itself seems fantastical, so verdant and fertile that settlers came here as early as the fifth millennium BC. More famous, though, is the area's collection of palaces and gardens, which made Sintra the first centre of Romantic architecture in Europe and a favourite destination of the movement's best-known followers, including German composer Richard Strauss and English poet Lord Byron.

Even the dry tone of my audio guide can't quite squelch the sense of delight underlying Pena Palace's design. In the 1830s, the German prince Ferdinand II arrived in Portugal to marry the crown princess. Thirty kilometres from Lisbon, he encountered the wooded hill of Serra di Sintra, 500 m above sea level, where a 16th-century monastery lay in ruins.

Ferdinand (called "Don Fernando" by the Portuguese) decided to purchase the property. He planned to remake the monastery into a relatively modest summer residence. But, my guide intones, Ferdinand's enthusiasm "carried him away."

The palace's interior is just as imaginative. In the mishmash of exoticism that marked the Romantic style, elaborate Islamic-style stucco decoration competes with 16th-century Chinese porcelain, Turkish rugs, lacquered Chinese furniture and 19th-century Bohemian crystal. And that's just in one apartment.

Then there are the views. From one terrace, the panorama looks lifted from the page of a storybook: a lush landscape of rolling hills and enchanted woods, topped with a neighbouring medieval castle.

Later, I read that the father of fairy tales himself, Hans Christian Andersen, visited in 1866. He was impressed not only with the palace and which he called "beautiful and picturesque," but even the path to get there. "The whole mountain road is a garden, a wonderful combination of nature and art, the most beautiful walk you can imagine," he wrote.

Following the path Andersen adored, I head to another castle, the one I'd viewed from Pena Palace's terrace. Although the Castle of the Moors' looks are also fantastical, it's rooted in a fractious history: The fortification was built by the Moors in the eighth century, conquered by the Berbers in the 11th and surrendered to the Christians in the 12th.

Climbing its 850 metres of stone wall, I dare to look down. The landscape spreads below me, the little village of Sintra at its centre.

I head to the village next, but leave soon after. Aside from the National Palace – a royal residence with roots dating to the 12th century – and a handful of medieval streets, Sintra itself offers few reasons to linger. At least compared with the treasures just beyond the historic centre.

Narrowly avoiding a huge tour group, I jump on a bus heading to the Monserrate Palace, one of the area's most opulent Romantic residences.

Despite Monserrate's fame, by late afternoon the grounds are spookily empty. With its octagonal dome, pointed Mughal-inspired arches and slender columns, the palace looks like something straight from a colonial fantasy – which, of course, it was. Although a neo-Gothic mansion was built here in 1790, wealthy Englishman Sir Francis Cook transformed the property when he purchased it in 1856.

Inside, a long gallery unfolds like a fan; pink marble columns hold up screens of Delhi alabaster as intricate as lace. In the centre of the hall, I look up: Above me, three floors of arches and alabaster climb toward the octagonal dome above.

Wandering back outside, I admire how deftly the landscapers wedded English formality (the palace claims the first lawn ever planted in Portugal, complete with an irrigation system) with unbridled exoticism (a Japanese garden boasts bamboo and camellias; the Mexican garden, agaves and yuccas; elsewhere, wisteria and jasmine)wind along the path. Why be constrained to one or the other? Imagination, after all, has no limits.

A few weeks after I've returned home from my trip and back into a world far from fantasy, I pick up Lord Byron's Childe Harold's Pilgrimage. In his loosely autobiographical work, the young poet included an homage to Sintra:

"Lo! Cintra's glorious Eden intervenes In variegated maze of mount and glen. Ah me! what hand can pencil guide, or pen, To follow half on which the eye dilates Through views more dazzling unto mortal ken Than those whereof such things the bard relates, Who to the awe-struck world unlocked Elysium's gates?"

I smile. I have returned to the world of the practical and concrete. But reading those words, I return to the enchanted forests and fairy-tale palaces that make Sintra, more than an area of architectural whimsy, a bold adventure into the human imagination.

The closest airport to Sintra is the Lisbon Portela Airport, 30 kilometres away. SATA and Tap Portugal offer nonstop flights from Toronto to Lisbon, while Air France, KLM, Delta and Air Canada offer flights with one stop en route.

From the airport, the easiest ways to get into Lisbon are via the Aerobus (€3.50) or the metro (€1.40), both of which take about 20 minutes to arrive at the city centre. For those immediately continuing on to Sintra, it's best to get off at the Rossio stop, where trains depart Rossio station every 20 minutes for Sintra (€2.10).

On the road to Pena Palace, the robin's egg-blue Villa Mira Longa offers six charming rooms and a three-bedroom apartment, as well as a garden, terrace with gorgeous views. Expect an abundant breakfast spread. From $112 (€80). Estrada da Pena, 4; villamiralonga.com

Cafe a Piriquito remains the most famous spot to try homemade versions of Sintra's most famous sweets, the travesseiro (a custard-and-almond-filled puff pastry) and queijada (a tart filled with sweetened cheese and cinnamon). Rua das Padarias 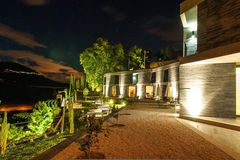 The best way to discover Portugal’s unexpected charms
May 11, 2013 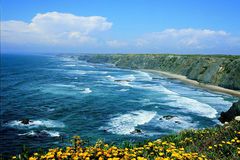 Tripping in Portugal: shrimping's almost the kiss of death for this seafood lover
September 17, 2012 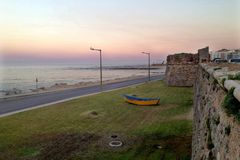 Any tips for touring Portugal with my older sons?
January 20, 2011
Follow us on Twitter @globeandmail Opens in a new window
Report an error Editorial code of conduct
Due to technical reasons, we have temporarily removed commenting from our articles. We hope to have this fixed soon. Thank you for your patience. If you are looking to give feedback on our new site, please send it along to feedback@globeandmail.com. If you want to write a letter to the editor, please forward to letters@globeandmail.com.
Comments