Although I'm a lifelong train nut, most of my epic trundles – from Australia's Indian Pacific to the Trans-Siberian Railway – have been largely outside Europe. So I'm curious, too, since the continent is crisscrossed with a bewildering array of jaw-droppingly scenic options. I tapped two experts for exactly where – and how – to ride the rails.

Mark Smith's Man in Seat 61 website (seat61.com) is crammed with trip-planning advice. His roster of recommended routes starts in the U.K.

"I suggest London to Fort William by Caledonian Sleeper, travelling direct from the Big Smoke to the wonderful West Highlands of Scotland. With your own cozy bedroom, you'll be breakfasting in the lounge car as deer bound away from the train the next morning," he says.

Then there's the continent. "Some say the Bernina Express from Chur to Tirano is the best train ride though the Swiss Alps; others say the famous Glacier Express pips it at the post. You'll just have to do both," he suggests, adding that Venice to Munich via the Brenner Pass, Zurich to Milan via the Gotthard Pass and Paris to Nice, with its rocky coastline finale, are also major routes with scenic swathes.

But don't forget Eastern Europe. "Take the train from Belgrade to Bar or Podgorica in Montenegro. There's breathtaking mountain scenery, including a precarious crossing of the world's highest railway viaduct. It's a daylong ride costing just €20 – buy your tickets at the station."

Looking for some vintage railway decadence? "The Venice Simplon-Orient Express is the ultimate luxe train. Food and service is unsurpassed but it's the stunning interiors – the Poirot factor – that swings it," says Stone, adding that Austria's lesser-known Majestic Imperator train is an equally lavish but lower-cost alternative.

Once you've found your dream route, it's time for ticketing. Smith offers some choice advice for keeping budgets on track.

"Don't assume you need a rail pass. I often see Canadians taking €29 train journeys with $800 rail passes. Europe's long-distance trains often operate like budget airlines, with cheap fares for prebooking on a no-refunds, no-changes basis," he says, adding that buying tickets three months ahead is the way to go.

But where to book?

"There isn't a single website selling all routes and services at the cheapest prices. The golden rule is to book online at the websites of relevant operators. If a service is run jointly by neighbouring countries – as many are – go to the website of the national rail operator for the country where your journey starts: You'll pay cheap advance-purchase fares, usually without booking fees. Most offer print-at-home or collect-at-station tickets."

For many North Americans, Smith adds, the ease of European long-distance train travel can be surprising. "There's no check in – apart from on Eurostar. You just walk off the streets and onto the train. If you're on board at departure time, you go with it – if not, you get left behind."

And while luggage allowances are generally less draconian than flying, Stone adds it makes sense to prepare. "Space will be limited in all but the most lavish cars. Have one luggage rack-friendly case for day-to-day essentials: change of clothes, a good book, a trusty corkscrew and your camera are all you really need."

It's this kind of relaxed approach – the foundation of great train journeys – that should also apply during planning. "Be realistic about how much ground you'll cover," Stone says. "Resist the temptation to hit every capital. And remember that high-speed doesn't always mean better – slower journeys are often the most scenic." Didn’t get to Europe this summer? Here are 14 spots perfect for the off season
November 1, 2013 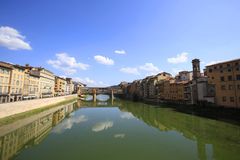 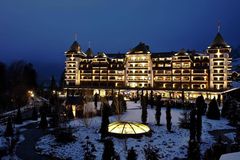 15 European cities you haven’t thought of visiting (and really should)
September 6, 2013 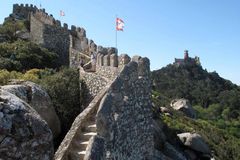 What’s that intoxicating scent in the south of France?
September 23, 2013 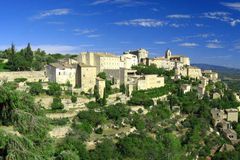