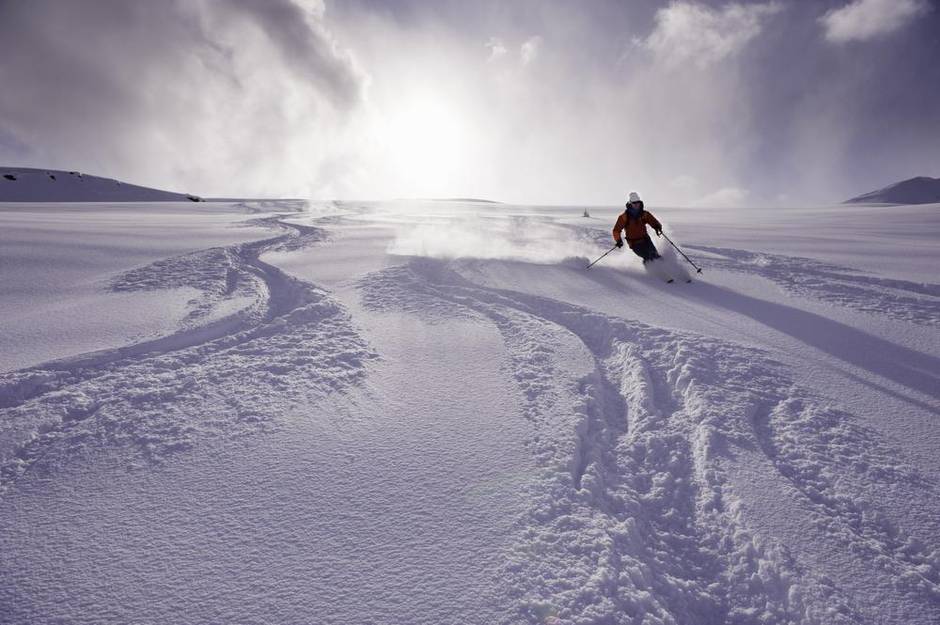 Skiing “first descents” is normally the realm of pro athletes with film crews in far-flung locales such as Alaska or Kazakhstan. So it was hard to fathom that I, a skier of only upper-intermediate ability, was about to drop onto a never-before-skied slope in British Columbia. But there I was, 2,200 metres up on the western flank of the Rockies, atop an unnamed 40-degree run. Under a gauzy sky, the serrated summits of Jasper National Park – Mount Kane, Mount Evans and Mallard Peak – pierced the northern horizon. In every direction was vast white wilderness. My guide gave the thumbs up and I made swift, swooshing turns in airy powder. But I had misread the pitch in the flat light, and was suddenly cartwheeling uncontrollably downward.

By the time I stopped, I’d tumbled some 30 metres – falling so long that snow had worked its way into places you never want to get snow. I extricated myself, brushed off and began searching for my skis while the group waited below. For 15 minutes I dug and paddled through waist-deep snow, my face flushed with sweat and embarrassment, until I found my gear.

“We’ve got a name for that run now,” guide Ross Berg called out, laughing, when I caught up with the group. “Ribbons!” (I should have attached the colourful streamers to my skis, as was recommended earlier in the day, since it would have helped me find them. After that, I didn’t ski without them.) It was late March and I was on the inaugural trip of the Canadian Adventure Company, a backcountry ski-touring operator now in its second season, which is introducing 77 square kilometres of virgin terrain to its guests. Catering to small groups of only seven skiers, it will be a few seasons before the area is fully explored. 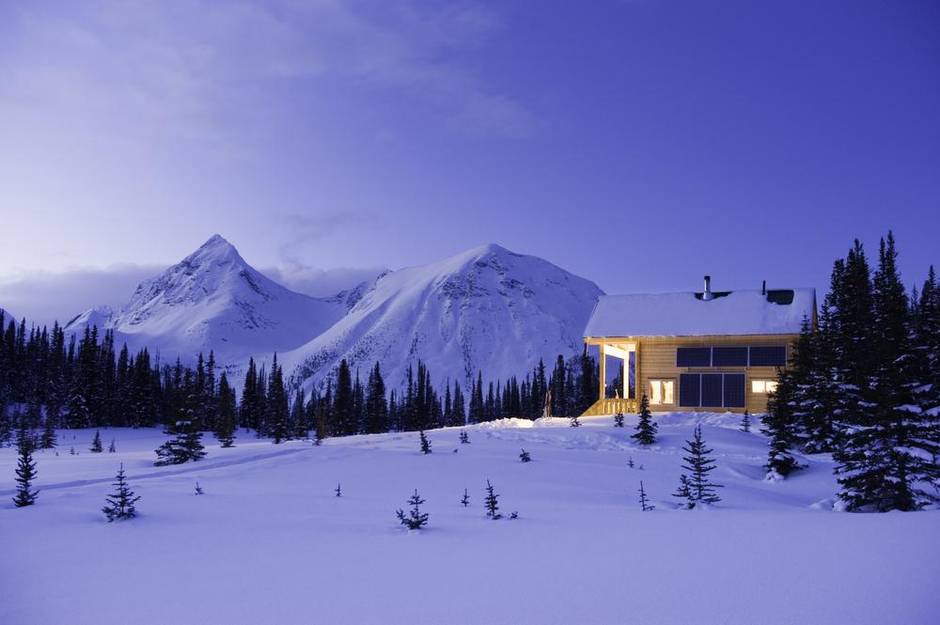 Our base camp was Mallard Mountain Lodge, a cozy, newly built cabin found in a remote area known as the Punch Bowl. The Lodge is found in an open meadow at the confluence of five valleys that sits at 1,921-metres elevation, just below the treeline, near the B.C.-Alberta border. With alpine bowls, gladed tree runs and high ridges, the Punch Bowl’s terrain is a good blend for intermediate skiers, and the vistas of Jasper National Park are stunning. But there are no roads. Getting there required a seven-hour drive from Vancouver to the outpost of Valemount, followed by a half-hour helicopter flight south. The Punch Bowl was once used by fur traders in the early 1800s as they made their way through Athabasca Pass. Few people have visited here since.

Adventure and the lure of untracked powder is what draws most to leave the resorts and try ski touring in the backcountry. A fair amount of fitness and an upper-intermediate level of downhill skiing ability are all that’s required. Guides take care of the rest. 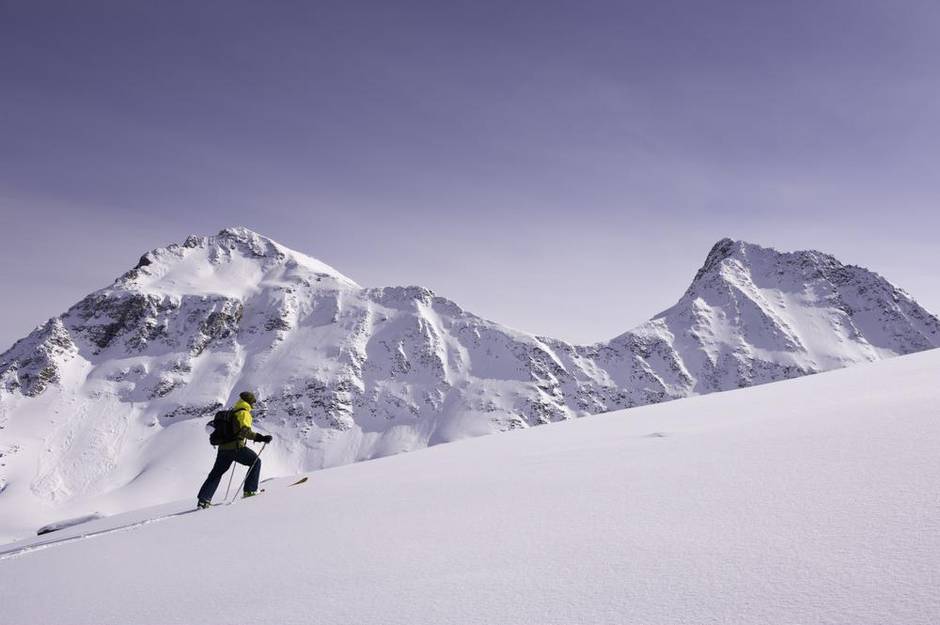 Sixty-seven-year-old Derek McManus, one of the pioneers of snowcat skiing in B.C. in the 1970s, built Mallard Mountain Lodge and the skiing business with his son Paul. The pair had spent the better part of a decade poring over topographical maps and scouting in helicopters looking for the right spot. Punch Bowl proved the perfect place for those seeking exclusive experiences and isolated terrain.

“Nobody is putting that small of a group into that remote of a location,” McManus told me later, adding that the jaw-dropping heli-flight in, with views of the Columbia Icefield, is unparalleled.

Low-lying clouds on my flight in meant the view would have to wait, but the group was keen to get started. But before setting out, everyone practised using avalanche safety equipment: digital transceivers, snow probes and shovels.

We climbed into the alpine on lightweight skis with heel-lift bindings (fitted with skins to grip the snow). It was our first trip out with our young, curly-haired guide, Berg. I felt the ground rumble – an indication of an unsettled and risky snowpack – but Berg, who has a lot of experience in the backcountry, simply made a route change away from some steeper slopes and cornices. We’d be skiing gentle slopes instead. 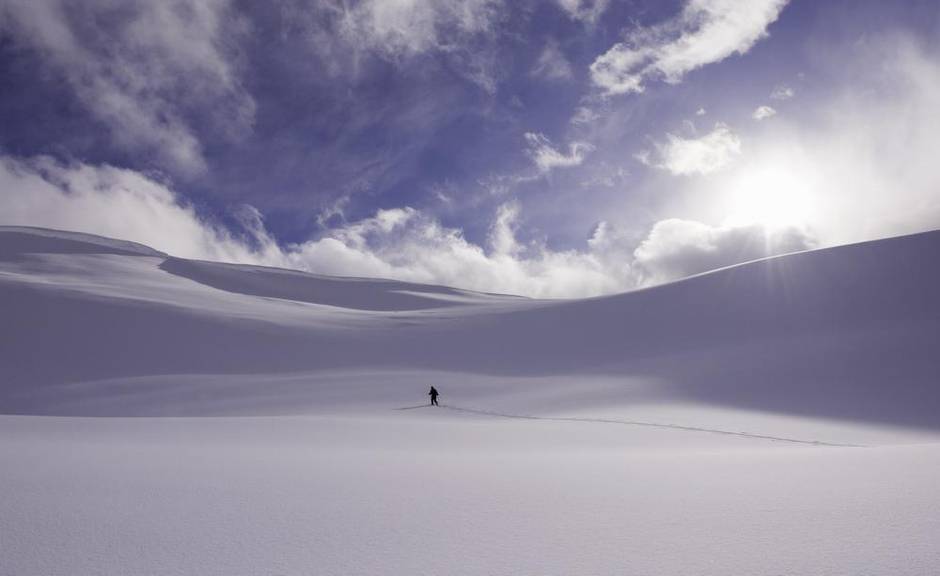 Compared with the coast and central ranges of B.C., the Rockies’ snowpack is thinner, drier and more reactive. A knowledgeable guide is your best bet for safety in the mountains here.

Each day our group set off after a breakfast of granola, eggs and fresh fruit. Over the four-day trip, we found and named 17 new ski runs. (Ribbons was my ignominious contribution.) We also had our share of adventures. On the second day the thermometer dipped to -22 C and the snow was as light as I’ve ever felt.

We climbed up to the ridge at 2,480 metres in search of new lines. But the south-facing bowls were wind-scoured and rocky so we made runs back into the glades.

On the third day the weather worsened, with blowing snow and limited visibility, but our guides were not defeated, they simply had us explore the steep, treed slopes to the east, until we came to a gully that looked avalanche-prone and steered us away. The day was long; we skied for about seven hours, and then returned through a lovely pine and balsam forest to the aroma of fresh baking and the wood stove. 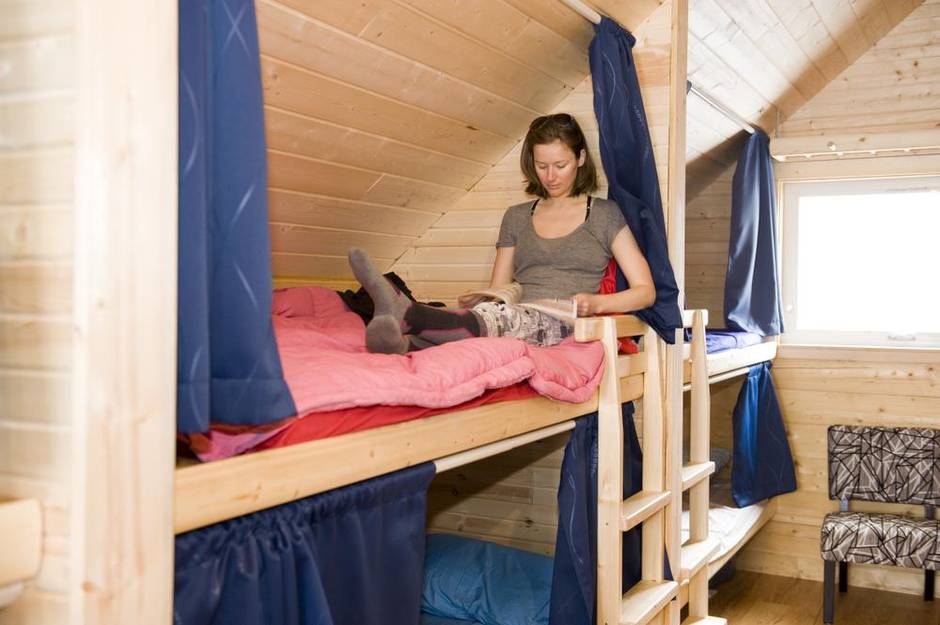 Bunkbeds are a small trade-off for skiing in such a stunning area. (Darryl Leniuk)

The snug socializing and dining space at the lodge – not to mention dorm-style sleeping accommodations upstairs – means you’ll soon be making friends with the other guests. It’s a tiny trade-off for visiting one of the most remote ski lodges in the country, although night treks to the heated outdoor toilet require some planning (such as leaving your down jacket and tuque handy so you won’t wake up your bunkmate searching for them). Meals were impressive and included barbecued cedar-planked salmon, chicken harissa and homemade chili.

When it was time to go home, I clambered into the helicopter; with a bluebird sky we would now get our views. I leaned against the bubble-shaped window and watched as the Lodge disappeared into the snowy wilderness, then I spotted the tiny squiggles of our ski tracks from the past few days. All around them, I saw deep bowls, chutes, open slopes and still more runs waiting to be named. 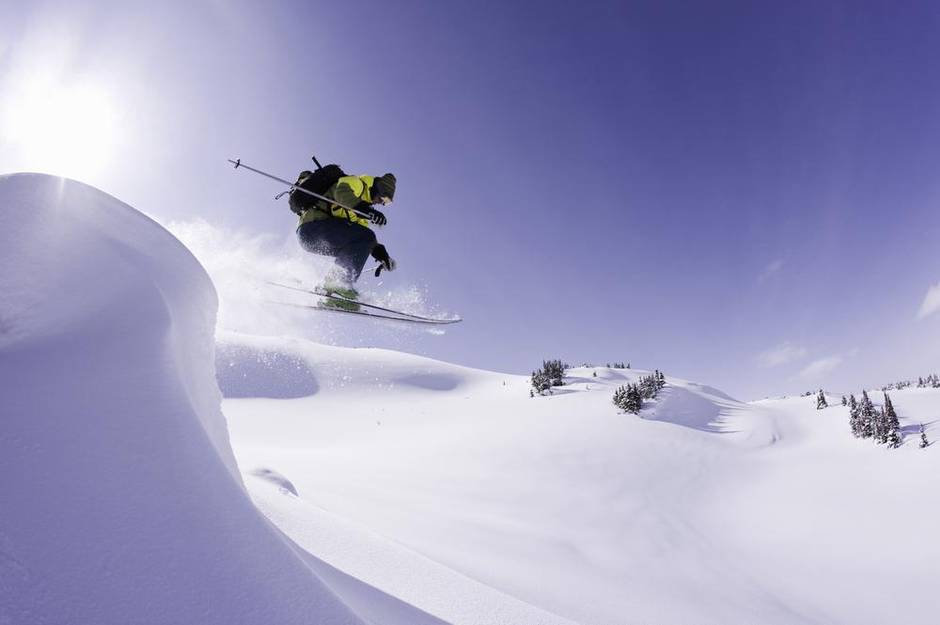 Valemount is located more than 670 kilometres northeast of Vancouver or 488 kilometres west of Edmonton. Most guests spend a night in town prior to the early-morning helicopter flight to Mallard Mountain Lodge. (For ideas on where to stay, see visitvalemount.ca.)

The Canadian Adventure Company runs trips from late December through early May. Seven-day trips start at $2,500, while three-night stays cost $1,740, and include meals, accommodation, guiding and helicopter flights. For more details on winter and summer trips, visit canadianadventurecompany.com.

If you want to plan your own backcountry adventure in B.C., figure out where to stay at backcountrylodgesofbc.com. And keep an eye on the danger zones by checking the website for Avalanche Canada: avalanche.ca.

The writer was a guest of the Canadian Adventure Company. It did not review or approve the story.