The canoe drifts past tree-lined riverbanks as eagles circle in a cloudless sky. This could be any river, anywhere - until the fairy-tale spires of Château Montfort swing into view, clinging to the top of a towering cliff of honey-coloured limestone.

There's an old story that God ordered one of his saints to cover France with châteaux like this. Exhausted after laying out Versailles, Fontainebleau and other sprawling royal palaces, the saint knocked off early and dumped the rest here, in the Périgord.

It's a charming explanation for the hundreds of castles that dot this laid-back region of southern France, a few hours' drive inland from Bordeaux, where visitors can tour a prehistoric cave, stand on medieval ramparts and float down the meandering Dordogne River - all in one day.

"It's a magical region where time seems to stand still … a preserved piece of paradise," says Andrea Polato, a transplanted Italian who delights in introducing travellers to a destination that is an afterthought in many guidebooks.

Polato and his wife, Barbara Menzio, operate a bed and breakfast, L'Ombrière, in a restored 18th-century farmhouse in Montfort, our base for a week-long exploration of the Périgord.

Novelist Henry Miller, who passed through just before the outbreak of the Second World War, called it a "country of enchantment" and he, too, considered it "the Frenchman's paradise."

There's lots of paradise to explore. We spend an afternoon strolling quiet country lanes to La Roque-Gageac, a riverside village stacked against a sheer cliff (and even more dramatic from the water, as we'll see during our canoe trip). After climbing narrow lanes lined with bamboo and other tropical plants that flourish in the sheltered microclimate, we're ready for a gourmet, locally sourced meal at the village's best restaurant, La Belle Étoile.

The hilltop village of Domme looms above the river, one of scores of bastides - fortified towns - built, like the châteaux, when this peaceful region was a medieval battleground. It's a magnet for tourists and worth a visit. After poking through shops and side streets, reward yourself with lunch or a glass of Bergerac - a fine local wine - on the terrace, overlooking the Dordogne Valley. Just to glimpse this stunning view, Miller declared, "is something to be grateful for all one's life." He was right.

Sarlat, about five kilometres from Montfort and the area's main town, is best known for its 14th-century architecture and busy Saturday market.

Arrive early on market day before the cobbled streets are choked with tourists and locals in search of foie gras, dried sausage and cheese - tangy, aged Cantal and cabécou, a creamy goat's cheese, are the best. Stock up for an afternoon picnic in the countryside but plan to return for a stroll after sunset, when Sarlat's historic façades are bathed in golden light.

It's easy to escape the bustle of Sarlat and Domme. We spend most of one day driving along country roads without a map or destination - and stumble on Castelnaud, a stern mountaintop fortress complete with replica siege engines. Its towers offer more spectacular views of the Dordogne and there's a museum inside filled with enough armour and weaponry to outfit the cast of Monty Python and the Holy Grail.

Another whim takes us north to the town of Montignac for a day trip along the Vézère River, famous for its prehistoric caves, including a reproduction of the famous Lascaux, with its vibrant animal paintings, and La Roque St-Christophe, a massive limestone escarpment that was inhabited for thousands of years.

A tour of the nearby Château de Losse, built in the 1570s, shows how well the French aristocracy lived, and lunch at a riverside café in nearby Saint-Léon-sur-Vézère offers a chance to visit the village's 900-year-old Romanesque church.

That story explaining the Périgord's glut of châteaux? It comes from an old travel guide we found at the market in Sarlat. Inside were photos of the view from Domme, the narrow streets of La Roque-Gageac and other scenes that have changed little in half a century.

The Dordogne has flowed through this valley for thousands of years. Only time has stood still. 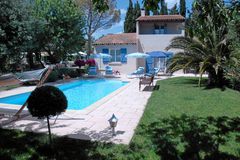 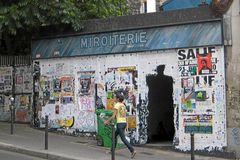 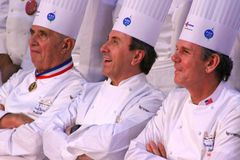