“My goal is to export,” says Dubravko Vitlov, watching over a pot of bubbling cream. “I want to make more people happy,” he adds with a boyish enthusiasm.

Vitlov is a master chocolatier here in Zadar, Croatia, and he’s demonstrating his technique for a television crew shooting a story about high-end travel experiences. 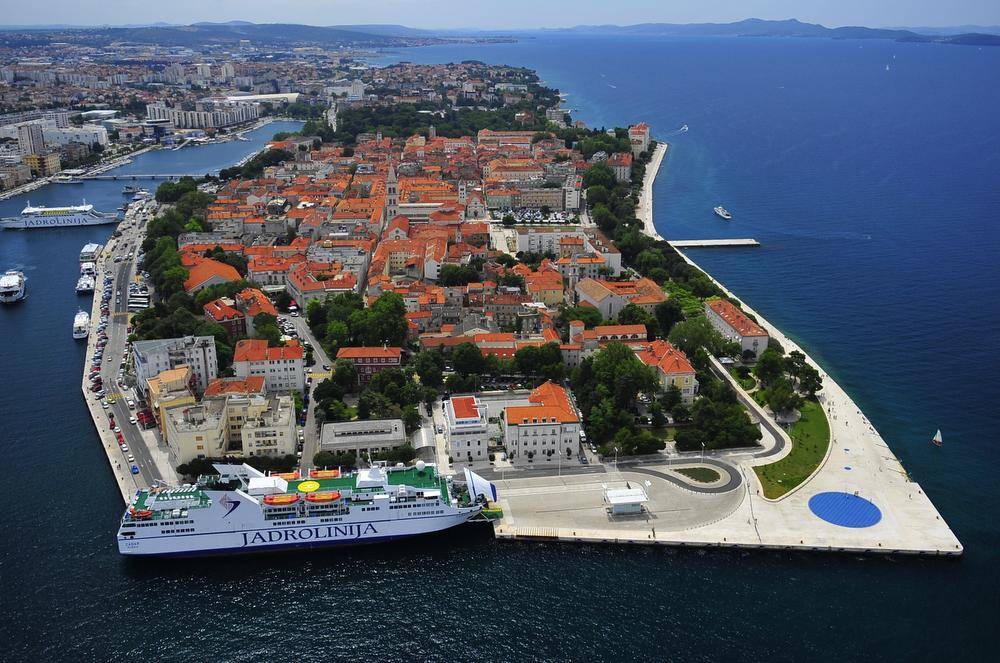 If Dubrovnik is the pearl of the Adriatic, then Zadar is surely the plum. Not only does it have more history than its famous sister city to the south – it’s much older, founded 3,000 years ago – but Zadar also seems to be bursting with fresh flavours, new ideas and a youthful vigour.

No doubt I’m so enamoured partly because I arrive with the first flush of spring. Trees stagger under the weight of their blossoms.

A bride and groom step out of a church in the old city under a shower of rose petals. Locals lounge at outdoor cafés, enjoying lattes and gelatos in the sun while watching children play among the ruins of the old Roman forum. In winter, part of it is flooded and used as an outdoor skating rink. Nothing like having your history and using it too. 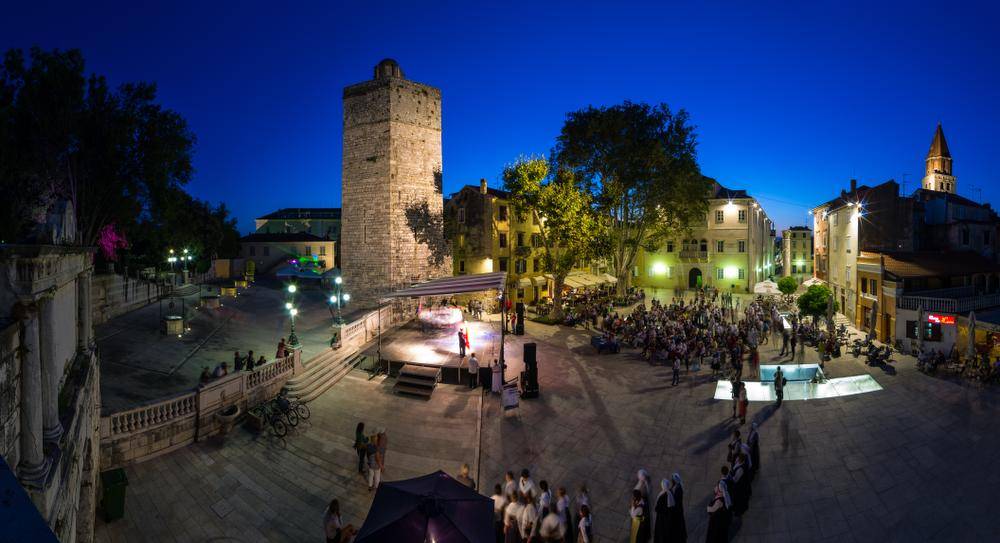 And Zadar’s history – or at least what’s left of it – is impressive. Bombs dropped during the Second World War destroyed about 70 per cent of the city. More recently, the War of Independence inflicted damage. But the city is experienced at recovering from ruin; in the sixth century, a devastating earthquake toppled most of the Roman structures, leaving only fragments of columns. “Centuries later, they were dug out of the ground and used in new churches,” our guide, Ivana Dundovic explains as we admire the Romanesque interior of St. Anastasia’s, the largest cathedral on the Dalmatian coast. 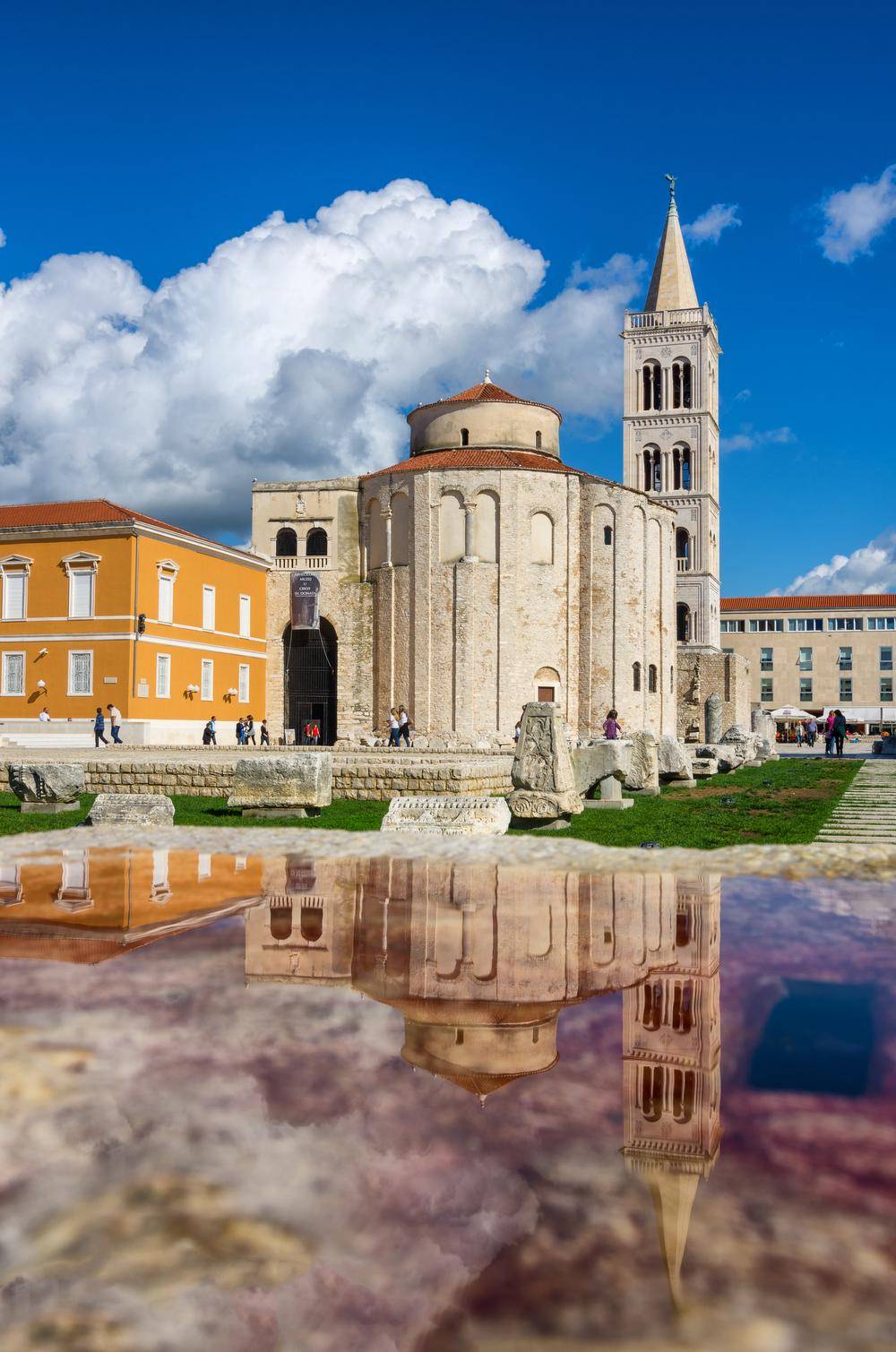 During the Renaissance, Zadar was capital of Dalmatia under the Republic of Venice. Tourism officials are hoping to have the city’s Venetian walls declared a World Heritage Site, along with half a dozen of the city’s oldest churches, the archbishop’s palace dating from the fourth or fifth century, a Benedictine convent and the remains of a Roman temple.

Of these, the convent of St. Mary’s is the most fascinating. “It’s the second oldest convent in the world,” says Dundovic. Founded in 1066, it is today home to 25 to 30 world-savvy nuns who make their own liquor and “even own stock in a Croatian football team,” she confides.

The convent houses the Gold and Silver of Zadar, a museum full of reliquaries from the eighth to the 18th centuries, many in the shape of finely wrought arms and hands. It’s a little ghoulish to hear that these reliquaries actually contain body parts – the remains of saints. One, for instance, is said to contain the shoulder blade of St. Mark. When the nun leading our group bursts into song at the end of a rather sombre tour, I chalk it up to the local joie de vivre.

Zadar could easily coast on its history – it also has a museum of ancient glass, and an archaeological museum – but it doesn’t. A few years ago, wanting to improve its pier for cruise-ship passengers, a local architect had the brilliant idea of installing organ-style pipes under the concrete steps leading down to the water. When waves hit the 35 pipes – all different sizes – air is pushed through, creating musical notes. The Sea Organ shared the European Prize for Urban Public Space in 2006. Since then, solar panels have been installed to even greater effect. At night, the installation – called Greeting to the Sun – lights up under your feet, synchronized to music from the Sea Organ. 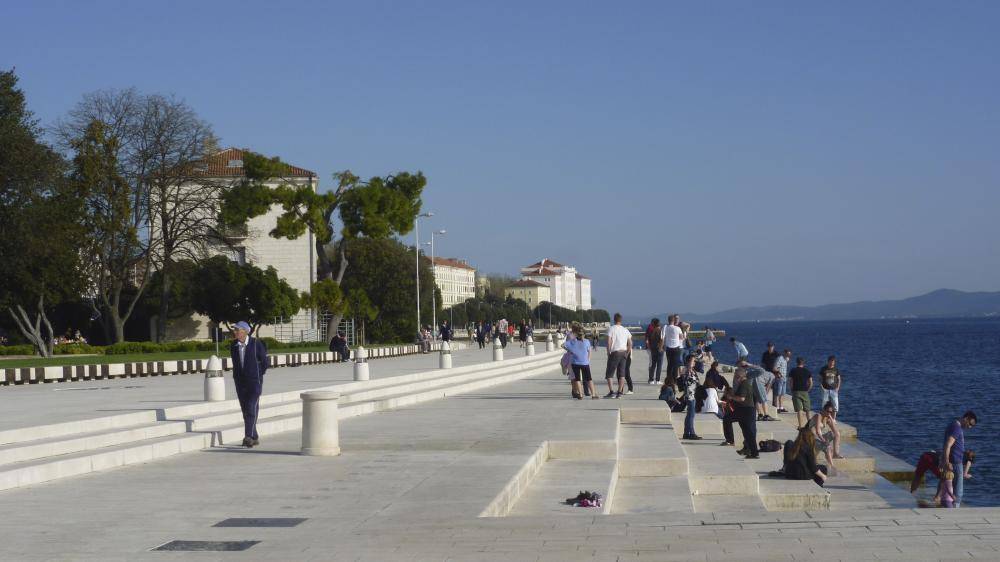 The promenade’s steps double as a musical instrument. (Suzanne Morphet)

The city’s food scene comes with the same streak of fun and creativity. One afternoon, we stop for coffee at Art Hotel Kalelarga and spot what appears to be a green cheesecake in a glass showcase. I’m guessing mint or lime, but fronds of asparagus decorate the top, along with big curls of chocolate. It is asparagus season – but in dessert?

“Lots of people were very skeptical about it at first,” hotel receptionist Ivan Lalin tells me later, “but very quickly it became one of the most selling cakes in our hotel.”

I have to give it a try. When I bite in, the filling is light but rich, suffused with olive oil, white chocolate and – yes – asparagus. It’s a wild, bitter variety that grows only in Dalmatia and two small parts of Italy, according to Lalin.

Oddly enough, it works, adding a depth of flavour you don’t expect – much like the city itself.

Archaeological Museum On the doorstep of the old forum, this three-storey museum houses more than 100,000 artifacts including Roman statues and stelae. amzd.hr 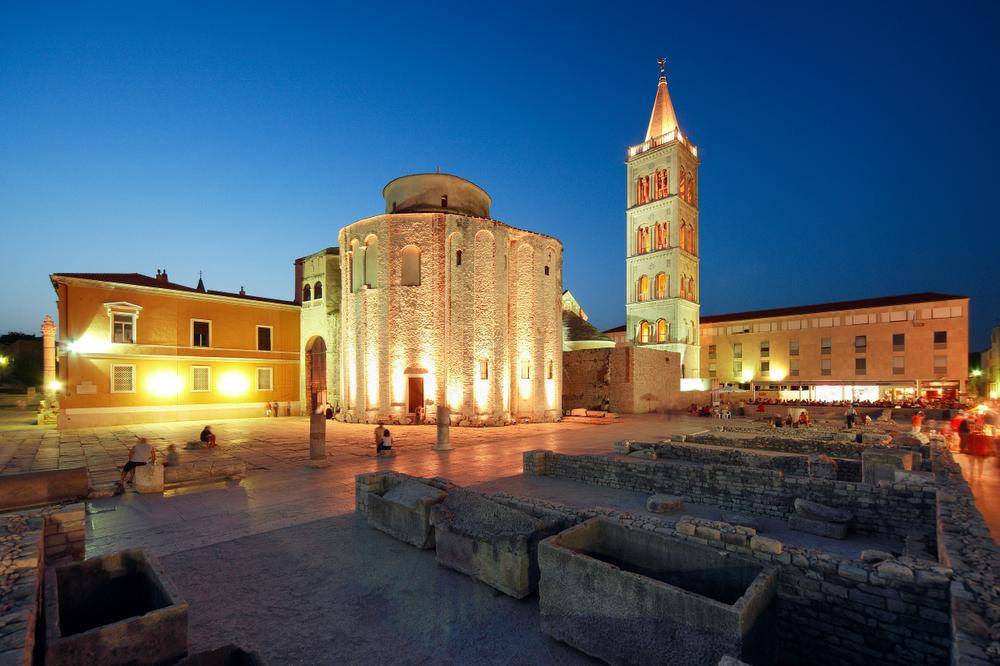 St. Donat Church This round, pre-Romanesque church built in the 9th century is loved for its extraordinary acoustics. A series of classical musical evenings is on until Aug. 14. donat-festival.com

Hotel Bastion is built on the remains of a medieval fortress and offers 28 luxurious rooms and is a short walk to the pier with the Sea Organ and Greeting to the Sun. A room for two, including breakfast, starts around €180 ($262) a night. hotel-bastion.hr

Art Hotel Kalelarga is a new hotel with 10 rooms in the heart of the old town. From €150 a night, including breakfast. arthotel-kalelarga.com

The writer was a guest of Tourism Croatia. It did not review or approve this article.