Grand Bahama, one of the hundreds of islands that make up this archipelago in the Atlantic, is essentially a giant piece of coral. Which could be a problem for a kitchen dependent on freshly grown produce. But it does make some menu items easier to find.

"The fishing is fantastic: yellow fin, mahi mahi, which we call dolphin fish. I love mutton snapper; it has this incredible sweetness to it. After that you've got the spiny lobster and the stone crab, the crème de la crème. … It's really the ocean that has sustained us," says Tim Tibbitts, a Canadian-raised chef who runs Flying Fish (flyingfishbahamas.com), a four-diamond-AAA-rated restaurant in Freeport, with his sommelier wife, Rebecca. The island's geographic composition brings other benefits, too – namely a laid-back, unspoiled vibe that's more low-key than buzzy Nassau. If you're escaping to Grand Bahama this winter, take a little advice from Tibbitts on a few of his favourite places.

"It's the shopping hub of the city itself. It's very modern. The grounds here are beautiful and the properties are all kind of linked together so you can walk the whole area. It's got dozens of restaurants, bars and shops across the street from the Grand Lucayan Hotel, Memories Casino and Beach Resort and Pelican Bay Hotel. We are located between Grand Lucayan and Pelican Bay, as well." Memories: 1 Sea Horse Lane; Pelican Bay: Bell Channel Bay

"That was the restaurant that we came here to open. It's now located in the cruise ship harbour. Best sushi I ever had. We hired Marcial Banaag out of Bermuda. He trained in Tokyo. His signature roll is the toga roll, a spicy tuna with a tempura crunch. It's amazingly good. The restaurant is right on the water in the mouth of the harbour and they do shark feedings at night. They take all of the fish trimmings and throw them in and you can see massive sharks just going crazy." Freeport Harbour, pieroneandeast.com

"It's in Port Lucaya. It's a small mom and pop Italian place. The owners are always there. It's awesome. Everything is made from scratch. It's comfort, quality food. It's very small, like you're sitting in somebody's house. The veal marsala is amazingly good. I pretty much get it every time I go." Port Lucaya Marketplace

"They have three locations on the island. They make everything from scratch, which is so rare here. And it's so good. They use a lot of local fruit. So you can get soursop ice cream. It's almost custardy, but it's got a sweet and sour tang." Port Lucaya Marketplace, franksicecream.com

"There's a whole stretch of different beaches heading east toward the end of the island: first Gold Rock, located inside Lucayan National Park, then High Rock. Gold Rock is a little more rugged and natural, due to hurricane damage, but at the same time very beautiful. Even farther east is Pelican Point. It's just one stunning beach after another." 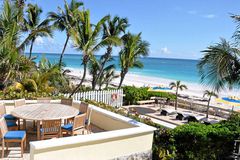 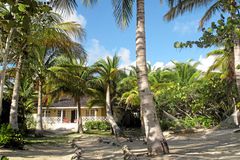 Bonefishing in the Bahamas
November 22, 2008 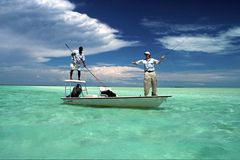 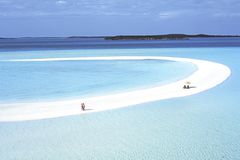