On the last afternoon in May, I found myself walking down a side street in downtown Oslo, on the way to a crime scene. The small group with me was composed of an equally morbid bunch, including a mother and her young daughter. They appeared excited to be here. It had been raining off and on throughout the day, and the sidewalk was mostly empty. Although we were just a few blocks south off the Norwegian capital’s main strip, Karl Johans gate, which begins at the Royal Palace and drifts southeast past shops and restaurants toward Oslo’s usually bustling central train station, I felt like I was in a different city altogether.

Truth be told, I wasn’t sure if I wanted to see the city formerly known as Kristiania from this angle. I knew from the map that we were only a few blocks from the staggering Oslo Opera House, which opened to great fanfare in 2008, a white marble- and granite-clad edifice that, from a distance, looks to be sliding into the chilly waters of the Oslofjorden like a giant into a bath. This is what visitors come to see! Lunde, though, was leading us through a part of town unlikely to be promoted by the tourism bureau. This was the realm of sadistic serial killers and corrupt cops, of brutal violence and rampant crime.

In books, at least. 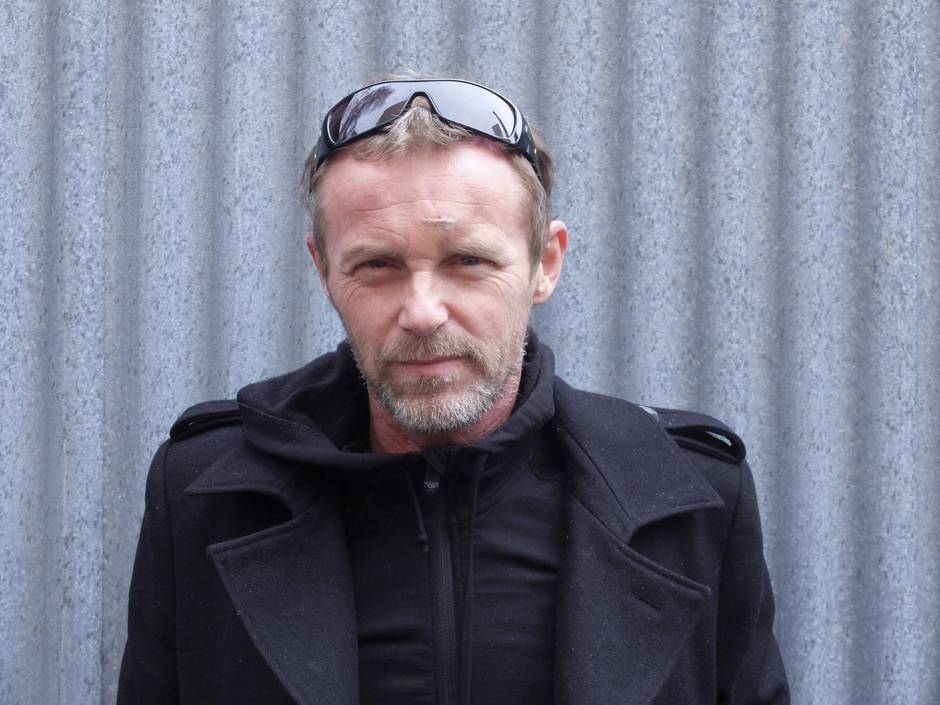 I was in the middle of a Harry Hole walking tour. Harry, for those whose literary tastes don’t include crime fiction, is the detective (anti-) hero of 10 wildly successful novels written by Oslo’s own Jo Nesbo, described last year as Norway’s “first international pop-culture star” by The New Yorker. His books, which include several stand-alone novels (including Blood on Snow, which was released in Canada in April) and a series for middle-grade readers (Doctor Proctor’s Fart Powder), have sold more than 20 million copies combined and appeared in almost 50 languages around the world. Nesbo, one of the country’s main cultural exports, is also responsible for a slew of imports, namely tourists eager to see the real-life haunts of their favourite fictional detective, even if they aren’t always particularly exciting.

Walking east on Tollbugata, we arrived at a yellowing four-storey building called the Sentrum Pensjonat, the real-life inspiration for a fictional hostel where Harry stays in the ninth novel, Phantom. The hostel is “among the cheapest places you can stay in Oslo,” said Lunde, which was actually good to know considering the city consistently ranks among the world’s most expensive. “I’ve heard of a few people who’ve stayed here because they’re Harry Hole fans.” She led us inside, up a winding staircase, and over to a bemused receptionist, who agreed to hand over the key to Room 301, where Harry bunks down. “Oh, I’ve never been in here,” she told us excitedly after unlocking the door, as if we were inside a cordoned-off room in the Royal Palace and not a dreary room filled with four beds, a bar fridge and a small wooden table.

Lunde, an affable 65-year-old schoolteacher who conducts this tour on a weekly basis, was dressed in a black T-shirt dripping with (fake) blood with the word “Politi” printed across its chest – the Norwegian title of the most recent entry in the series, 2013’s Police. She was also wearing a pair of snowman earrings, a nod to Nesbo’s grisly 2010 novel of the same name. 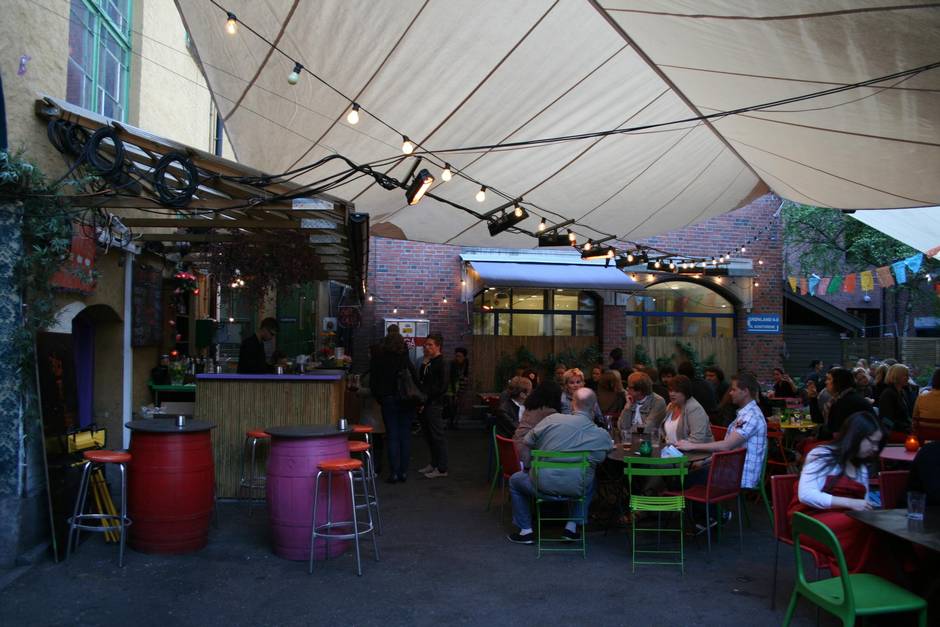 Gronland, where this cafe is located, is a vibrant and heavily multicultural neighbourhood in the city’s east end. (VisitOLSO/ VISITOSLO/Linn Saxrud Johansen)

Later, leading the tour through Gronland, a vibrant and heavily multicultural neighbourhood in the city’s east end, Lunde admitted that, when she founded the tour in 2011, she had never read one of Nesbo’s books; she has now read them all multiple times. (“My husband’s very jealous of him,” she said, though I wasn’t sure if she meant Nesbo or Harry.) In any case, she was having a blast guiding the group on the two-hour tour of the city, which ranged from a scenic walk along the Akerselva River that snakes through town – a perfect place to dump a body – to the police headquarters where Harry plies his trade. You don’t have to have read the Harry Hole novels to enjoy the tour, which mostly attracts guests from Europe, North America, Australia and New Zealand, as it focuses on Oslo and its history as much as the fictional detective.

When, the following night, I mentioned to Nesbo that I had taken the tour – while Lunde obtained his approval, he doesn’t profit from it – he seemed slightly embarrassed, though also a bit curious: “How was it?” he asked. We were picking away at plates of sashimi at a sushi joint near his home, just across the street from Frogner Park and the Vigelandsparken, which, even at this hour, was filled with tourists taking selfies with artist Gustav Vigeland’s bronze statues. With more than a million visitors a year, it’s one of the city’s most popular attractions, even though it can be rendered creepy in Nesbo’s work.

“I certainly don’t try to portray Oslo in a realistic way,” said Nesbo, 55, who was born here, moved away at a young age, and returned for good in 1986. “That was never my goal. But I use the real Oslo because it’s convenient, because it’s easy, and it gives authenticity to the story that you can’t really make up. Then again, it’s a bit more twisted.” 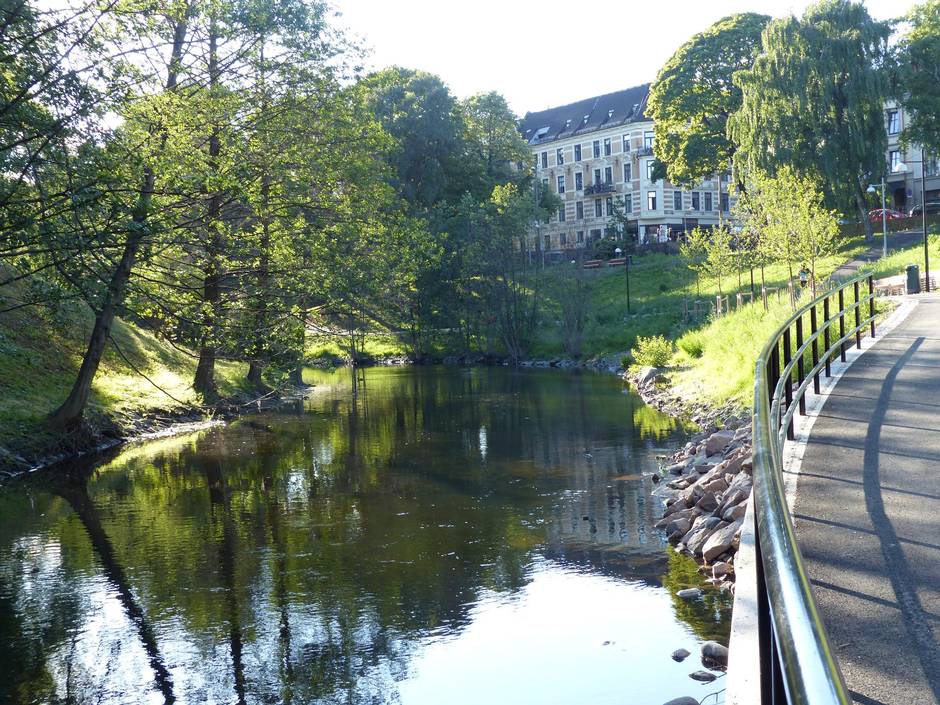 If anything, the fact that Oslo is now fertile ground for a series of bestselling crime novels is something to be celebrated. His latest book, Blood on Snow, a taut thriller about a hit man who falls in love with one of his targets, is set in the 1970s, “back when Oslo was a really small city. It’s not that it’s grown much, but it has opened up to the world. Back then, it was a village on the outskirts of Europe, really. Nothing really happened here. … Norway was one of the three poorest countries in Europe. The city and the country and the people have transformed ever since we found oil – actually, the Americans found oil – in the late sixties.

“It became a much more interesting city.”

With an equally interesting literary scene. Nesbo is one of several Norwegian writers who have recently achieved success on the international stage – Karl Ove Knausgaard, Per Petterson, Karin Fossum, Erlend Loe, Anne Holt, Thomas Enger and others – which is especially impressive considering the country boasts a population similar to that of Costa Rica.

“Norway is, by some people outside Norway, presumed to be the capital of Sweden or something,” Andreas Wise, the executive director of Norway’s House of Literature, said over lunch in the building’s ground-floor restaurant, which doubles as a bookstore. (The litteraturhuset – the largest such building in Europe – is a tourist attraction in its own right; opened in 2007 and located across the street from the Royal Palace, it’s the sun around which the country’s literary community revolves, hosting more than 1,500 events each year, and providing work spaces for dozens of writers, free of charge.) 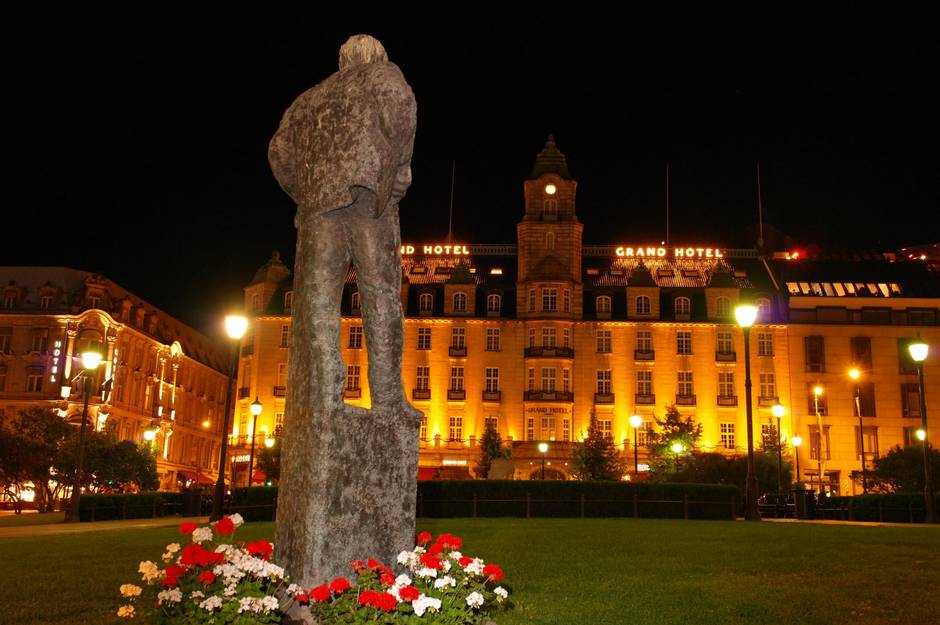 “The identity of a small country is hard to raise awareness about. So, we have skiing and we have books. And, together, we’re an Arctic skiing country with an incredible amount of very brilliant writers, which is a good image to have. It would be sad if they thought we were a bunch of illiterates who only went skiing.”

Leaving the litteraturhuset, if you cut south across the gardens of the Royal Palace – you can watch the changing of the guards each day at 1:30 p.m., or, if you have more time, take a one-hour guided tour – you’ll end up at the Ibsen Museum, a shrine, of sorts, to the country’s best-known writer, playwright Henrik Ibsen, the second-most popular playwright in the world (only the plays of William Shakespeare are performed more). The museum is housed in the apartment where he lived from 1895 until his death in 1906. (His last words were “On the contrary,” said after his wife, Suzannah, told a visitor that her recently ill husband was feeling better.)

The museum features a tour of his apartment, which has been partly restored to its former glory, as well as exhibitions devoted to Ibsen’s life and work. (Turn right when leaving the museum and follow the quotes carved into the sidewalk down to the Grand Hotel Oslo and its historic Grand Café, opened in 1874, where Ibsen lunched each day.)

Head north on Akersgata from the Grand Café and you’ll soon wind up at the Deichmanske bibliotek, the city library. Margaret Atwood was in town the same week as me, dropping off Scribbler Moon, the first instalment in the Future Library project: Each year, a different writer will submit a manuscript that will not be read until 2114. The entire collection is to be housed in a purpose-built room in the new Deichman library, scheduled to open on the waterfront in 2018, next to the Opera House, where a new Munchmuseet, devoted to the work of Norway’s most famous painter, will be built, too. Meaning that there will still be reason for book lovers to visit Oslo a century from now. 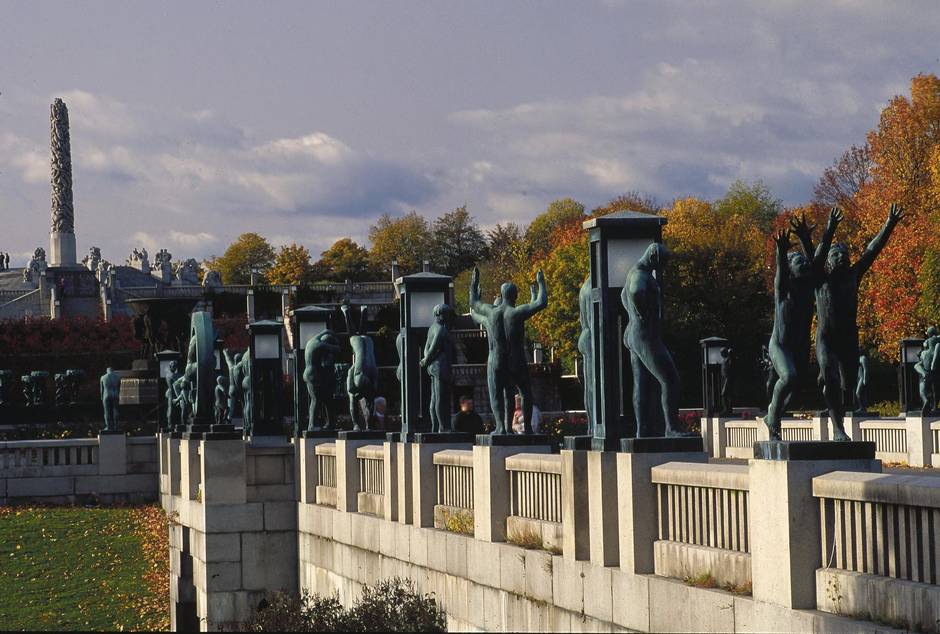 Gustav Vigeland’s bronze statues are one of the city’s most popular attractions. (VisitOLSO/Nancy Bundt)

The centrally located Scandic Victoria (Rosenkrantz’ gate 13) is a three-minute walk from Oslo’s National Theatre, a 10-minute walk to both the Royal Palace and the Ibsen Museum. Want to follow in the footsteps of Harry Hole? Book a room at the Radisson Blu Plaza Hotel, Norway’s tallest building, and featured in Jo Nesbo’s 2000 novel, The Redbreast. Sonja Henies plass 3. From $237 (1,495 Norwegian Krone); radissonblu.no/plazahotell-oslo

If you want to combine dinner with a little sightseeing, check out Nodee Asian Cooking (Middelthuns gate 25), a stellar East Asian fusion restaurant (with a patio to match) just across the street from Frogner Park. If you’re on the Harry Hole diet, try to grab a table at Schroder (Waldemar Thranes gate 8), a traditional Norwegian restaurant (opened circa 1925) that doubles as one of Harry’s favourite haunts.

If you haven’t read any of Nesbo’s books, I recommend starting with The Son, a stand-alone thriller that doesn’t feature Harry Hole. Stop by Tronsmo Bokhandel (Kristian Augusts gate 19), which features an eclectic array of Norwegian and English-language titles. It’s around the corner from the National Gallery.

Mark Medley is The Globe and Mail’s Books editor.

Some of the writer’s travel costs were covered by the Royal Norwegian Embassy. It did not review or approve this story.