Everyone knows Rio: home of parties, teeny bikinis and one of the most gigantic statues of Jesus out there. But how does one describe Sao Paulo? For locals, Brazil's biggest city is a work-hard, play-hard kind of place. (It's here that protests over bus fare hikes ignited nationwide anti-corruption demonstrations.) For visitors, it's more of a mystery, as it tends to conceal its treasures, says Lovefoxxx, the lead singer of the electro-pop party band CSS.

"I think it has many secrets. You definitely should get a friend to show you around," says Lovefoxxx, who possesses something of a Bjork flair and whose band came to fame (and to an iPod Touch commercial) with the single Music is My Hot Hot Sex.

Lovefoxxx – currently touring with CSS to promote the group's fourth album, Planta – tells us the parts of her hometown she would put on a must-see list.

"There's a neighbourhood called Bexiga and every Sunday they have an antique fair. It's mainly stuff for the house. Lots of decorative items, porcelain figures, you know kitschy stuff. It's good to just walk around. This is in the Italian neighbourhood so there are many restaurants. The Italian immigration in Brazil – in Sao Paulo – is big, so it's legit, the Italian restaurants there. The antique fair is held in Dom Orione square."

"I really like Liberdade, the Japanese neighbourhood. It's close to Bexiga. The biggest Japanese colony outside Japan is in Brazil. The immigration happened about 105 years ago, so all the restaurants there are old school. It's the way they serve the sake on that square wooden cup. The food is very good as well."

"There's a nice antique shop called B.Luxo. Their strong point is clothes. They go to Argentina and America to buy vintage stuff and they sell furniture. They are located in a very interesting area: It's Rua Augusta. Augusta is an important street. There are many songs about it. Nick Cave used to live there. And this area where this store is located is where all the underground designers started." Rua Augusta, 2393

Go for a big Brazilian brunch

"There's also a good restaurant called Mocoto. The cuisine is from northeast Brazil. But if you want to go there for Sunday lunch you need to be there before it opens, before noon, otherwise you'll have to wait for three hours. It's very traditional from this area of Brazil. You can have cured meats with yucca. They have pork skin deep fried. A cheese, kind of like a haloumi, but not as salty. It's called queijo coalho. And you can have that with a sugar syrup they make. I think that's the best tip I'm giving maybe." Av Nossa senhora do Loreto, 1100

"A friend of mine renovated a traditional house in Sao Paulo downtown. They're going to have exhibitions and have a silk-screen studio. It's going to be directed to pop art and they're going to open this place with an exhibition from Billy Name who did a bunch of stuff at Studio 54 with Andy Warhol. It's called Plataforma. It's not really a gallery, it's more an art centre, a bit of a learning centre." Major Diogo Street, N. 91

Editor's note: An earlier version of this story contained incorrect spellings of Sao Paulo and Rua Augusta. This version has been corrected. 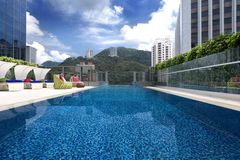 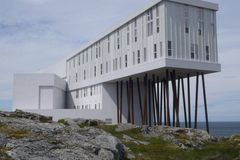 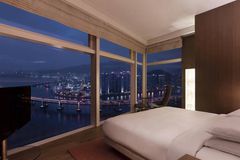