With a wood fire, a handful of juniper, coriander and lemon peel and a German copper pot, Peter Hunt transforms plain grain spirit into the award-winning Victoria Gin.

And he isn't the only Victoria resident in the business of consumable alchemy.

From butchers to bakers, there are a lot of people "trying to really do something unique and creative," says Hunt, a molecular biologist turned master distiller. His family-run Victoria Spirits (victoriaspirits.com) also produces whisky, vodka and bitters.

So where to tap into this current of creativity? Hunt shares five downtown stops to take you from first meal of the day to digestif in an easy walking loop.

"It's a bakery that uses local ingredients and stone-ground heritage flour. They make awesome breads. They make wood-fired pizzas and all sorts of great breakfast foods. Their little canelé are awesome. It's in Dockside Green, just across either the Bay Street Bridge or the Johnson Street Bridge from downtown Victoria. It's a mixed development designed with super green planning that was completed a few years ago." 101-398 Harbour Rd., folepi.ca

"Right beside is a café called Caffè Fantastico. They make great coffee, a lot single origin. It started as just a little coffee cart and has grown into three pretty awesome locations.

"If you're looking for something with more drink options its Tre Fantastico location also has great local beers and our Vic Gin behind the bar. It's located right across from St. Ann's Academy. It's a beautiful spot with a nice little patio." 102-398 Harbour Rd., caffefantastico.com

"If I was walking back toward downtown, I would pop by one of the breweries. There are probably four or five breweries in that area. I'd either go to the Driftwood or Phillips. Phillips makes the wash we use to make whisky. They make some awesome beers. The Blue Buck is a fairly rich beer, you'd find it just about anywhere in Victoria now. One of my favourites there now, too, is the Hop Circle IPA. It's pretty tasty. It does have some pretty powerful hops, really nice and floral, but with a bit of a bite." 2010 Government St., phillipsbeer.com

"If it's summertime I'd go to Red Fish Blue Fish [reopening Feb. 1]. It's in a modified container, right down on the docks. They just make super fresh seafood. If it's winter and rainy, my go-to place is Ferris' which is an oyster bar, but they do a lot more than just oysters. They've got lots of great sandwiches and a kind of ridiculous pulled-pork poutine. And then they've got local beers on tap. It's a nice little place that a lot of locals frequent." 536 Yates St., ferrisoysterbar.com

"In the evening, I'd wander to Little Jumbo, which is a new cocktail bar that just opened up. It has a really great selection of whiskies and a tremendous back bar. They do a lot of cocktails in classic style. Last time I was there, I had a barrel-aged Bobby Burns, which was a pretty awesome little cocktail. It's just a nice blend of some bitters and some whisky. They also have an amazing collection of single malts. It's at the very bottom of Fort Street. You actually have to go in a front door, down a hall, and then you see the sign and the entrance. It used to be an Indian restaurant. There are a lot of great cocktail bars starting to pop up around Victoria. This is the newest one." 102-506 Fort St., littlejumbo.ca 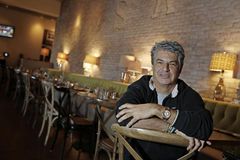 Where to eat and drink like a true Montrealer
September 30, 2013 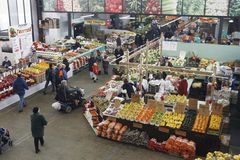 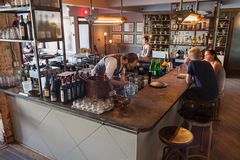