Daikon radish fritters with sesame sauce, beef tartare with preserved egg yolk, confit chicken leg with miso marinated lentils – these dishes would have been unimaginable on a table in Halifax not too long ago. But at Edna, a bistro in Halifax’s North End, they’re regularly on the menu. The communal dining restaurant is at the forefront of the city’s burgeoning new food scene. Aesthetically, it’s like a Montreal bistro with the ambiance of a backyard party in rural Nova Scotia – the decor is urban cool, but the service is true, warm, East Coast hospitality.

Diners sit under globe lights that could be straight from your neighbour’s patio; subway tiled walls and a gargantuan communal dining table repurposed from old barn boards (lit by hanging glass lights, repurposed from old tubes) complete the untraditional look. In the back, antique sewing machines sit high above patrons. It’s a whimsical mixture that results in something new entirely, much like the city’s new attitude toward food: fresher, simpler and more sustainable. 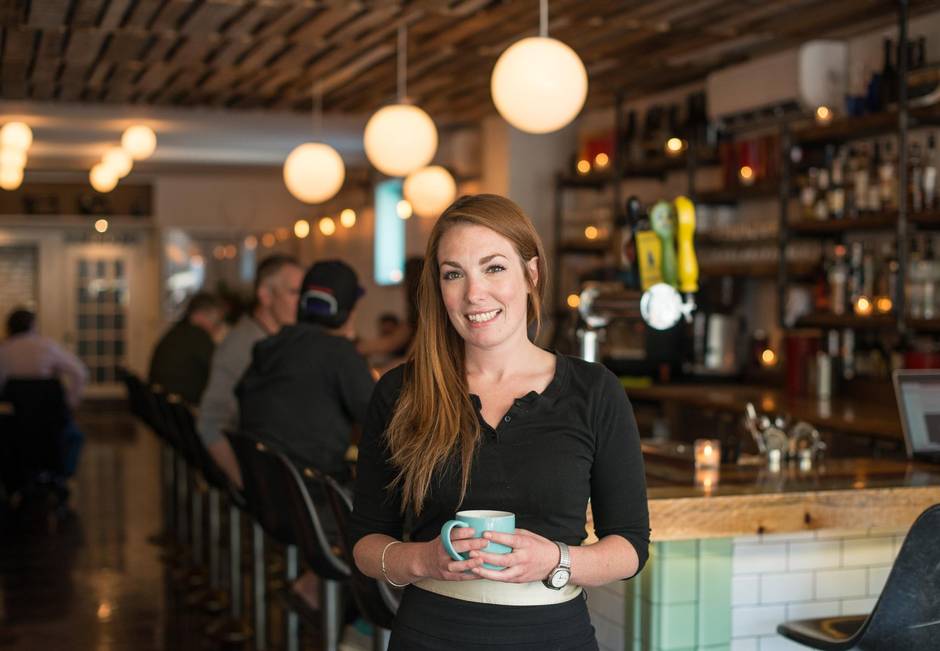 Edna owner Jenna Mooers says support from her Halifax network of friends and family has given her a leg up. (Scott Munn for The Globe and Mail)

“People are becoming more interested in their food. They want to know where it’s from, how it was caught, all of this background information. I think that came out of a lot of factors like environmental issues and health issues, but I feel like it has a lot to do with supporting our local economy,” says owner Jenna Mooers.

She’s the daughter of local restaurateur Jane Wright who ran the influential and forward-thinking Halifax eatery Jane’s on the Common for almost a decade.

Like her mother, Mooers also opened her restaurant in the city’s low-income North End, on Gottingen Street, a neighbourhood once devoid of good eats.

“It was characterized as kind of a food desert,” says Mooers, who grew up in the area. “So I was really excited to be able to offer a place for all the residents in this neighbourhood, to walk somewhere to grab a glass of wine or brunch or whatever.”

Edna is about two kilometres from a downtown still bustling with bland, overpriced restaurants filled with painful culinary stereotypes such as donairs and lobster – not to mention waterfront tourist traps slinging the same old surf-and-turf. 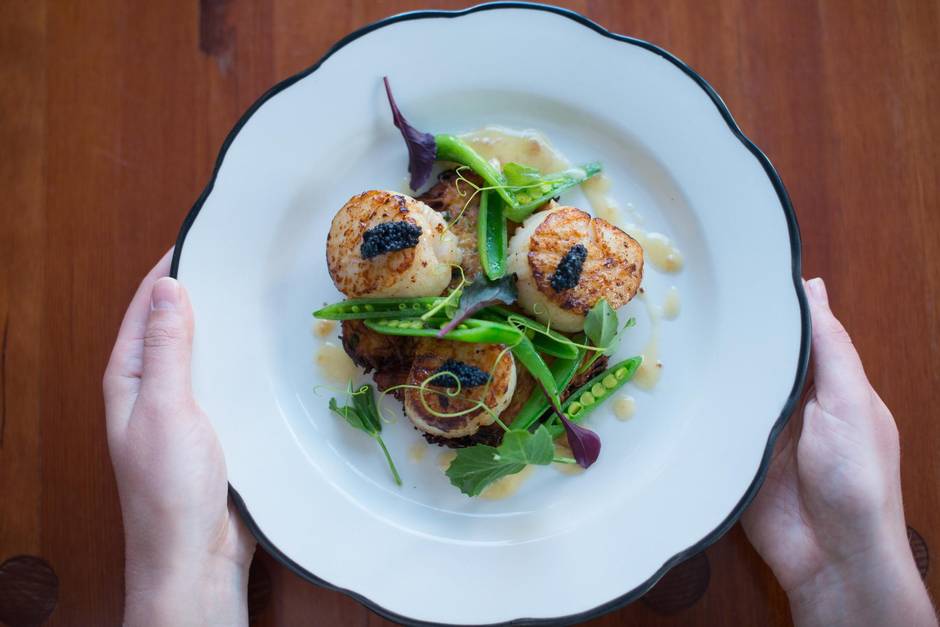 “It was all about big box – fast, packaged and uniform. We didn’t want that,” says Leo Christakos, owner of the Brooklyn Warehouse, also in the North End at the corner of Windsor and Almon streets. His restaurant offers a Nova Scotian spin on classic bistro fare.

Before the Brooklyn Warehouse opened in 2006, finding a restaurant in Halifax that was serving something like tripe or duck fat fries – or even one that would let you bring your own wine – was pretty much unthinkable.

“Even five years ago, if you put fried rabbit livers on your menu, no one would buy it,” says Brooklyn Warehouse chef Mark Gray. “Now we can’t keep enough stock to maintain it.”

These days, Brooklyn Warehouse, and Christakos’s other pride and joy, Ace Burger Company, are staples in the Halifax food scene, along with a handful of other North End establishments such as the vegan kitchen EnVie, and upscale café Lion & Bright.

Ace Burger in particular proves that pub grub need not be pallid, deep-fried nonsense or limp, previously frozen patties. It also proves that if you want to enact change in Halifax, it’s much easier to do it with beer. The transition from big brand restaurants to small and sustainable startups actually owes a lot to the explosion of microbrewing in the city. 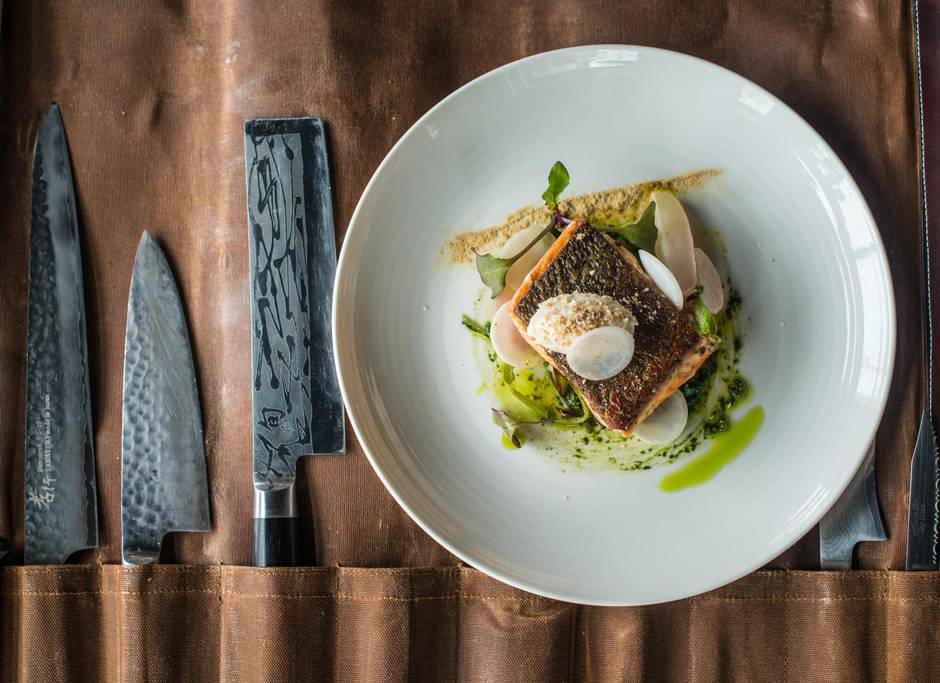 Craft brewers Garrison, Propeller and Granite are well known in Halifax, but two years ago North Brewing popped onto the scene, followed by an influx of hobbyists and beer enthusiasts who saw a market for small-batch, well-crafted beer. This month, Good Robot Brewing Co. opened its doors in (where else?) the North End, and there are several more breweries poised to open in 2015 alone.

All that finely tuned beer opened the door to food- and beer-pairing bistros – establishments such as the quaint, homey wine bar Obladee and the craft beer-crazy pub Stillwell. Suddenly, opening up a fledgling business using local ingredients not only made sense but was totally doable.

But what really sets Halifax apart from culinary juggernauts like Vancouver or Montreal is that small-town sensibility, the sense of friendship and community that’s embedded in the East Coast.

North Brewing owner Peter Burbridge says that it can be tough and expensive for restaurants to import craft beer, so buying it from your neighbours is convenient. Not to mention, people can’t get enough of the stuff. “The bars and restaurants are clamouring for more local beers to put on tap and everyone is excited to see this industry develop,” he says. 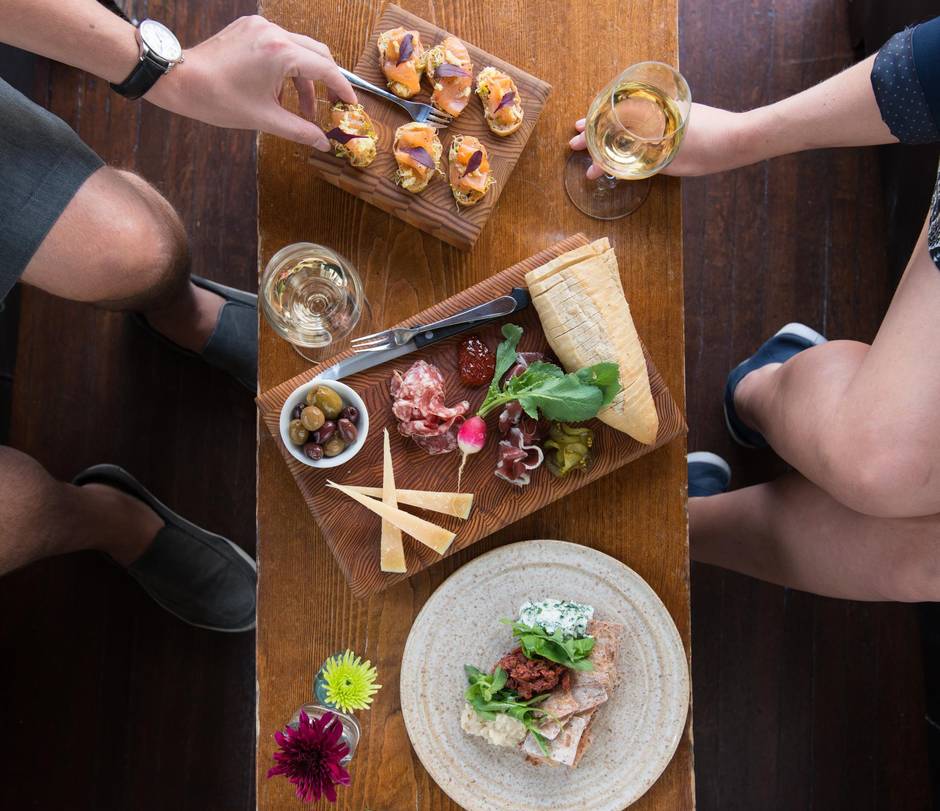 Unwind with a Maritime cheese and charcuterie board at the cozy Obladee Wine Bar. (Scott Munn for The Globe and Mail)

It’s that kind of local camaraderie that’s helped the Halifax food scene the most. Sourcing locally isn’t just about food being cheaper, it’s about helping to bolster the local economy and strengthening Halifax’s culinary identity.

“It seems like pretty much every independent restaurant that’s opened in the last five to 10 years has a focus on local to one degree or another,” says Ceilidh Sutherland, co-owner of Field Guide, a small eatery on Gottingen Street near Edna that focuses on the edible wonders of Nova Scotia.

“… There is a feeling of camaraderie amongst this new generation that is quite exciting – we all want each other to succeed.”

Mooers echoes the sentiment: “In Halifax I have such a supportive network of people that I know, and having grown up here, I just feel like I have such a great leg up.”

So while Halifax may not yet be plastered on the cover of the big name food and drink magazines, the push for better food is working. Now brimming with banh mi and boulangeries, the city is no longer shying away from the culinary potential, it’s embracing it with open arms, open kitchens and a whole lot of craft beer. 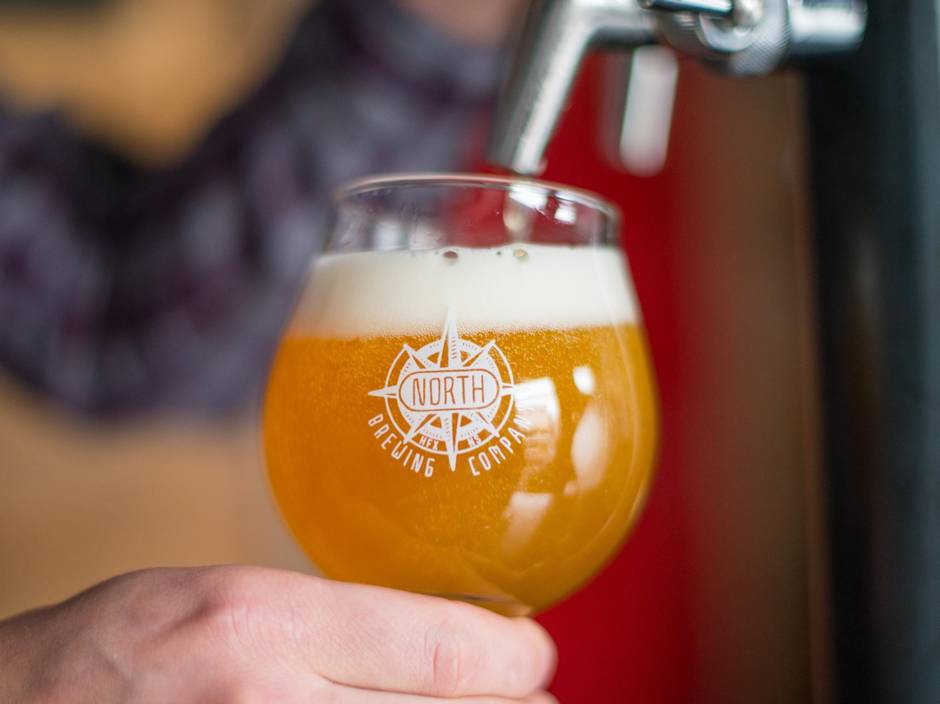 Craft brewers Garrison, Propeller and Granite are well known in Halifax, but two years ago North Brewing popped onto the scene. (Scott Munn for The Globe and Mail)

Get your foodie on

Heading to Halifax this summer? Here’s how to partake in the city’s culinary renaissance.

Downtown Halifax Food Tour: every Sunday and Monday until October. From $40 a person. localtastingtours.com