Staying in a New York bed and breakfast is a chance to visit the city without being simply a tourist. Instead, you see Manhattan as someone's guest, spending your time not just exploring, but learning to be a New Yorker.

But, as New York cracks down on short-term rentals by illegal hotels (designed in part to target the abundance of so-called B&Bs that can be found on the Internet), some of the best bed and breakfast operators are feeling the chill: Some have stopped advertising and some are beginning to limit their guests to 30-day rentals or to people they already know.

It's a shame, for there is no better way to see New York than by staying in a bed and breakfast, especially today, when a visit to Manhattan can feel more like a trip to a glittering urban theme park – safe, bright, homogeneous and really expensive.

My relationship with the Manhattan-style B&B began almost 30 years ago, when, as part of a posse of young Toronto-based journalists, I made regular weekend pilgrimages to New York. In those days, NYC's bed and breakfast network was to the early eighties what the city's speakeasies were to the twenties: Somebody knew somebody who had a number, a call was made and someone was posted by a phone to await a return call.

It was all very clandestine and delicious. We stayed in an exquisite brownstone on the Upper East Side, where we ended up on speaking terms with the friendly doorman and discovered the delights of the all-night Second Avenue salad bars. We stayed in the West Village and roamed Washington Square and were directed to the best coffee shops and jazz clubs. On one occasion, we learned our host's entire life story.

That was then, before the business went legit. A decade ago, when I decided to start taking my teenaged daughters to New York and tried locating one of the elusive B&B middlemen, I was both disappointed and pleasantly surprised to find that the entertaining but complicated underground network had disappeared. In its place, I discovered something better: an upstanding, Internet-advertising, tax-paying, regulation-following network of a few dozen old houses, spacious apartments and artists' lofts located from City Island in the Bronx to the friendly eclectic neighbourhood that has replaced what were once the burned-out streets of Alphabet City. Using websites and Internet review sites such as TripAdvisor, I explored more than a dozen potential bed and breakfasts, talked to the operators of many and narrowed my options down to two or three places at which I and my children now regularly stay. There may be chintz, but it tends to be faded or tasteful. If there are dried flowers, they're from L'Occitane; if there are stuffed toys or chenille bedspreads, they manage to be clever and ironic. Best of all, I have met plenty of journalists, artists and friendly professionals.

This summer, long-time legitimate B&B operators have grown wary. They say they understand the need for some legislation, to curb offenders who subdivide apartments into cot-size cubicles, or who rent out a home to as many as 50 partiers for $30 to $60 a night. And they understand times are tough for the conventional hotel business, which is trying to keep prices high to conform with Mayor Michael Bloomberg's quest to brand Manhattan as a luxury tourist destination. Still, most blame some combination of the big hotel lobby and the proliferation of unregistered guest rooms available through Internet services such as Airbnb (which I would not recommend using, as it strikes me as the 2012 equivalent of the old eighties-style underground network).

"We're not the intended target" of the state's 2011 illegal-hotel laws, says Vinessa Milando, a determined East 58th Street B&B operator who is part of a small but feisty lobby group fighting for exemptions. She estimates that being a target of the campaign has cost her almost $200,000 in the past year, mainly to hire expediters to help her through mounds of bureaucratic paperwork. "A couple of legitimate B&Bs have closed," Ms. Milando says. "People don't want the fight, or the expense."

As a frequent visitor, I hope they stay. It's hard to compare staying in quiet neighbourhoods with people who live in New York and are willing to share, for a fee, their homes and their city.

How to find a B&B

In my decade of building relationships with wonderful bed and breakfast operators, I started on websites, sent e-mails, made phone calls and had many, many conversations. I would never stay any place based simply on what I could find online. Legitimate NYC B&B operators – what the New York Times, in an article about this issue, dubbed the quaint and "quieter section of the hospitality industry" – say that while the Internet was a source of their early success, it is now one of the reasons for the crackdown on illegal short-term rentals. Partly this is because people now use the Internet to list non-existent accommodations, beds behind curtains, or cheap party dorms that stuff dozens of people into apartments or townhouses.

The closest thing New York has to a list of legitimate, tax-paying, bylaw-compliant businesses is the list of those registered with the department of finance as paying hotel and occupancy taxes. Because this is taxpayer, rather than consumer, information, it is protected by privacy rules and is not public. So, for the neophyte visitor starting from scratch, Vinessa Milando of the bed and breakfast lobby group StayNYC recommends BnBFinder.com, the online website and directory founded by New Yorker Mary White, as a source of well-run legitimate accommodations in Manhattan.

Visitors can also contact the Professional Association of Innkeepers International (innkeeping.org), an association founded in 1988 to work on behalf of independent innkeepers – and which is supporting StayNYC in its effort to have New York's legitimate B&Bs recognized as such.

Some of the best B&Bs

Owned/operated by: Robin Hankin and family.

Ambience: Classic brownstone with courtyard; registered as a small guest house, so complies with the new state hotel laws.

Owned/operated by: Pamela and Ronald Wyman.

Owned/operated by: Anne Edris and family.

Ambience: Comfortable, welcoming, full of visual surprises. One hallway wall is covered with a mural made from the owner's grandmother's travel diaries.

(Book early: This is the best place to stay in New York.) 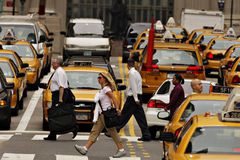 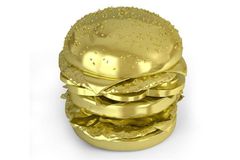 Hide out or hold court in NY's Hotel Americano
April 13, 2017
Follow us on Twitter @globeandmail Opens in a new window
Report an error Editorial code of conduct
Due to technical reasons, we have temporarily removed commenting from our articles. We hope to have this fixed soon. Thank you for your patience. If you are looking to give feedback on our new site, please send it along to feedback@globeandmail.com. If you want to write a letter to the editor, please forward to letters@globeandmail.com.
Comments