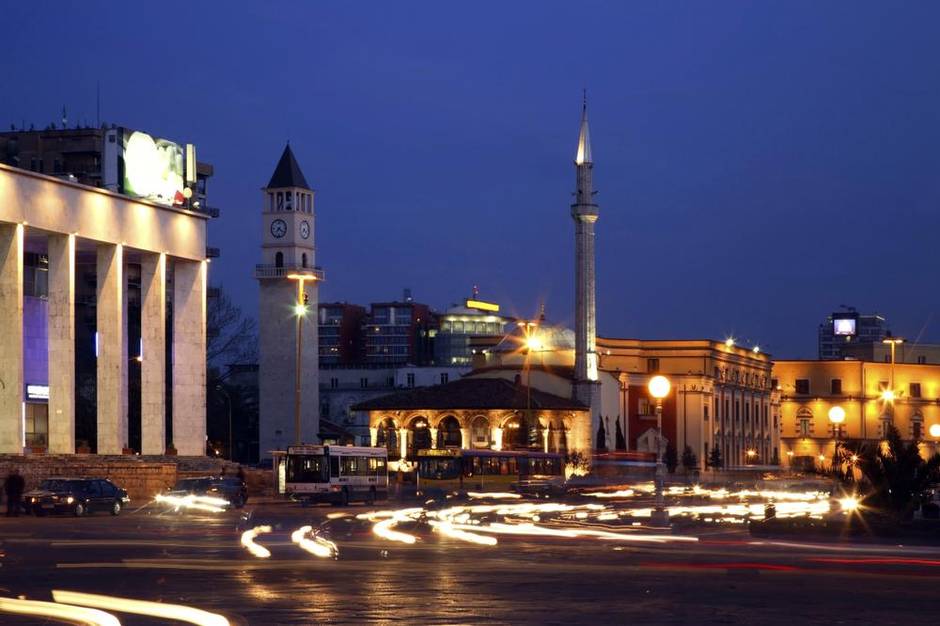 I was at a knock-off fast-food joint eating the worst burger of my life when my whole trip to Albania changed.

Outside, the city of Tirana convulsed in joyous celebration – men and women drunk on raki and dancing in the streets, glorying in a raucous draw earned by the national soccer team against their Serbian archrivals. Inside, I attempted to choke down a fake Big Mac with twin patties that were more sawdust than steer. At the next table, a man munched on a similar burger, his face twisted into a look of disgust, the black and red double-eagled Albanian flag wrapped, like a cape, around his neck and down his back. He asked me where I was from, and where I was going.

When I answered, he immediately started pounding the table. Perhaps it was the passion of the night (or maybe it was a reaction to the bad food), but either way, the man – an Albanian-American restaurateur named Diton Pashaj – was absolutely incensed. “You have come to this country, and you only plan on seeing Tirana and Durres?” he raged, infuriated that my itinerary only included the country’s capital and its closest beach town. “I wish you’d never come at all! You need to see the real Albania!”

Calming down a little, Pashaj illustrated his point by showing me pictures of dream-like places on his phone – photos of aquamarine waters and glowing sunsets over silhouetted islands, destinations well beyond my current plans. I was hooked. 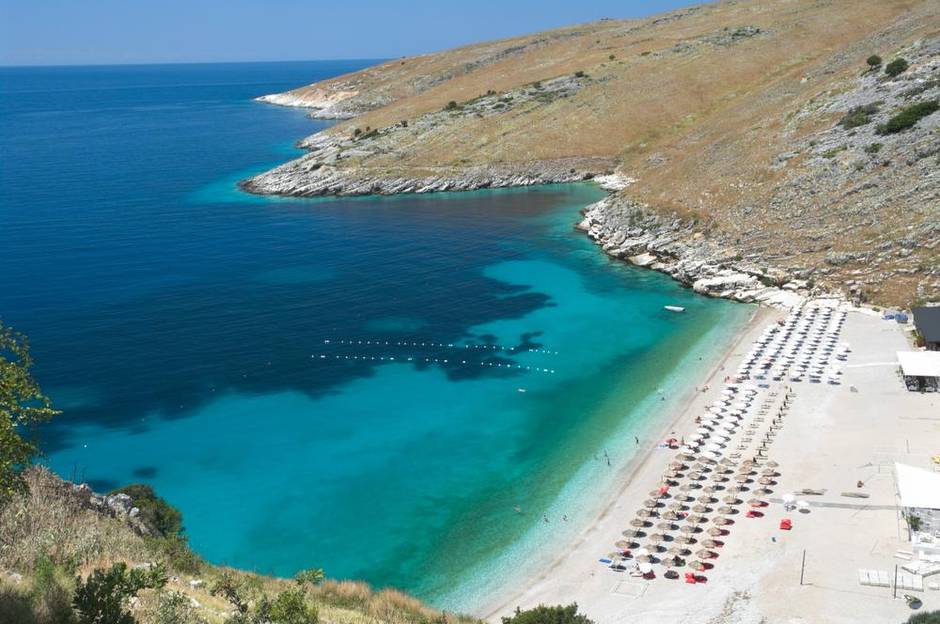 Then he scrawled in my notebook the names of villages, beaches, national parks and archaeological sites – far more “must-sees” than I could ever actually visit – along with his cell number, in case I needed any more advice. The next morning, I followed his directions, turning my entire itinerary on its head. I was off on an adventure, travelling in the car of a stranger to places I had heretofore never heard of, deep in the heart of one of Europe’s most obscure countries.

Long left behind as one of the most backward places on the continent, Albania – a beautiful Mediterranean country located just north of Corfu, Greece, and across a narrow strip of the Adriatic Sea from Italy – is emerging as a prime European beach destination. For decades, the country was beleaguered by the harsh communist dictatorship of Enver Hoxha, a paranoid autocrat who ruled the country from 1944 until his death in 1985. Hoxha spent a fortune of his country’s budget preparing for an invasion that never came, enlisting the entire citizenry in a reserve military force, training 12-year-olds to fire rifles and building more than 750,000 concrete bunkers – one for every four Albanians, 24 per square kilometre – all for no apparent reason.

The legacy of these years is high levels of government and commercial corruption, unemployment and rural poverty. But things are changing, as the country welcomes investment from abroad, builds seaside resorts and new hotels, and integrates with the rest of Europe. Just this past summer, it was granted EU-candidate status. Albania has also seen a recent but significant influx of tourists, attracting sun worshippers seeking an unspoiled stretch of the Mediterranean, along with travellers curious about the country’s fascinating past. 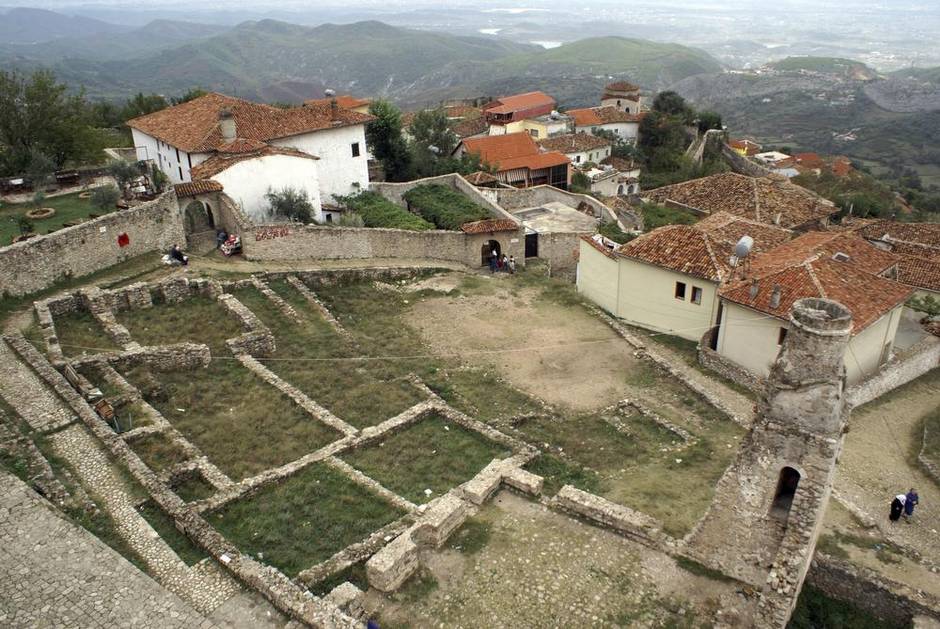 The outskirts of the town of Himare. (Seth Kugel/NYT)

I spent the initial days of my trip wandering the streets of Tirana, a slightly raffish city of about half a million. I took in the black, intimidating statue of Skanderbeg, Albania’s national hero, as well as a weird and now derelict pyramid designed by Hoxha’s daughter, which housed a museum in his honour until 1991 (it’s now empty). I devoted an entire morning in the country’s remarkable national museum, which houses a cross-section of collections showcasing Albania’s long history, including mosaics and statues from antiquity, items from communist prison camps, a piece of the cord used to pull down a statue of Hoxha and a tribute to the country’s most famous daughter, Mother Teresa.

The morning after my fateful, fast-food meeting with Pashaj, I set off for the coast. After hiring a taxi driver with an honest face and working out a reasonable rate, I headed west, arriving a few hours later in the coastal city of Vlore, passing its broad sweep of beaches and heading south to Hotel Liro, a place from Pashaj’s pictures. We initially drove right past: The only sign of it was a small doorway next to the road. When I walked through the door, I found a small elevator, which descended into a hotel built into the side of a cliff, where every room and public space faces out to a panorama of the Adriatic. 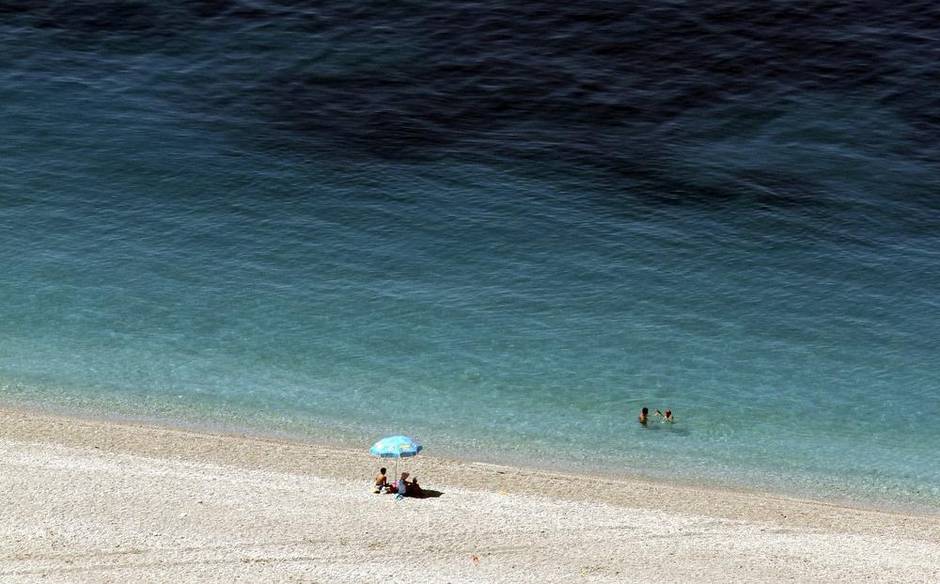 After enjoying a dip in the clear, blue waters below and watching the sun set over a nearby island, I went down to the bar and chatted with a young man named Genti. The nephew of the hotel’s owner, he told me that he was named after the last king of the Illyrians (predecessors of modern-day Albanians), and had just returned to his home country after almost a decade in London. He noted that the hotel is seeing plenty of foreign tourists – Russian, Chinese, Canadians. “Things were bad after the end of communism, but now we are rising,” he said, with a look of satisfaction. Like Pashaj, he asked me where I was going in Albania and grew incredulous when I told him. “That’s only 5 per cent of the country!” he exclaimed, rhyming off a number of other locations for me to visit.

To help, he connected me with a family friend, a retired officer from the Albanian Armed Forces, who offered to show me around the next day. After picking me up in a well-polished, late-1980s Mercedes, the man told me in broken English about his days in the “military army,” mentioning more than once, with a huge smile, “I was Major!” He drove me around the countryside, introducing me to a number of his friends in nearby villages, including a restaurant owner and a farmer whose sheep grazed in the shadow of a giant mountain range and around an old domed bunker. 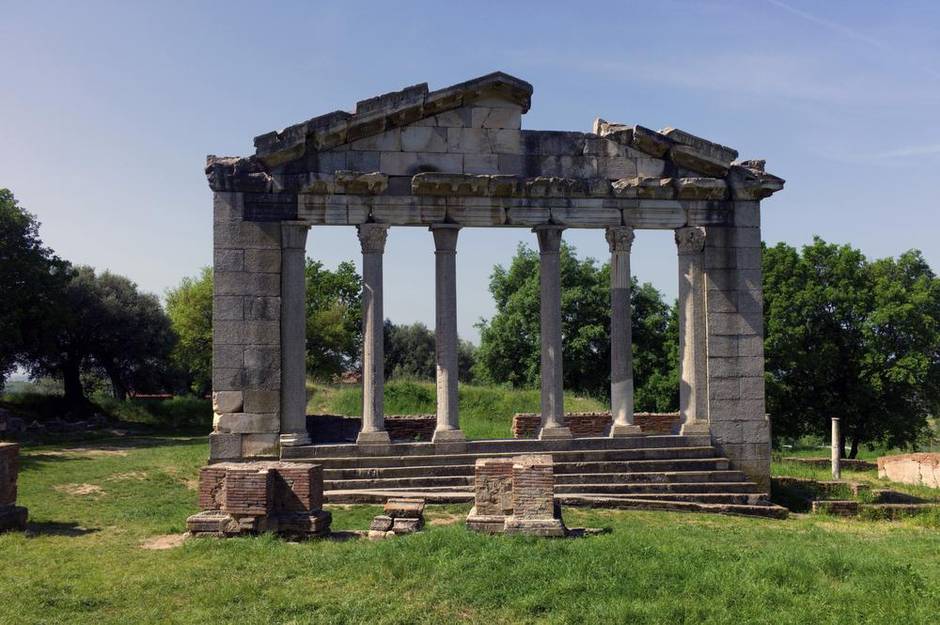 After visiting an overlook near the village of Orikum, where we took in the view of a Byzantine church, we doubled back north to the ruins of Apollonia. Founded around 600 BC by the Greeks and expanded by the Romans, it was once a prominent Illyrian city – and one of the most important centres in the ancient world. I plunked down 300 lek (about $3) and wandered the relics, which signs – posted in Albanian, English and French – told me had been restored by the government of France in the 1930s.

I was the only visitor. Unencumbered by ropes, rules or onlookers, I wandered slowly through what was left of the ancient temples, stores, porticos and obelisks, even taking a break to sit on the tiers of the half-circle Odeon theatre. The place rivals other, major archeological sites I have visited in Turkey and Greece – attractions invariably teeming with tourists. Looking over the surrounding countryside, I saw, on one side, the shimmering line of the Adriatic shore, and on the other, terraced fields, olive groves and a shepherd driving his sheep to greener pastures – the scene marred only by the gaping mouths of four grey, square bunkers, built into the side of a large hill. In a few years, I mused, this place may be swamped by visitors. Listening to the chirping of the birds and the faraway bleating of sheep, I was happy to have the place to myself. 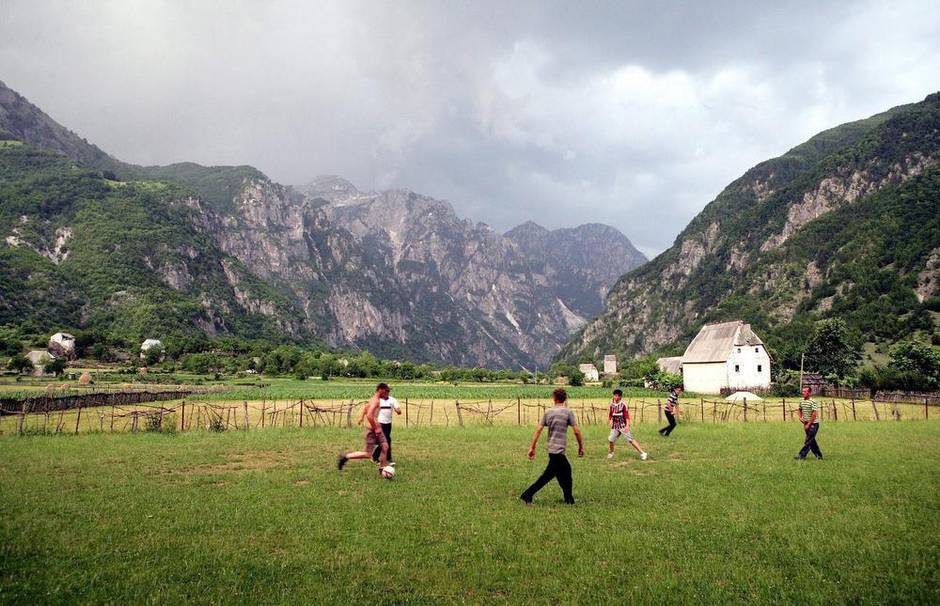 The Sheraton Tirana Hotel offers solid accommodations, including club-level rooms, business facilities and a fully equipped gym within walking distance of the capital’s main attractions. The hotel also provides some respite from the crowds, set in a green space that overlooks a lake and a national park, right on the edge of Mother Teresa Square. Rooms from €82 ($115); sheratontiranahotel.com

Built into the side of a cliff, Hotel Liro offers amazing views of the Aegean and a small beach, which grows and shrinks with the tide. It also boasts good on-site dining, a seaside pool and concierge services to help arrange activities and tours. From €40 ($56); www.hotel-liro.com