I first spotted him in the corner of the bar as I was ordering a preprandial Bushmills. He was just standing there, off to the side, glaring at his cellphone. Dressed in dusty jeans and a blue work shirt, he stood out from the rest of the five-star crowd at the Lough Erne Resort.

I saw him again on the stairs on the way up to my room, then out on the lawns – as profoundly green as you'd hope – and when I met with general manager Ferghal Purcell in the library to discuss how Lough Erne is preparing to host the G8 summit June 17 and 18.

Purcell noticed me looking over. "He's checking cell coverage," he said. When leaders of the eight richest countries gather to discuss the world's troubles, apparently there can be no corner, no back room, no closet where you can't make or receive a call.

Boosting cell and WiFi coverage was just one of many improvements this 243-hectare, 120-room Northern Irish golf resort made in the preceding weeks. Since Lough Erne was built in 2007, you wouldn't think much would need doing. But when Harper, Obama, Cameron et al. come to call – the world's press in tow – you want to up your game.

"It's like your mother-in-law coming to visit," Purcell says. "It's never good enough."

But Purcell also put his staff of 180 through what he calls "cultural awareness training." Though he wouldn't go into specifics, I'm guessing there'll be no war jokes around German Chancellor Angela Merkel and no mention of "bunga bunga" within earshot of Italy's Prime Minister Enrico Letta.

In the big picture, a hotel hosting a G8 is much like a city getting the Olympics: Infrastructure investments for a brief event can make for long-term improvements and general prosperity.

That would be good news for Lough Erne, which despite its Nick Faldo-designed golf course and Edenic location, hasn't done so well during the recession. It went into receivership in 2011 and is currently for sale.

It would be great for the whole area, actually. This part of Northern Ireland hasn't yet dispelled the shadow of the Troubles in the minds of tourists. (Enniskillen, the nearest town, was the site of one of the last and worst attacks, known as the Remembrance Day bombing.) But it's an attractive part of the world, and one that deserves more positive attention than it gets.

If the leaders venture off the resort grounds, they'll see a town in its Sunday finest. Two weeks ago, storefronts were being repainted and façades replastered, and vacant stores had photographic murals of cafés and butcher shops put in their windows so they looked occupied.

If they're up for some fun, the politicians should consider stopping by the slightly ridiculous but thoroughly charming Headhunters Barbers Shop and Railway Museum on Darling Street, where the townsmen get clipped in the middle of a huge collection of train memorabilia.

Past the main strip, you can board a boat and enter the lough system – a trip which, being one of the main attractions in the area, the leaders or their entourages are almost certain to make. The first thing you'll see on your left is the Royal Portora School, where Oscar Wilde and Samuel Beckett went. Half an hour along is Devenish Island, where St. Molaise founded a monastery in the 6th century and a picturesque 16th-century tower stands among the ruins of several stone buildings. From there, the ride is another 30 minutes – these days past patrolling police boats and newly installed surveillance cameras on the shores – to the resort.

Inside, everyone's too busy making last-minute preparations to worry about what's going on outside. The cellphone checker is now in the Thai spa, perhaps making sure Russian President Vladimir Putin will be able to make a call while he gets a scalp massage, and Purcell is scuttling about making sure everything's where it should be while evincing just the slightest hint of angst.

"For us it's a great honour and we want to bask in the glory," he says. "And please god everything will go to plan."

Getting there: Though no Canadian airline flies to Belfast, both Air Canada and Air Transat fly from Toronto to Dublin, which is about a two-hour drive from Enniskillen.

Where to stay: Rooms at the Lough Erne Resort start at about $250 a night. If you're coming midweek this summer, book the two-night "Follow the Leaders" package, which includes breakfast and one dinner from £155. lougherneresort.com

Where to eat: The Lough Erne's own Catalina restaurant, though oddly named, does a good job of whipping up local ingredients into credible examples of modern cuisine. The leaders will be having the Kilkeel crab salad, followed by lamb rump with Fermanagh carrot, finishing off with some Fivemiletown Ballyblue cheese.

Where to drink: Try the William Blake pub in Enniskillen. Head upstairs and settle into one of the cozy snugs. 6 Church St.

The writer travelled courtesy of Air Transat and stayed courtesy of Tourism Ireland. Neither organization reviewed or approved this article. 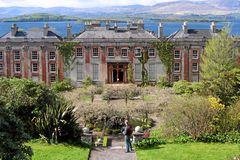 Why Belfast is worth the trip across the Atlantic
December 3, 2012 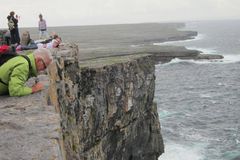