"What did I do?" I asked my Berliner friend, slightly scathed by what sounded like insults pouring my way from a skinny bearded passerby. The "Berliner schnauze" (Berlin "snout," or attitude) had poked its way into my last, idyllic afternoon in the city.

"Oh, he's probably upset because you're speaking English on the street."

Suddenly, I realized that although I'd spent some of my past five weeks in Berlin's Mitte district – the heart of the city, filled with tour buses – I'd heard more English here in Neukoelln, a district of the former West that guidebooks omitted until a couple of years ago.

Blame the "EasyJet Set" (named for the discount British airline) and the hordes of lifestyle hunters chased out of other world art capitals by impossible rents. All had a role in transforming this former working-class 'hood to a hub of transnational cool.

Neukoelln Nord, the northern edge of the southeasterly district, is achingly hip. Turkish smoking spots and dank wine cellars are closing to make way for ugly/pretty bars and stores selling ceramics and upcycled objets. Ice creameries and €1,000 ($1,450) strollers are mushrooming, just as they did 10 years ago in Prenzlauer Berg, the district in the former East that became a byword for child-centric gentrification. So far, the mix is intriguingly unpredictable: Rents are low enough for artists to live and set up shop, but expensively trousered foreigners are also keen to soak up the vibrancy.

For the visitor who loves people-watching, markets, art, bars and café culture, Neukoelln is the most magnetic district in Berlin.

The U8 subway from Alexanderplatz stops beneath Turkish-inflected thoroughfare Kottbusser Damm, at Schoenleinstrasse. Take the southeast exit and walk east along Burknerstrasse.

Two thirds of a block toward the Landwehr Canal, in a basement on the south side of the street, is Fahrradsalon. Here, you can pick up a bike for €8 a day (but distances are short enough to cover on foot).

From Burknerstrasse, turn right (south) on Hobrechtstrasse; three blocks down, turn left on Lenaustrasse. At the next corner on your right, at Friedelstrasse, is Berlin Brezel Company, also known as bakery heaven. Split the "breakfast for two" – a platter of cheeses, meats, egg, olives, salad, served with wonderful rolls – even if there are four in your party. Wash it down with great coffee or rhubarb juice.

If it's a Tuesday or a Friday, shop the Turkish Market (between Hobrechtstrasse and Kottbusser Damm), an intense mix of produce, bread, spices, housewares and crafts. If biking, lock up your ride: Do not walk it through the heaving throngs pushing shopping trolleys.

The Nowkoelln Flowmarkt (nowkoelln.de), happens on the other side of Friedelstrasse. This newcomer to the Berlin flea-market scene is already the best, with lower prices and higher quality than you'll find elsewhere. It's a superb spot for high-quality kids clothes sold by friendly mothers who could moonlight as catwalk models.

The Reuterkiez (the neighbourhood surrounding rose-covered Reuterplatz) makes for fascinating wandering. It leads nicely to Weserstrasse, Neukoelln's main hipster strip. Head southeast, and enjoy the giant plastic frogs guarding the playground at Rutlistrasse, or check out the many vinyl, vintage and housewares stores. Let Them Eat Cake, at Wildenbruchstrasse, is run by a Swede who edits her vintage clothing selection tightly.

Turn left on Weichselstrasse. Two blocks takes you to an enclave bounded by a basketball/soccer/skater park and the canal. You'll find Rudimarie, a sweet café that's perfect for a light soup or salad lunch, and excellent espresso at the sister café next door.

Or stay on Weserstrasse and hop its famous bars. Tier, with its elegant 1950s interior, is the perfect choice on your way back up to the Reuterkiez. (Try the rosemary gimlet.) A block later is Holz-Kohlen: friendly staff, lovely cocktails. Continuing back, linger over a glass at Vin Aqua Vin, between Pannierstrasse and Nansenstrasse.

On your way back toward Reuterkiez, turn on Weichselstrasse from Weserstrasse to find o.T. Projektraum, a gallery space with frequent presentations, artist talks and a bar (otprojectspace.wordpress.com). A stone's throw west on Reuterstrasse, south of Karl-Marx Strasse, is Holz Kohlen Koks, another respected performance space/gallery.

A 10-minute bike ride down Sonnennallee takes you to the vestiges of idyllic Rixdorf, the original town from which Neukoelln grew. The hub is leafy Richardplatz, from where you can prowl around the cobbled streets, still home to the old village church and sweet country cottages. The Alt-Rixdorf Christmas Market (Dec. 6 to 8) alone is worth the trek to Richardsplatz. The scene is pure storybook nostalgia: handicrafts, baked goods, Rixdorfer specialties such as schnapps and even pony rides. Cold feet? Head for the blacksmith's shop.

Pizza Casolare isn't in Neukoelln, but just across the border with Kreuzberg, where the canal meets Grimmstrasse. "Run by Italian anarchists," as everybody will tell you, Casolare specializes in note-perfect pizzas, pasta and – if you're lucky – melt-in-the-mouth seafood. On chilly nights, dining indoors by candlelight manages to be both rough around the edges and heartwarmingly cozy. While not technically Neukoelln, it's still a perfect perch from which to reflect on the neighbourhood's new scene.

These hotels offer easy access to the heart of Neukolln Nord.

The Huttenpalast Hip, intriguing, quirky and right in the centre of Neukolln's burgeoning scene, this totally original space centres on three converted caravans and three little huts in a spacious, warm warehouse space. Lofty, contemporary-cool hotel rooms are available, too. Rates from €65 ($94); huettenpalast.de.

Hotel Johann Each room at this small independent hotel is different. Bonus: It's just 10 minutes by bike from Neukolln Nord. Rates from €72 ($103); hotel-johann-berlin.de.

Hotel de Rome This romantic hotel situated in the heart of Mitte overlooks the storied Bebelplatz. A cocktail on the rooftop terrace is expensive but unforgettable. Rates from €400 ($576); hotelderome.com.

Editor's note: An earlier version of this story contained an incorrect conversion on the stroller price. This has been corrected. 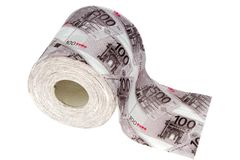 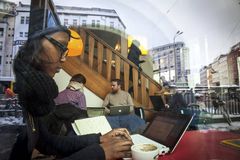 Touring Berlin’s culture, cuisine and coolness - with the help of a few locals
July 14, 2012 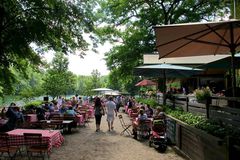 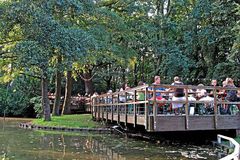