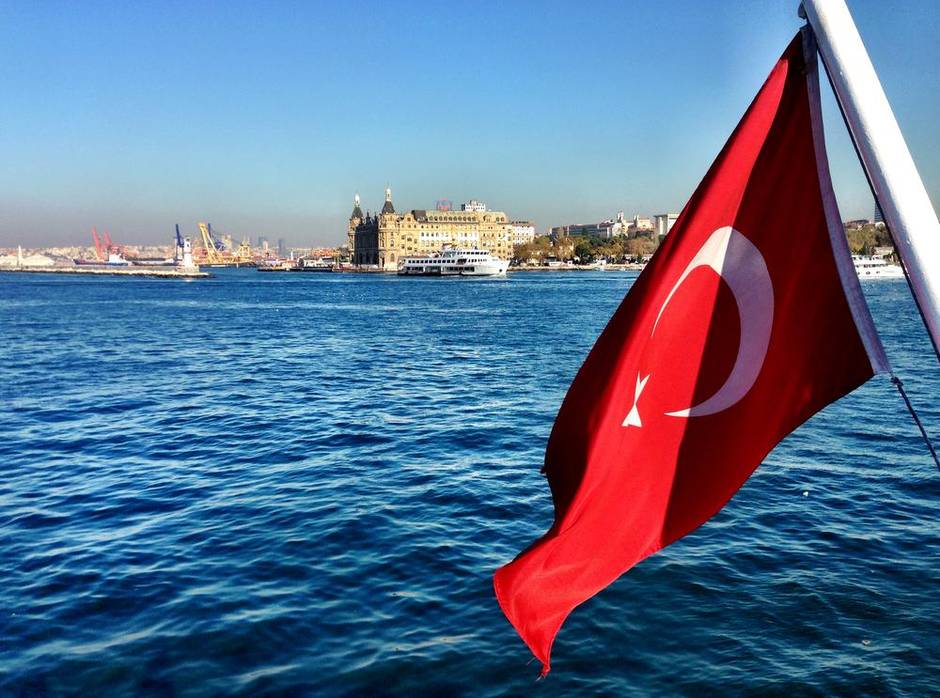 When I first crossed the Bosporus by ferry, I knew I’d made the right decision.

It was my second visit to Istanbul. Like every other tourist, I had, by that point, seen the city’s many sights: Hagia Sophia, the spice market, the archeological museum, Topkapi Palace and so on. I’d developed an appreciation for the city’s storied history and spectacular art, but I’d also been exhausted by crowds, lines and souvenir sellers.

In other words, I was ready for the local’s Istanbul.

Which is how I found myself, one brisk February day, on a ferry from the Golden Horn port of Karakoy, just down the hill from the Galata Tower. Destination: Kadikoy, a large district located on the Bosporus’s Asian side. On the upper deck, commuters in sharp business jackets and leather shoes ignored the panorama that fell away behind us – the Galata Bridge, Topkapi Palace, a ridge of domed mosques – as we churned across bright-blue water. A tea seller came past with a platter of glasses. “Cay, cay,” he called. 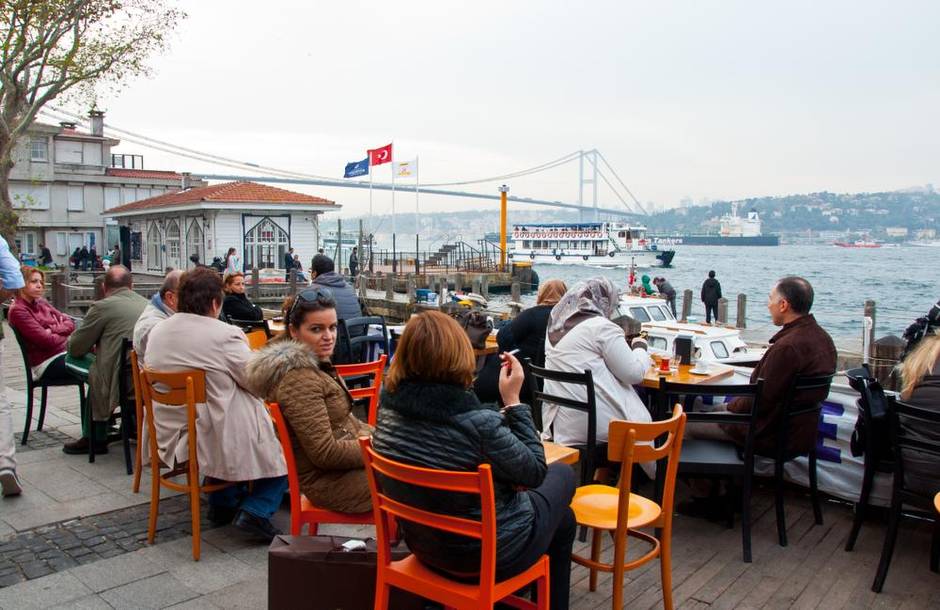 For the 20-minute ferry trip alone, I would have paid the three Turkish lira token (about $1.50). The streets in Kadikoy, overlooked by modern buildings, bustled – not like they do around the Grand Bazaar, with tour groups and guidebook-toting visitors – but with business people grabbing lunch, students on their way to class and old women hefting bags of eggplants and walnuts at the outdoor street market. It was like the difference between Midtown Manhattan and Brooklyn: People seemed a little more relaxed.

Friendlier, too. When I stopped at one point, map in hand, a little befuddled, an elderly street vendor asked if he could help. Since I spoke no Turkish, he grabbed a passing university student. The student spoke enough English to not only give me directions, but to accompany me to my destination, 10 minutes out of his way. “I like this side more than the European side,” he told me as we walked. “Over there, it feels more stressful. There are so many people, and everyone seems to be rushing to work.” Around, say, the Grand Bazaar, I’d have been on my guard: It’s not uncommon for such kindness to be the lead-in to a scam. Here, when I offered to buy the student a coffee or lunch as thanks, he smiled and refused. 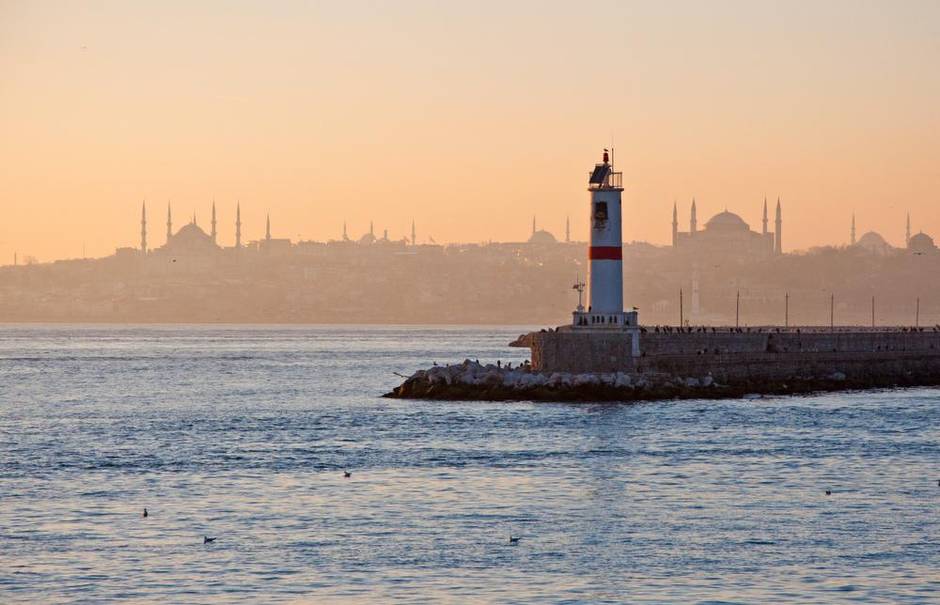 When I returned to Istanbul in the fall, I knew I wanted to spend more time exploring the Asian side. Yes, “attractions” were more spread out here than in European Istanbul. But after so many mosques and museums, I wanted a real taste of everyday life in the city.

Luckily, I was staying with an old friend, Elif, who lived there with her husband, Mert. He was born and bred on this side of the Bosporus. Both were determined that I saw the finest gems on their side of the city.

On a drive on my first night, we headed north along the coast, passing under the flashing, Technicolor lights of the Bosporus Bridge, one of the major (and most traffic-clogged) links between the continents. Within minutes, it felt like we’d left Istanbul behind: We would drive through darkness only to come upon a bright spot of a village, and then plunge into darkness again. Today, the villages are “neighbourhoods” that have been incorporated into the 14-million-strong metropolis. The Asian districts of Kadikoy and Uskudar were founded by Greeks in the seventh century BC. Until the mid-20th century, these areas – today home to half a million people each – were quiet seaside outposts, well beyond the city’s reach.

Which may explain why Kadikoy and Uskudar are so different, not only from the city’s European neighbourhoods, but from one another. Kadikoy has Western chains (hello, Starbucks!), funky boutiques, lively bars and trendy restaurants. One day, Elif and I had lunch at Ciya Sofrasi, so famous for its southeastern Turkish cuisine that it has write-ups in The New Yorker, The New York Times and Lonely Planet. Another night, we explored Kadikoy’s Barlar Sokak (“Bar Street”), a fluorescent-lit mishmash of hole-in-the-wall pubs, trendy bars and tattoo parlours. 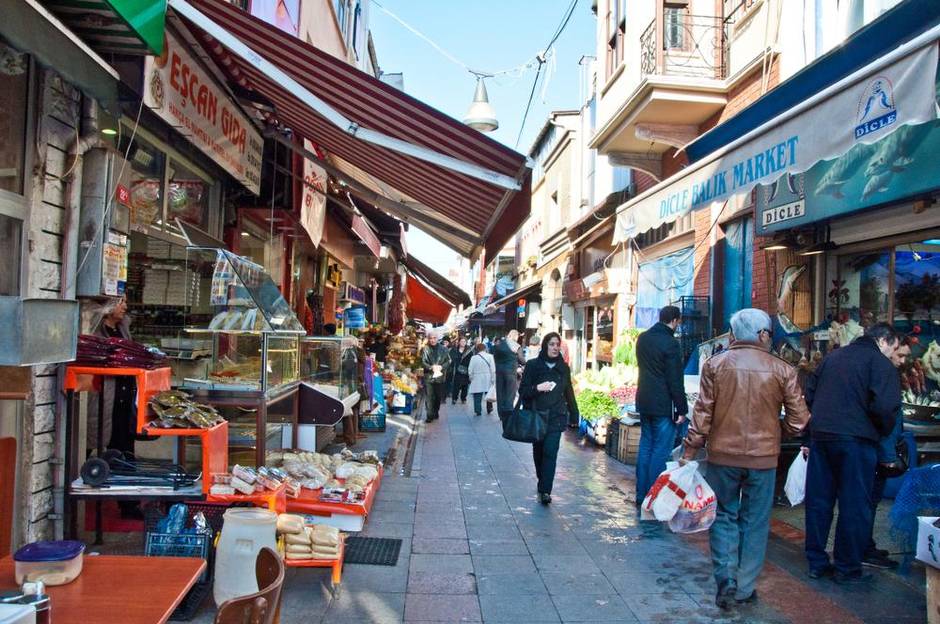 Abutting all of that youthful vibrancy next door is the more traditional Uskudar. Here, the symbols of religious conservatism in Turkey, such as head scarves and beards, surged. Mosques were everywhere, too: Uskudar has some of the city’s finest, including the Atik Valide Kulliyesi, the last masterpiece of Istanbul’s prolific architect Mimar Sinan. When the muezzins called the faithful to prayer – each mosque’s call layering over the others in a soothing cacophony of sound – the market all but emptied.

At the edge of Uskudar, we stopped in the tiny neighbourhood of Beylerbeyi, named after its opulent 19th-century palace. The waterfront of Beylerbeyi, like that along much of the Asian side, was spared the overdevelopment that scourges the European coastline. Many of its wooden waterfront houses remain intact, its harbour quaint. At one of the seaside cafés, bundled-up locals sipped cay and watched Turkish youth parade by, singing their football team’s anthem; when the boys came across a young couple taking wedding photos, they changed their tune, breaking into a traditional wedding song. Outside a mosque, volunteers handed out asure, a sweet, pomegranate seed-studded pudding of grains and rosewater, for the Ashura holiday. 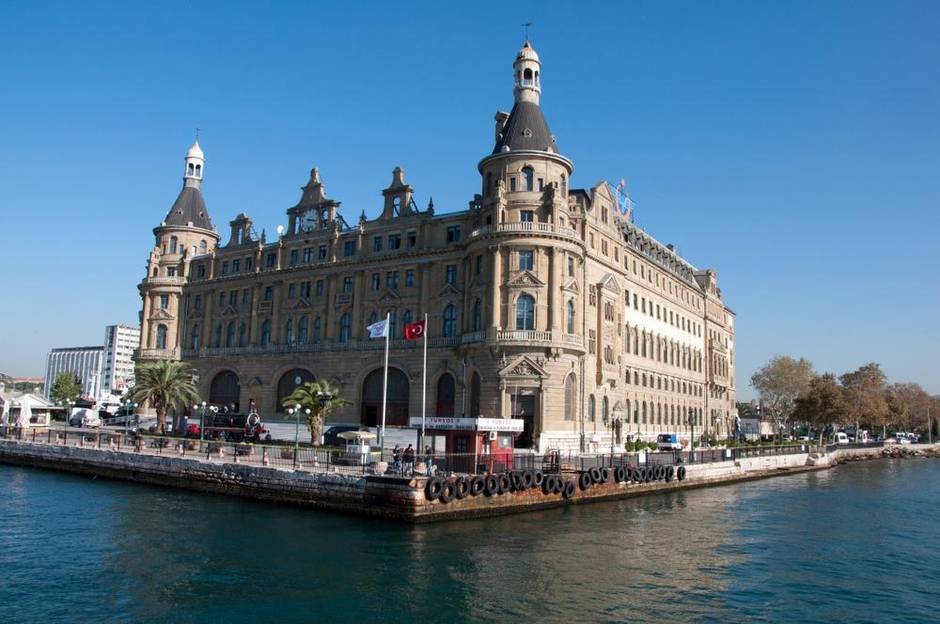 Another 10 kilometres north, in the sleepy village of Kanlica, Elif and I tucked into a window-side booth at Asirlik Kanlica Yogurdu and ordered the restaurant’s famous specialty. I sprinkled powdered sugar across the tart, absurdly creamy yogurt, as the sky turned velvet-blue over the Bosporus. Chatting with an old friend, I felt something that even a Michelin-starred restaurant can’t always deliver: a sense of pure decadence.

The European side could keep its spectacular museums and ruins and mosques. Here, across the Bosporus, it was still easy to find those quiet, lovely moments of connection to a place and its people.