As our car hurtled over a dirt road along a coastline rugged with limestone, jagged with mountains and spotted by mahogany-brown cows, I felt glad I was with a local. 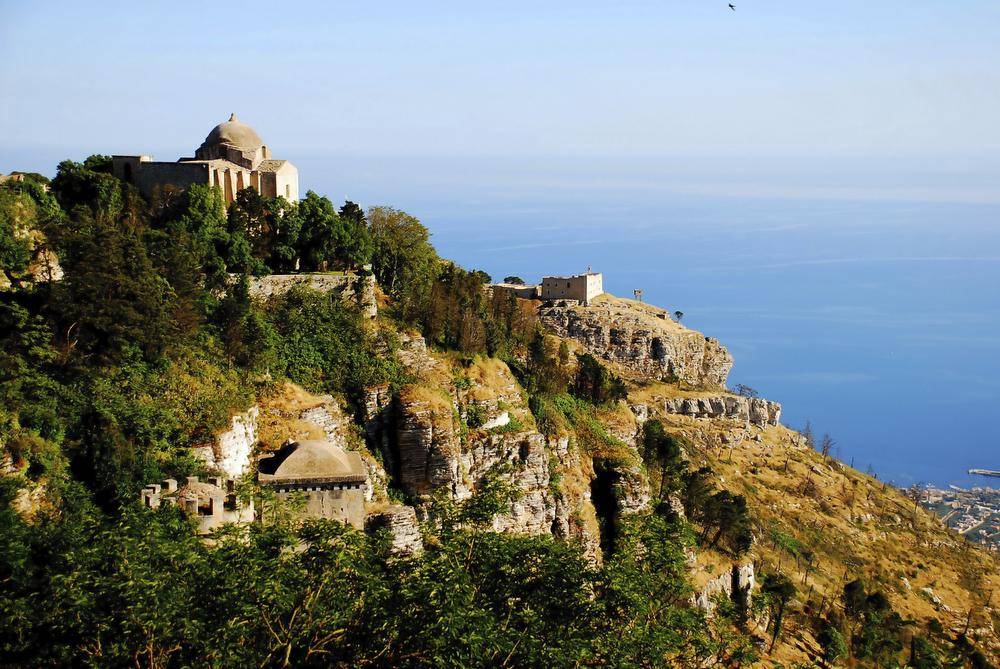 Not just because my friend knew, like any born-and-bred Sicilian, how to handle a stick shift on the area’s unpaved roads. Not just because she’d known to stop at a little forno off the highway where we purchased pane cunzato, the local sandwich of fresh-baked bread, olive oil, oregano, tomatoes, mozzarella and anchovies, that we carried in a paper bag, to be devoured when we sat on the rocks. But because it was thanks to Clio that I was here to begin with.

I’d been to Sicily several times. This, however, was my first trip to the island’s little-known, northwest tip, a 100-kilometre curve of coast within the province of Trapani. If tourists come here, it’s usually to make the 11/2 hour, 100 km drive west from Palermo to the famed white beaches at San Vito lo Capo. But it was the height of the August holiday, Ferragosto, and we had no plans to head to a place where, by this time of year, the water was aqua, the sand white and the beach towels edge-to-edge.

Instead, Clio promised me, where we were going would be even better.

When we pulled to a stop, we were the only car in the tiny, unpaved parking lot. We headed into the 537-hectare Riserva Naturale Orientata Monte Cofano on foot. Although people first settled here back in 12,000 BC – as evidenced by the discoveries of Paleolithic flint and graffiti in the reserve’s Grotta Mangiapane – the only traces of civilization today are crumbled remains of ancient Punic-Roman walls and a couple of 16th-century towers. 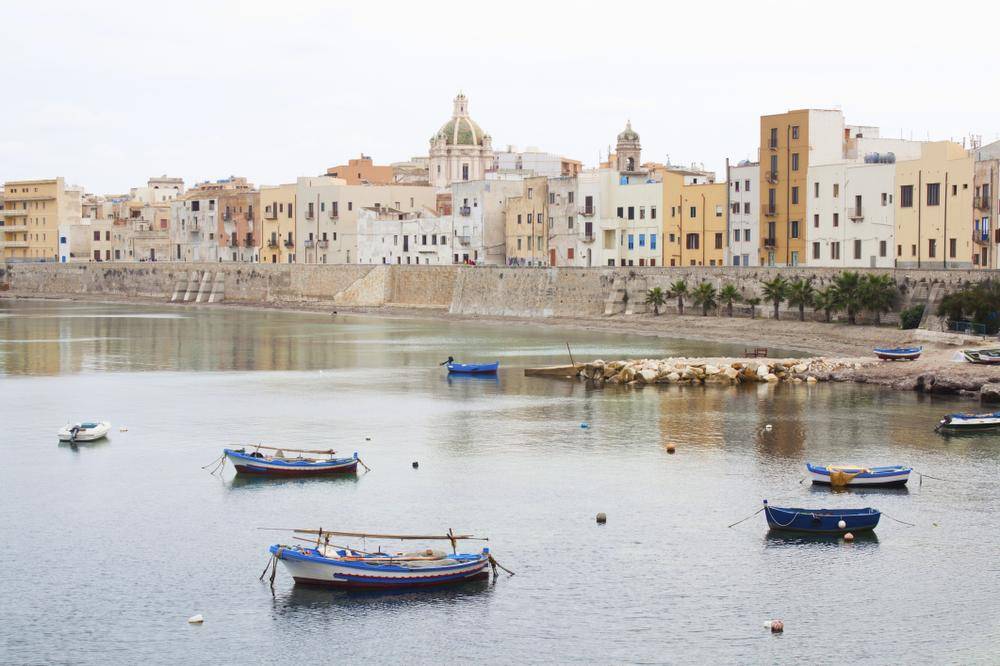 The seafront of Trapani in Sicily. (Getty Images/iStockphoto)

In the shadow of one of the towers, built to defend the coastline against Saracenic pirates, we dipped our feet into a tidal pool and listened to the chop of the waves.

The nature reserve is only one gem that most tourists miss by skipping over this section of Sicilian coast. Even Trapani itself, a coastal city of about 70,000 and the province’s capital, charmed me. Much of Trapani was bombed out by the Allies during the Second World War; today, only the heart of its centro storico, with its baroque palazzos and cobblestone streets, shows how lovely the entire city must once have been. Today, plenty of more photogenic, attraction-filled cities elsewhere in Italy outshine Trapani. But that is exactly what I loved about the town: It wasn’t made for postcards, it was made for living. From the looks of the families going for passeggiate (evening strolls) as the Sicilian sun set, to the old men playing cards outside of cafés who greeted us warmly as we passed – it was living in a way I admired. 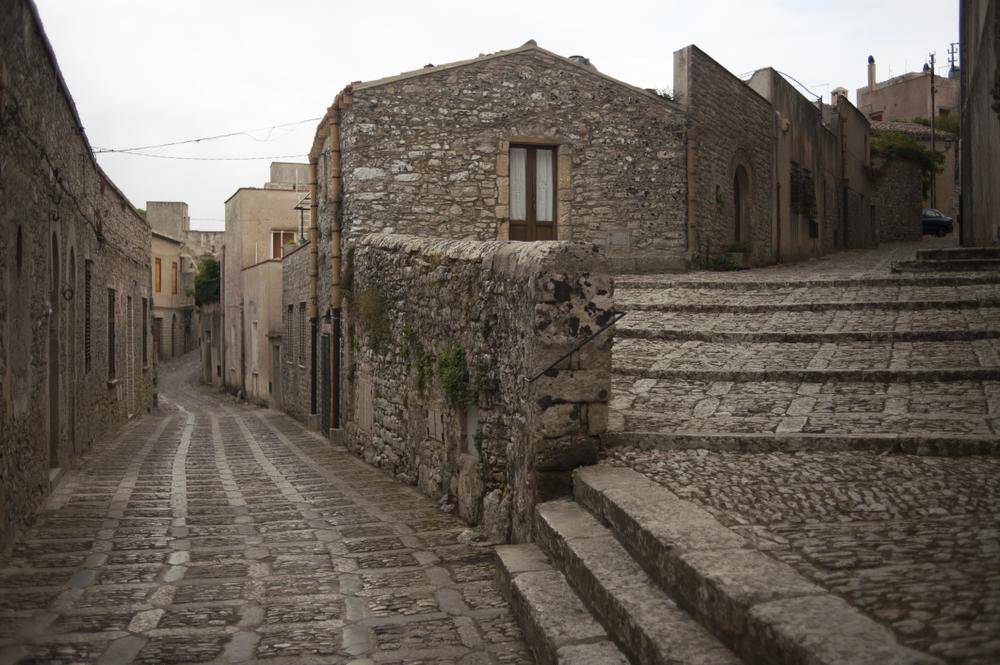 Trapani was founded by the Elymians, a Bronze Age civilization, to guard the nearby mountaintop town of Erice (then called Eryx). Erice is so ancient and revered, Thucydides wrote that the town was founded by the descendants of refugees from Troy; Virgil said that Aeneas visited, twice.

We took the cable car up 750 metres to the top of the mountain to visit it ourselves. I’ve seen many medieval Italian towns, but I understood Aeneas: Erice had something truly special. I ducked off a cobblestone street into the Chiesa Madre, built in 1314, and sucked in my breath: the interior, with its elaborate, icing-like lacework of Norman spirals and swirls, was stunning. Our other friends had to come and drag me out. 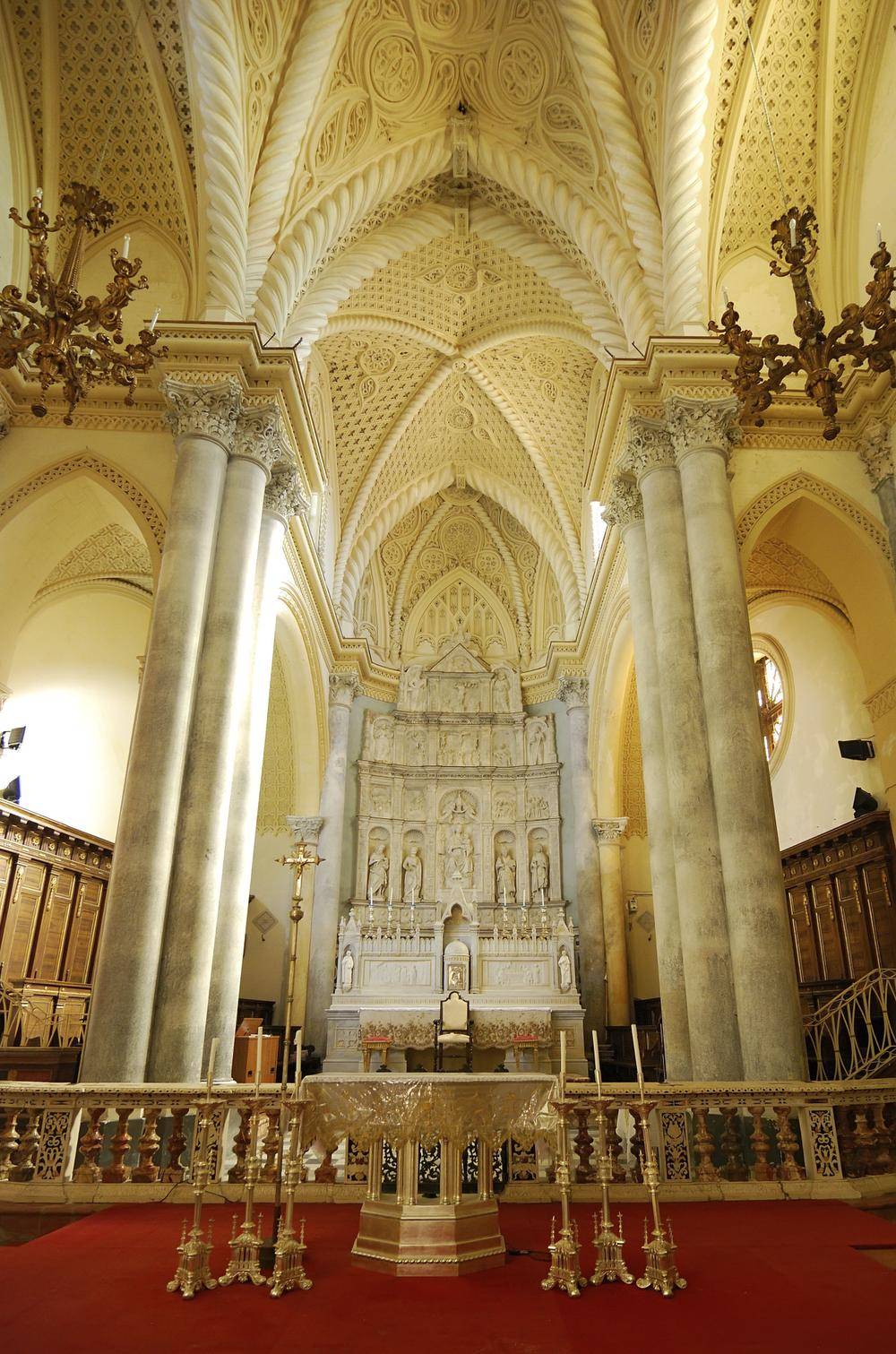 We stopped at Clio’s family’s house, a restored convent overlooking a medieval church (which, incidentally, they rent to guests). As we sat on their balcony, the church bells clanged; people buzzed on the piazza below and lined up at the corner bakery for cannoli and genovesi (local pastries stuffed with sweetened ricotta, cream or Nutella). After a dinner of fresh pasta and fish, we ambled to the Norman Castle, built on the ruins of the ancient Temple of Venus, and past Pepoli Castle, built by the Arabs. Below us, Trapani was a carpet of glittering gems that ceased, abruptly, when they bumped up against the blackness of the sea.

On another day, we drove to Marsala. Slightly larger than Trapani, the university town is the province’s most populous city; by night, its laid-back energy spilled into the streets. On the piazza before the city’s baroque cathedral, a live band played as a crowd danced along.

Better even than our evening in Marsala, though, was our stop in Stagnone, just 10 km north. Stagnone, meaning “large pool,” is home to Sicily’s famous salt pans, first constructed by the Phoenicians some 2,700 years ago. It was one of the most unusual sites I’d seen in Sicily, a vast area of completely flat, still water, dotted with the picturesque windmills introduced to the area in the Middle Ages. And, more strangely, dotted with what looked like glittering cones of snow, and each one larger than I was. 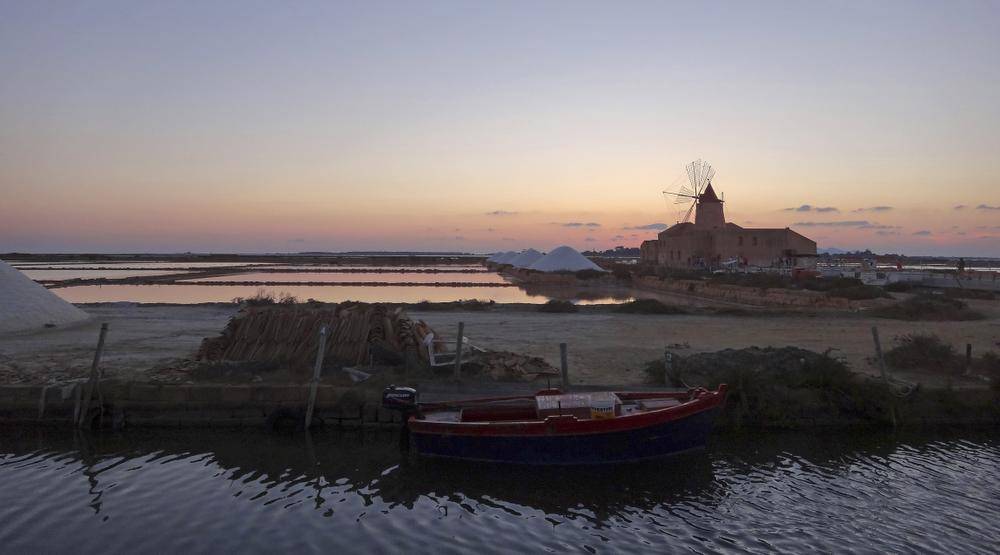 The stillness of the salt pans makes Stagnone one of the area’s finest places to watch the sunset. As the evening turned pink, the colours shone back at us from the water. The air filled with the sounds of people chatting, laughing and the strains of live music; locals gathered for aperitivo at Mamma Caura, an outdoor bar overlooking the lagoon.

“When you come back,” Clio said, pointing, “we have to take the ferry out to the islands.” Islands such as San Pantaleo, with its Phoenician ruins and the remains of a warship – likely wrecked in the 241 BC Battle of the Egadi Islands. And to the island of Favignana, a half-hour ferry ride from Trapani, where she and her friends spent lazy summer days snorkelling in the aqua-blue waters.

I nodded. When I came back, we would do all of those things. And I hoped it was sooner rather than later.

Alitalia, Air Canada and AirTransat offer nonstop flights to Rome, and Ryanair runs budget flights from Rome to Trapani (about one hour). If you want to explore the coastline, rent a car at the airport.

Erice Villas Egadistar must be one of the loveliest places to stay in Erice: yes, this is the restored convent that my friend’s family has turned into a villa for guests. They also run several apartments in the heart of Trapani. From $30 a person. egadistar.it

Located in the countryside 15 kilometres east of Trapani, Agriturismo Don Carlo has not only six sweet, clean rooms and a swimming pool, but homemade meals, cooking lessons and wine and oil tastings from the farm’s own produce. From $44 a person. agriturismodoncarlo.it

The four-star boutique hotel Residence La Gancia, located in the heart of Trapani, has spacious rooms, a swimming pool, gym and breakfast on the terrace. From $103. relaisantichesaline.it

Erice’s Antica Pasticceria del Convento is ignored by many guidebooks – but not by locals, who line up until midnight for the fresh cannoli and genovesi. anticapasticceriadelconvento.it

In Marsala, Ristorante San Lorenzo is a trendy, stylish spot known for its super-fresh fish, from cuttlefish to calamari. Via Garraffa 60; 39-09-23-71-2593