Snowbird Trail is a 12-part series on unusual or different attractions for snowbirds in the Sunbelt.

As home to several grand art institutions, such as the fabulous Dali Museum, Morean Arts Center and Museum of Fine Arts, St. Petersburg, Fla., has long been an ideal destination for those who love arts and culture as much as they love the area's weather and long, white sandy beaches.

In the past few years, though, the arts scene in St. Petersburg has become rather hip, and there is a proliferation of new art happenings and events that are helping redefine the city – and bringing in a fun, young vibe.

Perhaps the most hipster event in town is the annual Tweed Ride, which happens in February. Last year, 350 people dressed up for the second annual edition and took a leisurely hour-long group bike ride around downtown St. Petersburg before finishing at the historic St. Petersburg Shuffleboard Club for a huge party.

"Everybody is dressed in their best tweed, seersucker and vintage, riding through town ringing their bells and waving. It's all very polite," says Christine Page, Shuffleboard Club president and one of the organizers of the Tweed Ride.

The shuffleboard club dates to 1924 and is still pretty much as it was, so the ride meshes perfectly with the old-fashioned feel of the place. "We'd all like to go back in time to see what the club was like back in the Twenties, that's our night to do that," Page says.

Locals love the shuffleboard club, and membership has become trendy. Visitors can play free, however, on a Friday night, and if you visit then you'll find a good crowd of hip young things, families and old-school regulars hanging out to push pucks down the courts. You can BYOB, too, so be sure to pick up some craft beer to stay refreshed while there (but more about the beer later).

Meanwhile in St. Petersburg's old industrial area, artists and craftspeople have set up work spaces, and consequently the area has been relabelled the Warehouse Arts District. This is the perfect place to find affordable art and unique gifts to take home. If you're lucky enough to be in town on the right weekend, you can join in the Second Saturday Art Walk, where more than 40 galleries and studios in the Warehouse Arts District and beyond open their doors. There's a party atmosphere complete with artistic demos, refreshments and live music. There's also a free trolley that transports art crawlers to the various venues taking part, and an online map to help plan out your evening (there's no way you could hit every studio and gallery in one night).

There is fantastic art to be found in the alleyways and backstreets of the adjacent Grand Central District, especially in the alley between 6th and 7th streets just north of Central Avenue. There are huge pieces spanning entire buildings, sometimes sanctioned and paid for by the city, by famous local artists such as Bask, who is a favourite of actor Robert Downey Jr. (Bask's work lined the walls of Downey character Tony Stark's lair in Iron Man 3). Out of the alley, on Central Avenue itself, are neat galleries and studios, book and antiques stores, boutiques and a range of interesting places to grab a coffee or lunch. You could easily spend a day exploring everything this vibrant part of St. Petersburg has to offer, so give yourself plenty of time.

Because looking at art is thirsty work, you'll be glad to know that the craft beer scene in St. Petersburg is growing. Green Bench Brewing Co. was the first to open in September of 2013, and it offers an ever-evolving list of flavourful beers to try, from India pale ales to brown beers, wheat beers and whatever else they're experimenting with. Interestingly, Green Bench might well be the only brewery in the world that uses an oak fermenting tank, known as a foeder, to finish its specialty Belgian styles beers and ales (and you'll see this through the wall of windows inside the bar that look out over the brewery).

Green Bench is a popular spot, and its massive and kid-friendly beer garden is a great place to spend an evening – there's live music on weekends, food trucks and lawn games to enjoy. Three other breweries have opened since Green Bench – Cycle Brewing, 3 Daughters Brewing, and St. Pete Brewing Co.

As beautiful as it has always been, St. Petersburg was long considered to be a spot that catered mostly to retirees. Things have changed a lot, though, in recent years, meaning the city has become a lot more exciting, and that's great for visitors and residents alike.

The writer was a guest of the Loews Don CeSar hotel in St Pete Beach, Fla. It did not review or endorse the story before publication.

Why see the best of Florida when you can see the weirdest?
October 6, 2014
America’s best small town? Here are our top picks
July 4, 2014 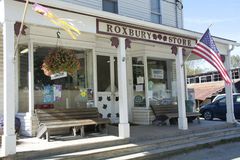