It's 2 p.m. on a Saturday. A crowd of people swarms Gloucester Road as a racket emanates from the windows of a Hong Kong police station. I'm in a 2-by-2 1/2-metre concrete cell along with five other people. At one end is a latrine; at the other, scripted on the wall above Chinese characters, a sign in English that reads: "Drinking water is available for to [sic] prisoners on request." A metal cylinder, twisted and bent like some kind of alien snake, protrudes from a paint-splattered bench.

One of my cellmates, dressed head-to-toe in designer threads, snaps a few pictures with his iPhone, then slips out the door and into the next cell, where another weird work by a local sculptor awaits. It's just another day in the de facto art capital of Asia.

For years, high-rollers from mainland China, Southeast Asia, North America and beyond have come to Hong Kong for its glitzy bars and nightclubs, Michelin-starred restaurants and sparkling shopping malls. But if it was culture one was after, well, they had come to the wrong place. How things change.

"Just 15 years ago, nobody was talking about art in Hong Kong," says William Shung, gallery manager at Pearl Lam Galleries. "But these days art is constantly in the media."

The past few years have seen a growing breed of collectors in China. Thanks in part to the absence of import duties, renowned international galleries have flocked to open Hong Kong branches. Katherine Schaefer, director at Simon Lee Gallery, says every significant player in Asia comes for the Hong Kong International Art Fair (also known as ArtHK), launched in 2008. Last year, Art Basel purchased a controlling stake in the fair, which returns under the new moniker in May.

Beijing and Shanghai may be where most Chinese artists choose to live and work, but when it comes to selling their art, that happens in Hong Kong.

"Hong Kong has made major strides in establishing itself as a global arts hub," says Nick Simunovic, managing director of Gagosian Gallery Asia, citing record-setting auctions, the West Kowloon Cultural District (an in-development cultural project that will feature a museum, theatres and concert halls) and the influx of world-class galleries.

The city is now home to outposts from Britain's White Cube and France's Galerie Perrotin, among others. "In general, people here have a higher awareness of art than ever before," Shung says. "They go through the magazines, see what is on and they go to exhibitions."

Which is how I landed myself in jail during Detour 2012, an annual multimedia art and design festival that threw open the gates to some of the city's most interesting spaces, including the former Wan Chai Police Station. An eclectic crowd of grannies with kids in tow, couples in matching Elvis Costello specs and young women in designer flats walked around admiring interactive sculptures, perusing handcrafted jewellery and posing for pictures with artists.

It was here that I bumped into a twentysomething Chinese man whom I had seen just two days earlier at the Takashi Murakami exhibit at Gagosian. He was visiting from Shanghai with his mom to check out some art and perhaps pick up a piece or two for his new apartment. "It's a good time," he said about the festival. "But for serious art, you go to the galleries in the Pedder Building."

One of the city's last surviving pre-war buildings, the Pedder has become synonymous with art in Hong Kong. Drawn to its strong architectural features, including as 3.6-metre-high ceilings and hardwood floors, major international dealers including Ben Brown Fine Arts and Gagosian have opened bespoke spaces there. The former introduced the city's residents to works by big names such as Candida Höfer and Ron Arad, while the latter has showcased Lichtenstein and Zheng Fanzhi exhibitions. Last May, London's Simon Lee Gallery opened a space next door to Ben Brown, and Pearl Lam Galleries opened three floors up with an exhibition of Chinese abstract works.

But big names aren't the only players in town. Walk down the small streets of the trendy Sheung Wan District and you'll find galleries side by side with cool design shops, bars and cafés. Salon No. 10 is, perhaps, the scene's epicentre. Sipping handcrafted cocktails in the lounge feels like being on a Wes Anderson film set, complete with bookshelves lined with classic tomes and submarine-inspired white leather banquettes with brass portholes. I overhear a group sitting next to me discussing the Wu Xue Lian paper-and-ink exhibit happening nearby at EC Gallery. "I have to go back!" one woman exclaims.

"Hong Kong is absolutely a city with vibrant artistic talents," says Emmanuel Perrotin, a French art dealer who last May opened an outpost to his Paris gallery. "In recent years, there have been more Hong Kong galleries cultivating and promoting young local artists."

His spacious 17th-floor gallery in the Central District offers awesome views of Victoria Harbour and 16 large black-and-white photos of locals pasted on the roof of an elevated footbridge, part of the Inside Out Project by French artist JR. The effect is one of city dwellers staring at the skyscrapers around them. It's a fitting symbol of Hong Kong's art scene: Things are definitely looking up.

The Ritz-Carlton Hong Kong is the place to score bragging rights. You'll sleep in the world's highest hotel and do laps in the world's highest swimming pool. East meets West interiors include touches of gilded wood, leather and marble in public spaces and high-tech gadgetry in guest rooms set 1,600 feet in the air. 1 Austin Road West, Kowloon, 852-2263-2263, ritzcarlton.com/hongkong

Island Shangri-La Ride a glass elevator, from which you can admire a 16-storey silk mural (the largest Chinese landscape painting in the world), to your suite. Rooms feature lacquered Chinese cabinets that hide flat-screen TVs, crystal chandeliers and silk curtains that open to windows overlooking Victoria Harbour or the verdant Peak. Supreme Court Rd., Central, 852-2877-3838, shangri-la.com/hongkong/islandshangrila/

208 Duecento Otto features a vibrant street-level bar and an intimate dining-room upstairs where the chef prepares rustic Italian dishes such as tagliatelle Bolognese with handmade ricotta. Pair your meal with one of the 20 wines by the glass. 208 Hollywood Road, Sheung Wan, 852-2549 0208, 208.com.hk

Tim Ho Wan Mak Kwai Pui, former dim-sum chef at the Four Seasons, presides over what is lauded as the most affordable Michelin-starred restaurant in the world. Instead of fancy decor, this hole-in-the-wall eatery offers melt-in-your-mouth dishes such as fresh shrimp dumplings and baked bun with barbecue pork. 9-11 Fuk Wing Street, Sham Shui Po, Kowloon.

Art Basel Hong Kong The fair will feature museum-quality pieces by proven masters and new works by up-and-comers. May 23 to 26, 2013, artbasel.com

Star Ferry Time your harbour crossing to just before 8 p.m. to take in the nightly Symphony of Lights: waterfront buildings incorporate lasers and fireworks set to music.

Celeste Moure travelled courtesy of the Hong Kong Tourism Board. It did not review or approve this article.

Celeste Moure travelled courtesy of the Hong Kong Tourism Board. It did not review or approve this article. 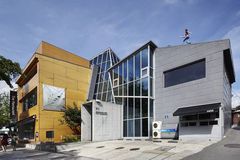 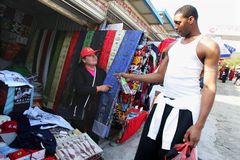 I’ve always dreamed of hiking in China. Any suggestions?
August 10, 2012 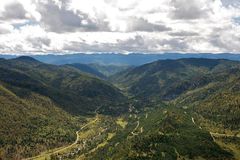