Tripping columns offer readers a chance to share their adventures – those times when, far from what's familiar, you're forced to improvise in the midst of a wild and crazy travel moment. They are the stories you can't wait to tell when you get home, and you're still telling years later.

All I wanted for my 40th birthday was a relaxing Scottish holiday. I wanted to be surrounded by heavenly brogues (and if Four Weddings and a Funeral actor John Hannah was around, all the better). I wanted to shop for tartan and tweed. I wanted lazy drives in the sheep-dotted, heather-carpeted countryside.

But after a few days all I wanted was to live to see my 40th birthday.

My husband Marc mastered left-side highway driving and was thrilled with standard transmission after an eight-year, easier-to-drive-automatic-with-kids hiatus.

On day four we left Southern Scotland for the Highlands. We roamed Dunkeld, where Beatrix Potter drew inspiration for Peter Rabbit, and toured Pitlochry's Edradour, the country's smallest distillery. We hopped on a lonely back road to the Cairngorm Mountains. My lazy drive through the sheep-dotted, heather-carpeted countryside was near.

And then we turned onto the B976. A boyish grin grew on Marc's face when he saw how the road dipped and climbed. He gunned the engine. I gripped my seat. Once you're on this stretch of road you're committed. You're committed even when an enormous tour bus barrels over the upcoming hill and appears dead ahead on the narrow one-lane, two-way back road. The bus had no intention of stopping. Or slowing. Marc's boyish grin quickly disappeared.

Our only chance was to make it to a "passing place," a car-length pull-off carved into the shoulder of the road. Wide-eyed and white-knuckled, we veered off just in time to see the bus driver smile and give us the thumb's up. I wanted to give him a different finger, but I'm a polite Canadian tourist.

Our survival was rewarded with the two-lane A939 and breathtaking views of the Cairngorns' barren landscape: We marvelled at the single white farmhouse perched remotely on a low green rise against a deep blue sky, surrounded by sloping fields of heather, punctuated by intrepid sheep that met our prying eyes. We made it to Inverness a little worse for wear, but laughed off the day's adventure and looked forward to the trip to Glasgow.

Driving south along Loch Ness and the other lochs that cut through the Great Glen, a glacial rift valley created 400 million years ago, reminded me of Quebec's Laurentians; winding roads, pine forests, tranquil lakes, but with majestic castles along the shores. And narrow lanes.

We clunk-clunked into nearby Fort William. Marc replaced the tire while I stewed (where are you John Hannah?) and stared up at Ben Nevis, a former volcano and, at 1,344 metres, Britain's highest mountain. An hour later, car ready, we pushed onward and managed to see some spectacular sights – winding, nerve-racking roads be damned.

We arrived in Glasgow drained. But I was going to sleep well knowing that our last two days would be filled with shopping and heavenly brogues. And that I'd make it to 40. There'd be no more driving.

Share your 500-word adventure with us. Send it to travel@globeandmail.com.

We want romance, adventure and whisky in the Scottish Highlands in winter. Any suggestions?
September 16, 2011 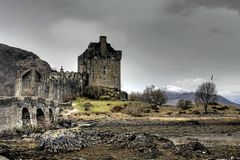 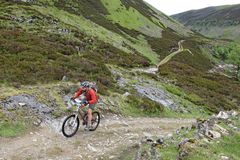 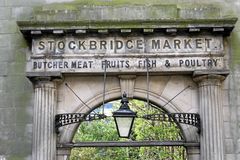