On my first seven-hour BC Ferries voyage from the province's northern mainland to this remote 150-island archipelago, it was still officially named the Queen Charlotte Islands. I quickly fell for its edge-of-the-world appeal, First Nations heritage and population of welcoming locals.

One of these was Andrew Merilees, who guided me to some of the region's less-accessible gems. Merilees still runs his tour company (haidagwaiidiscovery.com) and is also the mayor of Masset, one of the islands' larger communities. He's not surprised Haida Gwaii tops many must-do travel lists. "There's nowhere in Canada more mythic and magical," says Merilees, who believes the region's natural splendours – from surf-battered beaches to forest-backed clifftops – coupled with its indigenous culture are the main lures.

Many visitors start by flying into Skidegate then trying to see as much as possible. But "island time" is a way of life here and you'll connect to Haida Gwaii more deeply if you slow down. The best way to begin? Join the locals on that languid ferry ride from mainland Prince Rupert.

Once you've docked, though, you'll need a way to get around. "Rent a car or bring your own on the ferry," advises Merilees. "There's no bus service and taxis are just in the major centres."

He suggests must-see visits to the totem-fronted Haida Heritage Centre as well as Naikoon Provincial Park for a Tow Hill forest hike and a breathtaking North Beach stroll – on my second visit, I beachcombed here in the sun as locals plucked writhing crabs from the surf. On rainy days, I'd also recommend downloading the Art Route brochure at gohaidagwaii.ca and exploring the islands' many artisan studios.

Since rental rates are high here and roads are often very rough – many opt for guided tours for at least part of their trip. And that is best option for experiencing Gwaii Haanas National Park Reserve, the southern portion of the archipelago and the main source of those "mythic" and "magical" labels.

The forests are jaw-droppingly pristine with the evocative remains of old Haida settlements, and only accessible by boat or float plane. Merilees says that's key to its appeal. "Haida Gwaii is totally different from the water," he says, adding that encountering an abandoned village on the tree-fringed shoreline is a highlight.

Wherever you go in Haida Gwaii, hang with the locals as much as possible. You'll overhear gossip at the laid-back, whalebone-lined Moon Over Naikoon bakery, while a stay at Copper Beach House B&B – described by Margaret Atwood on Twitter as "luverly" – should fill you in on any local knowledge gaps.

For memorable dining, don't miss Keenawii's Kitchen where Roberta Olson opens her waterfront home for seafood feasts. On one of my visits, I gorged on dried seaweed starters, shrimp and clam chowder and several dishes of butter-soft halibut, salmon and lingcod. Which reminds me: it's about time for my next visit – perhaps during August's Edge of the World Music Festival.

NEXT WEEK: Where are the best places to visit in the spring? What's been your experience? E-mail us at concierge@globeandmail.com. 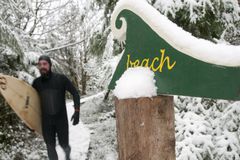 Haida Gwaii: Where the big fish come to play 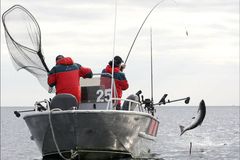 Splash out – weather’s just a state of mind 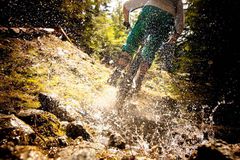