You'll be hard-pressed to find someone who loves Germany who will be thrilled that Frankfurt is your only stop in the country. As a financial centre, Frankfurt am Main (its proper title) has a big-city feel that's at odds with more popular German touchstones – the mystery of the Black Forest, the romance of the Rhineland or the cultural breeding ground of Berlin.

But lots of people touch down here for a short while. Frankfurt Airport is a major hub for Europe and Asia (last year more than 54 million people passed through), and millions of business travellers stop by for conventions.

Yes, the city's skyscrapers tower over the picturesque old town – and its downtown is diminished by a blue, 15-metre-high euro symbol that lights up at night. Get up close to the city, though, and you'll discover an energy and enchantment worth exploring. Frankfurt's nickname – Mainhattan (the city is built upon the River Main) – gets tossed around as an insult, but how can a comparison to New York's most vibrant, glitzy borough be bad?

So get out of the airport (trust me, you'll want to) and head into town. Here are the highlights not to miss on your layover, whether you have just three hours to spend or, lucky you, a whole day.

THREE HOURS: the river walk, the Dom, the Aldstat Find the S-Bahn (above-ground) and U-Bahn (subway) stations below Terminal 1 and buy a ticket to Hauptbahnhof (€4, about $8), Frankfurt's stately central station, just three stops and 15 minutes away. Once on the street, look back and admire the stone carvings of the station's Renaissance revival facade. Cross the busy street, and not more than 60 metres from the crosswalk, at No. 4 Am Hauptbahnhof, you'll see a plaque hanging outside a scruffy building that was once the home of Oskar Schindler, the German industrialist credited with saving more than 1,000 Jews during the Holocaust.

Head south toward the river. The banks of the Main are a popular spot for biking, jogging and watching the workaday barges and pleasure boats passing by. As you stroll east under the plane trees, look across the canal and you'll see the mansions on the south embankment that make up Museumsufer, a more-than-kilometre stretch of museums. (Factor in a longer stay if you want to tour any of these.)

Continue eastward along the river until you pass the Eiserner Steg pedestrian bridge (you might see newlyweds fastening a padlock of love to the ironwork, a tradition that's left hundreds of them lining the railings). Here, turn away from the water into the Altstadt, or old town. In 1944, much of it was destroyed by Allied bombs, but careful reconstruction – particularly in the Romerplatz, or main square – makes it easy to picture what it may have looked like centuries ago. Enter the Dom St. Bartholomaus, a red-sandstone 15th-century church whose tower is as much a part of Frankfurt's skyline as the skyscrapers. Inside, it's dark, cool and quiet. Sit down for a quick rest and collect your thoughts as you admire the statuary and strikingly contemporary original wallpaper in the only corner that survived bomb damage.

FOUR HOURS: Goethe haus, Wacker's Kaffee It's not a long walk to the childhood home of Johann Wolfgang von Goethe, Germany's most famous writer and intellectual. Many rooms are furnished with late baroque pieces and art, which makes it feel as if the Faust author just stepped out. Burned to the ground in the Second World War, the house was lovingly rebuilt from its original plans. (Before you head upstairs, take a close look at the first four steps: They are all that remain of the original 17th-century house.) Most tours are in German, but English speakers can pick up a laminated brochure for a self-guided tour. The €7 ($9) entry fee also gets you access to the adjoining Goethe Museum and art gallery.

Need a coffee? Take in the local tradition of kaffeeund kuchen at the atmospheric, aromatic Wacker's Kaffee (9 Kornmarkt). The family-run roastery is something of a legend in Frankfurt and this location was the first, opening in 1914. The coffee is excellent, the cakes are worth the calories and the shop is always packed. Find a table at the back or take your mug out front.

FIVE HOURS +: Jewish memorial wall, Old Sachsenhausen Learn a little of Frankfurt's rich Jewish history by heading east about six blocks along Berliner Strasse. If you don't have time to go inside Museum Judengasse (10 Kurt-Schumacher-Strasse), you'll miss a chance to see just how cramped life was in this medieval Jewish quarter. (Bank on a couple of hours here if you're curious.) Keep walking east (onto Battonnstrasse) until you spot the Memorial at Neuer Borneplatz, a wall of 12,000 cubes bearing the names of Frankfurt Jews deported and killed by the Nazis. Stretching down a city block, it's quite a powerful sight. One square will have more pebbles on top. The name inscribed on it? Annelies Frank. The famous diarist was born in Frankfurt and later moved to Amsterdam with her parents.

Find the wrought-iron gate and peek through at a peaceful, if odd-looking Jewish cemetery. At one end, are rows of moss-covered tombstones hundreds of years old, tilting or falling into the earth. At the other, the ground is clear but for a large stone cairn. Nazis went on a grave-destroying binge here but were interrupted two-thirds of the way through. This circular wall of broken tombstones was built to try to erase the hate.

You could likely now use a drink. Head south again toward the river and cross one of the many bridges into Old Sachsenhausen, also known as the apple-wine district. Apfelwein is refreshingly tart and poured from blue-and-white stone jugs in every pub and restaurant here. Seek out Lorsbacher Thal, a traditional restaurant (run by the same family since 1803) tucked into a cobblestone side street. Slide into one of its long wooden tables and decide whether to take your apfelwein "sweet" (mixed with pop or juice) or plain. Need something more substantial? Order grillhaxe (€11), a platter of roasted pork knuckle that is a tasty work of carnivore art.

On your way back to the Hauptbahnhof, cross the river on the iron pedestrian bridge (Eiserner Steg) that you passed earlier and look up at the Greek sign perched on the arch. It roughly translates to: "Sailing on a wine-dark sea off to foreign shores." It's meant to encourage locals to learn more about other cultures – which is exactly what you've been doing. Now, make sure you don't miss your next flight.

IF YOU GOiter was a guest of the Lindner Hotel and worked with a tour guide courtesy of Frankfurt Tourism. Neither approved or reviewed the story before publication.

Lindner Hotel & Residence Main Plaza If you stay for too much time in the apple-wine bars, you can find one of the city's better hotels close by. The Lindner is a contemporary suite hotel on the south side of the Main, well-known to German business travellers for its luxe amenities and a fantastic spa with swimming pool, saunas and steam bath. The staff here also speak better English than many English speakers. Rooms from €79 to €399. 1 Walther-von-Cronberg-Platz

Closer to the old town, it's hard not to fall in love with the city's grand dame: the Steigenberger Frankfurter Hof. Built in the late 19th century, this five-star, 321-room hotel is in the centre of the city and around the corner from Goethe Haus. Rooms from €199. Am Kaiserplatz

The writer was a guest of the Lindner Hotel and worked with a tour guide courtesy of Frankfurt Tourism. Neither approved or reviewed the story before publication.

A German airport hotel worthy of a stopover
December 21, 2012 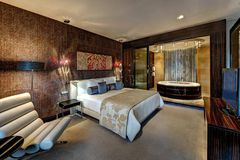 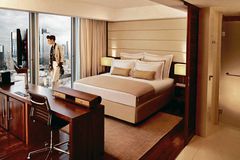 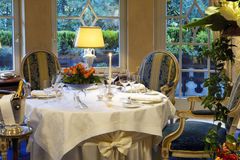